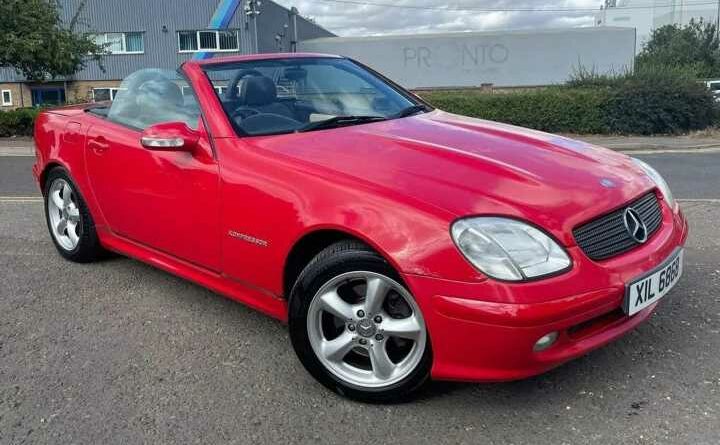 Summer slipping through your fingers? There's still time to enjoy it – and with almost no money down…

Let the devil take the hindmost. That’s one of those weird phrases you hear older folk using every now and then. You know, people who might have read a book at some point in their lives.

The only document of any length that Shed has bothered to read is the Sale of Goods Act, which is the reason why he shouts ‘let the devil take the hindmost!’ as a cheery goodbye to anyone he’s just sold a slightly dodgy car to. He’s banking on them not knowing what it means. He’s usually right in thinking that too. Do you know what it means? Look it up and find out.

Weird stuff we don’t fully or even partially understand happens all the time, but because British people in general are quite polite we usually just shrug and carry on.

The interior design of today’s shed, a Mercedes SLK 230 Kompressor, fits nicely into the ‘why did that happen?’ category. Some might ask that same question about the whole R170 SLK exercise, pointing in exasperation to its poor quality interior materials and fasteners, its blocking drain channels, its hard and sometimes creaky ride on anything other than a billiard-table-smooth surface, its high levels of road noise, its dull steering etc etc.

It is true that, for the last six years of its eight-year run from 1996 to 2004, the R170 did fall victim to the evil cost-cutting spell of the DaimlerChrysler conglomerate set up in 1998. Anyone who has had the opportunity to drive the disagreeable Chrysler Crossfire (built on the same shortened C-Class platform as the SLK) will probably understand at least some of the negativity.

But at the time of the SLK’s launch, none of that mattered to buyers. The important thing was that the SLK (whose design was overseen by M-B styling legend Bruno Sacco) was a sharp looking and, for M-B especially, compact rear-wheel drive sports car with decent performance and a then-novel electro-hydraulic metal ‘vario-roof’. This combination seemed to hold a special appeal for female drivers who formed an orderly premium-paying queue to buy them. Later, irrespective of gender, those of a lanky stature found that they also liked the SLK because there was plenty of legroom in the electrically adjustable driver’s seat, even if the actual driving position was a bit offset on right-hand-drive models.

Once comfy, they found that higher-powered SLK Kompressors went all right too. The 2.3 litre supercharged four in 2000-on 230s like our shed got a small horsepower boost to 194hp from the original 190hp which, coupled to a 207lb ft wodge of torque from 2,500 to 5,000rpm, trimmed the manual’s 0-62mph time from 7.4sec to 7.2sec and upped the top speed from 144mph to 150mph. If that wasn’t enough for you, a remap and a new supercharger pulley would deliver very nice performance improvements for not that much money, albeit at some cost to your already not great official standard combined fuel consumption figure of 28.8mpg.

This 75,000-mile 230 seems nicely original with what look like factory 16in alloys and one of the classically uncoordinated interior designs that Mercedes has always been so good at. We’re assured that the vario-roof is in working order. The MOT runs to next July. It mentions worn rear tyres, a non-excessive diff oil leak and some steering play. It also mentions the EML light being on, but as testers have been patiently mentioning that since 2018 we can probably safely slap a bit of gaffer tape over that and forget all about it.

There appears to be some corrosion on at least three of the wheelarches/wings, but when it comes to Mercs of a certain age that’s a bit like saying there’s dust on the Moon. Shed’s crud-encrusted Amstrad screen doesn’t show any rust spots on the bootlid, which is the other main danger area on these. If you’re a proper shedman you’ll know not to expect mint condition from anything costing £1,500 nowadays.

Shed certainly isn’t bothered by the condition. For him, concours is a game you play with horse chestnut seeds tied to lengths of string. As a W124 owner he looks forward to the annual rite of roughly sanding down the wings on his W124 before clumsily spraying rattlecan silver onto what is revealed. By not bothering to shake the can beforehand, he gets the authentic shedman’s IDGAF finish of paint gobbets, underspray and of course the all-important overspray that he throws in to give other know-it-alls something to talk about. The whole job never takes him more than three minutes a side. There might be more paint than metal in some parts but none of it’s structural so he gives no hoots.

Going back to mystery language for a minute, many languages have words for which there is no English equivalent. The Turks have a word. Well, they have more than one word, obviously, but hüzün is the one they use to describe the gloomy feeling that things are in decline and that the situation will only get worse. Surely we Brits should have a version of that? Here’s another one we don’t have, and this will come as a surprise to some PHers in particular: litost, the Czech word to describe the humiliated despair we feel when someone accidentally reminds us, through their own accomplishments, of everything that has gone wrong in our own lives.

Because of his marital difficulties Shed experiences litost on an almost daily basis. He is hoping that he won’t get a double dose of it from forum posters pointing out mistakes like the one he made the last time we had one of SLK 230s in SOTW, over five years ago, when he declared that they only came with automatic gearboxes. A classic mokita, as the Kilivila-speaking Trobriand people of Papua New Guinea might say. 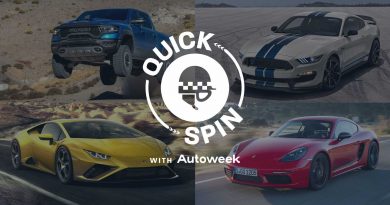 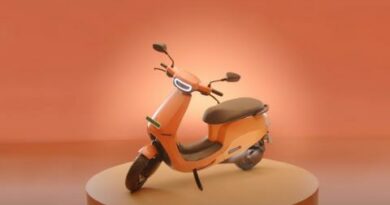 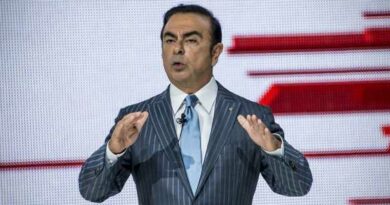 American Father and Son Sentenced for Roles in Ghosn Escape