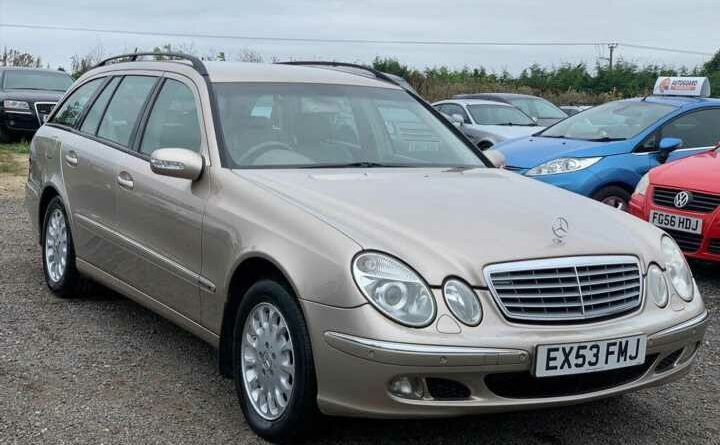 An E-Class wagon is a shed big enough to haul a shed. When it's not seating seven…

As some of you may know, Shed fancies himself as a bit of an inventor. Unfortunately none of Shed’s wheezes have ever made it into the public domain, even the really brilliant ones like the motorist’s tinfoil suit which, in combination with a metal dash and steering wheel and a computerised magnetic field would end all contact between the passenger and the inside of the car in an accident.

Shed puts his failure to hit the big time down to bad luck. His hero was Percy Shaw who invented reflective ‘cat’s eyes’ in the middle of the road, often described as the most brilliant road safety invention ever. The idea came to Percy when a cat walked towards his car at night. Shed had a similar experience, but in his case the cat was walking away from him and both the pencil sharpener and towel holder had already been invented.

In another cruel turn of fate Shed came up with the seven-seater car long before Mercedes released theirs. The prototype that he unsuccessfully hawked around the Midlands-based British car industry in the 1950s was his dad’s Morris Oxford saloon with two extra seats bolted onto the bootlid, whereas some clever dick at Mercedes put the seats under cover in the back of an estate. Such are the tiny margins between success and failure.

Shed managed to set aside his bitterness, cracking his wallet open a few years back for a 7-seat 1996 S124 E300 diesel estate. He will never sell it as it is the most practical car he has ever owned, swallowing all manner of oversized cargo up to and including substantial items of furniture and Mrs Shed. He’s never actually seen the reverse-facing seat in the boot because the hinges are seized solid, but he knows it’s in there somewhere and that’s enough for him to be able to appreciate the genius of it.

This week’s shed is an early example of the gen-three S211 E-Class estate. The S211 is considerably bigger on the outside than the S124 but, thanks to the industry’s inexplicable decision to go down the airbag route instead of adopting Shed’s magnetic crash protection idea, the newer car’s heavily padded and curvier cabin is less capable of hauling boxy cargo than the more rectilinear S124. It’s all relative though. Any E-Class estate is a big unit that will do a good job of keeping you away from van hire outlets.

The MOT on this E320 diesel is short, to December, but previous tickets hold out hope for another clean pass just like last year’s. You may be wondering where all the corrosion is. After all, everybody knows that Mercedes vehicles around the beginning of the new millennium had next to no rust protection. Well, yes, but as from the first quarter of 2003 all the steel panels on W and S211s were galvanised; our shed is from the last quarter of 2003 and hence protected, explaining why it still looks solid and why no structural rust issues have popped up on past MOTs.

Other problems can occur with W/S211s though. Unlike Shed’s S124 which has no wiring or ECUs under its damp carpet (blame the window seals), 211s did. As a result of that, and of the sort of complication that makes Shed feel nauseous, pre-2006 211s in particular had their fair share of electrical issues, including but not necessarily limited to brake light switch failure that could trigger the ESP warning light, or water damage that could wonk up the weight sensors in the seat, illuminating the SRS light. Crank position sensors were known to play up too, and coolant often preferred life in the transmission rather than in a rotten old Valeo radiator.

If you’re interested in this car you’d be well advised to check that the Sensotronic Brake Control pump has been replaced (warranty replacements should have a yellow label on them showing the fitment date) and although our shed looks pretty level the airbags for the self-levelling rear suspension can leak. Shed had that problem on his S124. It’s not a massive job to replace them though and now he thinks nothing of loading it up with vast quantities of logs for burning in the converted tugboat boiler that he uses to warm his workshop. He would have liked to have used it to take his Jack Russell dog Bingo to obedience classes but the blooming thing would never get in. 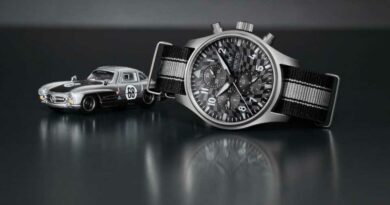 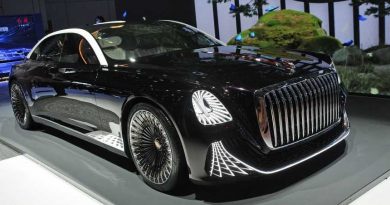 China\u2019s Red Flag Looks to the Past for Inspiration 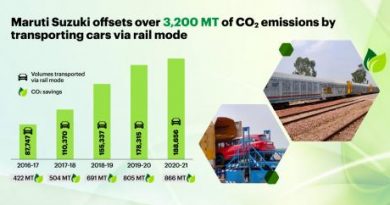 ‘Do not wait’: Elderly motorists urged to have eyesight tested to avoid ‘reckless driving’
Racing