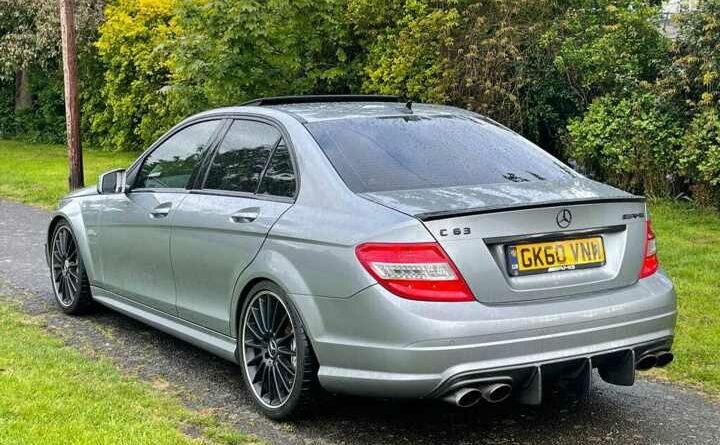 Early C63s are getting cheap. They might not be for long

The values of many ageing performance cars are rarely considered, only crossing the line into mild news when an unexpected auction result (or optimistic advertised price) brings a “how much?” moment. But the prices being asked for some are scrutinized more closely than technology stocks, their every fall or rally carefully analysed as they approach benchmark figures.

The first-generation Mercedes C63 has long been in this latter category. This is a car that has always been regarded as pretty special, but has started to seem much more rare and exotic as the world has moved on and it has become obvious we will never see anything like it again: a C-Class with a naturally aspirated 6.2-litre V8.

The C63’s growing distance from the downsizing Zeitgeist has led to an equal-but-opposite equation to stabilise prices in recent years. One side of this features the entirely expected force of depreciation; a weighty force given that the newest V8-powered W204s are now seven years old. The other is a growing belief that future seekers of late combustion classics are likely to regard the C63 as a truly special outlier, and ultimately be prepared to pay for it accordingly. So although early cars dropped below £20,000 more than five years ago, the rate of decline has since slowed dramatically. Our Pill is one of the first in the classifieds to be offered below £15,000, and you don’t need much imagination to see values moving back into positive growth soon.

The story of the C63 is mostly that of its spectacular powerplant. This was the ‘M156’ V8, an engine that AMG had persuaded Merc’s senior management the tuning division should be allowed to develop by itself. Created around the brief of making both road-going and motorsport versions, development was led by Wolf Zimmerman, who later moved to Lotus under Dany Bahar and is now in charge of Ferrari’s F1 engines. It featured such exotic tech as a rigid Formula 1 style bedplate to better locate the main bearings, used an aluminium-silicon alloy for both block and cylinder heads and had a forged crankshaft and connecting rods.

Having been introduced at the facelift of the W211 E-Class in 2006, the M156 soon spread throughout the upper reaches of the Mercedes range, with the ML, S-Class, CL, CLS, CLK and SL rapidly gaining it. The big question was which of the smaller AMG variants would also get it. We soon learned it was too big and muscular for the SLK, which stuck with the older 5.5-litre M113. The AMG W203 C-Class had also used this smaller engine, but when Mercedes replaced this in 2007 it was confirmed the successor W204 would move to the M156. The C63 launched in saloon and estate guise the following year.

It was an inspired choice, one of the greatest examples of the small car – big engine combination that has created many performance heroes. The new engine had been downtuned slightly to ensure the cheapest AMG saloon didn’t get to be faster than its bigger sisters, officially making 451hp as launched – the contemporary E63 having 507hp – but that didn’t stop one U.S. mag from blasting the C63 from 0-60mph in just 3.9-seconds. But having been stung by criticism of the W203 C43 and C55’s stodgy handling, AMG also gave the C63 a much heavier package of revisions. These included new front suspension, a much faster steering rack than the regular C-Class and the fully defeatable stability control system it had denied previous C-AMG buyers.

Even in turned down guise the mighty engine gave the C63 a comfortable power advantage over its most obvious rivals. Both the E90 BMW M3 and B7 Audi RS4 made 414hp from their much smaller naturally aspirated V8s, and the torque difference was even more marked. The AMG’s 443lb-ft peak might not look outrageous in these turbocharged times, but it beat the Audi by 126lb-ft and the BMW by a massive 148lb-ft. On paper, this was a grenade at a knife fight.

Despite its manifest awesomeness, early critical reaction usually didn’t go the AMG’s way. Reviewers agreed that the W204 was a huge improvement over its predecessor, but against the sublime M3 it was often found slightly lacking when it came to the sort of apex-fondling ten-tenths performance that turns roadtesters truly frothy. Yet as an all-round proposition the brawnier and rortier Mercedes was close to unbeatable, especially given its low-tenths civility thanks to its smooth shifting autobox, pliant ride and instant go.

The C63 had another superhero ability too, one that many owners would discover on empty roundabouts or quiet industrial estates: a remarkable talent for spectacular, controllable power oversteer. When equipped with the all-important optional limited slip differential the baby AMG’s combination of mid-range torque and an indulgent chassis enabled it to be drifted more easily than almost anything else. Which wasn’t fast, but was certainly fun.

Our Pill is a 2010 saloon version with the Performance Pack, meaning it has the LSD, with its (just) sub-£15K pricetag seemingly due to both 132,000 miles and what could be anticipated market suspicion over a modest amount of visual non-standardness. None of this is particularly egregious: the spoked alloys have been repainted black, as has exterior badging and boot spoiler, the darkening also extending to rear privacy glass. It has also gained a much more aggressive diffuser element beneath the rear bumper than the one it will have left the factory with, and wears its front numberplate in the unorthodox position inside the windscreen. The lack of a mounting plinth for the plate suggests the car has been running like this for some time. Which, as we all know, is naughty. It also seems to be sitting slightly lower than the standard car.

The selling dealer loves capital letters, but also promises both a full history and a recent service. The MOT history doesn’t throw up anything too alarming, but features two fails for worn rear tyres – these coming two years and 16,000 miles apart – plus two more recent advisories. Running costs will always be spicy – a 20mpg global average is a good score, tax is full wallop and anyone with an imperfect insurance record is likely to have to dig deep. Mechanically they are regarded as being tough, but even small issues can bring big bills.

Our Pill shows where the bottom of the market is at present, a place that is always going to require a more robust attitude to risk than paying more for an obviously cherished example. Or, summarized: small car, big engine, modest price. 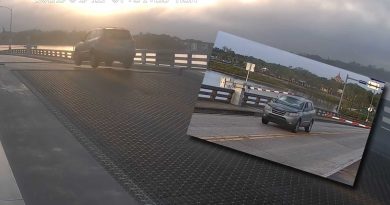 It Finally Happened: Someone Landed An Ill-Advised Drawbridge Jump 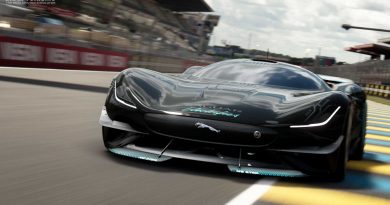 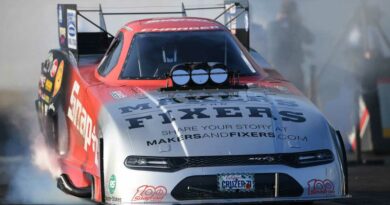