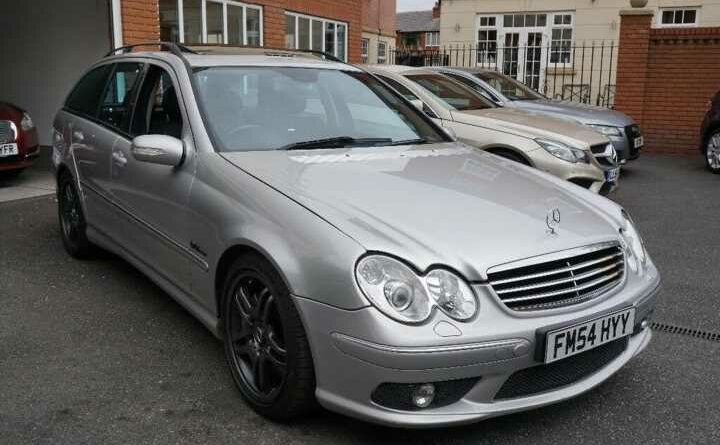 Snakes alive – all the fives!

Anyone who has been diligently playing the game of Brave Pill Bingo will see that most AMG variants have at least one splodge of ink on them. Given the column’s mission of celebrating risky (but affordable) thrills it would be hard for this not to be the case, with most of the AMG models produced in the last decade of the 20th century, and the first decade of this one, being both enticingly cheap to buy and usually expensive to run.

Yet here is one we haven’t previously put a cross through in nearly three years – the 55 version of the W203 C-Class. Or, to be more precise, the rarer S203 estate variant. With the combination of 362hp, right-wheel drive, 155,000 miles on the odometer and an enticingly low £8,949 price tag it maxes pretty much every BP criteria.

Not that the basic W203 is likely to be remembered warmly. Or even tepidly. Most would agree it wasn’t the worst C-Class – its squarer, rust-prone W202 predecessor that had the near impossible job of replacing the 190E is generally regarded as the franchise’s lowest ebb. But the W203 is the running-up loser, especially when compared to the E46 BMW 3-Series it overlapped with, and which beat it like a red-headed mule in pretty much every magazine comparison test that featured both.

The V8 version was always more special than its lesser sisters, of course. But buyers had to wait for it. The first AMG W203 was the C36, which had a supercharged V6. Some markets were even offered a C30 CDI AMG, with the even less likely option of a five-cylinder diesel, although that one was never sold in the UK. But in the background the tuning division was working on something more special with a more brand appropriate number of cylinders.

The C55 arrived in 2005, using AMG’s reworked version of Merc’s triple-valve M113 V8 in 5.5-litre guise. The engine wasn’t new, having already featured in most of Merc’s bigger models, and even having been offered in the very late W202. But for the new C-Class it got more power and snapper responses.

The V8 was the starring feature, no doubt. These days the M113 is overshadowed by the zingier and more muscular ’62’ M156 engine that followed it, but the earlier engine was still big on both performance and character when it was launched. It was strangely quiet at idle, lacking the “wob wob” idle of AMG’s later V8s, but it sounded impressively snarly when poked with a stick and, once unleashed, delivered relentless acceleration all the way to slightly north of the official 155mph limiter, and had enough torque to offset the sometimes slushy responses of the standard five-speed auto. AMG didn’t offer steering wheel gearchange paddles for the transmission, but rather strange resistance-free switches – although it was hard to argue against the credentials of a practical four-seater with a sub-5 second 0-62mph time.

Off the straight and onto the narrow, the C55’s case waned. It was hugely fast, but it never possessed much of a sense of fun. The steering was relatively low geared and short on both resistance and feedback. The chassis had huge grip up until the point when it suddenly didn’t, the transition abrupt and without much of the slidey playfulness of the best rear drivers. It was a machine for going fast, but not one for going sideways – an impressive high-speed cruiser rather than a natural athlete.

Yet there were other areas where the C55 was better than its BMW rival beyond acceleration and V8-iness. Being launched as a saloon gave it a level of everyday practicality that the coupe-only BMW couldn’t match, buyers wanting a four-seat M3 had to wait until the launch of the E90 in 2007. AMG’s agnostic approach to bodystyles, happy to build any there was reckoned to be demand for, also led to the creation of a practical estate version, with the S203 C55 boasting more loadspace than the contemporary Audi RS4 wagon.

Which seems like the perfect time to introduce our Pill, a 2005 estate in what appears to be fully loaded spec. It is finished in the metallic silver that was pretty close to dress code for W203s of this era, although it now sits on the black-painted allows which will get some commenters frothing – and has been given blacked out rear badging – these changes would be easily reversed. Beyond that it looks both original and impressively fresh in the photographs, neither exterior or interior showing any obvious signs of the wear or mileage. The front seats are particularly impressive, seemingly unmarked by what must have been thousands of hours of use over the last 16 years. The original COMAND infotainment system has been binned at some point, which has dinged the originality but is no great loss in terms of usability. This has been replaced with an aftermarket double-DIN unit which we’re told combines a DAB radio tuner with Google navigation.

The last MOT expired in June – the dealer is presumably waiting for a tug on the line before slapping another one onto it. Beyond that the available online history reveals nothing too scary, with a fail in 2020 for a broken headlamp leveller and a more churlish one in 2017 for a broken numberplate bulb and underpowered windscreen washers. The record also backs up the mileage and shows it was reached through the sort of steady and consistent use that has likely been supported by attentive maintenance.

This one certainly looks well priced for what it is. There are cheaper V8-powered AMGs out there – Pill’s inaugural outing was to celebrate the charms of an older and crustier CLK 55 which was being offered for just £4995 in February 2019. But prices of cheap V8s have been rising gently since then, and this example is less than half the price of even an early, leggy C63 wagon – and it’s definitely more than half the car.

Leaving the question of which of the diminishing number of AMG variants not to have been Pill’d so far is likely to feature next. Deputy editor Bird recently pointed out, to office surprise, that we’ve yet to write about an SL55. Feel free to drop other nominations in the comments. 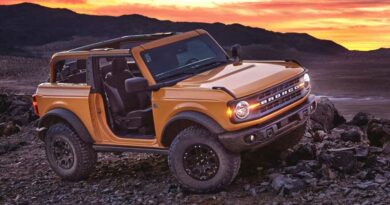 Ford Bronco Sasquatch With Manual Will Be Available in 2022 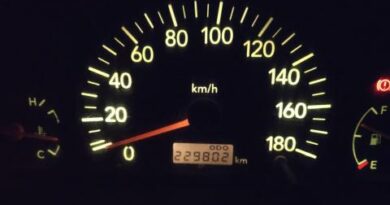 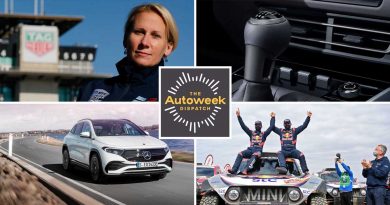