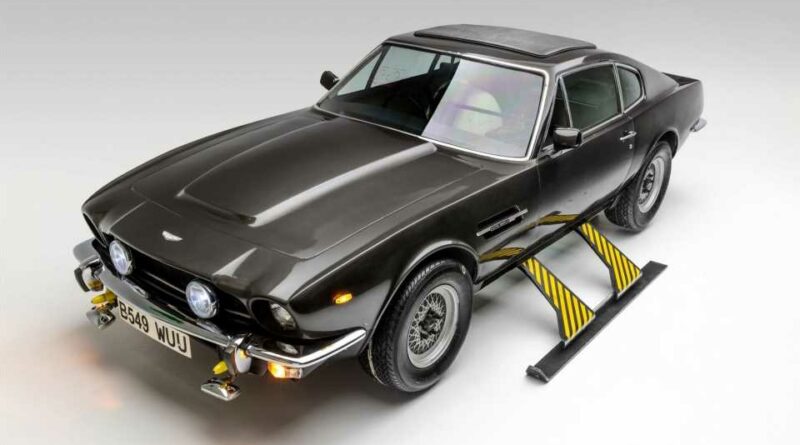 Based in the United States, the Ian Fleming Foundation was formed nearly three decades ago when Doug Redenius, Dr. Michael L. VanBlaricum, and John Cork began acquiring an impressive collection of vehicles from the James Bond movies. And it all started with a submarine.

The wet submersible Neptune from the Bond film
For Your Eyes Only was up for sale in 1992. It had been donated to a museum in New York, which had it on display for some time. However, the museum didn’t specialize in movie or military history and the curator decided to get rid of it.

Catching wind of the Bond memorabilia for sale, Redenius and friends pooled their money to buy the Neptune for $3,000. They purchased “a really big flat trailer,” he says, and hauled it back to Chicago. Then they had to figure out where to put it. 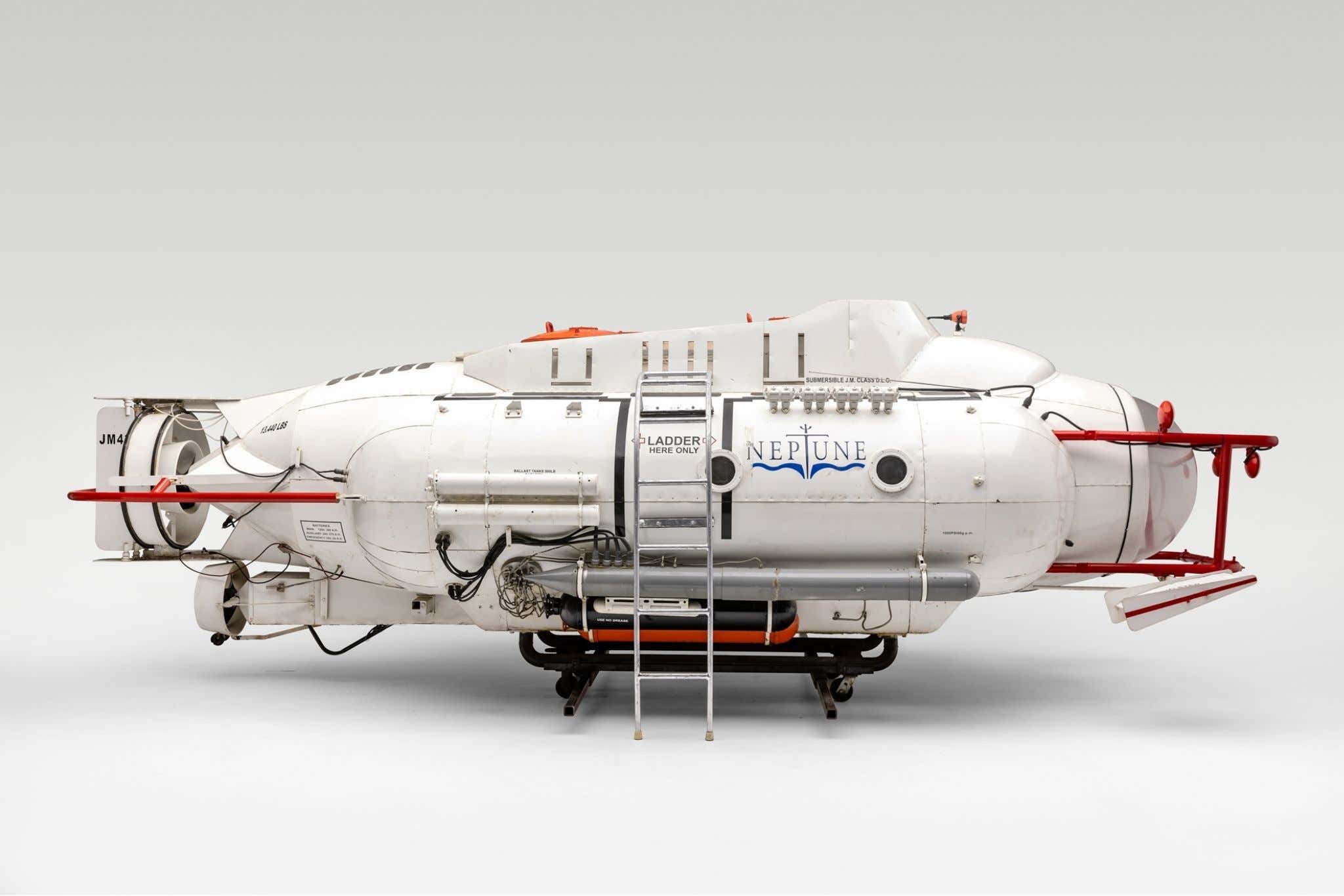 It ended up in Redenius’ back yard, where it was quite the neighborhood spectacle. The Neptune wasn’t heavy, because it lacked an engine, but it was still a giant monstrosity akin to Clifford the Big Red Dog. Word of the backyard mini-Bond exhibit started to spill out, and People magazine came calling to cover the story for what turned out to be a multi-page spread.

“Back then, People magazine was the place to get big publicity,” Redenius muses. “We lucked out, because that was the issue in which Elizabeth Taylor was marrying Larry Fortinsky and Michael Jackson was her best man.” (Shoutout, 90s pop culture!) 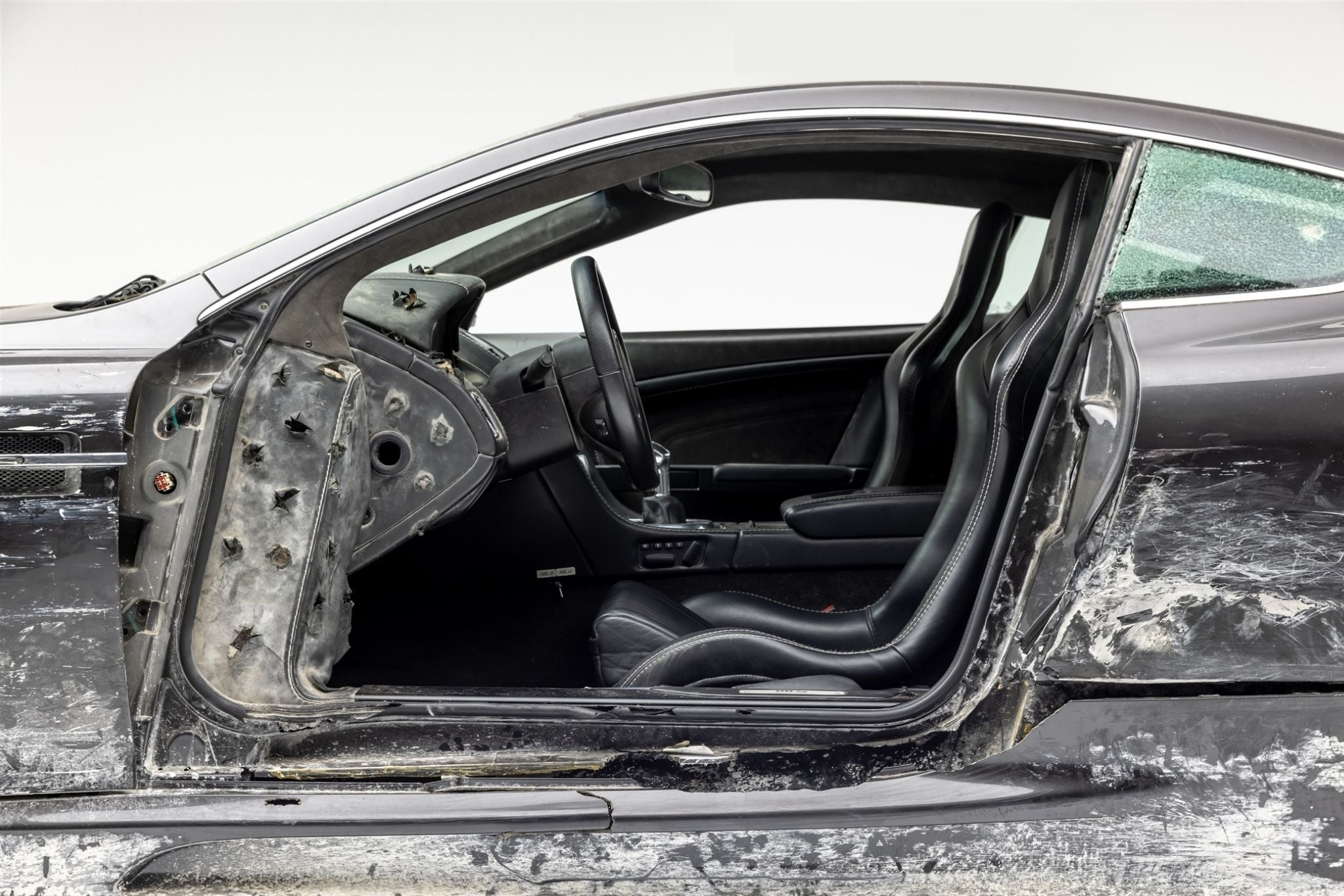 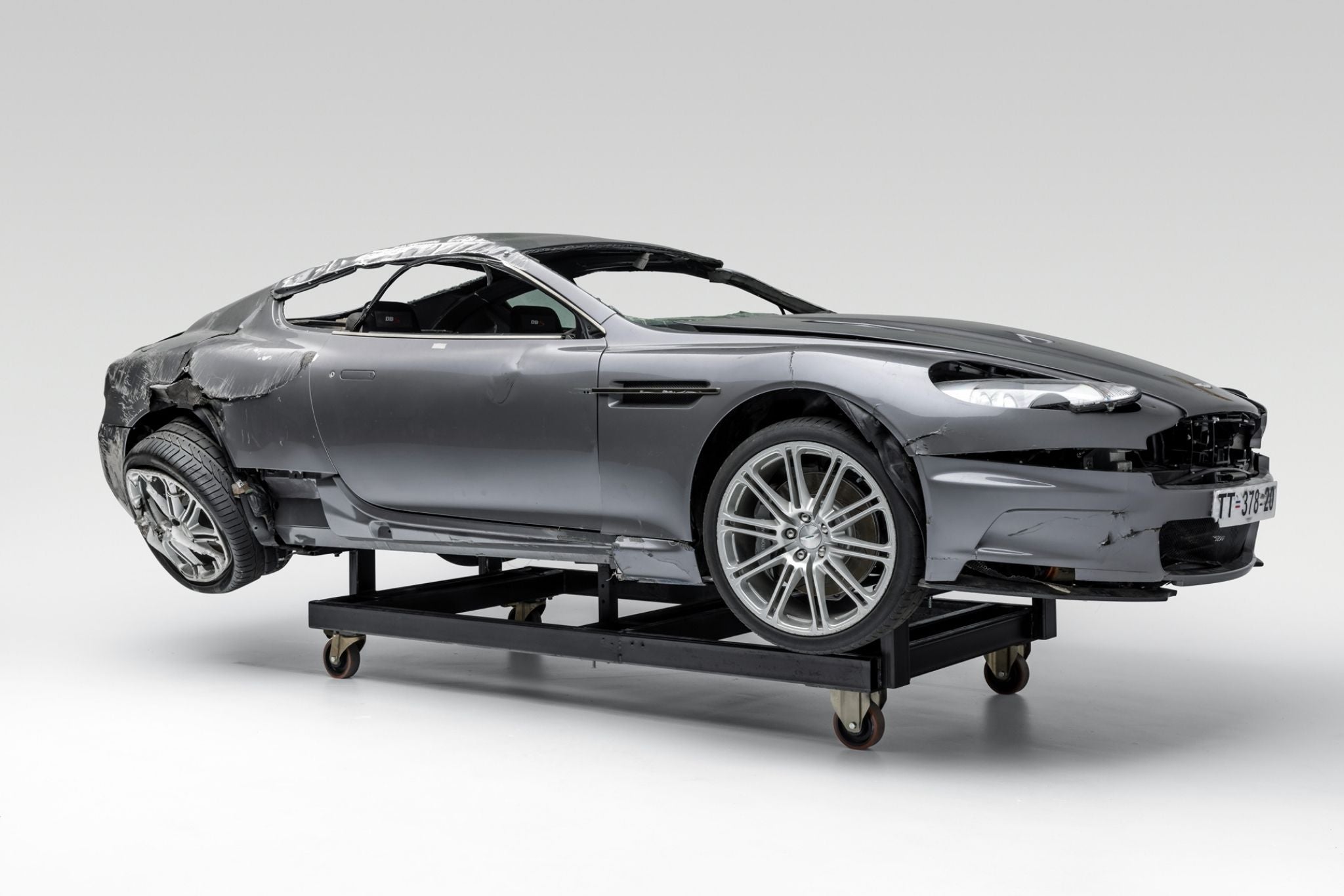 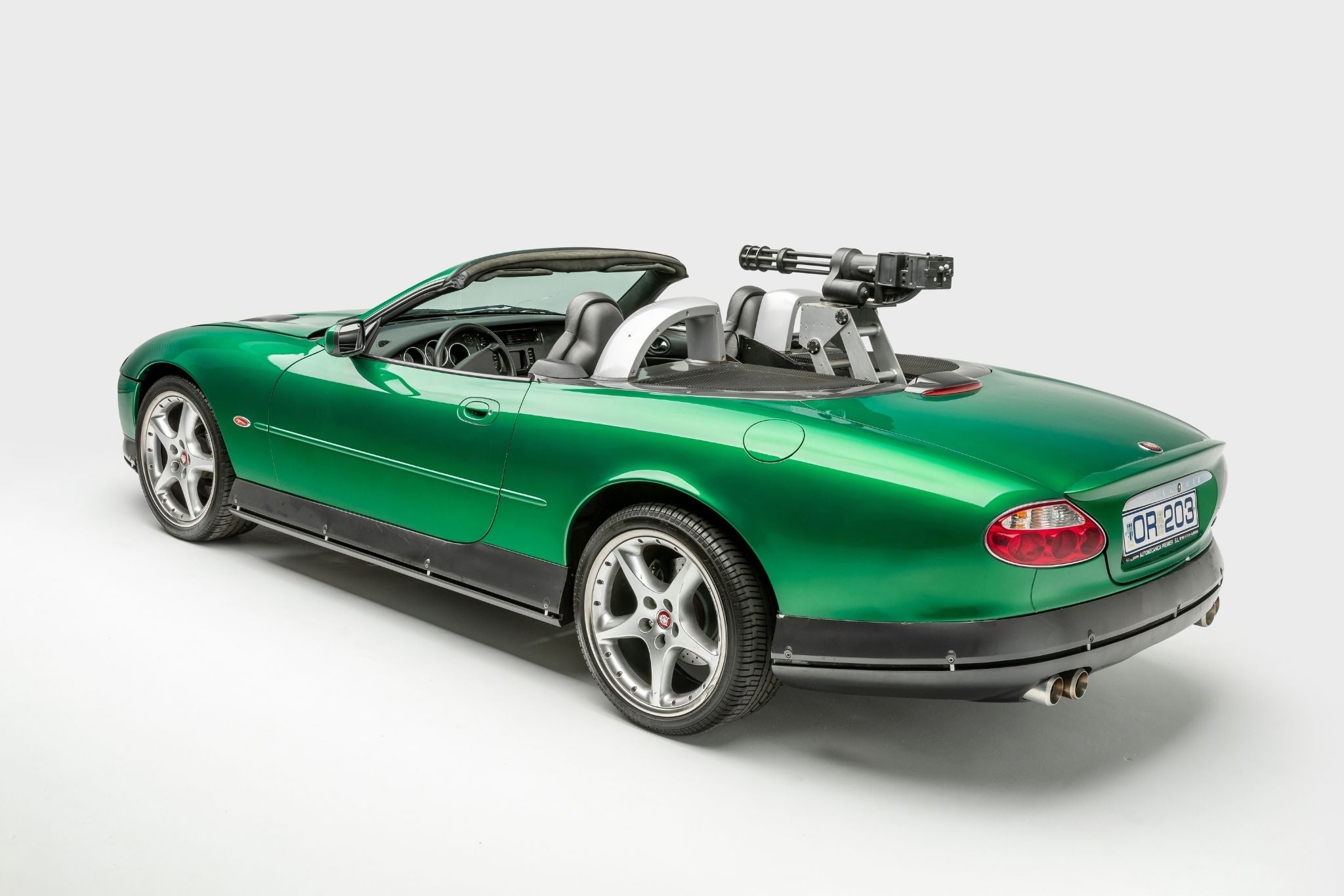 From there, someone from Reed Exhibitions in the UK tracked Redenius down and asked if they could rent Neptune for the National Motor Show Tour; he and the other owners agreed. Reed Exhibitions asked if the group owned more Bond vehicles and they didn’t. However, Redenius knew where to find them because he was friends with the Broccoli family, who produced the Bond films.

“They asked if we would tell them where they the other Bond vehicles were and I said no,” Redenius says. “But we said if you’re willing to buy some of them and pay for the restoration, add the vehicles to your tour and then donate them, we’ll do that.”

Twenty-nine years later, Redenius and the Ian Fleming Foundation own 41 Bond vehicles, housed mostly in a large airplane hangar on a military base south of Chicago, Illinois. No one on the IFF team earns a salary; profit partially goes toward paying the $1,500 per month rent for the hangar and the rest goes to scholarships. The foundation keeps the vehicles in rotation to maintain the collection.

“There’s a risk that if these vehicles were sitting mothballed, we’d eventually run out of money,” Redenius says. 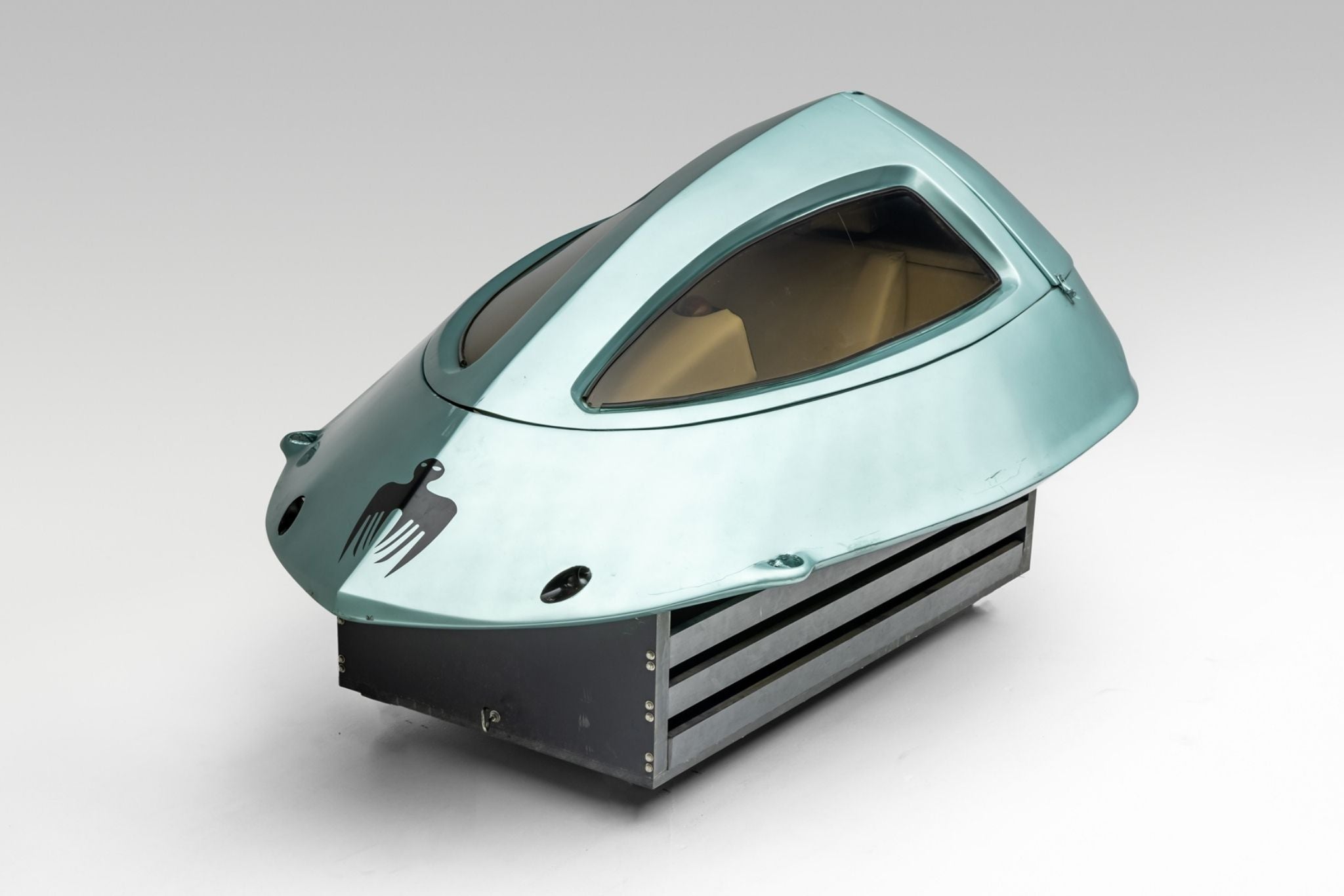 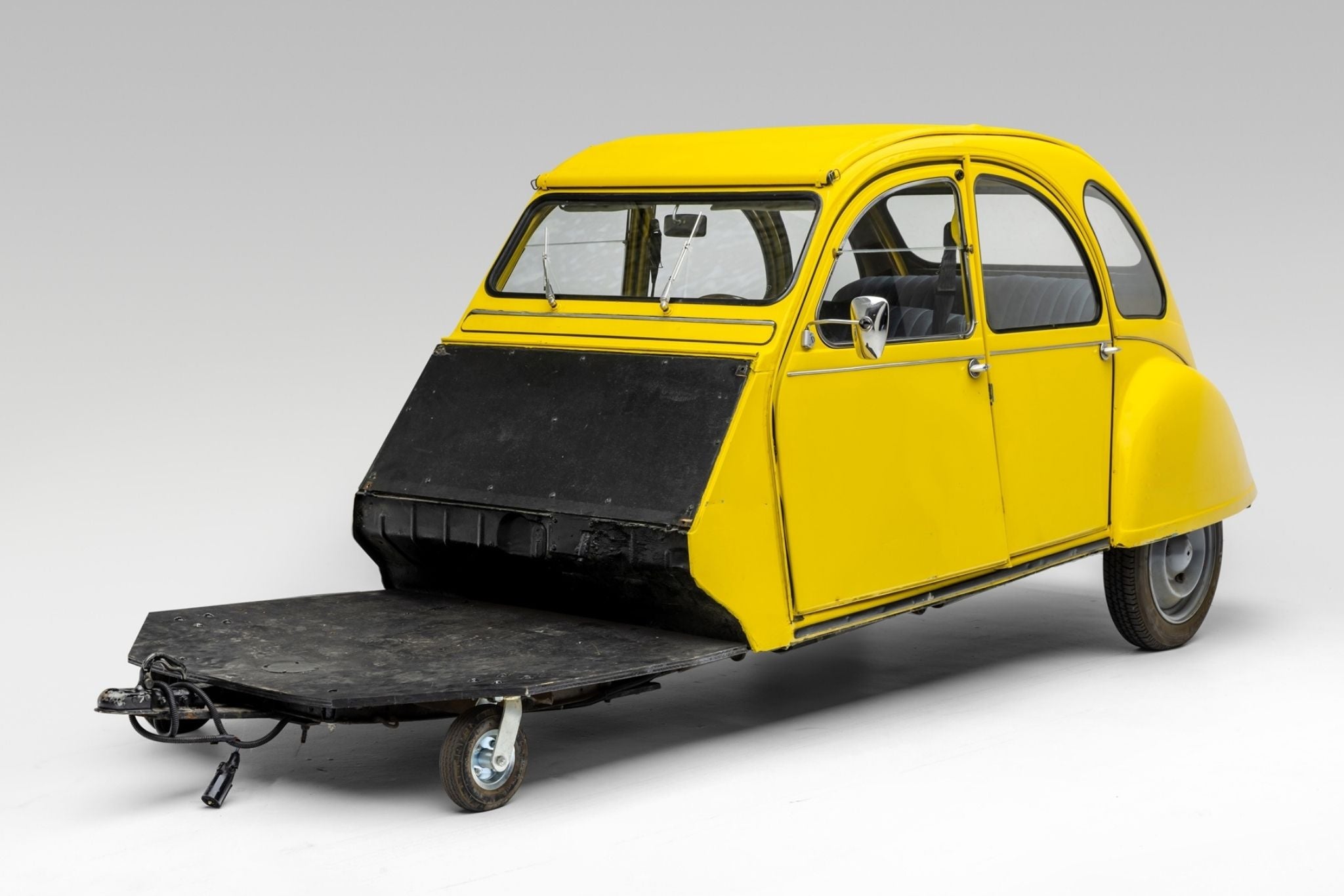 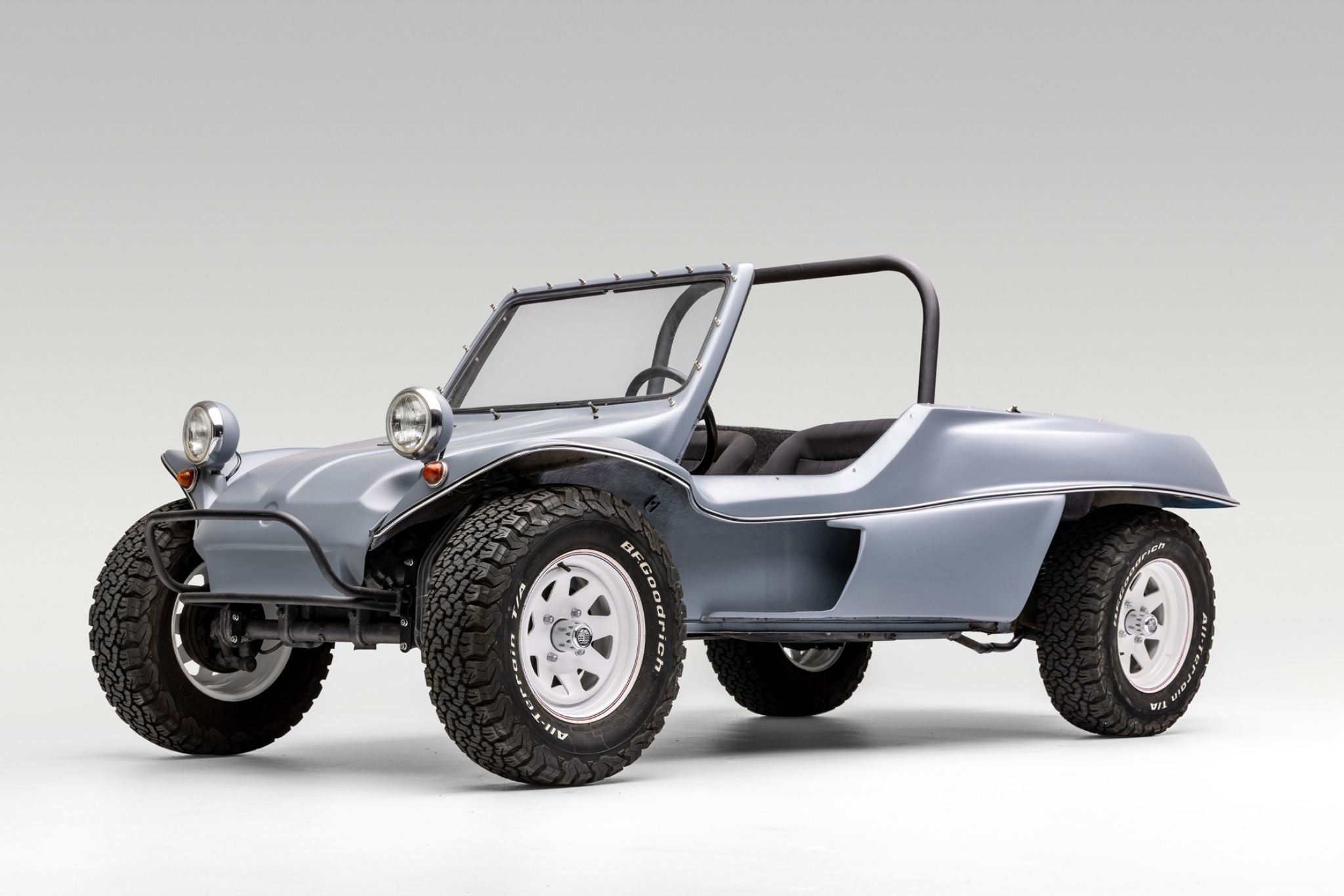 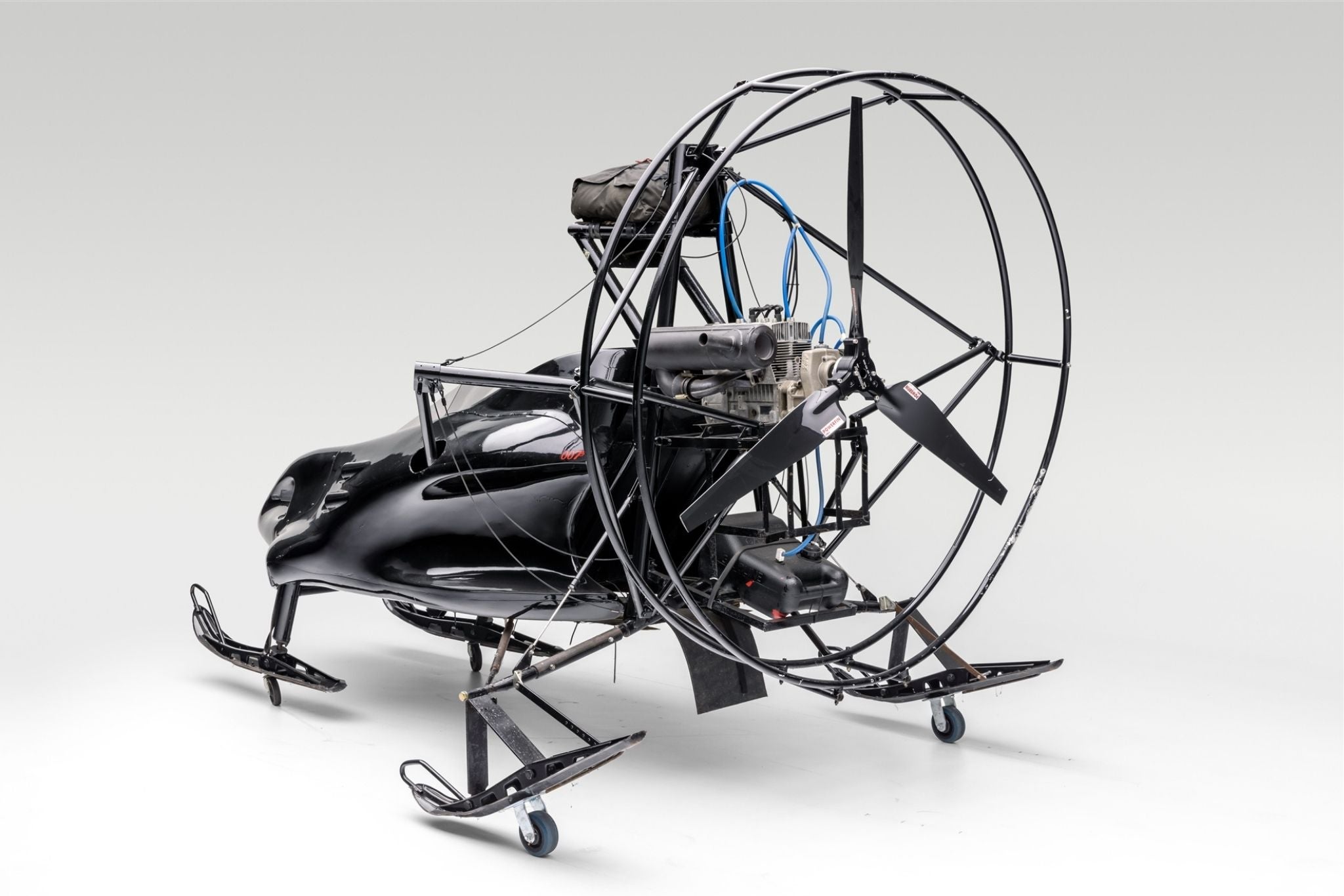 Of the 41 vehicles in the set, Redenius found 39 of them himself.

“I found the Lotus from The Spy Who Loved me in a junkyard in the Bahamas,” he says. “The director hired a guy who had a big crane, and the crane operator/junkyard manager was given the Lotus submarines. We ended up buying two and kept one of them, which is at the Petersen now.”

There are still Bond vehicles languishing in people’s backyards and garages, he said. Recently, Redenius located the fire truck Roger Moore drove in a View to a Kill, and just finished restoring it.

“We have photos of when it was discovered, who had it, what it looked like when it was shipped over along with the remarkable transformation,” he says. “Some of the vehicles we find are in pretty decent shape and some in horrendous condition.” 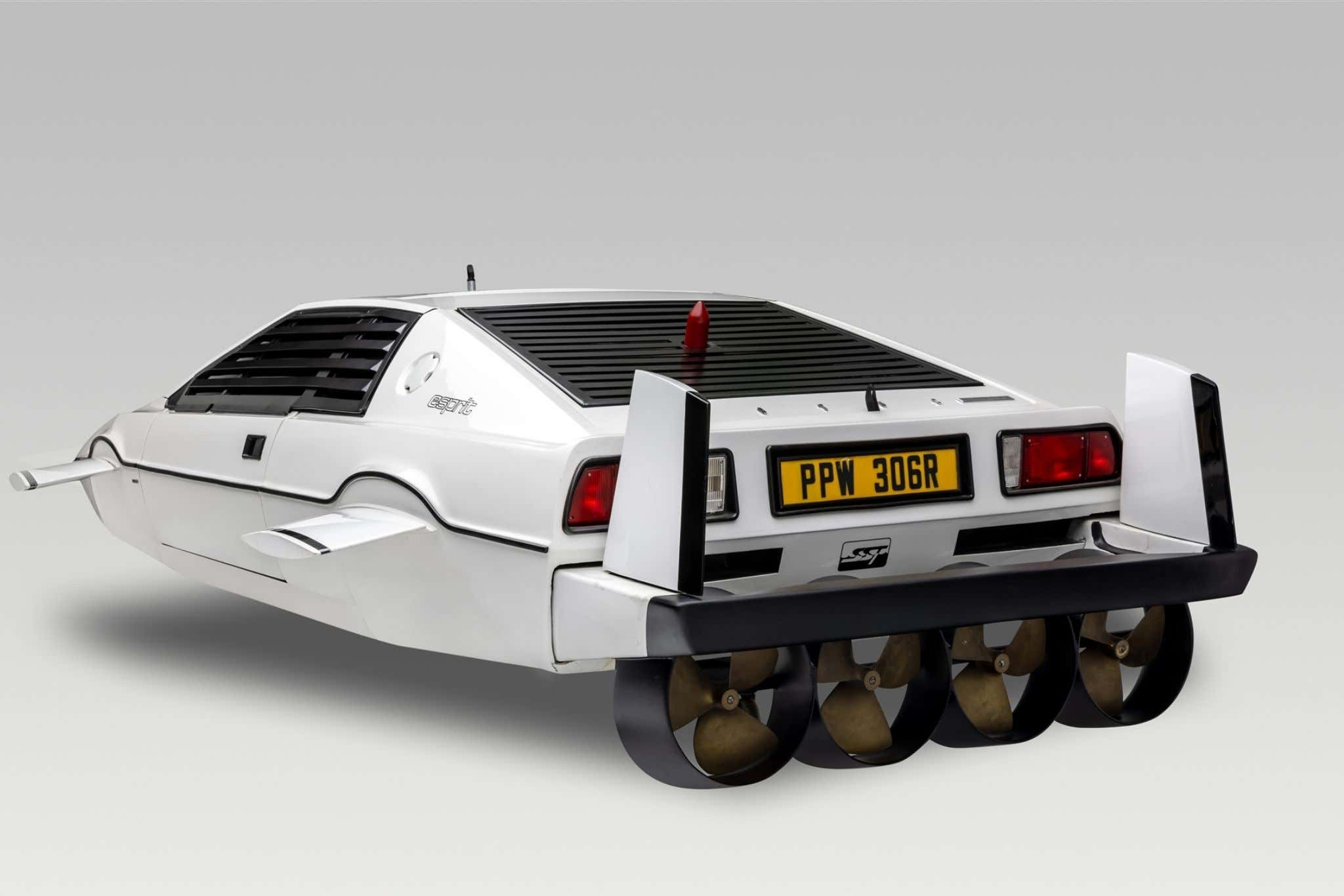 From Skyfall, there is a great scene with a Caterpillar excavator in the back of a train car; Daniel Craig’s Bond uses the excavator to snag the back of the train and crawls over the excavator and into the train car. Caterpillar built the $750,000 piece of equipment just for the movie, and it ended up in some warehouse in Peoria, where the manufacturer is based. Redenius called them up and Caterpillar said he could come get it if we wanted it at no charge. The Petersen contemplated taking it for its display but chose the helicopter from To Russia with Love instead.

Restorations are completed by Redenius and about 20 volunteers twice a year over four days in each session. Volunteers have been loyal to the foundation since the beginning, and they even pay their own way to Chicago and for their own lodging. The Ian Fleming Foundation feeds them and picks up all of the materials they need. 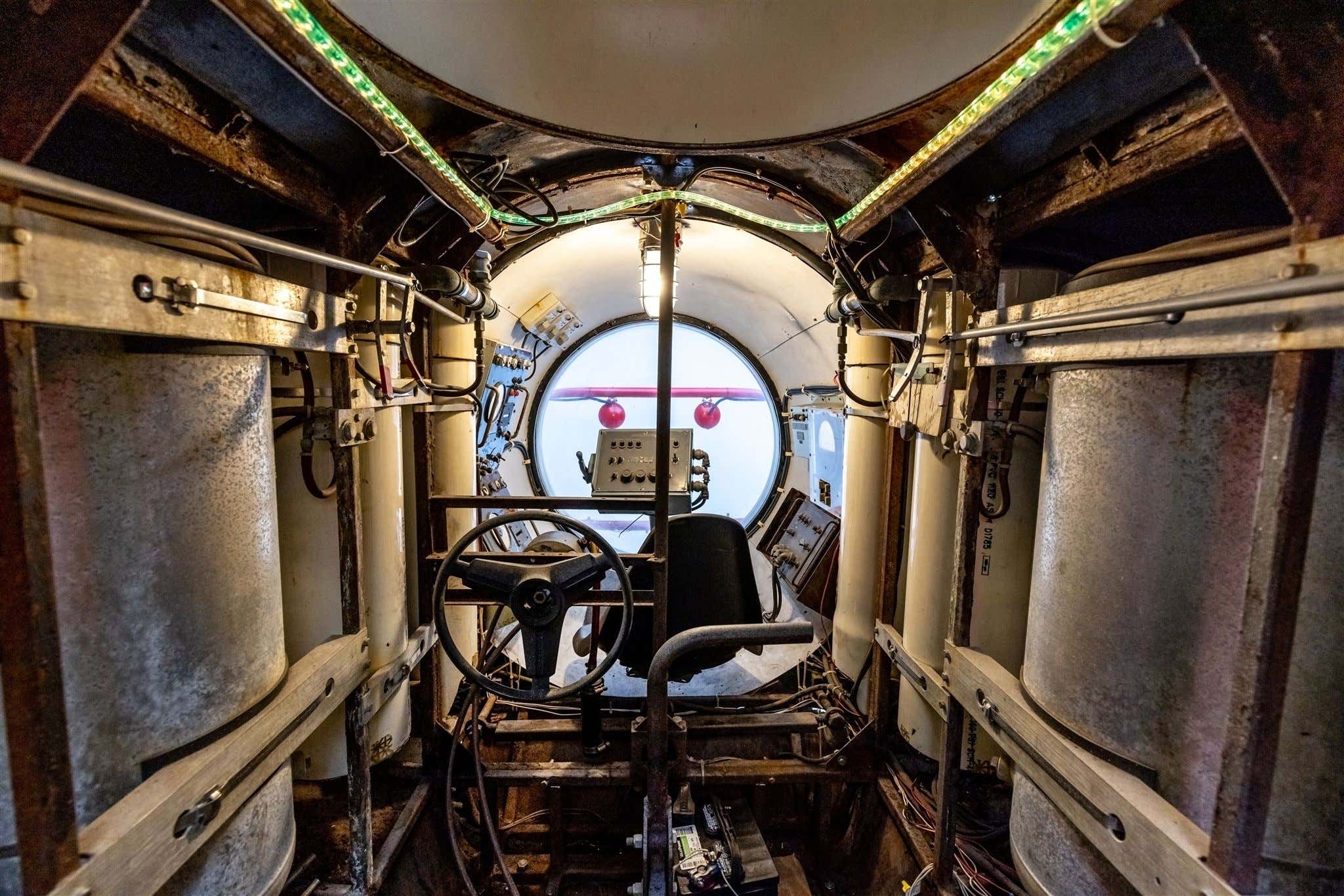 If you want to see part of the collection for yourself, it’s currently at the Petersen Automotive Museum in California. Bond in Motion is the first official exhibition in the U.S. to feature original vehicles from the Bond franchise, with 30 cars, motorcycles, boats, submarines, helicopters and scale models of aircraft. Highlights include the 1977 Lotus Esprit S1 submarine from The Spy Who Loved Me, 1985 Aston Martin V8 from The Living Daylights, 1999 BMW Z8 from The World Is Not Enough, and the 2019 Aston Martin DB10 from Spectre. The display even includes the banged-up 2006 Aston Martin DBS that set the Guinness World Record for barrel rolls in Casino Royale.

Along with more than 15,000 collectibles from the Bond movies, Redenius’ car collection is stunning. Just 30 minutes before I interviewed him, the foundation put in a request to procure something from No Time to Die (maybe it will be one of the stunt cars that were driven from a perch on the roof). That piece will, no doubt, make the set even more interesting. 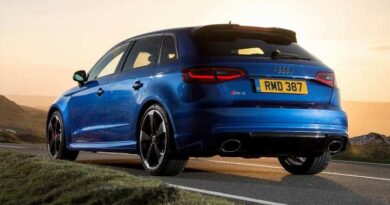 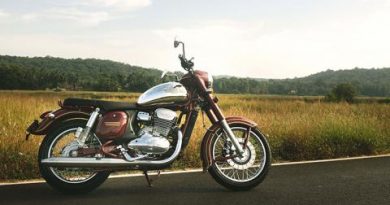 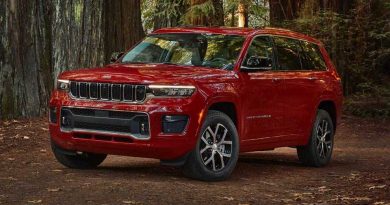