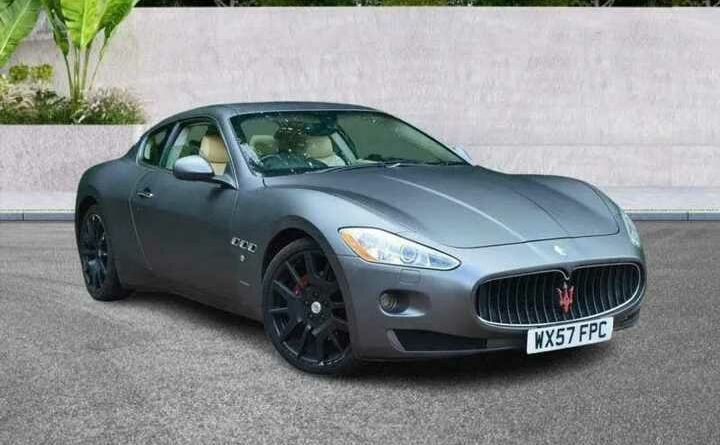 Having averaged just two Maserati Brave Pills a year since Brave Pill began, this week’s offering is going to break the pattern. It’s only two weeks since we featured the angular charms of a fourth-gen Quattroporte, but the selection committee was unable to resist the charms of this much more modern (and only slightly pricier) GranTurismo. Matt Bird encapsulated its appeal in a rising market by asking if it might be the last sub-£20k you might actually want to buy. As history exams used to put it: ‘discuss.’

While the residual collapse endured by earlier Maseratis was often well deserved, the GranTurismo always seemed unfairly savaged by the dogs of depreciation. When the handsome coupe was first launched in 2007 it won widespread critical love as a much more advanced (and well-built) proposition than the 4200 Coupe it replaced. But value retention was barely any better. By the time early GranTurismos had reached their fifth birthdays many were well under £30,000, this for a car which had carried a base price of £78,500 when it first went on sale.

The decline slowed after that, with GranTurismo values being underpinned by the fact it clearly deserved a premium over its earlier predecessors. But it’s not long since less attractive examples were being offered in the mid-teens. Now, this grey 2007 example is the cheapest currently in the classifieds, yours for an Ayton under £20,000. Which, to be fair, still looks like stonking value for what it is, although with a demand-limiting proviso you’ve doubtless already spotted.

Even by Maserati’s high standards of corporate fire juggling the GranTurismo’s development story is pretty special. It is actually the second car that the company created to replace the 4200GT, after the first project was reckoned to be too complex and expensive to build. That original proposal was poached by Ferrari and ultimately turned into the F149 California. Maserati, therefore, had to work quickly to come up with a plan B, one that would share many of its underpinnings with the M139 fifth-generation Quattroporte to save costs. Pininfarina got the job of clothing the resulting car in some appropriately elegant sheetmetal, with a young designer called Jason Castriota getting the gig. He played a blinder given the minimal resources and time available – if anything the GranTurismo has aged better than the Ferrari 599 GTB he did immediately beforehand.

Behind the elegant design was a big car. At 4880mm in length, the GranTurismo was longer than a Range Rover Sport, with a fair bit of that XL-ness down to the fact the engine is mounted entirely behind the front axle line. The upside was four seats and usable space in the back, a useful point of difference over the Jaguar XK and even posher alternatives like the Aston Martin DB9.

As launched the GranTurismo continued with a little altered version of the 4.2-litre V8 from the late-era Coupe. This made 399hp and revved to a sonorous 7,500rpm, but it lacked the low-down torque necessary to give true GT effortlessness to the business of motivating the GranTurismo’s podgy 1,880kg kerbweight. It sounded good and felt impressively brisk when extended – a 5.2-second 0-62mph time was hardly hanging around in 2007 – but the lack of low-down torque meant it also felt a bit lazy when driven at lower intensity. Applying whip also carried a price at the pumps, with the official 19.7mpg combined MPG pretty abysmal even by the standards of the age.

Maserati was clearly listening to early criticism, with the range soon broadened. In 2008 the GranTurismo S was launched with a brawnier 4.7-litre engine that upped output to 434hp. It also brought an automated single-clutch transmission, branded MC Shift, in place of the slushy auto. Like similar robo-boxes this was predictably snappy under gentle use, especially when cold, but it was far sharper and more exciting when pressing on. The 4.7 MC Shift and later harder-cored MC Stradale quickly became the ones to have, something which had a predictable knock-on effect on the secondhand values of early 4.2 autos. But Maserati didn’t lose the faith, with the 4.2 remaining on sale in both the GranTurismo and its GranCabrio sister until the final facelift came as late as 2017.

As the cheapest example on PH, you will be unsurprised to hear that our Pill is a 2007 car possessing both the 4.2-litre engine and the slushmatic. There is another reason for its position at the bottom of the pricing hierarchy, and the Hip Hop gags, one that will get many sprinting for high ground. Because although the inner sills suggest our Pill started life wearing the jazzy factory shade of Bordeaux Pontevecchio metallic, it has subsequently been wrapped into a matt grey finish, having its radiator grille trident repainted red for good measure.

On the available evidence of the pictures, this visible transformation has been done to a decent standard. There is one small, obvious gap on the rear bumper where the piece that covered one of the parking sensors has fallen out, but otherwise the finish looks crisp and even. The DVLA database has been updated to grey, too – which also suggests a higher degree of care and attention than you’d expect from the slap-happy foil merchants who often perform lower-cost colour transformations. But it obviously puts this GranTurismo into a smaller pond than an original paint finish would.

The interior is still rocking its more traditional magnolia leather, one that suits the GranTurismo particularly well. But our Pill is suffering from a very common problem for Maseratis of this era – peeling of the soft-touch finish that was applied to touchable hard plastic surfaces. It is far from unique in this regard, contemporary Porsches also suffered, but it does mean that buttons like the window switches and volume controls on the steering wheel will feel a bit sticky. Does anybody know a way to (cheaply) cure this?

While the advert text is conspicuously lacking any promise of the sort of voluminous service history that adds reassurance in this part of the market, the MOT history is short on drama. Our Pill failed in 2016 with an ABS fault but there have only been non-scary advisories (and one fail) for worn tyres and wonky headline aim since then. Hardly the sort of things that would put off anyone courageous enough to seriously consider such a beast. But although the last four passes have been clean, the car has only covered 5,000 miles in that time.

The GranTurismo’s appealing pricing reflects the fact its non-standard colour is likely to limit both love and demand. Of course, you could buy it and get a-peeling, but returning it to visual standardness would be much more work than simply buying an unaltered car in the first place. So are there any fans out there for this exact shade of grey? 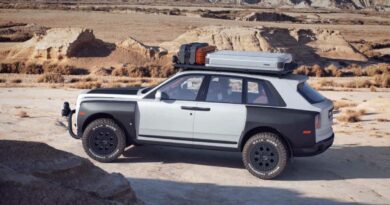 Off-roading In Your Rolls-Royce Cullinan? You Need This Lift Kit 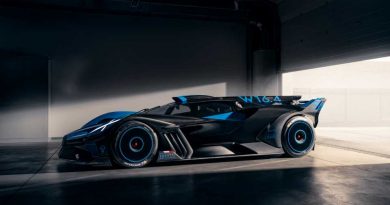 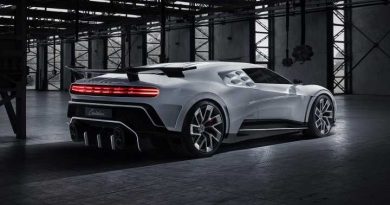 Bugatti Centodieci – would you?