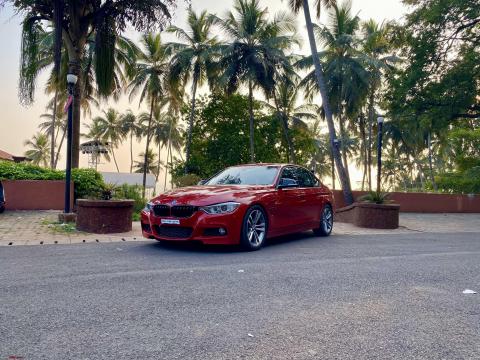 After all, what is love without pain? It is the latter that gives meaning to the former.

BHPian iliketurtles recently shared this with other enthusiasts.

Ever played a game of Whack-A-Mole?

For the uninitiated, the premise of the game is very simple; as the player, you are given a large, black mallet. You are the god of small things, and have the power to whack moles as they pop up from one of five or more holes from within the bowels of a cabinet. You gain points for whacking each random mole as they appear. The faster, the better, as with (almost) all good things in life. Why do I say this? It’s quite simple. I hypothesise that owning a decade old BMW is akin to playing a game of Whack-A-Mole at the arcade. Except, sometimes you’re the God wielding the hammer, and sometimes you’re the mole with the wrath of an angry god rained down on you.

No sooner than you fix one issue, than another crops up. Be it a cranky oxygen sensor… I offer you Exhibit A: the white screen of death

…Or the car pining for me because it was in a workshop for a few weeks, and looking out for me by asking me to recharge my batteries. Thanks car, but I just got back from a vacation. What’s that, I hear you ask? Why was she in the workshop for a month? Excellent question. As always, allow me to go off on a tangent before arriving at the point.

And when you’re down on it, you’re just absolutely out of it. Fate (that fickle mistress) decided to commence the annual ritual of me being dealt a rotten hand during Diwali night’s teen patti party early this year, giving me a head-start on my misery as Diwali started with a bang.

One fine day, a rickshaw barrelling out of a lane decided that the car was so pretty, it deserved to be snogged, right in the rear left three-quarter, with some scratches left for posterity after its passionate love-making came to an end. Of course, our paramour ran away before he could be caught red-handed. And then, barely had I recovered from this, when a biker weaving his way through traffic (why is it almost always a biker?) snagged a footstand or kickstand or something sticking out of his bike in the front bumper, dislodging it as he went off on his merry way. To say my festive mood was foul would be a bit of an understatement. I didn’t lose any money during the annual teen patti party though, so, yay?

Even with zero depreciation insurance, the insurance company (Royal Sundaram, whom I shall never give any business to henceforth) found some way or the other to finagle their way out of taking on responsibility for making me whole, and insisted I pay for 50% of charges for a new bumper.

With Navnit BMW almost wholly unsupportive (despite having taken the policy from them) in this matter, I’ll be damned if I gave them the business if I had to pay at any rate. That Navnit took their own sweet time giving the car back is a pain point I will gloss over, much like how Royal Sundaram glossed over taking on any kind of responsibility for holding up their end of the bargain. What good is a zero dep policy where you have to pay 50%, anyways?

And so it came to pass that I got her fixed up outside, at my trusty workshop (Redline Autohaus is a godsend), and was told to simply drive her hard to charge up the battery, which had worn down from being at a standstill for so long. An Italian tune-up, if you will. I haven’t done enough of that in recent years, so I didn’t need a second invitation.

The screen is on order (OEM, none of those Android versions please).

Memories of the rickshaw wala still resonate, via a clamp or so on the exhaust that is loose at the rear left.

And I got the battery charging notification once or twice in the interim, but not for a few weeks now. And I’m on fixing these niggles. Truly.

But all those concerns melt away when I get to drive her (like, properly drive her, like she’s meant to be). At the wheel, I feel like the Whack-A-Mole God out for a drive, with the power to put the hammer down and dismiss mere mortals as you fly by in a blur. Bystanders often ask; Is it a crimson bird? Is it a low-flying plane? No, it’s a BMW that has been idiotically lowered too far for our roads. But mein gott, does she look great as she flies by. And even beyond that, she just feels dynamite when pushed hard, with dynamics on point that don’t betray its decade old vintage one bit. Those lowering springs do make their presence felt in extremis.

After all, what is love without pain? It is the latter that gives meaning to the former, and it is what we all crave at the end of the day. Love, that is, not pain. Unless you’re a masochist, in which case the opposite is true. No judgment, love takes on all forms. Including a flaming red, low riding German bahn-stormer that needs a lot of pre-emptive TLC to play its part. But you’ll hear no complaints from me, for love conquers all.

Until next time then. 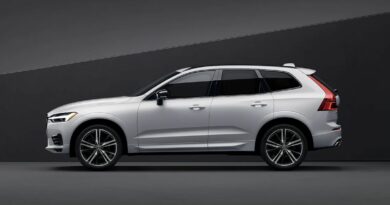 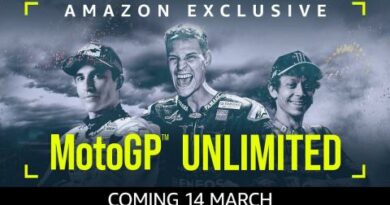 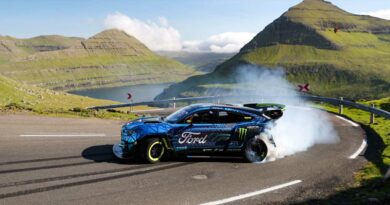