While the new RS Iconic Edition isn't really that iconic, the Audi TT is. We should all be sad it's going …

I’ve never permed, dyed, or blow-dried anyone. Just for your information. I haven’t got a problem with people who do, I should add, I’m just saying that I don’t fit the stereotype. I am not a hairdresser, and yet I like the Audi TT. There you go, I said it. I liked the original from 1998 because of its clean, uncompromised style. It was one of those rare cars that stayed pretty much faithful to the concept – the Bauhaus-inspired concept that appeared in 1995 – and was, therefore, pretty.

I say ‘pretty much faithful’ because it wasn’t completely uncompromised, of course. The production version added rear quarter windows for a start – although, if anything, that made it prettier still. And later it sprouted a rear spoiler because the TT had a propensity to turn into a sledge. More than a few ended up on their roof after a high-speed lane change, so the spoiler was added to keep it sunny side up.

There was a problem, though. Only people with their ankles dry in the shallow end of life focus solely on looks. Imagine if Keira Knightley had the personality of Keir Starmer. Would she be as likeable then? No. Well, the TT was a bit ‘Keir Starmer’ to drive. It was dull, basically. It was based on the PQ34 platform, and that didn’t do the Mk4 Golf GTI any favours, so it was never going to spawn a feisty sports car. And this was brought into even sharper focus by the fact that, 150 miles away in Stuttgart, Porsche was building the Boxster. That was beautiful and brilliant.

When the second-generation TT came along, I stopped admiring them from afar as well. It was a little better to drive, because it was now based on the same platform as the Mk5 Golf GTI, but for me it had lost the purity of the original. I had no desire to buy that one, either. Then along came the third generation. The current one. Now this one I do like, for all the right reasons. Firstly, it looks great. Not in the purist mould of the original, true, but it plays nicely on the TT design theme while, at the same time, going its own way. The Mk3 is chiselled, sharp and well proportioned. All the hallmarks of a great-looking car.

Then you step inside the thing. Well, if anyone needed proof that Audi in 2014 had money to burn, just sit in a third-gen TT. The quality is off the scale, bearing in mind this was a relatively affordable sports car. The materials are just fantastic. There are sumptuously soft and squidgy plastics, and not just in a few key places. They’re everywhere that you’re likely to touch and continue down to the places you probably never will. There are real metal trims, not cheapo bits of sprayed plastic, and the kind of top drawer, micro-switched buttons that most manufacturers in the TT’s price range haven’t even heard of, let alone used.

It’s also a beguiling piece of design inside. A piece of modern art, almost, worthy of those concept-car features of the original. Just look at the integrated switches within the air vents, which are genius, and the air vents themselves that look great and rotate with an equally desirable, well-oiled slickness. And unlike most modern cars, it isn’t saddled with a big infotainment screen in the middle of the dashboard. That’s integrated neatly into the driver display, which leaves the interior feeling uncluttered and classic.

Then there’s is how it drives: impressively, which goes for all this generation of TT, even the entry-level 1.8-litre TSI. I remember doing a twin test once. It was a TT 2.0 TSI Roadster against the then-new (and still current) BMW Z4 30i. The TT walked it. The Z4 felt like someone had signed it off blind: the throttle mapping was wrong, the gearbox disjointed, the brakes over assisted, the ride uncontrolled and the engine sounded like a low-wattage hairdryer. It was bordering on awful.

Compared with that the TT felt like an engineer’s obsession. Okay, with a 2.0-litre TSI isn’t the most invigorating four-cylinder, but it’s smooth and properly tuned. It’s the suspension that impressed me the most. I remember how it dealt with imperfections of any kind – big or small, sharp or smooth – so brilliantly that it transcended the humble sports car. The damping and compliance were not far off a supercar’s, and that went hand in hand with its beautifully balanced, neutral chassis. Okay, it doesn’t provide that last element of rear-drive finesse that a Boxster does – there are limits to its front- or four-wheel-drive layout with the engine in the front – but that accepted, it’s really very accomplished.

So I am a touch sad. I’ve been driving the TT RS Iconic Edition, which is the last hurrah of the TT. A celebration of the last 25 years, after which the TT will cease to be. Why? Because it’s all about SUVs, these days; few people are bothering with small sports cars, unless they are made by Porsche. I think the world will be poorer without the TT, and all the other cars like it that have similarly exited stage left. I may even miss the bad ones, as it happens, and the TT isn’t one of those. Is the TT RS Iconic Edition a fitting tribute, then?

Not really. The Audi people talked a lot about how ‘iconic’ and ‘emotional’ the car is, but when it comes down to the nitty gritty, all they’ve done is stuck some bits of plastic and carbon on it. And in my humble opinion that rather misses the point. If the TT’s iconic status is largely down to its purity of design, then sticking on more stuff is surely something of a no-no. Painting the wheels black and dying the seatbelts yellow doesn’t make it any worthier, either. Other than dubious styling, there are no mechanical updates to add some substance, and guess how much they’re charging for it? £87,000. Who on earth would burn that kind of cash on a TT? Well, there’s always one, or in this case eleven ones, because that’s the UK allocation and Audi UK has sold the lot. Apparently, the rest of the world is more discerning: there are still some of the 100 worldwide production slots available if you want?

With all this cynical marketing still ringing in my ears, I took off in the TT RS Iconic Edition feeling a bit miffed. That didn’t last long, though. Why? Because despite all the plastic frippery, the fundaments are still fab. I was driving it near Seville – funnily enough, along many of the same roads I drove the Ferrari 296 GTB on back in February. Even in that illustrious company, I think the TT acquits itself well. Not as quick, obviously, but still bloody fast and therefore fast enough. And here’s the clincher: arguably that 2.5-litre five-cylinder sounds better than Ferrari’s 2.9-litre V6 when you wind it up.

It’s not all about the engine, though. As I’ve said, there’s a strong chassis underneath you as well. The damping really is teetering on the verge of exquisite. It’s adjustable, of course, but most of the time the softest setting is perfect. If you require a more belt-and-braces approach – over a decidedly awkward stretch of road, say – the firmest setting has you covered, and even then it’s not rock hard. Then there’s the steering. Anyone who tells you that all Audis are anodyne is a nitwit. They’re not all great, of course, but in the EPAS era Audi has really shone, with way more hits than misses. The TT is one of the former. It steers beautifully, and one of the Iconic Edition’s good additions is its Alcantara steering wheel. The synthetic suede feels great to hold and it’s just the right thickness. It also sparkles away in the palm of your hands, even in a straight line, and, when you keep it in the lightest of the three settings available, it’s delicately weighted, too. I mentioned earlier that the TT isn’t a rear-wheel-drive slider, but the TT RS does go sideways. It’ll do so off the throttle – in a predictable and useful way that rotates the car into a corner – plus it’ll do it with a bit more flamboyance on the way out in the right circumstances.

The TT RS is a great grand tourer, too. The five-pot is a touch laggy low down, which actually makes it a bit more interesting to drive, but there’s still plenty of torque to make leisurely drives relaxing. And at high speed, there’s much less road noise than you get in any of Stuttgart’s sports cars, with very little wind noise as well. As I said, this was from an era when Audi had money and, to its credit, when you spend time in a TT you realise that it spent it on the things that mattered. The TT’s even practical. Did you know, for instance, that if you lay the back seats down you can fit a bike in the back when you remove the front wheel? Come on, that’s impressive for small coupé. Not that I ride bikes, mind, but the good news is it’ll fit other things as well.

None of that makes a TT worth nearly £90,000, of course. Not long ago that was R8 money, and the TT – as good as it is – isn’t a supercar. It was always meant to be the smart sports car for the masses, only now the masses have moved on. Left behind this proper little sports car in favour of some fake, plastic-clad SUV. Such a shame. Especially because I could get my head around paying £60,000 for a regular TT RS. Driving this one reminded me just how good the TT RS is, and so is the entry-level car at £34,000 for that matter. I’d pay that for one of those without a second thought. Wouldn’t you? If so, here’s a cheery note to end on: you still can. Both those models continue on, for now. So whether you’re handy with a pair of scissors, or shouldn’t be let loose with them, I’d snap up a TT before it’s too late. 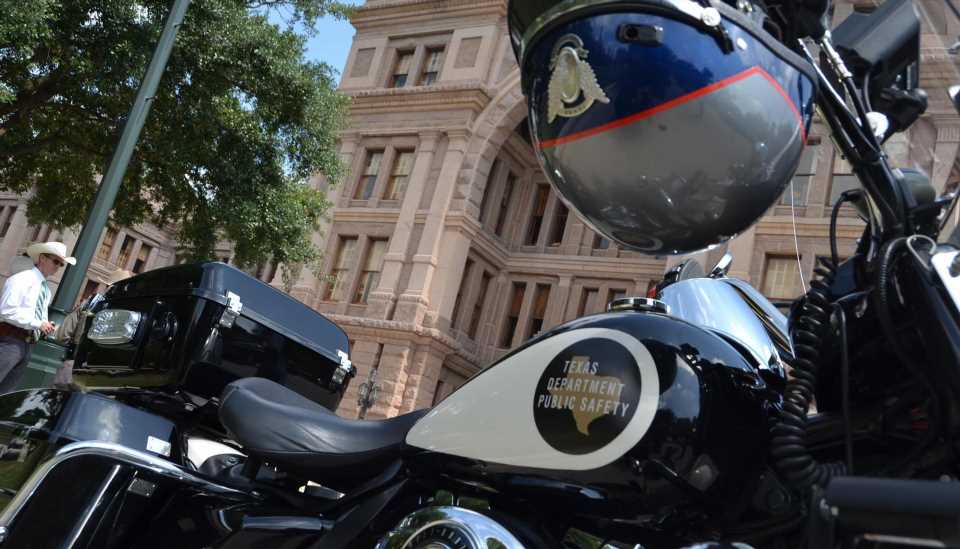 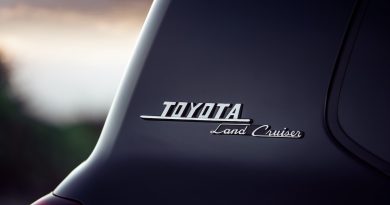 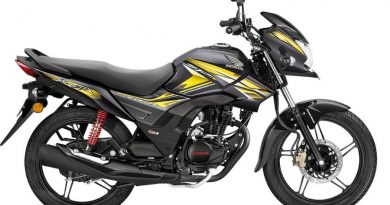