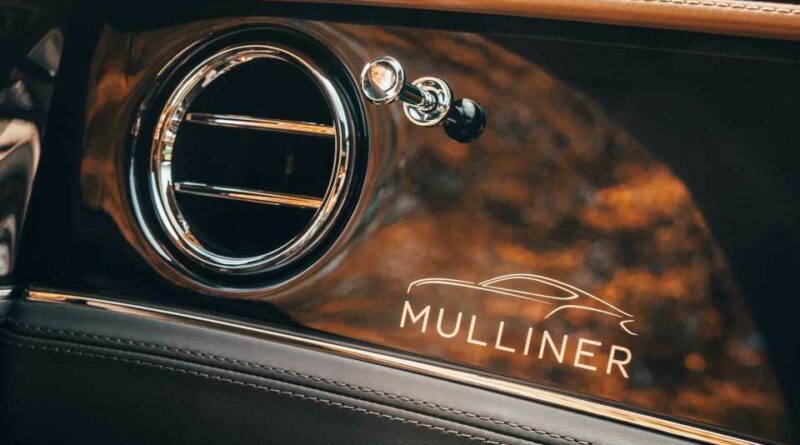 Customization: the act of personalizing a material item or experience to suit your tastes and needs in order to set it apart from all the other mass-produced items and experiences available to members of the sweaty hoi polloi. It’s an approach you’d never think to bring to certain automakers, but for Bentley, it’s all part of the portfolio.

In fact, Bentley has its own customizations team called Mulliner—there for when looking through Bentley’s own order books and online configurators just isn’t enough. Behind ornate doors (I just made this up) and down a hallway flanked by white-gloved butlers (I also just made this up) is a totally bespoke service that allows you to make your Bentley truly yours. And there seem to be very, very few limitations to what you can do. Recently, I sat down with Paul Williams, Bentley’s director of Mulliner and motorsports—also known as The Guy With The Fun Job—to find out more about it.

It Started With Horses

To start, “Mulliner” isn’t something Bentley just pulled out of a hat. The Mulliner name has been around since the 1500s and became known as a saddlemaker in the 1700s, according to Williams. From there, it went on to building coaches for horse carriages (hence a “coachbuilder”) in the 1800s. The first time Mulliner and Bentley crossed paths was in 1923—four years after Bentley Motors was established—on a Bentley 3 Litre. 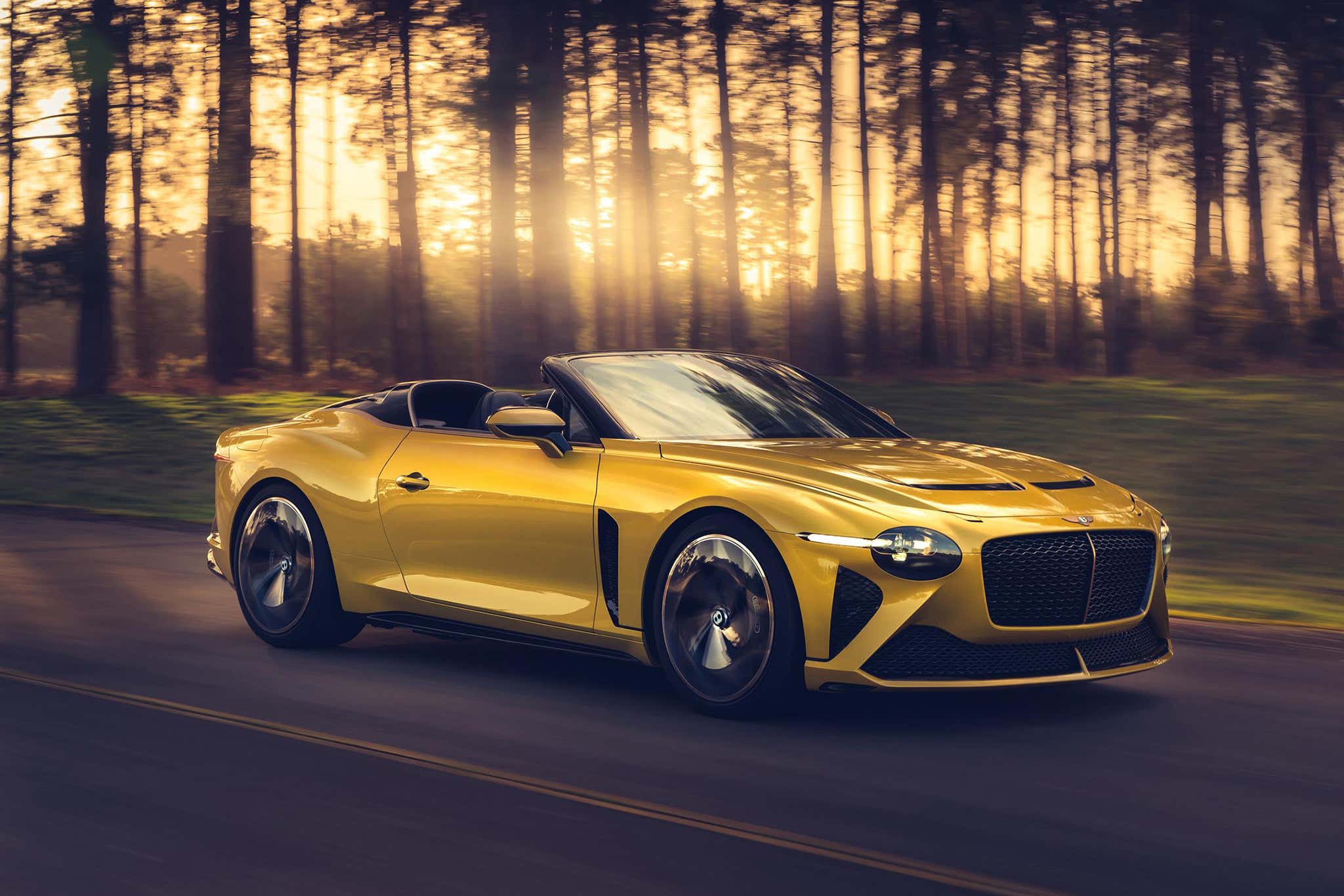 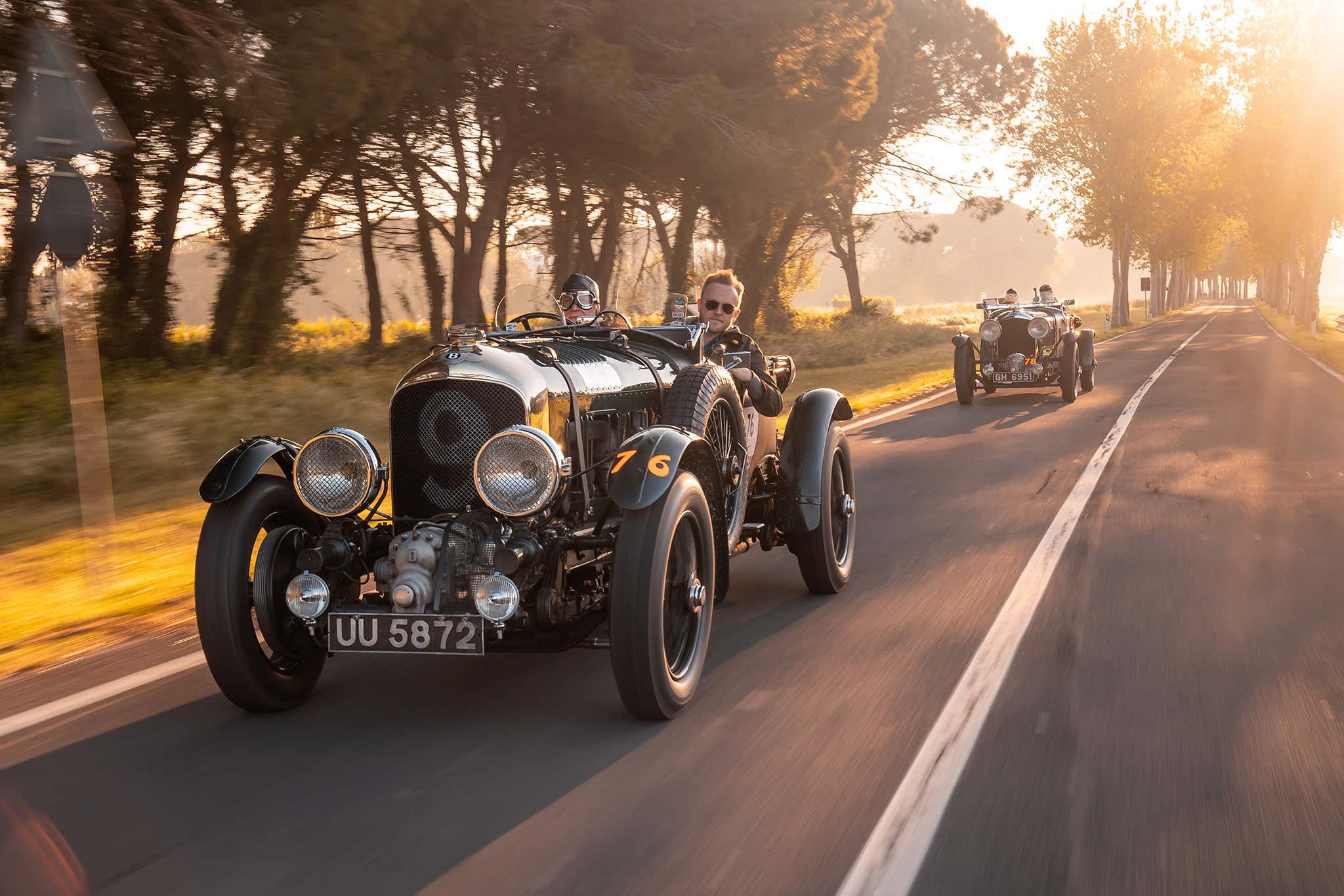 “In those days, automakers built the body and the engine but the coachbuilders built the coach section,” Williams explained. It wasn’t until 1959 that Bentley officially absorbed Mulliner to become its in-house coachbuilder and based it out of the former’s headquarters in Crewe.

Today, the Mulliner name is synonymous with customization. It performs everything from small changes to restorations to full-on coachbuilt cars. At this moment in time, Mulliner is enjoying a period of some of the biggest and most ambitious projects it’s ever completed—namely the 2021 Bentley Mulliner Bacalar and the Bentley Blower Continuation series, both of which represent the pinnacle of what Mulliner’s capabilities.

Literally Less Than the One Percent

But for buyers who perhaps didn’t get their names in in time for those highly limited edition models, there’s always the option of a Mulliner personal commissioning process. Williams described it as “a whole extra world of possibility that can’t be produced on the production line.” Translation: You’ll need extra artisanship, extra craftspeople, and extra manual labor. From here, depending on how far a customer wants to take the process, the whole thing can take anywhere from a few months to a year and a half. Surprisingly, this is a route less than one percent of Bentley’s customers choose to go down, though demand is growing at the moment.

As for a limit as to what’s possible? “The ceiling is primarily around what’s legal,” Williams said. The team can’t put something on top of the car’s airbags, for example, because that might prevent them from working properly in the event of a crash—or get turned into a projectile. 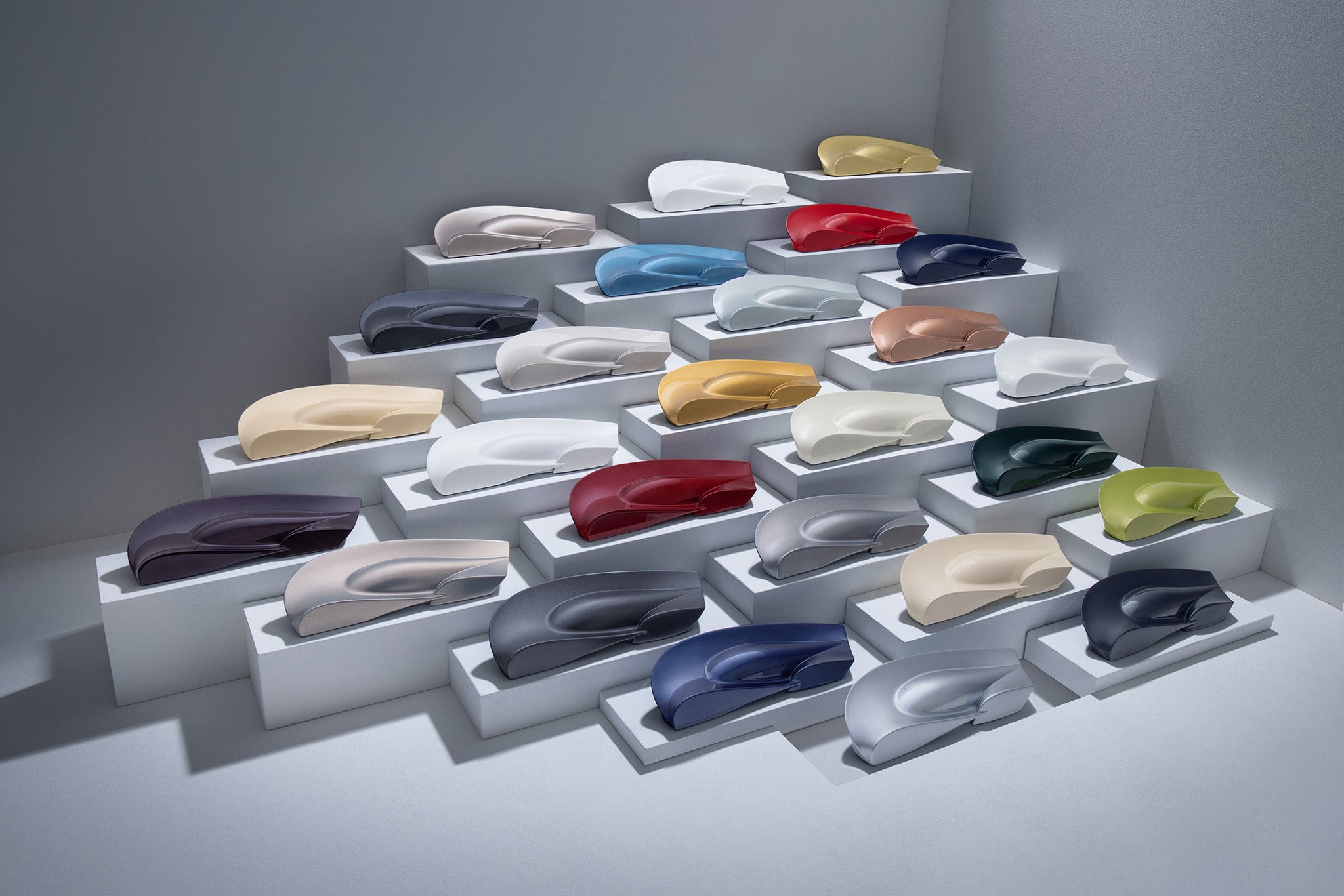 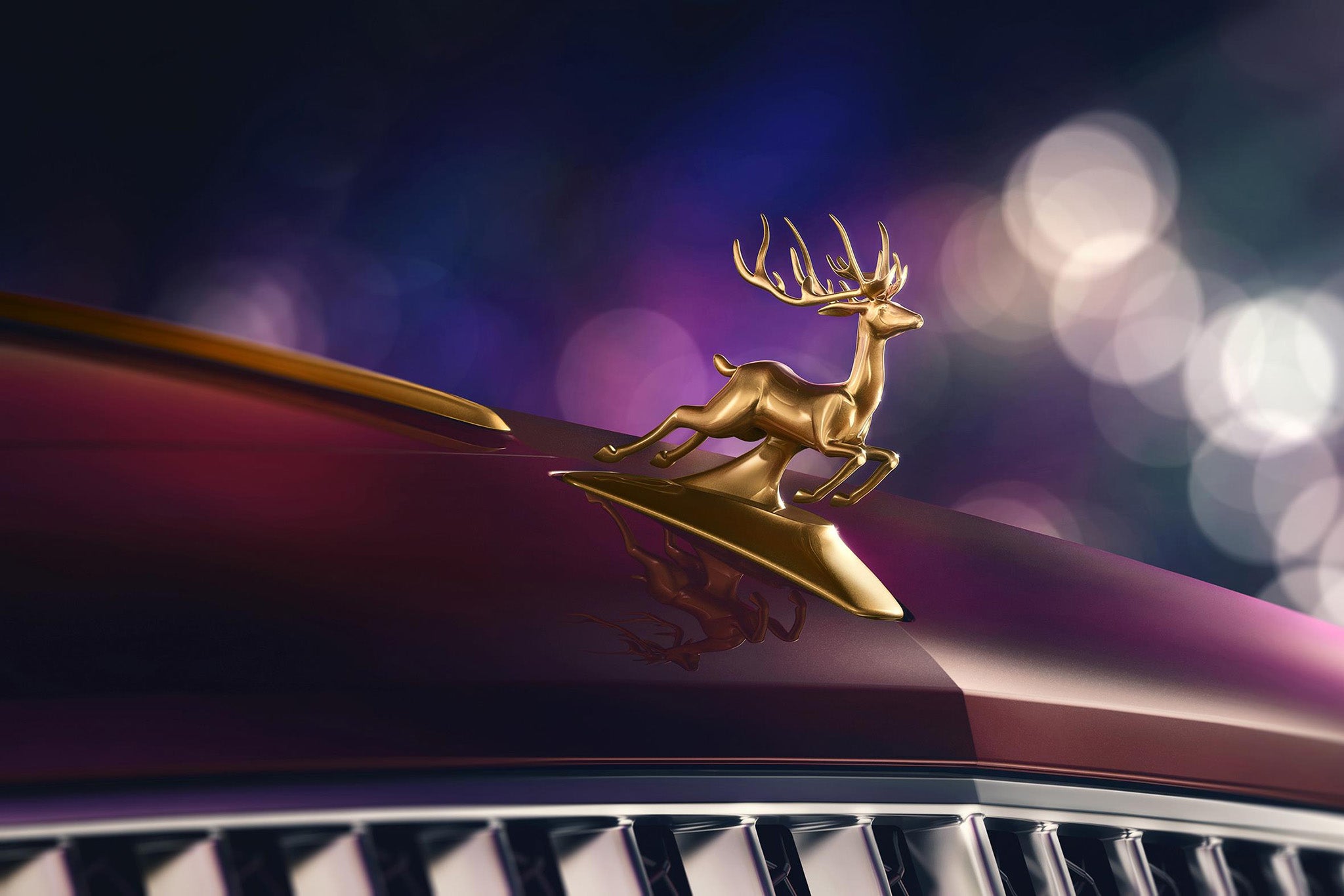 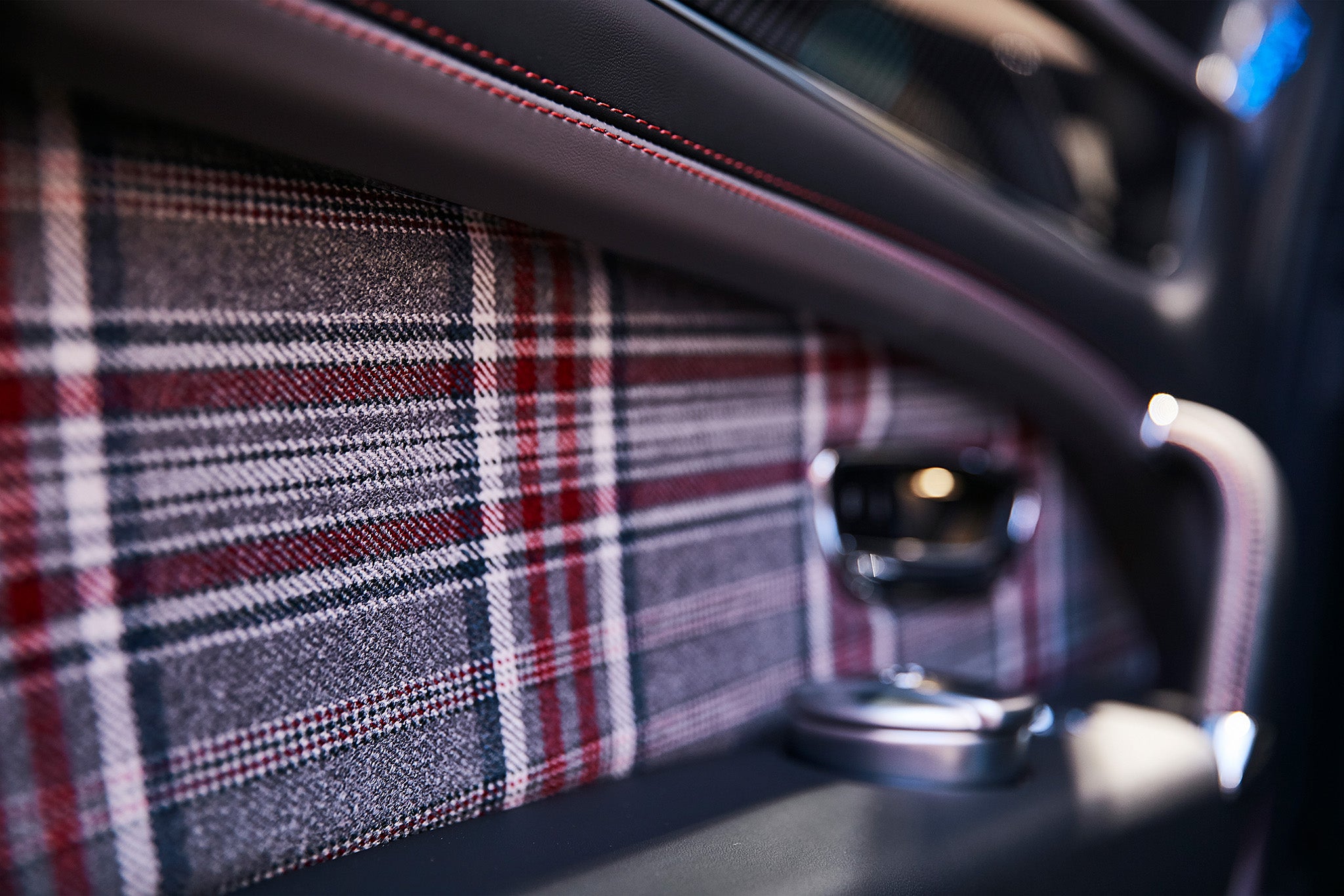 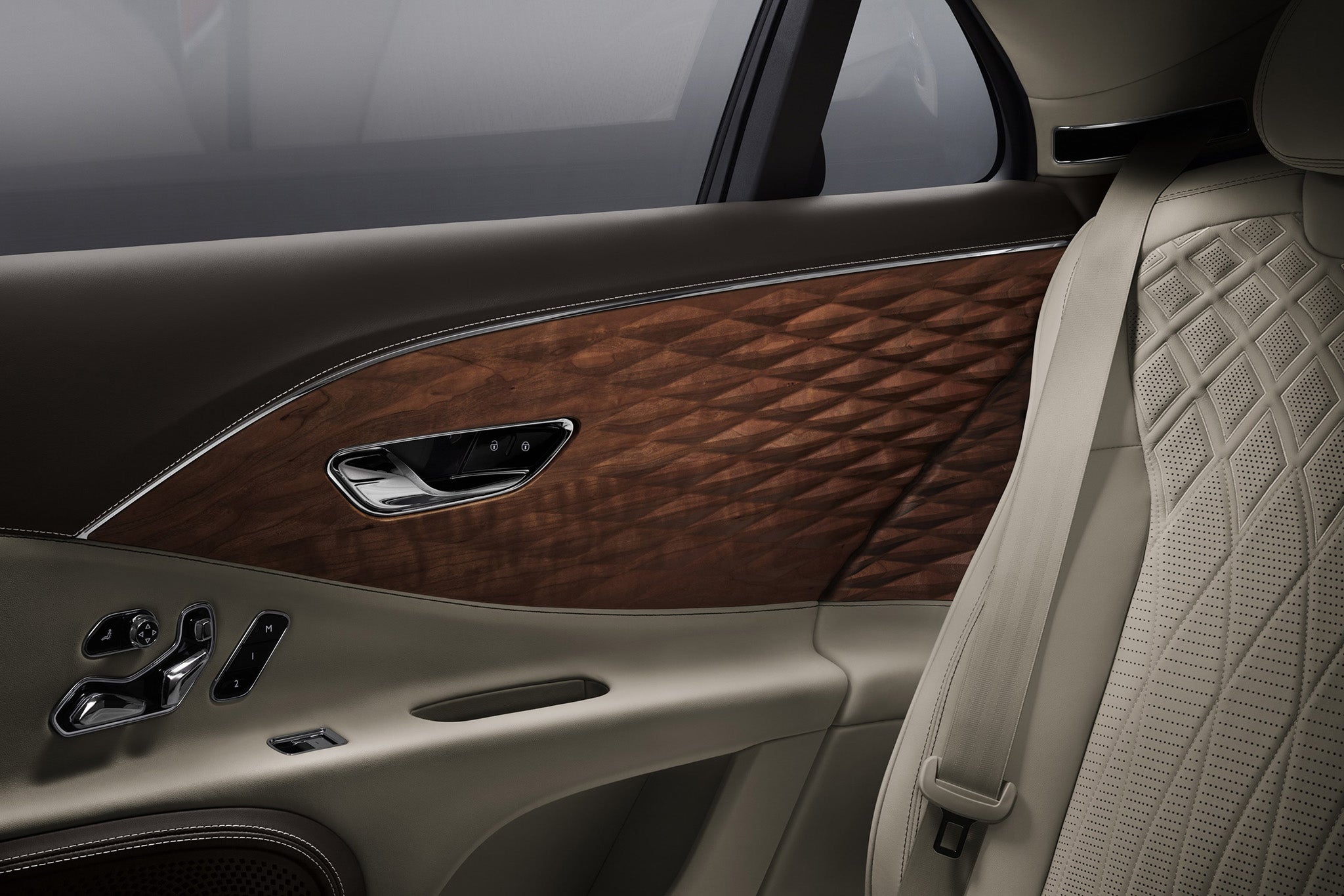 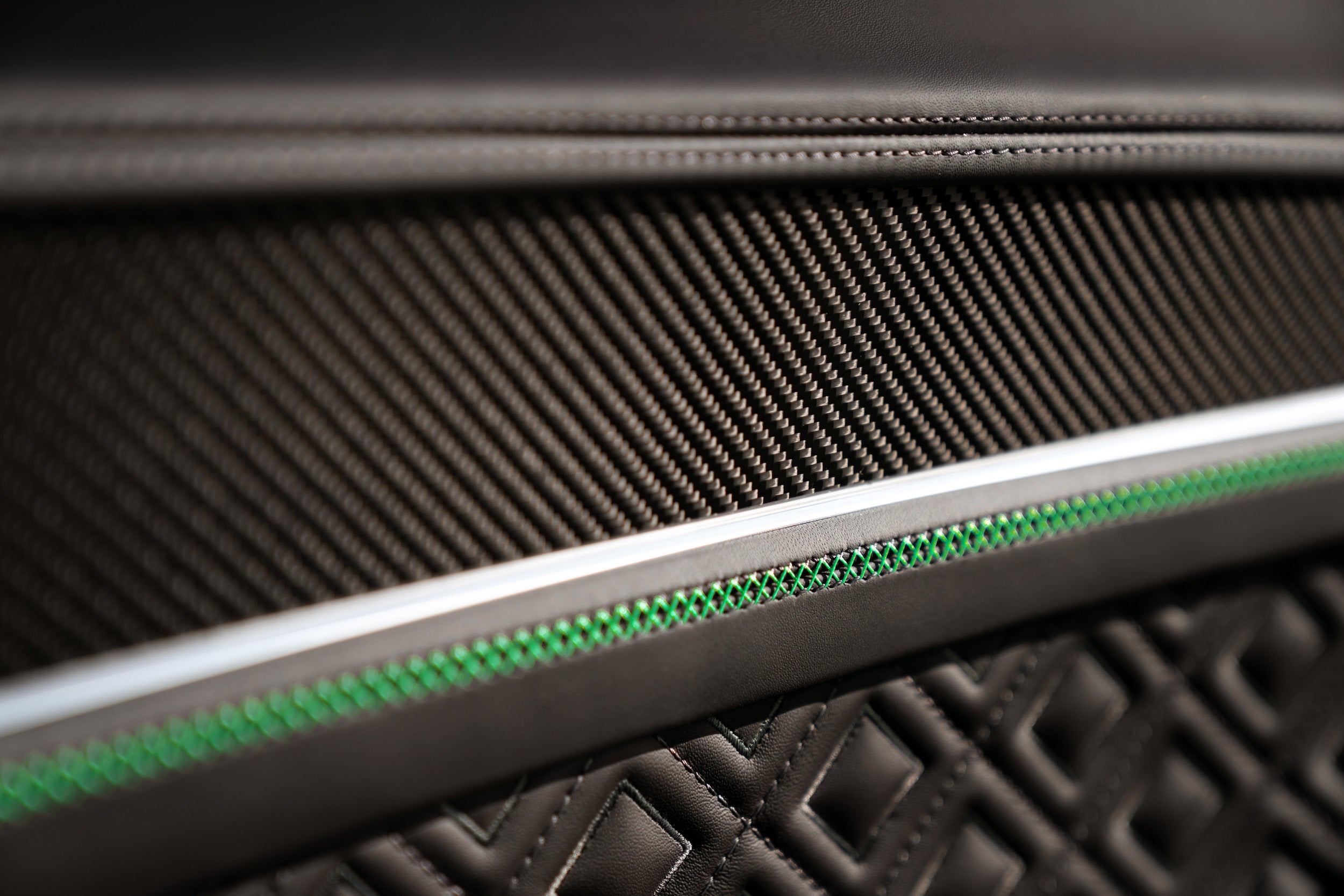 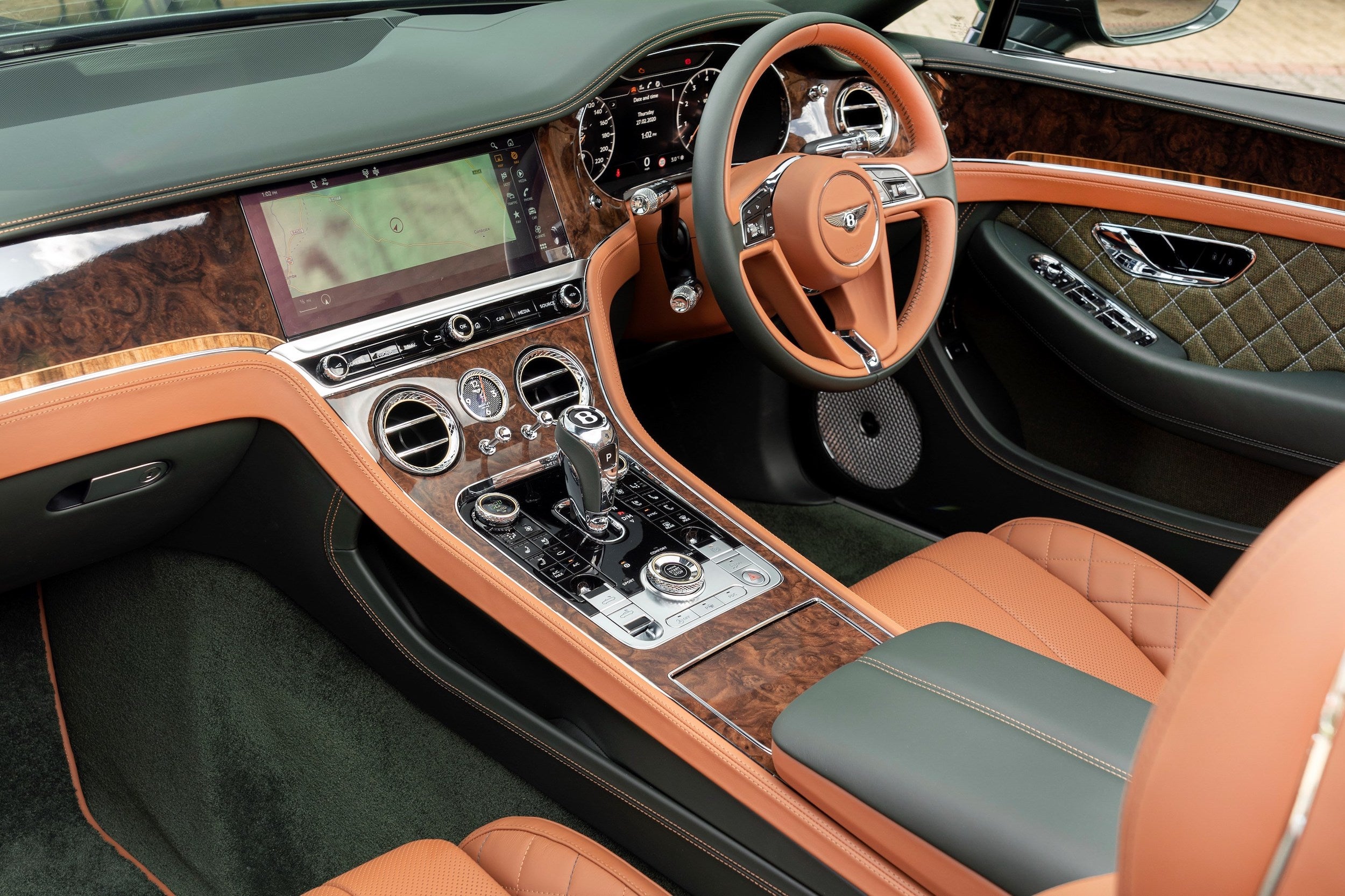 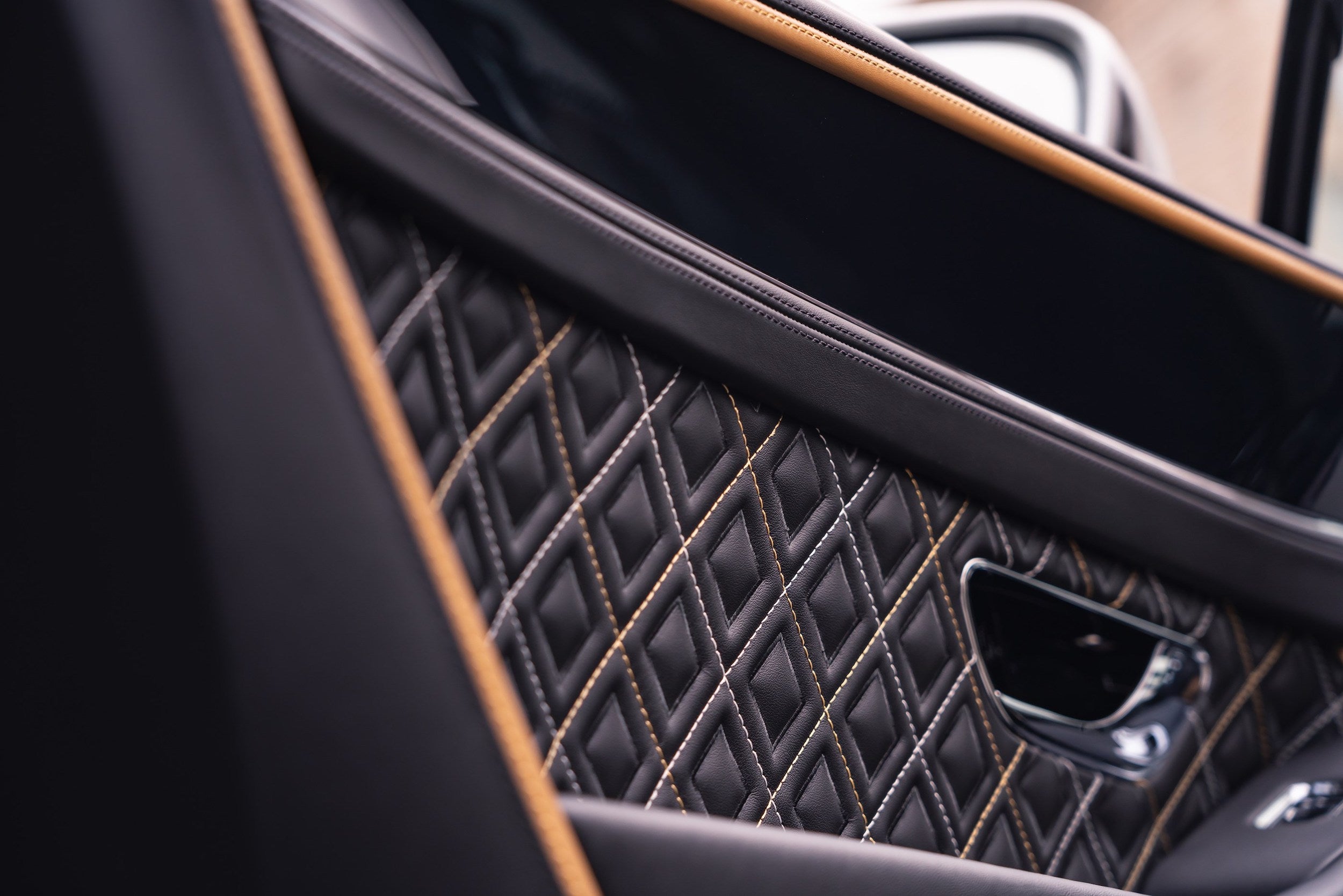 “When we talk about bespoking the car, part of the reason why it takes longer is because we have to involve engineers to keep it legal and safe while also delivering the quality we expect,” Williams said. The automaker must stay within the framework of legality, but from there the options “are exceptionally broad,” Williams went on. “The only disadvantage is you have to be a little bit patient.”

Customers can choose from Mulliner’s ideas catalog—something I imagine to be a monstrous, leather-bound tome—but it frankly comes down to how creative you want to get. Bespoke wood, to use Williams’ example, might take a couple of weeks to apply, but sometimes people want to create a color or stitching scheme that requires them to work with stylists and engineers.

Williams was diplomatic when asked what the most elaborate customization he’d ever seen was—”It’s about personal taste. We’re not there to judge, we’re there to satisfy dreams and desires,” he said—but he did state that he’s seen a lot of intricacies around color. Traditionally, Bentley’s cars are more subdued than ones you’d sometimes see from Rolls-Royce, Aston Martin, or Lamborghini. But as the ages of people customizing their Bentleys drops over the years, the automaker has noticed an uptick in flashier color choices. People now want “striking combinations of color” that they can combine with stuff like their own names in the stitching, for instance.

Additional challenges the team faces include implementing stone veneers. (It didn’t even occur to me that you could put stone veneer in a car.) There isn’t a huge demand for it, according to Williams, but apparently, it’s pretty beloved by the people who do get it. The veneer takes the place of normal wood veneer and of course, has to be strong, stable, and reliable. You can see it in the gallery below: 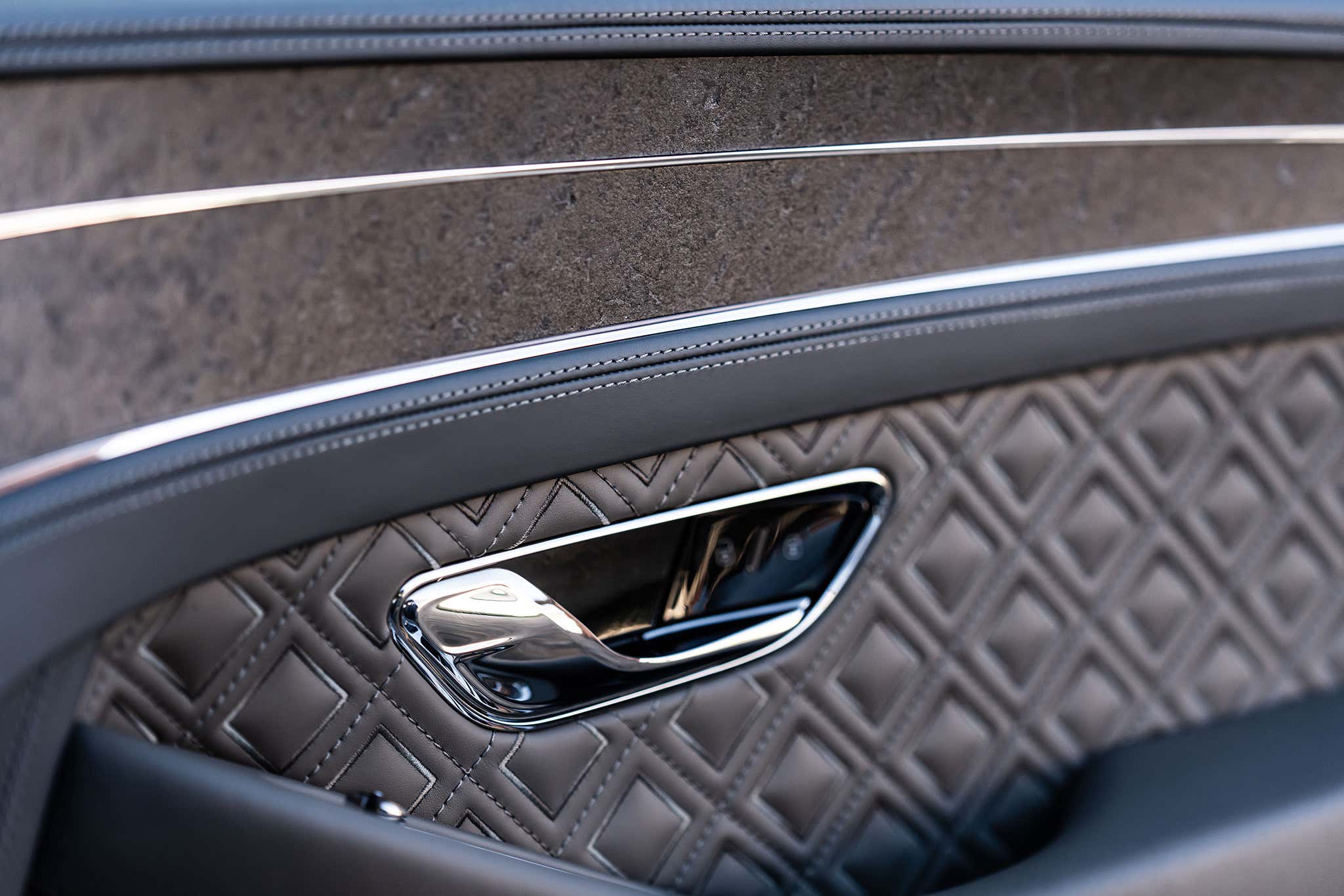 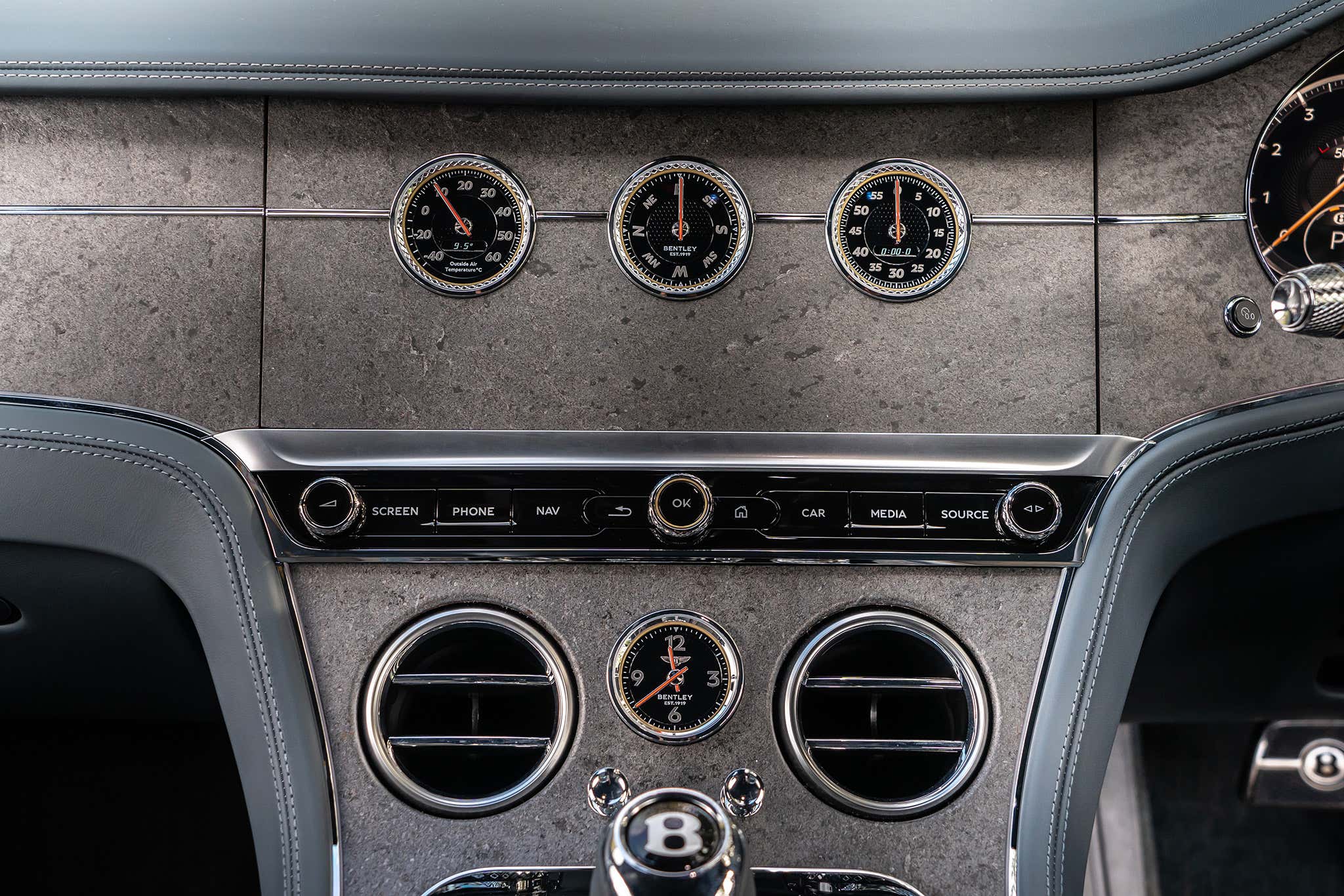 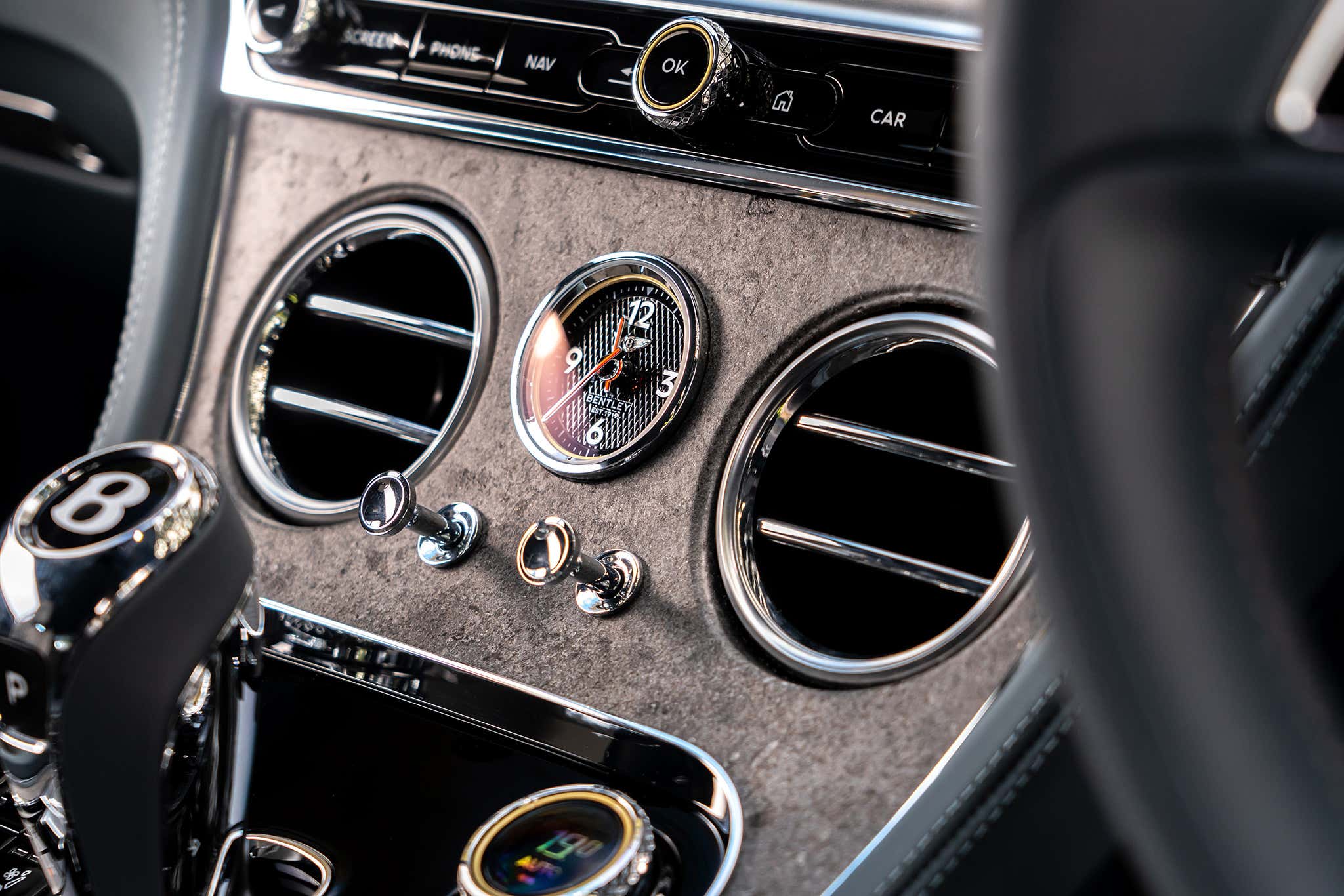 The biggest commission in recent memory was the Mulsanne Grand Limousine. They’re a set of five, never-titled Mulsanne limos that were recently for sale. Ordered by a customer in the United Arab Emirates, the cars were built in 2015, delivered, but never registered or used.

For that, “Mulliner worked closely with the engineers,” Williams said. “It wasn’t just an engineering job or a craftsman job.” 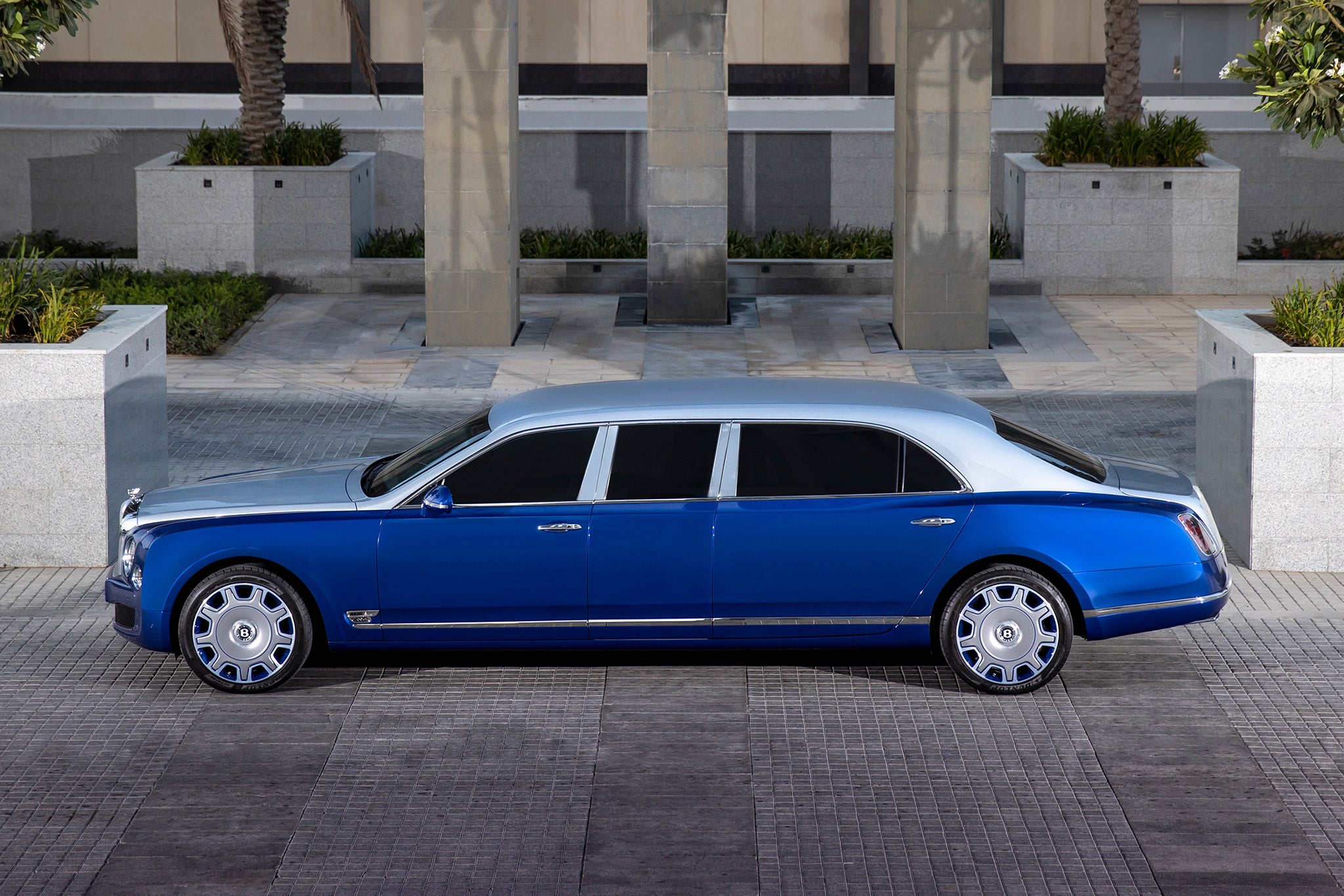 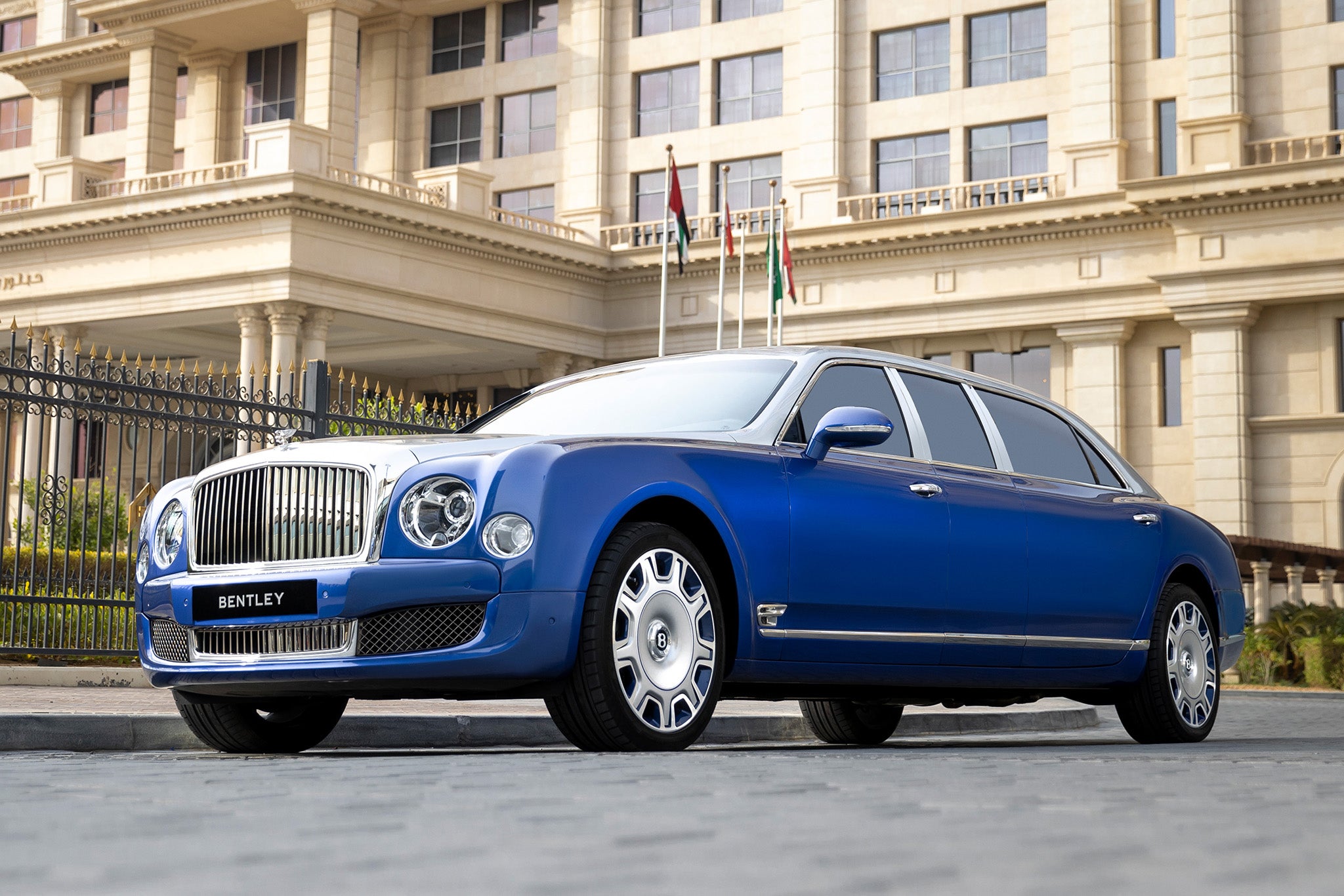 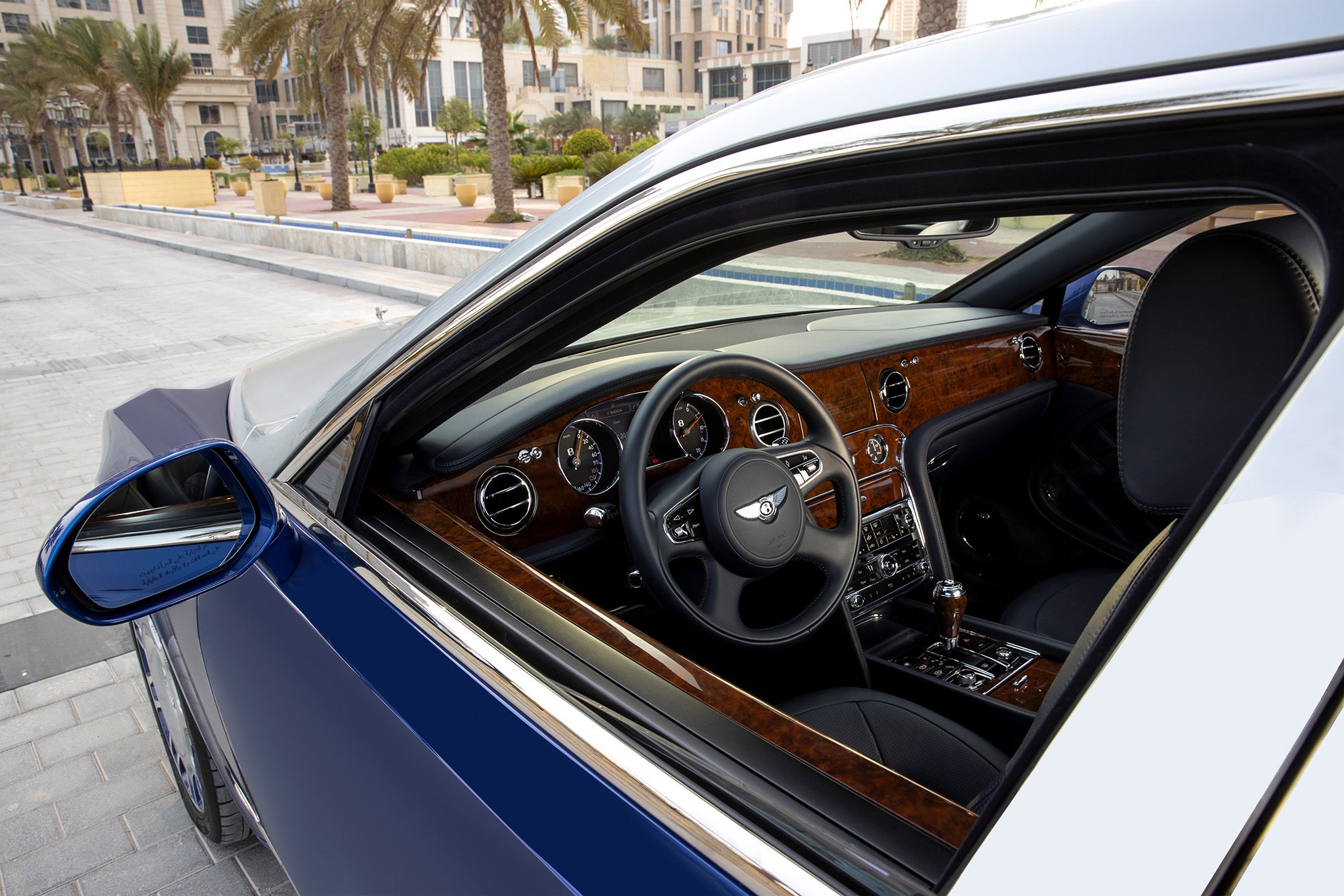 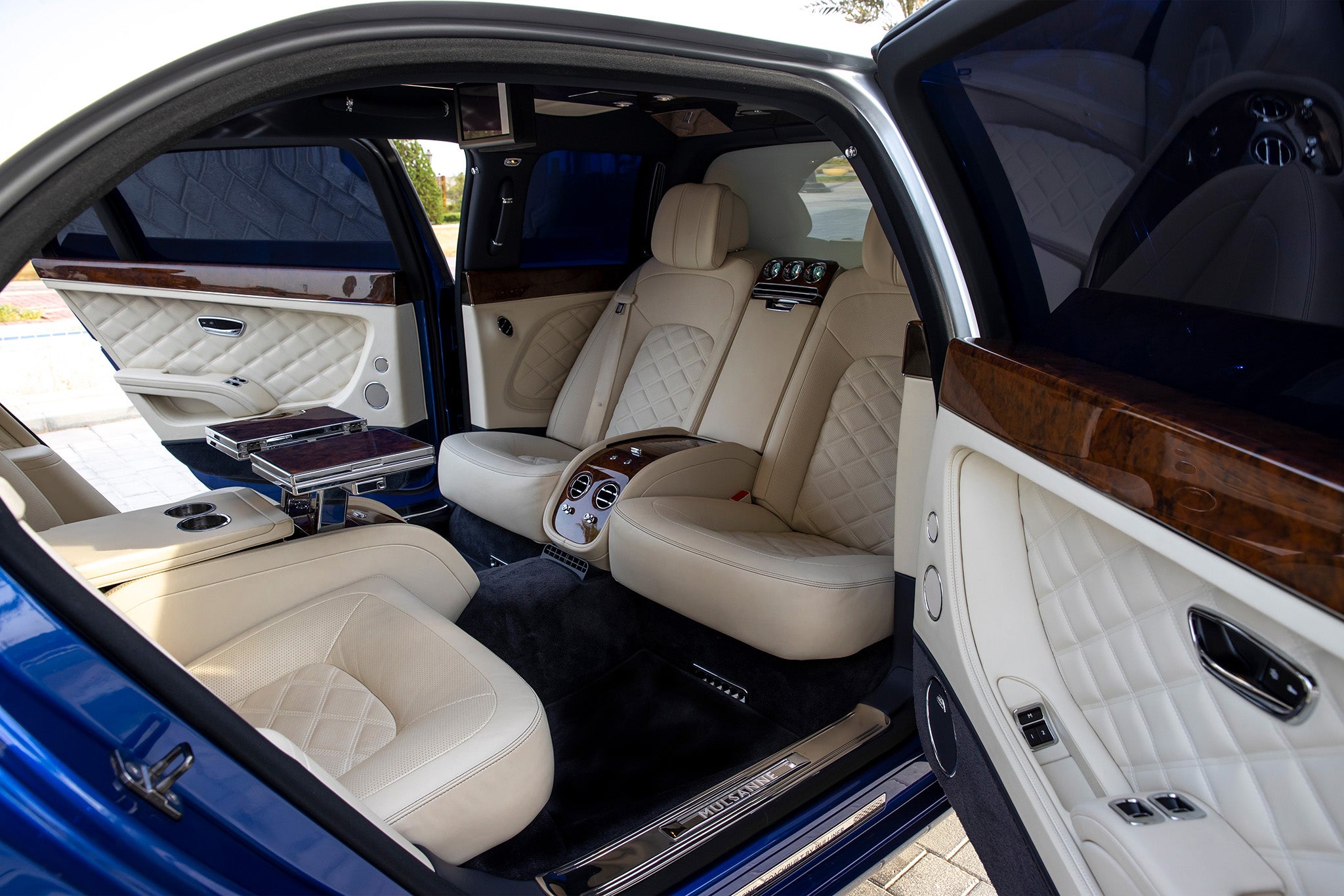 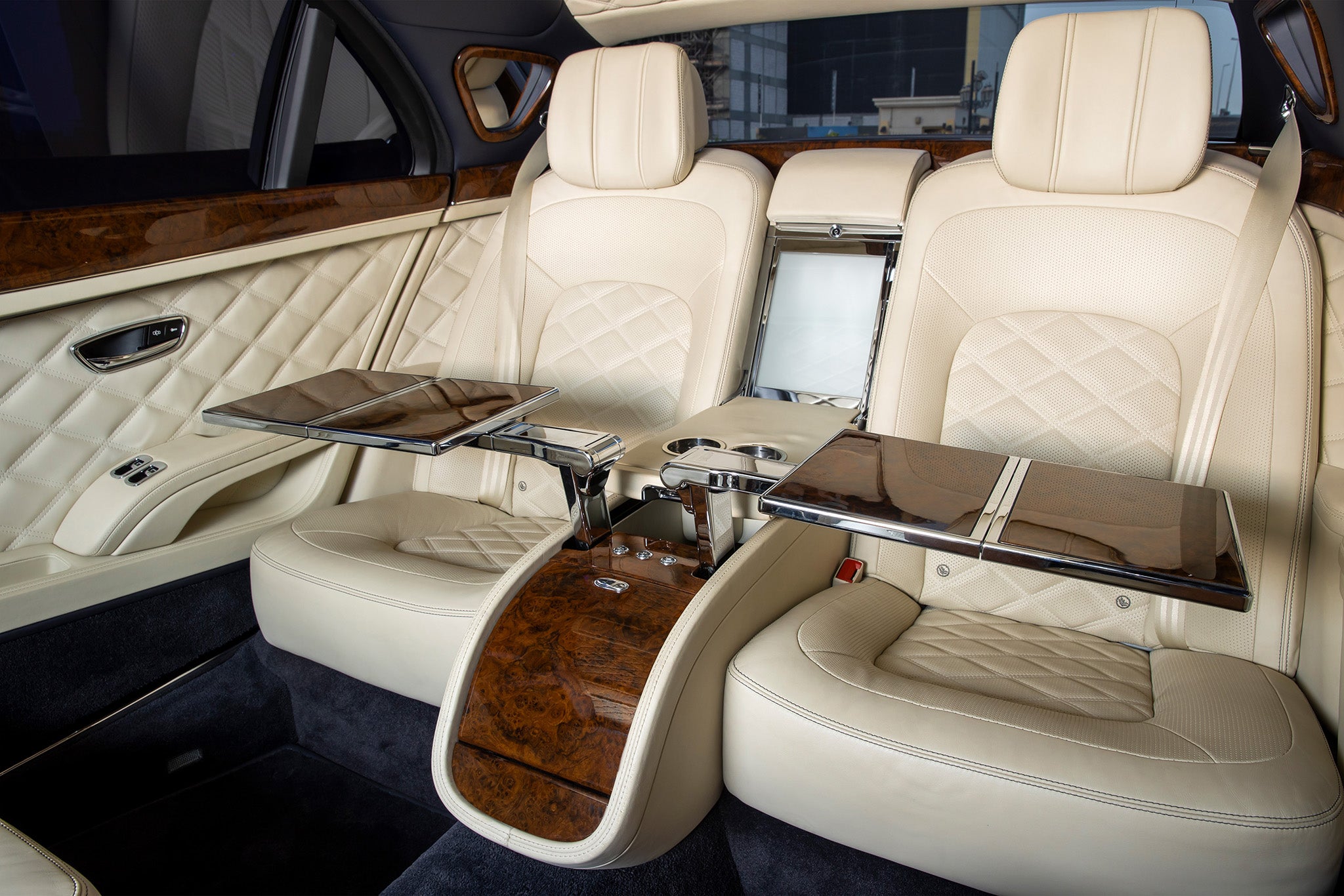 But as we’re winding down 2021 and sustainability is on everyone’s minds, it’s worth examining how all that leather and wood is sourced. For Bentley, it could mean replacing an animal product with a non-animal product, but it’s more about looking at the entire lifecycle of what’s being used.

Williams used wood as an example. “We put a lot of effort into sourcing some of the woods we use sustainably,” he said and asserted that Mulliner in particular is a good testbed for that stuff; he called out the Bacalar specifically because the woods used in it were sustainable. And because the car is so low-volume, the company could deliver on it quickly.

What works out with Mulliner does eventually trickle down to the rest of the Bentley production models, such as the wools and tweeds used in the Flying Spur Hybrid Odyssean Edition, Williams went on. He said that Bentley ran a materials workshop recently that discussed what it’s investigating for the future. When taking a car’s entire lifecycle into account, one must first examine the impact of what happens when the car is made and then also what happens to the car when it’s being recycled. 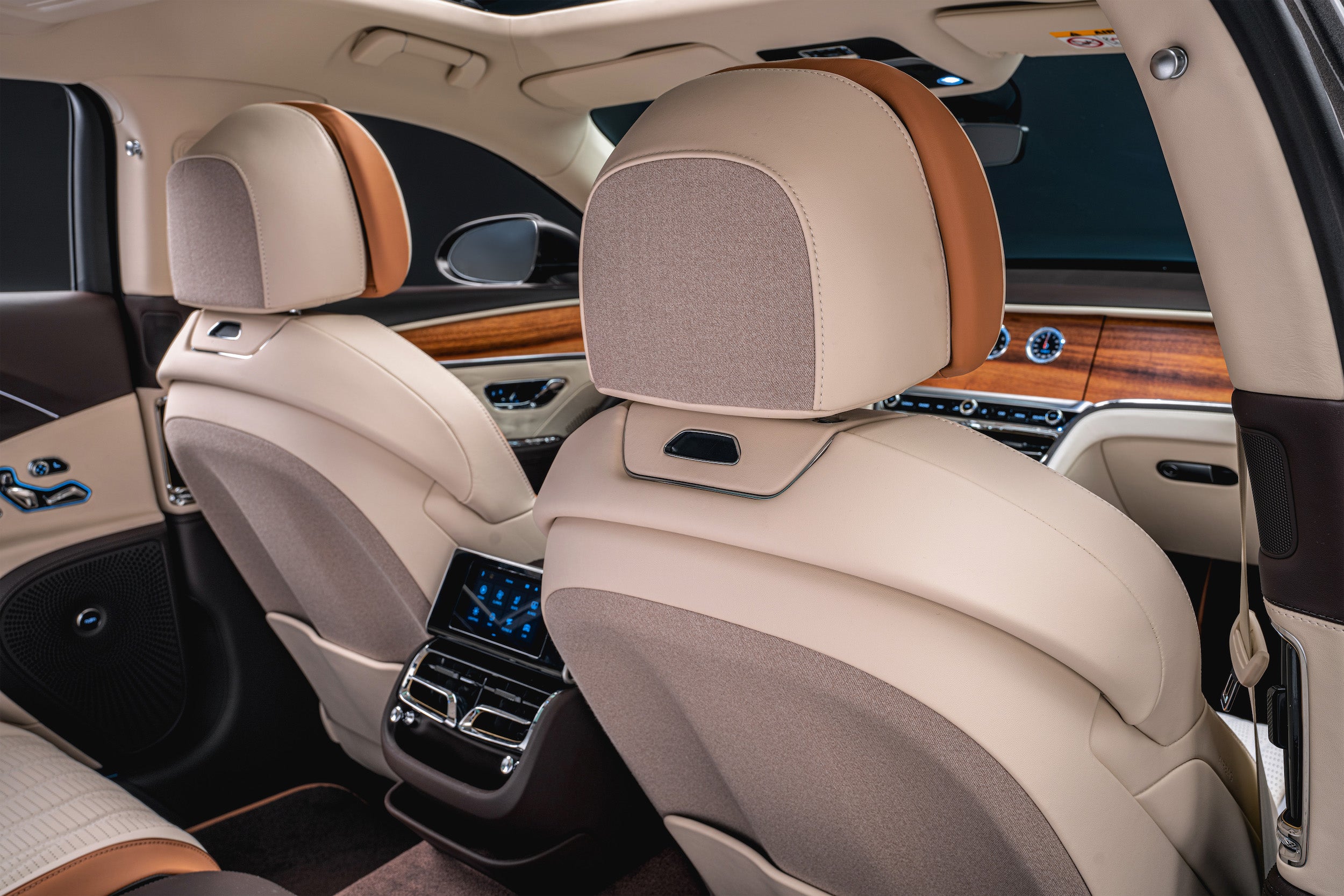 They’re admittedly small steps for now—Bentley only made 12 Bacalars—but it’s good to see that one of the most opulent automotive brands is working to figure out how modern luxury ought to look in the face of our climate crisis. After all, it isn’t automakers like Toyota or Honda that define what luxury means, it’s Bentley. So if there’s to be any change at all, it has to start here.

And yeah, I’d totally get stone veneer in my Bentley. That shit looks dope.

How would you customize your Bentley? Drop me a line at [email protected] 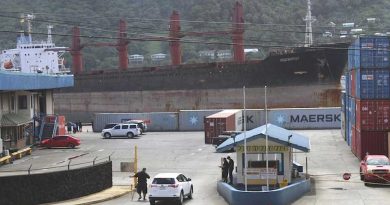 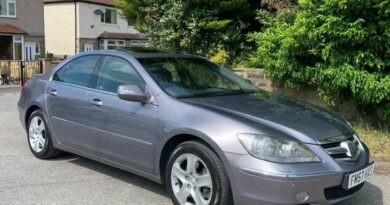