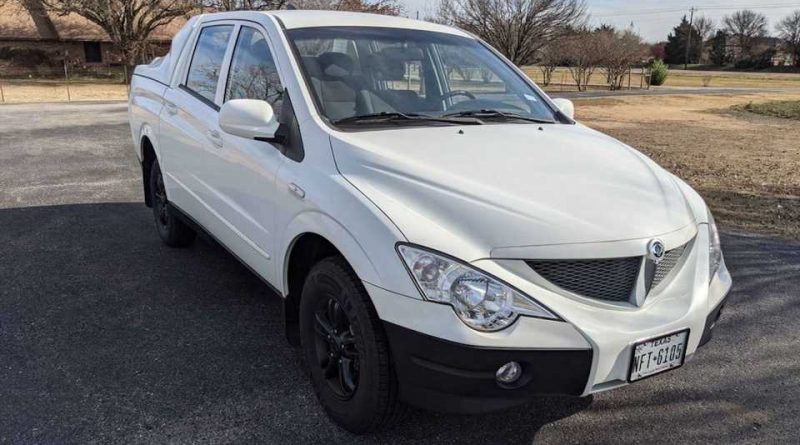 Naming all the Korean car companies is something your average American will struggle to do. Some people will nail Hyundai and Kia, and a handful will remember Daewoo or Genesis, but almost nobody in this country has heard of Ssangyong. Considering Ssangyongs aren’t sold in the U.S. market, where Mazda sold twice as many cars as Ssangyong did worldwide in 2020, that’s no surprise. But somehow, a SsangYong Actyon Sports pickup truck made it into Texas, where y’all did what y’all do and stuffed an LS3 V8 into it.

Listed for sale on Facebook Marketplace, this Ssangyong Actyon Sports is evidently a first-generation, pre-facelift model, dating it somewhere between 2006 and 2012. This will raise the eyebrows of anyone who knows about the U.S.’s much-loathed 25-year import ban, which would ordinarily make this truck inaccessible any sooner than 2031. It’s here, though, and its owner Milton was glad to tell us what he knew about its history. 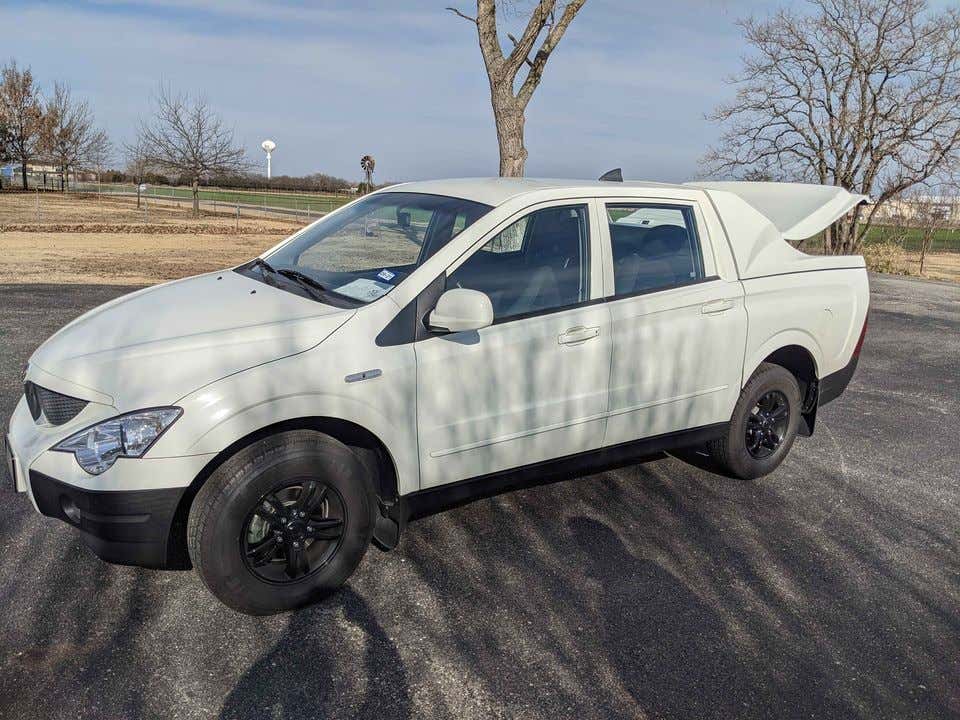 Milton told The Drive he learned that three of these trucks were being stored in a southern Texas warehouse, all of them without powertrains or VIN numbers. He heard they were imported for conversion into electric vehicles, potentially signaling they were brought in by Phoenix Motorcars—a company that makes electric commercial trucks based on existing frames—and planned to sell these as the Phoenix SUT. This particular Actyon Sports may have been the truck Jalopnik reported on in 2019 when one changed hands in the Houston area. 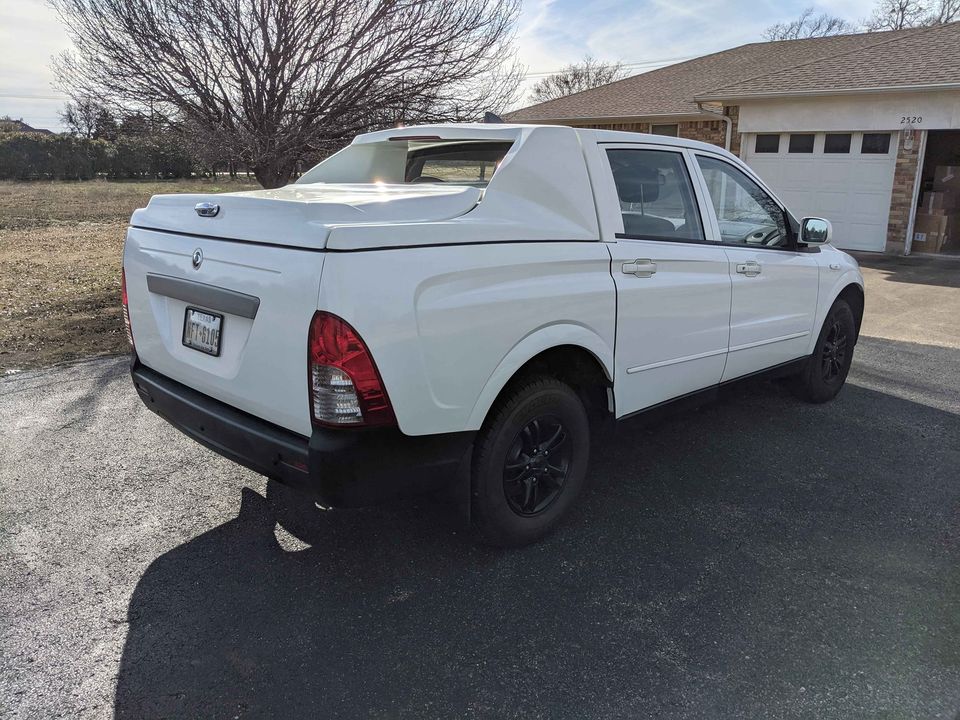 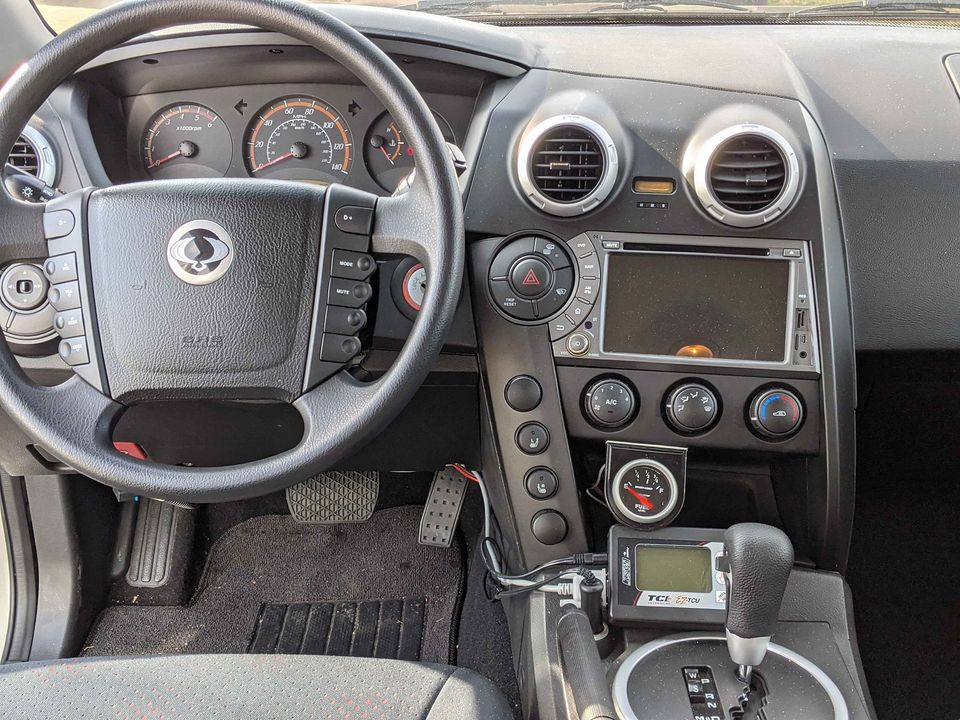 After purchasing all three, Milton fit this particular Ssangyong with a GM Performance crate engine—specifically, a 6.2-liter LS3 V8 said to produce 500 horsepower. In all likelihood, this is the engine GM sells as the LS376/480, which makes 495 horsepower (an inconsequential rounding) and 473 pound-feet of torque. These travel through a four-speed 4L60E automatic to the rear wheels, which probably struggle to lay all that power down in any gear. Whether or not it travels in a cloud of smoke like some paranormal being, it’s an eye-widening sight to many Texans, who often ask Milton what he’s driving only to be told it’s a prototype Cadillac pickup. It’s apparently not an unbecoming joke, either, as Milton tells us it rides like a real Caddy. 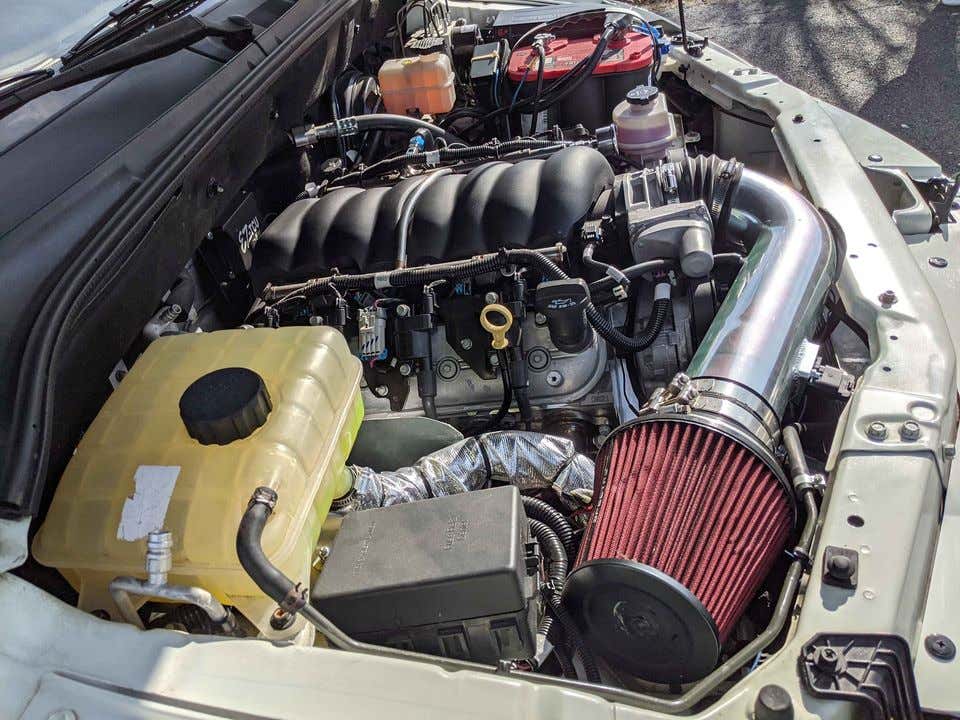 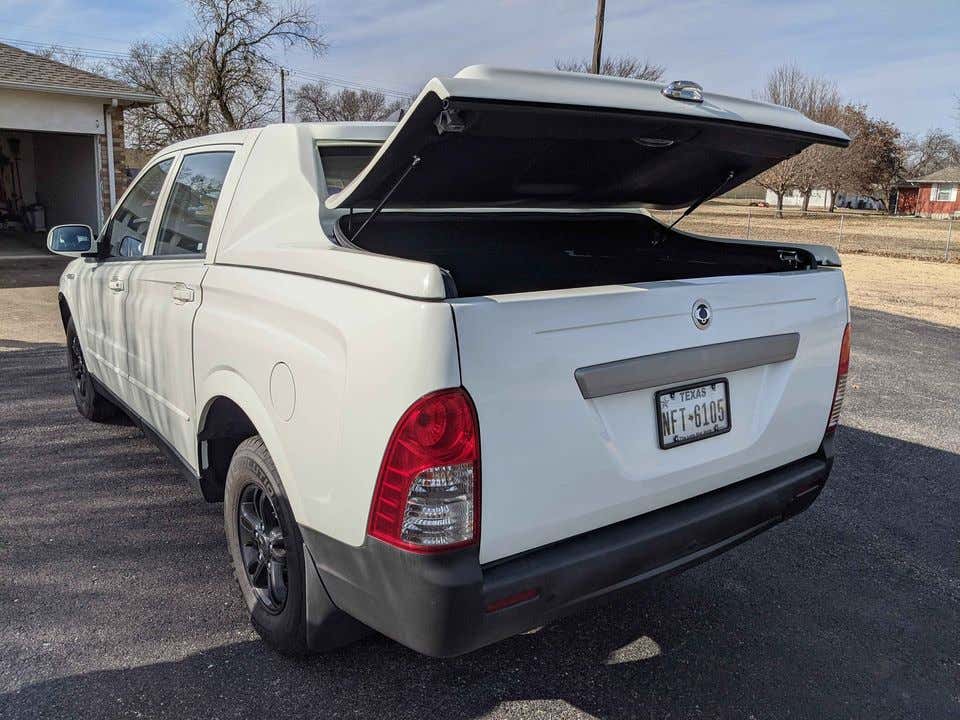 Though many imported late-model vehicles are tough to title, getting plates apparently proved no problem for Milton, who was issued a kit car VIN after an inspection in Dallas. It’s all on the up-and-up, and if you want this super-powered Ssangyong, you can reach out to Milton’s acquaintance who has it listed on Facebook Marketplace for a rather reasonable $20,000. Considering it’s more or less a brand-new, 500-horsepower pickup with an apparently soft ride, a known reliable drivetrain, and… head-turning looks, it’s more than enough to make someone think twice about buying a Ford Ranger. 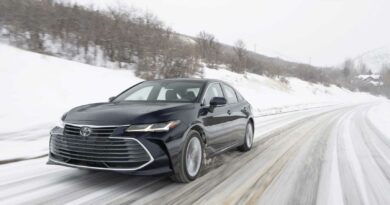 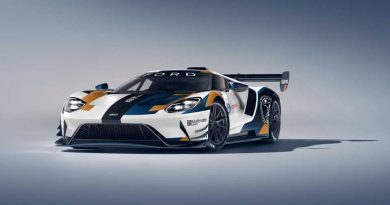