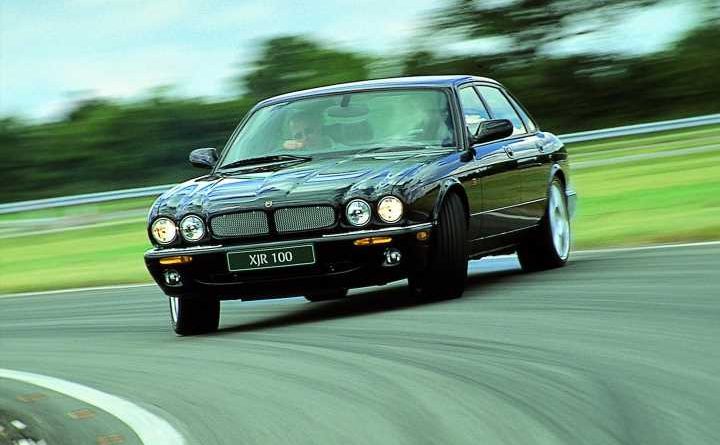 One of Britain's most famous cars went out with a whimper. It deserved a bang…

It's hard to write an obituary for the XJ that doesn't also read like one for its parent company. Jaguar isn't dead, of course – but it's certainly not in prime health. Even the most positive spin of the recent announcement of Jag's abrupt transition to full electrification, with the existing line-up axed by 2025, leaves a large number of questions unanswered. Like any patient facing radical surgery, the risks are obvious.

The seriousness of Jaguar's plight was summed up in the parallel announcement that the new XJ – fully developed and nearly ready for market – had also got the chop. That will have been a hugely tough decision, one that has taken a nine-figure sum in development spend with it. But it is also one that has caused serious confusion given the new XJ was an EV, and therefore seemingly ideally suited to spearheading this electric future.

We'll have to wait for the fuller story on this XJ's demise, but the direct causes of its cancellation were likely pretty prosaic – the collapse of luxury saloon sales around the world, and specs that would have looked indifferent even if the car had been launched on schedule last year. As a glum insider put it just after the announcement: "they just didn't think they'd be able to sell enough of them."

We're not here to mourn the XJ we never had, rather the ones we did get. Because the XJ is high on the list of the most important British cars of all time, one that was launched to incandescent praise and which exerted a huge influence over the wider car industry.

Not that there was anything especially radical about it when it was introduced. Jaguar had made plenty of well-regarded fast saloons before it. The XJ4 project was actually intended to simplify the plethora of three-box models the company was offering in the mid-sixties, where Mk2, S-Type, 420 and Mark X overlapped heavily. The XJ would be powered at launch by the twin-cam straight-six the company had been using since 1948, and the core engineering stuck close to the company's normal way of doing things. It was certainly advanced, getting the independent rear suspension of the S-Type and Mark X, as well as standard power steering and four wheel disc brakes. Yet technical barriers weren't being broken.

The XJ's genius lay in its combination of virtues, especially styling done under the direct supervision of Jaguar founder William Lyons: a man who knew more about smart automotive tailoring than almost anyone else. The swinging 'sixties had mostly bypassed car design, certainly on our side of the Atlantic, where grander cars stayed tall and lumpy. The XJ was a revelation: low, wide, without unnecessary fuss and with a rightness of stance and proportion that worked from every angle.

The driving experience was similarly next-level, the XJ combining exceptional refinement and handling prowess in a way that hadn't been done before, and which bettered anything else then on sale. It was quick, too – the range-topping 4.2 had an 8.8-second 0-60mph time that made it faster off the line than most contemporary sports cars.

Nor is this just the rosy pride-before-fall narrative that usually prefixes British industrial success stories. The XJ was a genuine world beater, and one that Jaguar struggled to match demand for during the first years of its life with long waiting lists and at least half of production being exported. Hardly surprising when praise was so fulsome. Consider this example, from CAR's notoriously hard to please LJK Setright: "to my mind the Jaguar is not merely remarkable for what it is, but also because it makes redundant all cars that cost more."

There were issues, of course. Jaguar suffered from the same worsening industrial relations as the rest of British Leyland, with much of the inability of production to keep up with orders down to frequent strikes. The launch of the long-awaited V12-powered XJ12 in 1972 – a searing 7.4 second 0-60mph time and a 140mph top speed making it the fastest four-seater in the world – was disrupted by a ten-week walk-out by production workers. Ironically this strike had been triggered in large part by the impact that component shortages caused by earlier industrial action had had on line workers' earnings. XJ build quality, never especially high, also began to decline significantly as the 'seventies got redder and angrier.

But the XJ's greater problem would become the difficulty of replacing something so successful. As with the E-Type, the world changed and the XJ mostly stayed the same, with gentle facelifts resulting in 'Series 2' and 'Series 3' suffixes, but the basic car evolving very slowly. A very stylish two-door coupe was launched in 1975, and died just three years later, but that was the last substantial innovation to the original XJ, which looked very out of date by the early 'eighties.

By that time the XJ's cutting edge was entirely blunt and the car's image was more spiv than captain of industry. The decision to have George Cole's Arthur Daley drive multiple examples in Minder, most often the badge-engineered Daimler Double Six V12, was a spot-on bit of automotive casting that summed up its faded fortunes. As did starring roles in numerous 'eighties banger races.

The XJ was replaced, but in the least radical way possible. Work on the so-called XJ40 had begun in the early '70s, but it would be 1986 before it finally reached market, and although it sat on a new platform its design had been kept so close to the original that many struggled to tell the generations apart. The XJ40 also suffered from its own reliability issues, including a fault-prone electronic architecture that was woeful even by Jaguar's low standards. It enjoyed a good few years, especially in the UK where the base 2.9 version was carefully positioned as a rival to plusher versions of the Rover 800 and Ford Granada. But, once again, it was left on the shelf for too long, largely due to a lack of development funds. Spotting a pattern yet?

Ford had taken control of Jaguar in 1990, but engineering spend was slow in coming. Ford paid for what was essentially a very heavy facelift of the XJ40 – the X300 – launched in 1994. Uncle Henry then dug deeper to fund the creation of a new V8 engine, this going into the XJ in 1997 alongside another facelift, a fresh interior and another new model code – X308. The combination of bristly performance and substantially improved build quality boosted the XJ's fortunes and created several highlights; the supercharged 370hp XJR from this era tops my personal list of favourite XJs.

But the X308 was just a stop gap before Ford's cash could be put to better use. Development began on an entirely new XJ, one that would feature a radical, weight-saving aluminium structure and an unprecedented level of technology for the brand. A car, journalists were assured, that would put Jaguar right on top of the pile.

It didn't. The 2003 X350 was a hugely impressive piece of engineering, but it was also a pulled punch thanks to the faux-retro styling that entirely failed to sell how clever and different it was. Excessive nostalgia was a disease that ravaged much of the motor industry at the time, from the Chrysler PT Cruiser and 2002 Ford Thunderbird to the FWD Volkswagen Beetle, and the XJ was much less olde worlde than the S-Type that had preceded it. Yet it still felt unimaginative and undaring compared to the wider market, a half-step that lacked confidence or bravery. A senior executive later admitted the blame mostly lay on the decision of Ford management to believe U.S. focus groups who said they wanted to keep traditional XJ design above everything else.

These groups had clearly lied, because the hugely expensive X350 was a sales dud almost everywhere, production soon falling to under 10,000 cars a year. Jaguar realised it had taken a wrong step and development had began on a replacement before Ford sold the company to Tata, one on which design director Ian Callum had much freer rein (having inherited the mostly finished X350 after the sudden death of previous design boss Geoff Lawson.

The X351 arrived just seven years after the X350 and was much more radical: handsome, daring and deliberately different. It didn't have the magical refinement of some of its waftier predecessors, and its adequate-for-2010 technology was soon starting to feel dated. It was an impressive renaissance and one of the most successful Jaguar XJs, due in large part to growing demand in China, which drove production to a peak of 20,000 cars a year. That was enough to make it Jag's second best seller for a time, behind only the XF. It was successful enough to persuade Tata to roll the dice again and sign off on the development of what should have been the electric XJ. But we know how that story ended.

Despite canning what should have been the next one, new era Jaguar may always choose to bring the XJ name back on one of its future EVs; we live in a world where the Ford Puma has made the transition from baby coupe to compact crossover. But even if that happens the break in the XJ lineage will deny any true link to the model family that played a bigger part in Jaguar's history than the E-Type did. The XJ deserved better than this quiet demise. 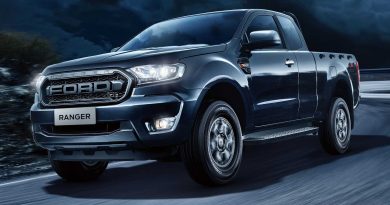 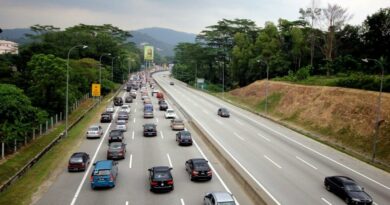 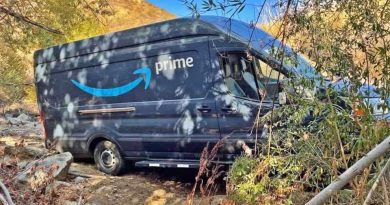