For those of us who prefer physical controls in a car’s interior over a large touchscreen, the past few years of new car design have felt like we’re all screaming into a void. More and more automakers are ditching knobs and buttons when it comes to basic interior functions like HVAC and radio controls, and are rolling them up into one large iPad-style touchscreen.

Never fear, though, because there’s at least one auto designer who has our button-loving back: Jaguar Director of Design Ian Callum. When Automotive News asked if Callum would ever consider incorporating a large Tesla-style touchscreen in one of his cars, he replied, “Not if I can help it.”

Callum is the 20-year Jaguar Land Rover veteran who is largely responsible for modernizing Jaguar’s lineup away from retro-looking designs that had grown stale to the sleek, modern cars you see today.

Callum was presenting the refreshed Jaguar XE sedan at a Manhattan dealership when he mentioned his biggest beef with touchscreens: they take too much attention away from the driver, as he explained to Automotive News.

If you’re driving 80-90 miles an hour—and you can in some countries, legally—you don’t want to be flipping around an iPad looking to move your door mirrors or your seat controls. You need to be able to feel your way through the car without looking at it for more than a millisecond.

I think I let out an audible “yaaaaaaaassssssss” when I read Callum’s quote for the first time. Big touchscreens in cars were popularized by the Tesla Model S and are now popping up in everything from McLarens to the new Subaru Outback.

The Tesla Model 3 is the most extreme example of this design trend, where a large center touchscreen handles most of the car’s features.

Yet it was my own experience test driving a McLaren 570S that sold me on the need for physical controls that a driver can tweak by feel. It was a nice fall day in Texas, which meant that I set the air conditioning extra cold when I got in the hot car and needed to turn it down mid-drive on a twisty backroad I wasn’t too familiar with.

I tend to be a little more cautious when I’m driving someone else’s car in the first place so as not to inadvertently test the car’s safety features. Trying to juggle the attention demands of both an unfamiliar road as well as a touchscreen was a surprisingly nerve-wracking experience even though this road’s speed limit was relatively slow. I think I may have even asked the other journalist riding in the passenger seat to handle the aircon settings for me at one point because I didn’t want to risk it.

I was left wanting a roughly HVAC-shaped knob to turn by feel as I kept my eyes on the road ahead in that car, and that’s exactly the kind of thing Callum wants to keep around. The Jaguar XE Callum was presenting still had two screens, with major information displayed up top and more detailed information on things like climate control on the bottom screen, as Automotive News notes, but it also features tactile controls for things drivers typically tweak mid-drive. That tactile feedback, be it a click of a knob, a flip of a switch or a press of a button, can let you know that your input went through without having to look at it.

Even the most technically advanced cars on the planet—be it Formula 1, Formula E, or Le Mans prototypes—still have a host of physical controls inside or on the steering wheel, and I’m not convinced that this is solely because the driver wears gloves. If teams really wanted to, I’m sure someone could throw a touchscreen-compatible fingertip on a racing glove. Yet those teams make their buttons and switchgear as clear and simple to use as possible because the driver’s attention on the course ahead takes priority. It’s time for that same priority on driver focus to return to road car interiors, and it’s a big relief to hear at least one designer voice that concern out loud. 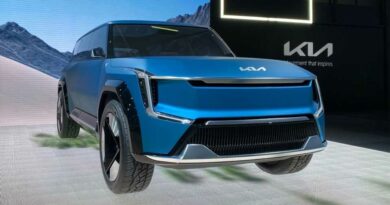 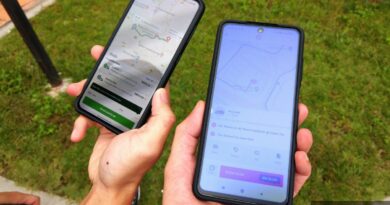 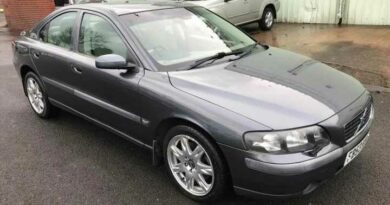