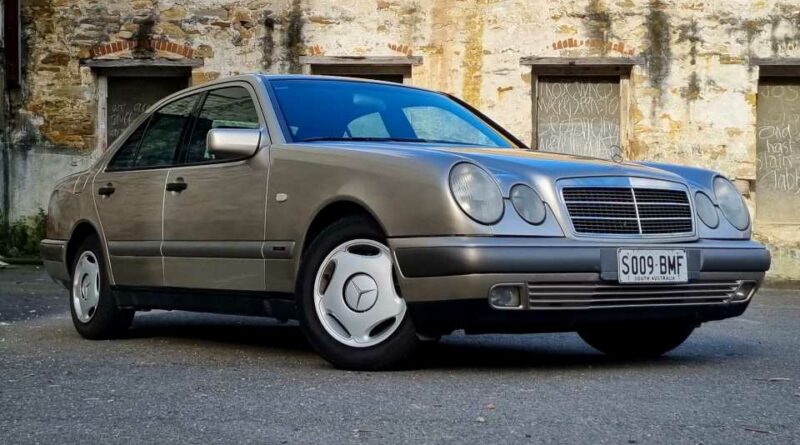 It’s a lesson passed around the community; a cautionary tale intended to protect car enthusiasts from rash decisions and that which is too good to be true. Friends don’t let friends buy cheap, old German cars. We all know they’re out there—luxury sedans packing big, powerful engines for less money than a sensible Japanese commuter of similar age. Their tantalizing charms come with a sting for the unwary. Breakdowns and even basic maintenance will quickly total a vehicle and leave the new owner with naught but scrap when the music stops.

We see the pitfalls that await in articles, blogs, and YouTube videos featuring obnoxious young men imploring you to laugh at their expense while you like and subscribe. But what if there was another way? What if the curse could be broken, and there really were good deals to be had on the older cohort of premium Teutonic vehicles? Of course, you know where this is going. I had to test that theory by buying one of my own: a 1998 Mercedes-Benz E240 which, shit, is somehow almost a quarter-century old. The trick, I decided, is that the sought-after performance models are often the worst of the breed. Seeing a ten-year-old 6.0-liter V12 for a bargain basement price seems like a hell of a deal, until you consider what it costs to service, let alone repair. Similarly, a high strung V8 sports sedan from two decades back might be surprisingly cheap, while also being known for maintenance headaches or engine issues that are all too often terminal.

The real scores often lie in the more pedestrian models. Look away from the thirsty AMGs and neurotic M cars; think more BMW 520i or Audi A5. We’re talking comfortable vehicles with appointments and build quality far exceeding the quality of a contemporary commuter car. Of course, you’d expect no less given the lofty original sticker price. But when depreciation hits hard and these cars pass into the second-hand market, those qualities are subsumed by concerns about high running costs and unexpected, debilitating repair bills. That ignores the reality that the less-opulent models do regular duty with police forces, government departments, and other fleet users in their countries of origin and around the globe, serving for years without major disaster. Plus, go back far enough and you get into the years when BMWs were simple and Benzes were built like tanks. 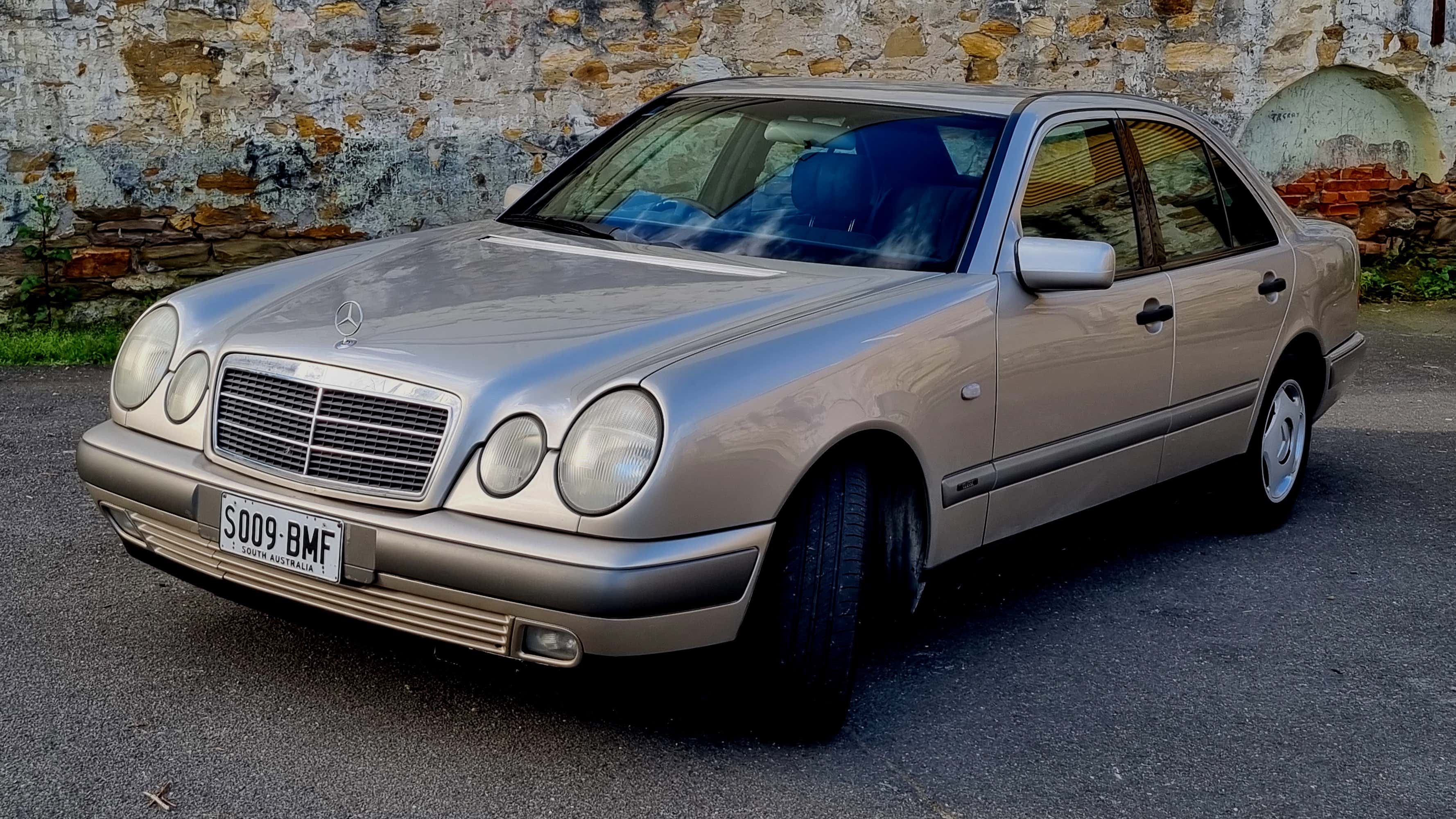 You might find such an example as a 1998 Mercedes E240, as this writer did, for the low price of just $2,650 Australian dollars, which is just under two grand American. You’d struggle to find a nice Toyota Corolla from the same era for that money here, because everyone knows a Corolla lasts forever. Comparatively few punters are aware that the running gear in this particular German option has a great reputation of its own. The M112 V6 engine under the hood is known in Mercedes circles as a reliable workhorse. Paired with the rock-solid 722.6 automatic transmission, it’s suddenly not such a terrifying proposition.

Sure, it only boasts 168 hp from a 2.4 liter V6. It’s not going to set any record times at the Nurburgring, nor will it vaporize tires into thick clouds of white smoke at the flick of a toe. However, as a daily? It’ll get you up to highway speed and beyond, no problem at all. 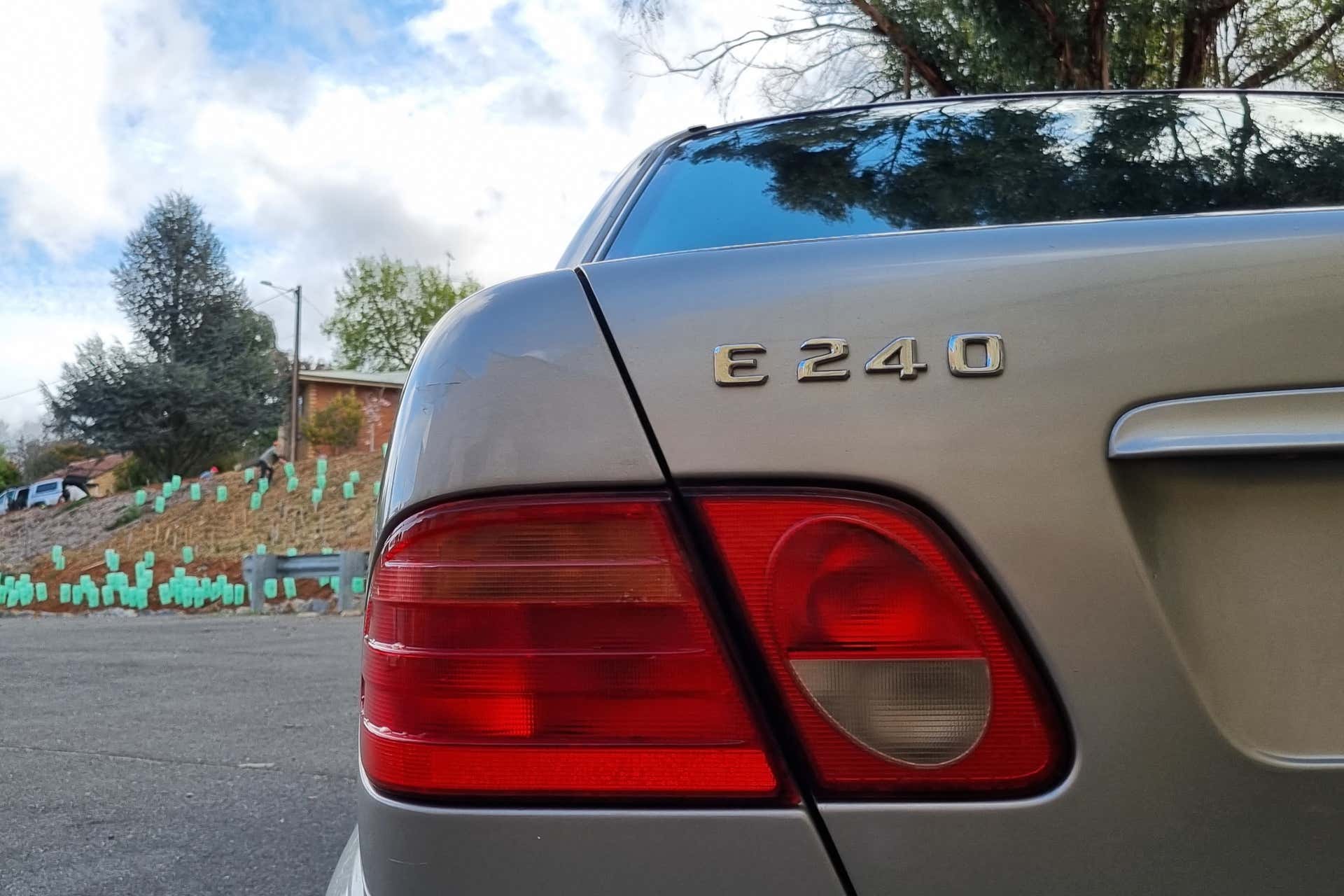 Going in, of course, I was wary. It seemed improbable that this car was a good buy, but on meeting the owner and checking it over, precious little was wrong. The oil was free of coolant, and the coolant was free of oil. No rust was evident, and the car started, idled, and drove with a reassuring smoothness. 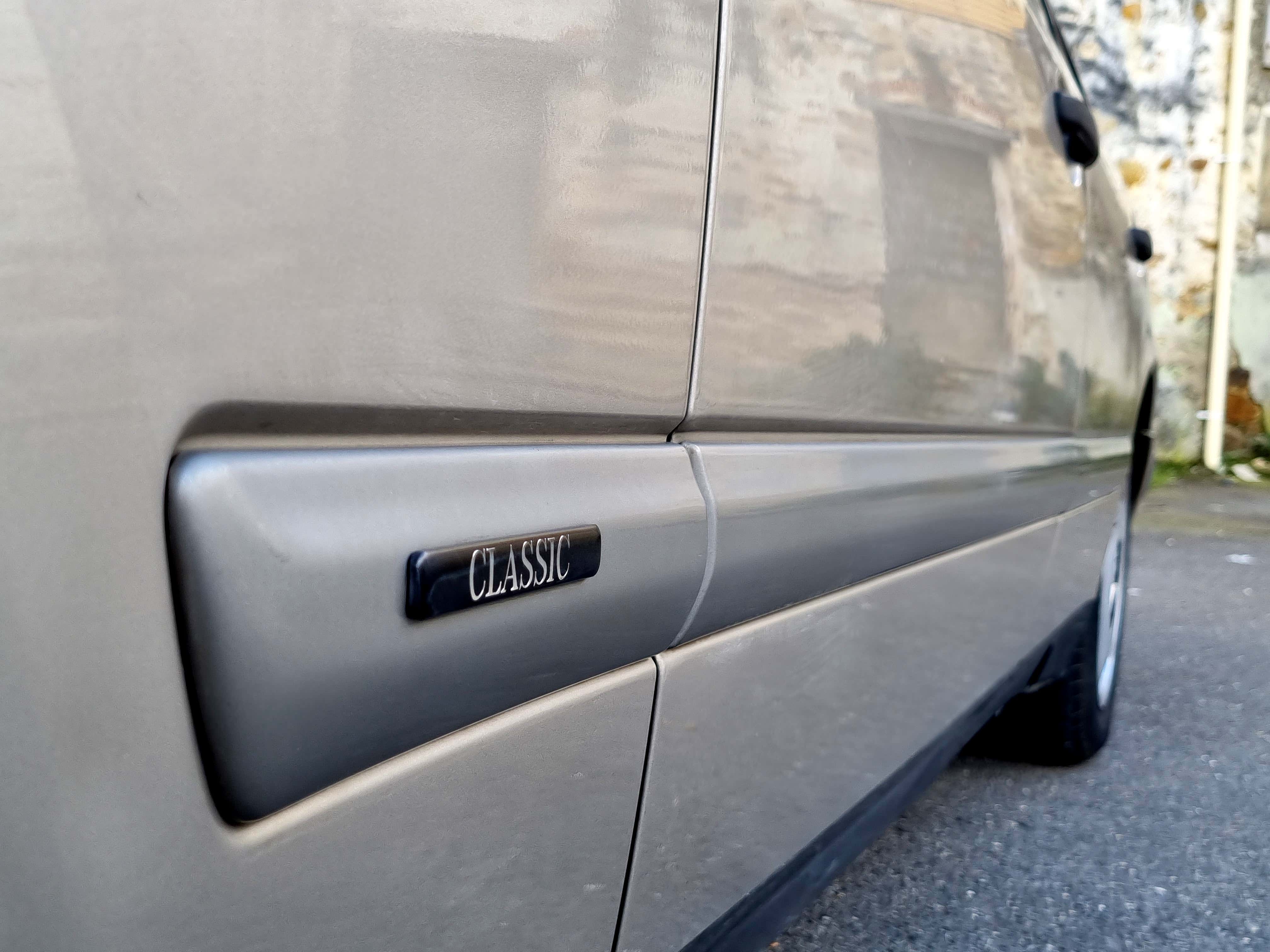 There was just one thing; I nearly missed it entirely. Turning down the blower for the A/C, I heard an ugly whirring sound, one that varied with road speed, not RPM. Questioning the owner, I got an uninspiring explanation that it had “always done that.” An eyebrow raised, to be sure. Granted, however, his point that the sound was still there when coasting neutral was a fair cop, suggesting it might not be a transmission issue.

The thing that really sold me on the car, however, was the quality of the interior and exterior. The car wore all its paint, with no missing clear coat and only a couple of nicks and scratches. The interior was remarkably clean too, with only a few cosmetic issues on the rear carpet and driver’s seat. The vast majority of the dash and buttons were mint, though the woodgrain was sun damaged from two decades Down Under.

It wasn’t perfect, but it was the closest thing I’d come close to owning in years. When it comes to older cars, swapping out a transmission or a noisy driveshaft is comparatively cheap and easy. Replacing a cracked dash or repainting a damaged roof can be riotously expensive in comparison.

Drivetrain noise and all, I decided to take a shot. The first few days were remarkably special. I wouldn’t consider myself a pretentious soul. That said, there’s something about sitting inside and gripping the wheel bearing a badge you never thought you’d see on a car of your own.

The next month bore out the glory of my score. Diagnosis pointed to a worn diff as the source of the noise, and a ring around a few wreckers sourced me the parts I needed. A few days on my back on the driveway and a creative jig of my own design got the job done for less than $1600, including plenty of new tools. 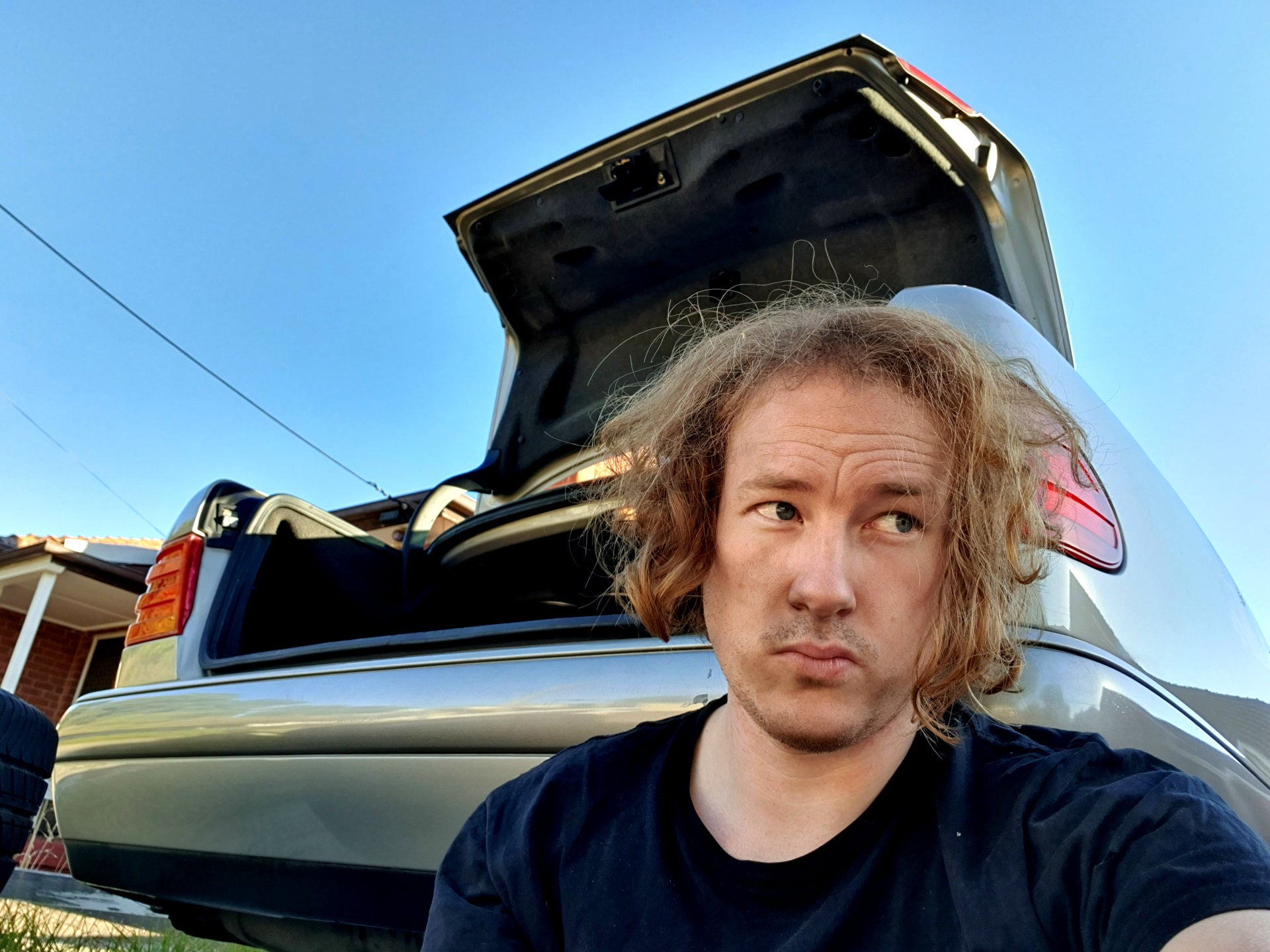 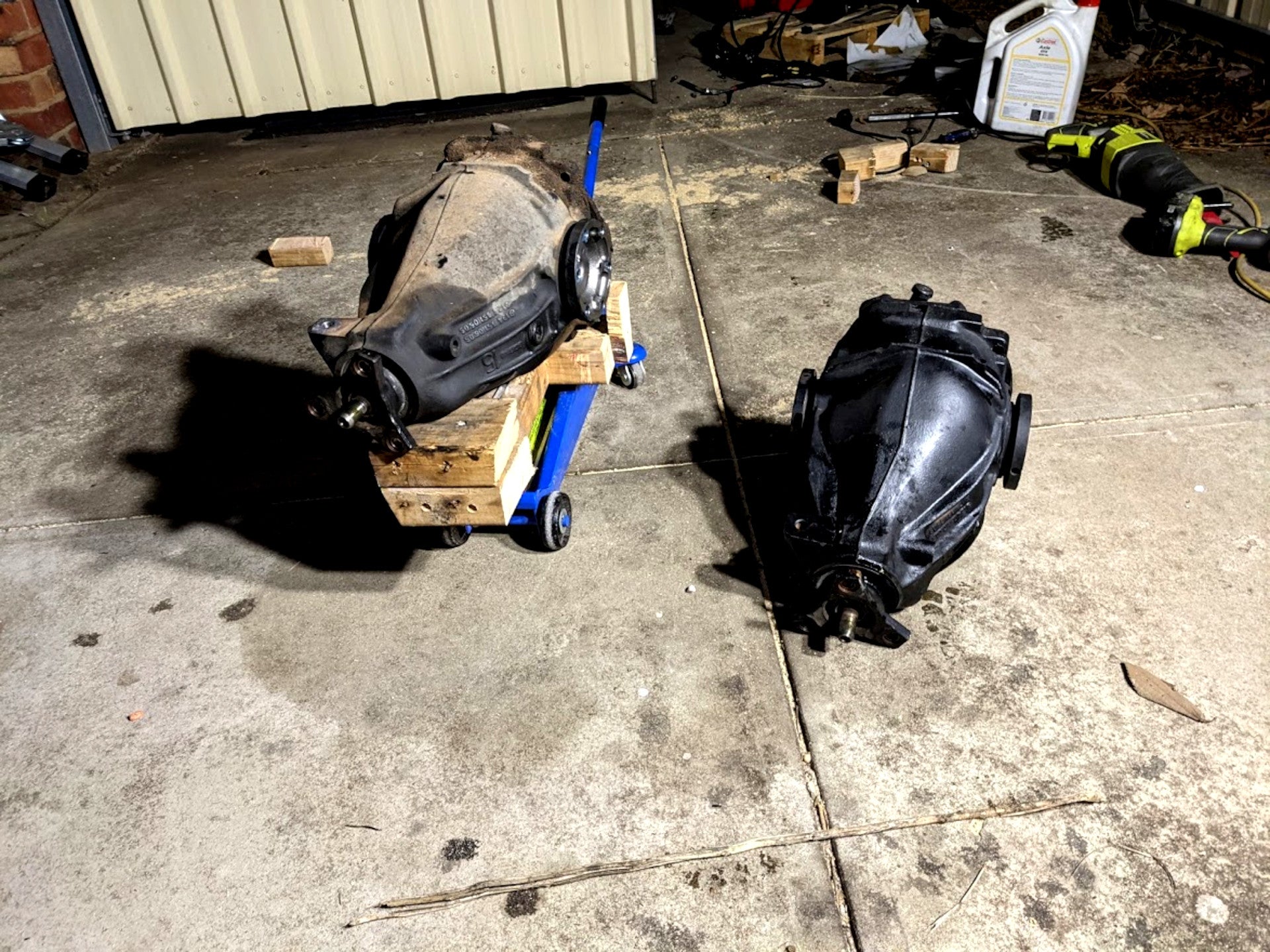 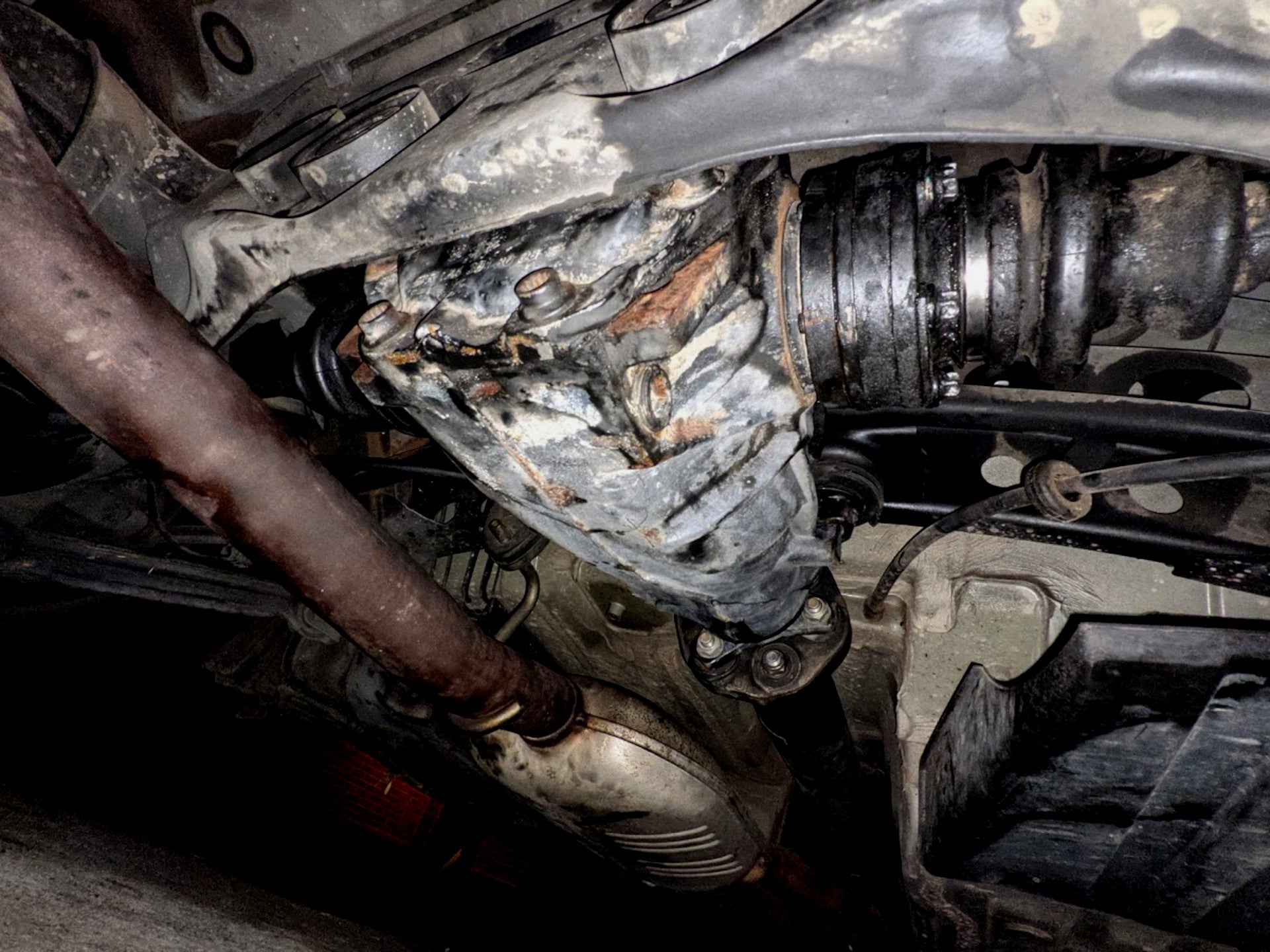 Suddenly I had a shiny luxury sedan with which to cruise the neighborhood. Quiet, comfortable, and refined, it was world’s apart from the haggard Miata and free Civic I’d been driving in recent months. For once, I owned a car that was actually worth washing; one I could detail without removing more paint than I saved.

Sure, it wasn’t perfect. There are a few bits of carpet that have seen some wear, but none that stare you in the face on a daily basis. The woodgrain, too, was shot, but a few pieces sourced from local wreckers and eBayers from Lithuania helped solve that problem. The car may now wear a two-tone design inside, but to me, that just makes it mine. Perhaps there are a couple of other niggles here and there, but I haven’t exactly noticed.

It’s a car that seems to have had one owner for most of its life, though I can’t confirm this for sure. The fact it appears so stock and so fresh in so many areas gives it the vibe of one of those grandpa-cars that was maintained to the letter. I bought the car from another party who had driven it for just a year, so it’s seen some other drivers since. With 270,000 km on the clock, it’s done a few laps of the Earth too. Regardless, it’s a remarkable specimen for something under $3000 on the local Gumtree classifieds.

For me, it was the car that came along at just the right time. Reaching new milestones of adulthood and having scored myself a flashy new job, I needed a car for grown ups, not one for scraping around supermarket car parks. One that stood as testament to my ability to sniff out a hot deal was even more perfect. 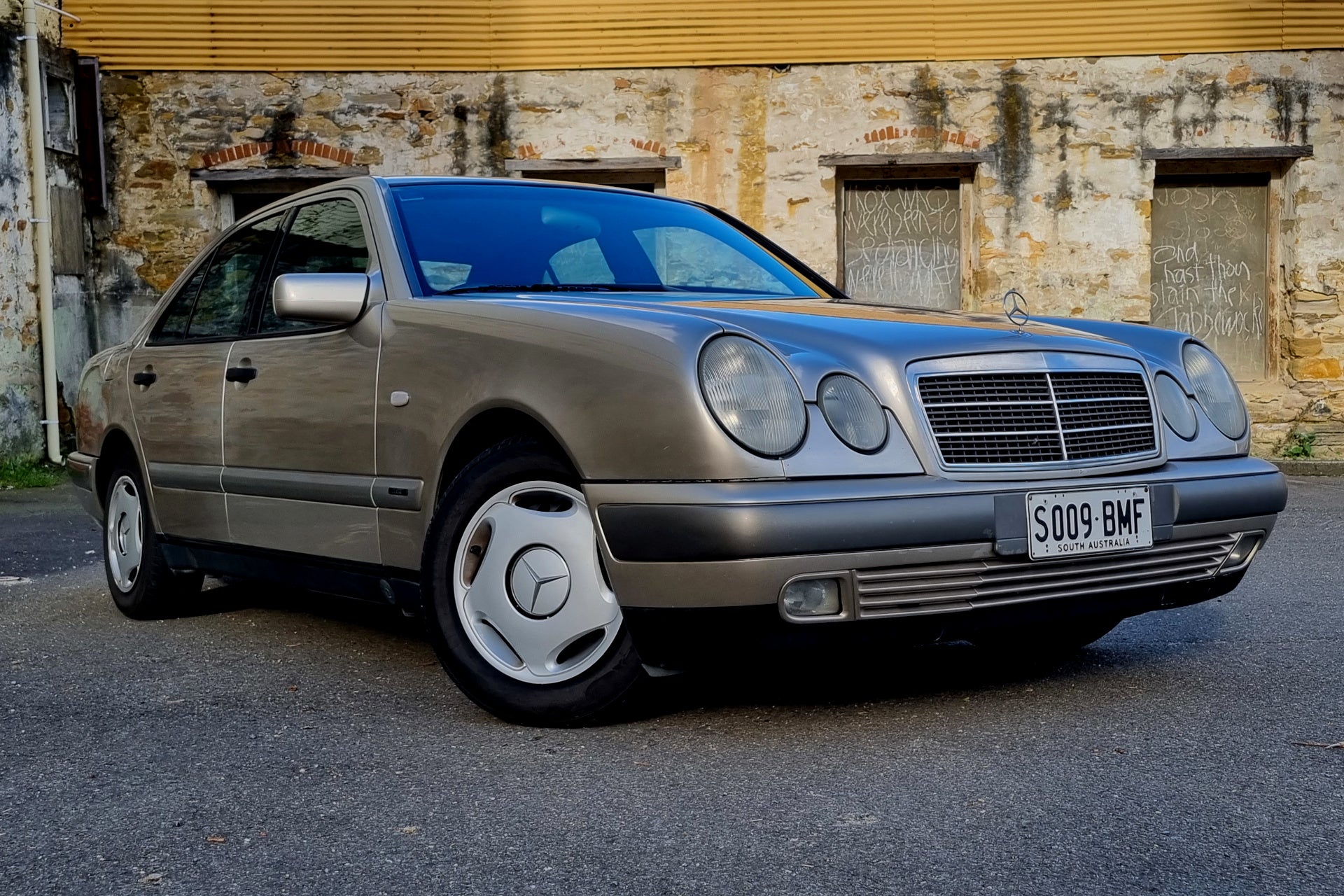 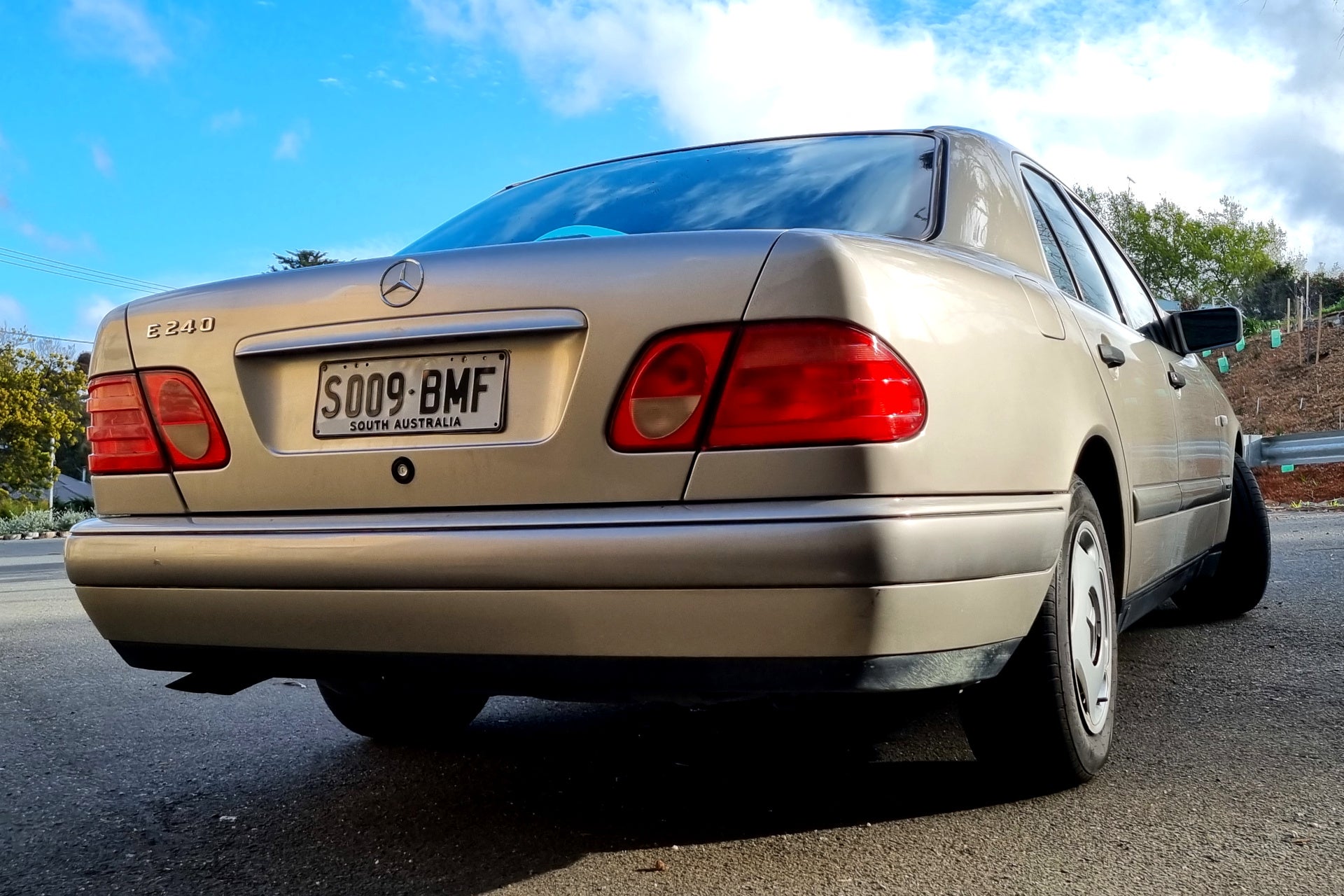 It’s been a dream, and one that bears out the general thrust of my argument—invaluable to a journalist. It’s about wanting for less, and getting more. Sure, second-hand luxury cars with big engines and real performance are out there for bargain prices. But like Icarus, you risk flying too close to the sun and crashing back to Earth. Be humble, and sort yourself a more modest prize, and you might find yourself a gem that everybody else missed.

Then, the dashboard lights up.

More to come! Got a tip? Let the author know: [email protected] 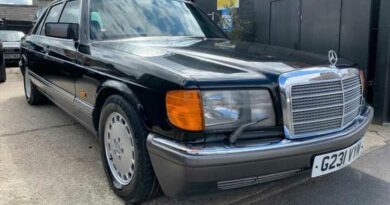