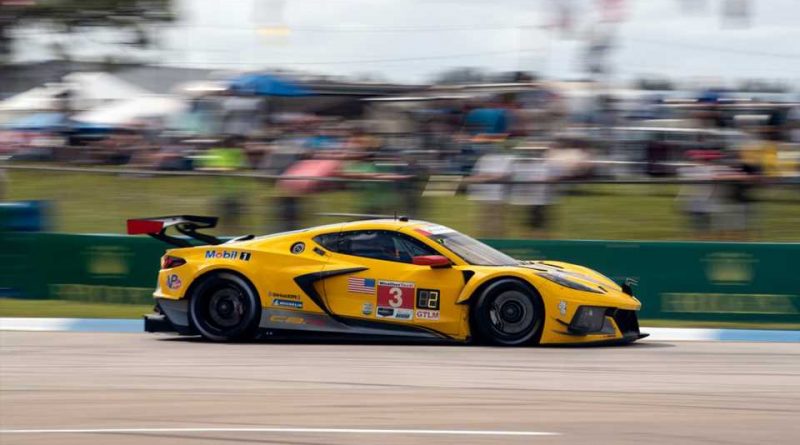 It wasn’t the biggest crowd at Sebring International Raceway, but it wasn’t the smallest, either, despite concerns—though they were hardly palpable out here—about the rebounding coronavirus pandemic. Masks? Some. But not many, except where it was mandated, on pit road. Otherwise, there was the usual Mardi Gras feel.

The WeatherTech SportsCar Championship season, which started in January at the Rolex 24 at Daytona, took a long and convoluted path to this weekend’s Sebring finale, especially since this race—the Mobil 1 12 Hours of Sebring—was originally scheduled for March. It was an exciting event, with multiple upsets both in the race and the final standings, and it served to salute multiple teams that won’t be back next year.

The factory Porsche two-car GT Le Mans team, long a staple of the IMSA series, won’t be back with their pair of Porsche 911 RSR19s, leaving only the championship-winning Corvette Racing C8.Rs and BMW Team RLL M8 GTEs to make up a four-car class in 2021, the Ford GTs having long since departed. 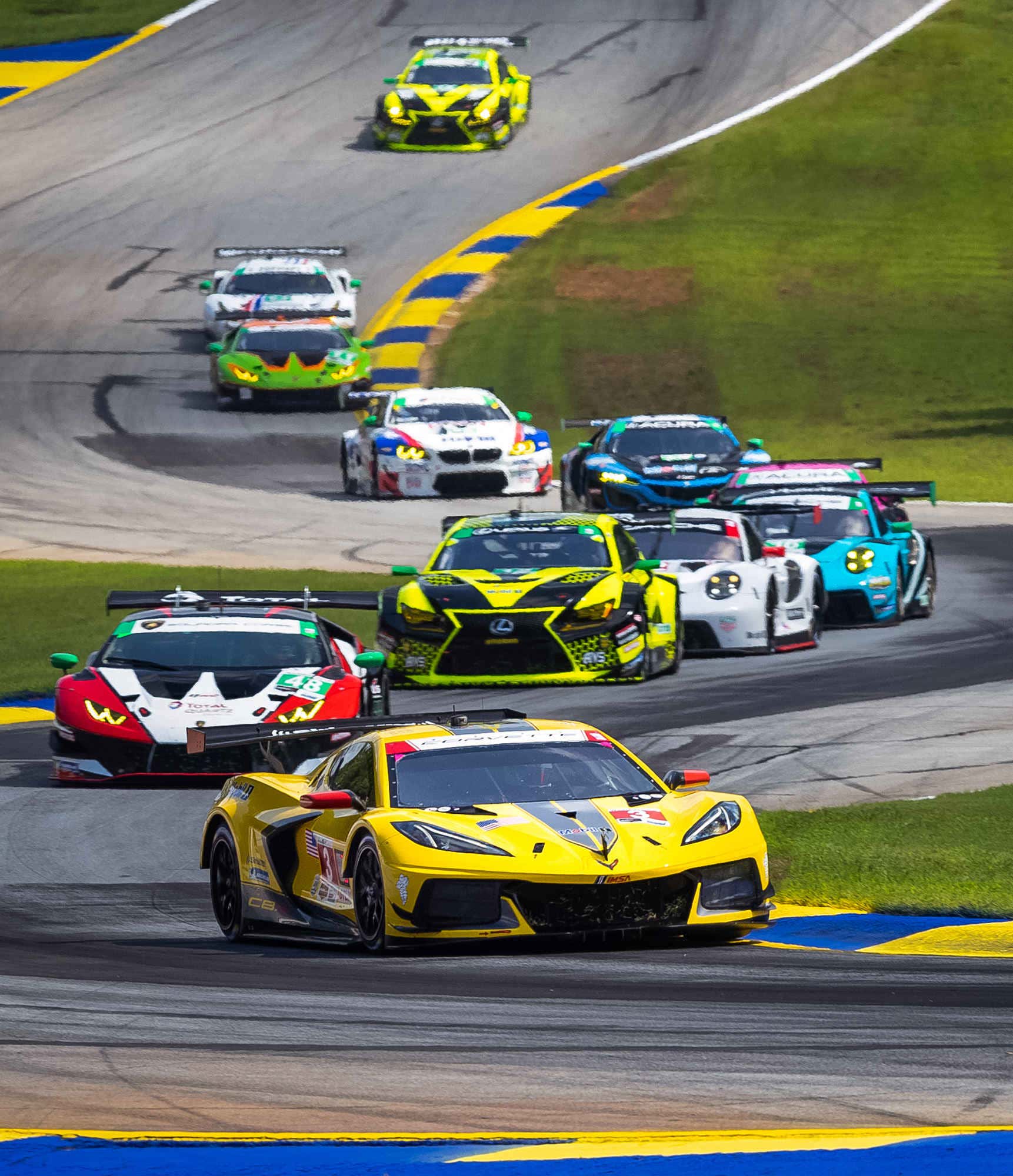 The Porsches went out on top, though, with a lucky two-car sweep of the race, but the number 4 Corvette of Jordan Taylor and the retiring Oliver Gavin had enough points to claim the championship. There was hope that Ferrari or Aston Martin might step up with a GT Le Mans program for 2021, but it isn’t happening.

Also departing: The numbers 6 and 7 Team Penske Acuras, with the all-star driver lineup of Juan Montoya and Dane Cameron in the 6, and Helio Castroneves and Ricky Taylor in the 7. They came into the race well behind the number 10 Konica Minolta Cadillac of Renger van der Zande, who is losing his job, and Ryan Briscoe. But the number 10 had a miserable outing, and the no. 7 gathered enough points to make it a one-point championship victory. 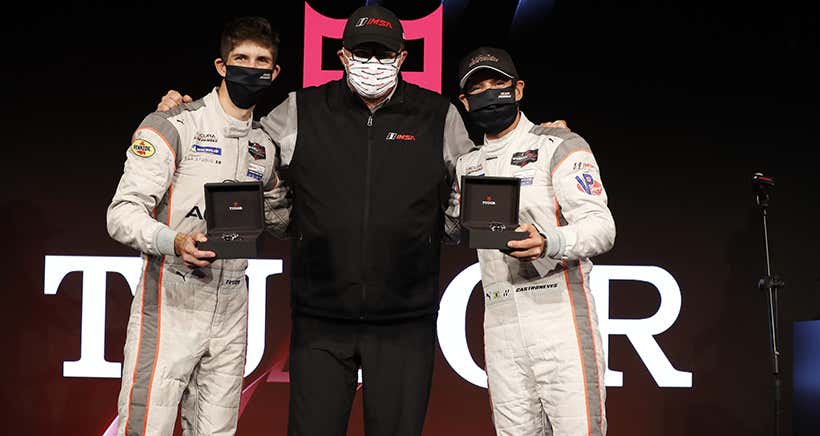 Penske is leaving the series next year, and Acura has divided up its two cars between Wayne Taylor Racing, which fields the number 10 Cadillac, and Meyer Shank Racing, which won the GT Daytona championship with the number 86 Acura NSX GT3 of Matt McMurry and Mario Farnbacher. The GT Daytona race was won by the number 16 Wright Motorsports Porsche 911 GT3R of Patrick Long and Ryan Hardwick. It will be back next year.

But didn’t I just say the Porsches won’t return? They won’t in the factory-backed GT Le Mans class. They—or at least this one—will be back in the privateer-based GT Daytona series.

The Daytona Prototype race win went to the number 55 Mazda DPi of Harry Ticknell and Jonathan Bomarito, with the sister car, the number 77, coming in third. One of those two cars, and several drivers, won’t be back next year. The Penske Acura number 6 was sandwiched between the Mazdas.

And finally, in the lightly-attended LMP2 class, Mathiasen Motorsports’ Oreca LMP2 07 of Patrick Kelly and Simon Trummer won both the championship and the race.

Next up for the IMSA WeatherTech series: Practice on the weekend of January 23, 2021, and the Rolex 24 at Daytona the next weekend. What pandemic? Tickets are already on sale.

Airplane Passenger With Horrific, Pus-Oozing Leg Wound Is What Travel Nightmares Are Made Of 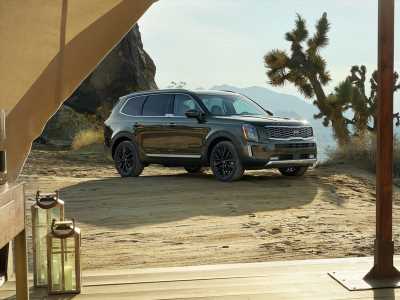 Kia Telluride: THE SOFTER SIDE OF RUGGED 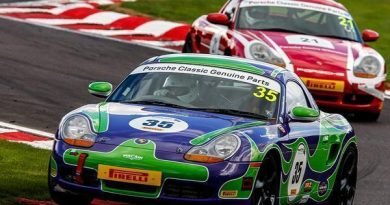 Thread of the Day | Help us make a guide to racing 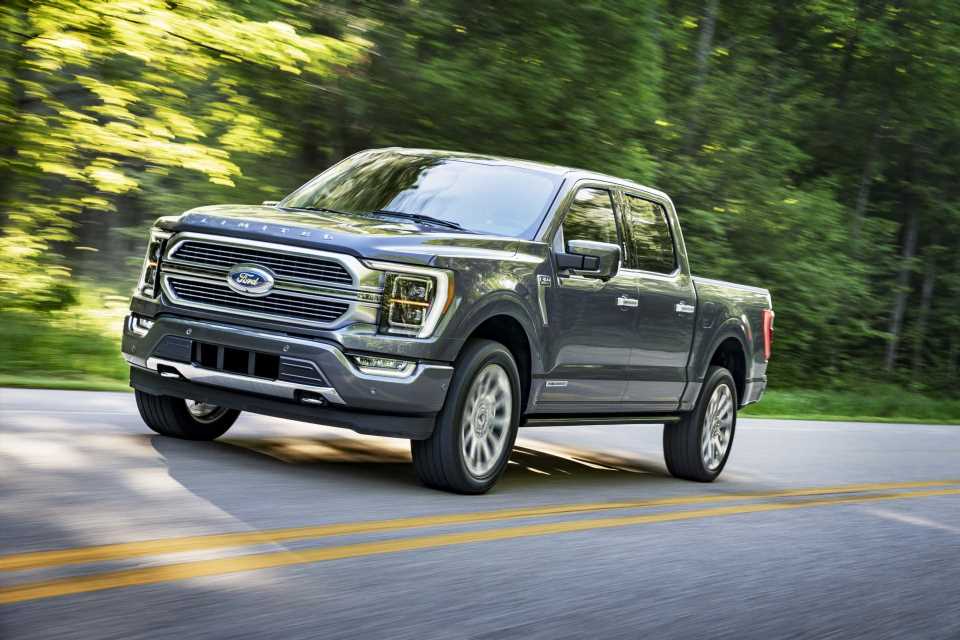 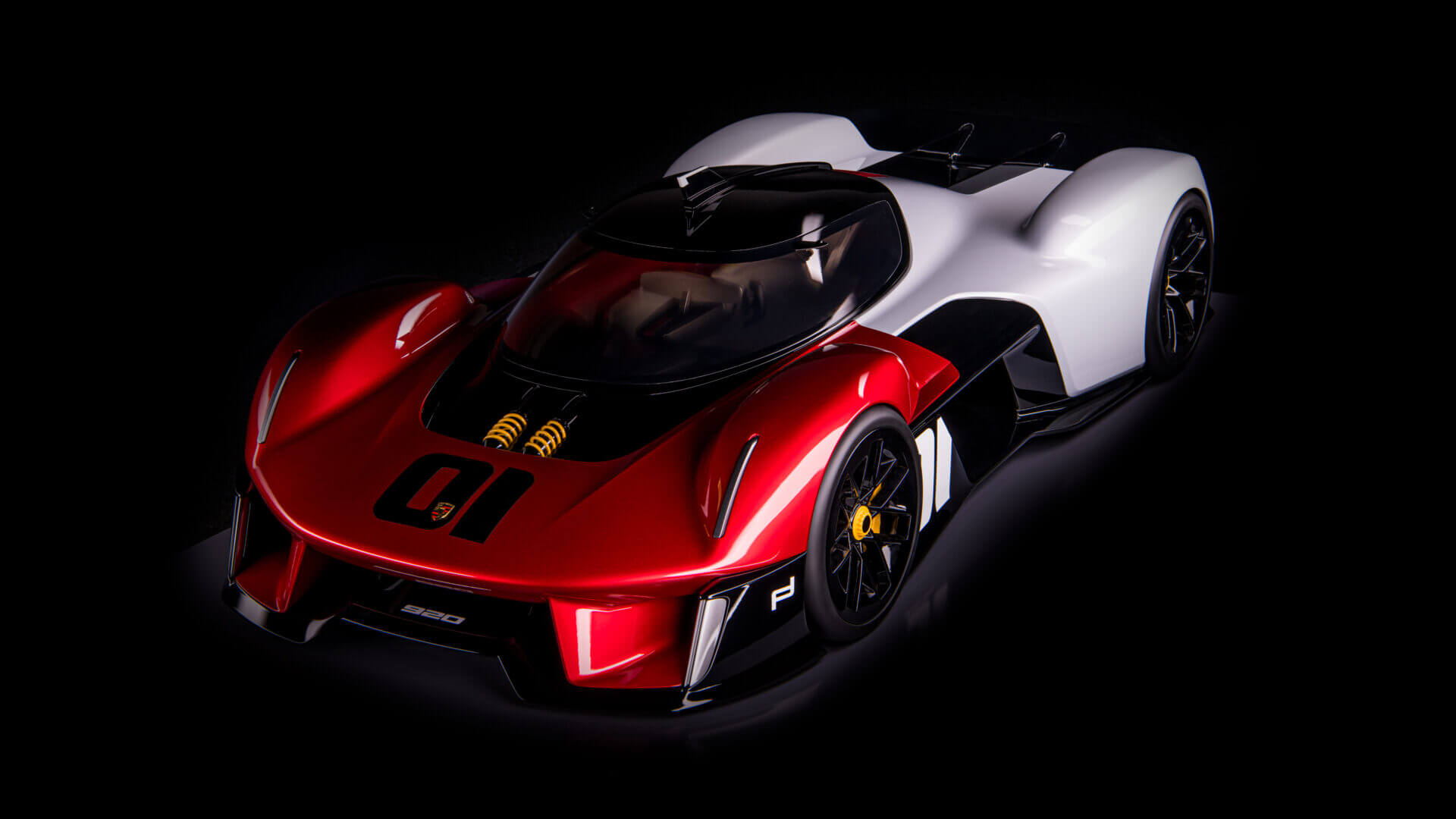 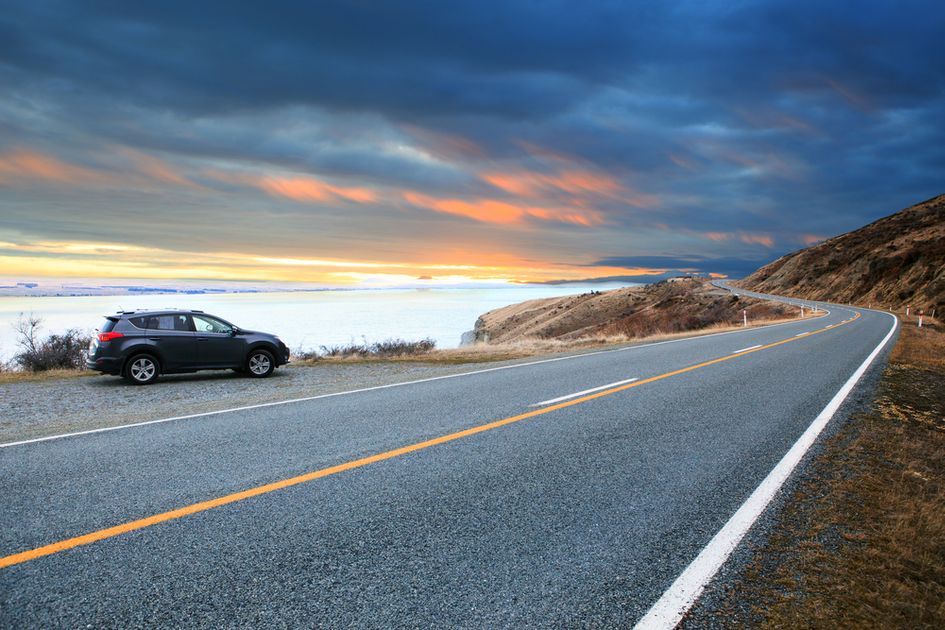 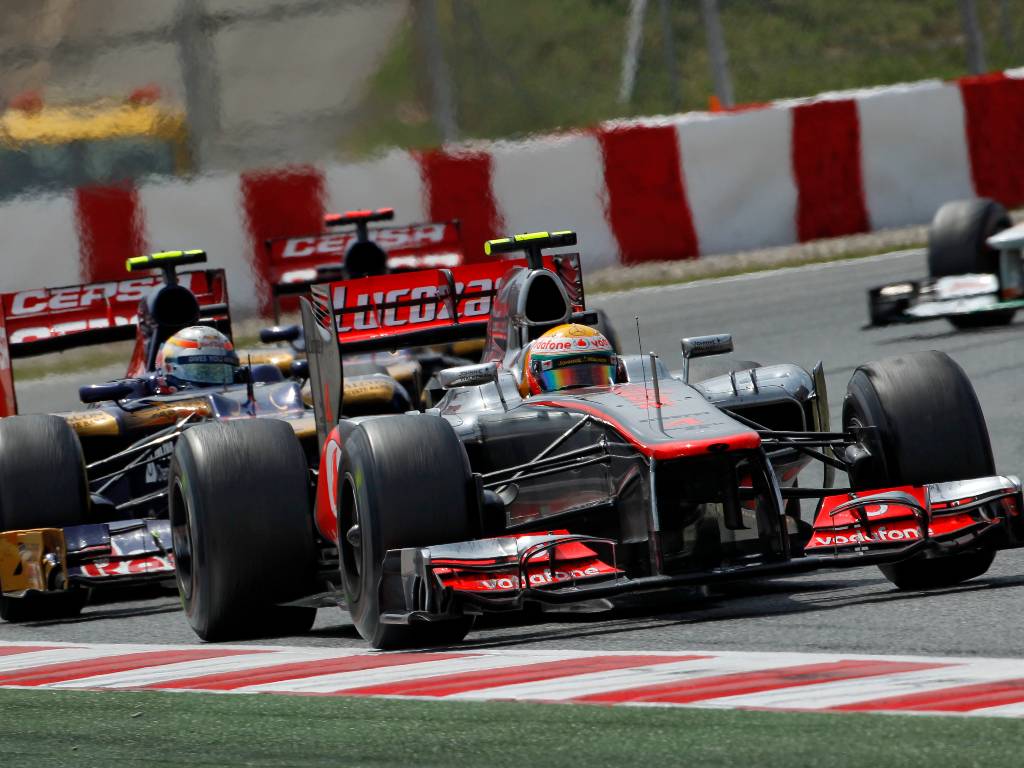 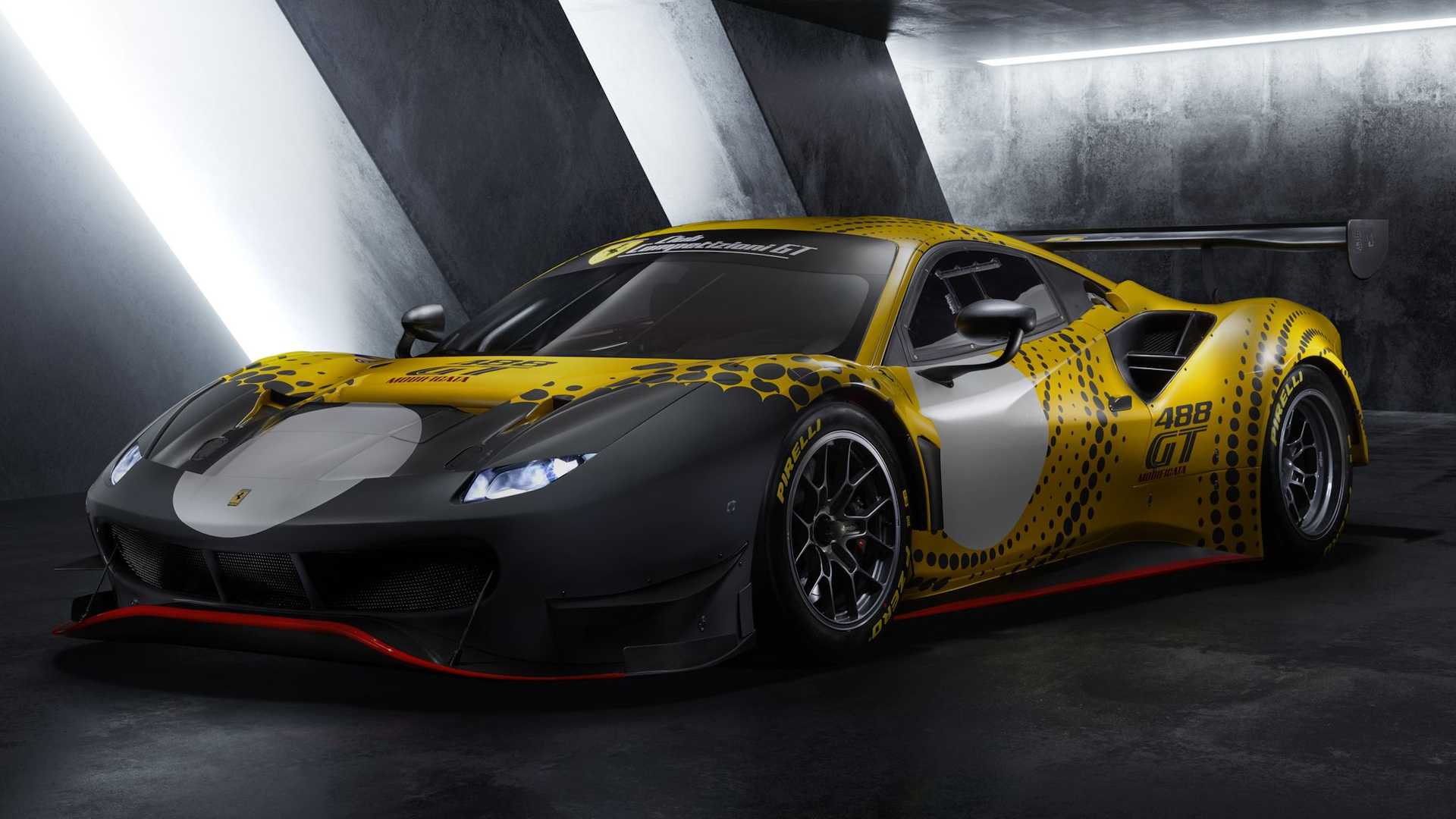 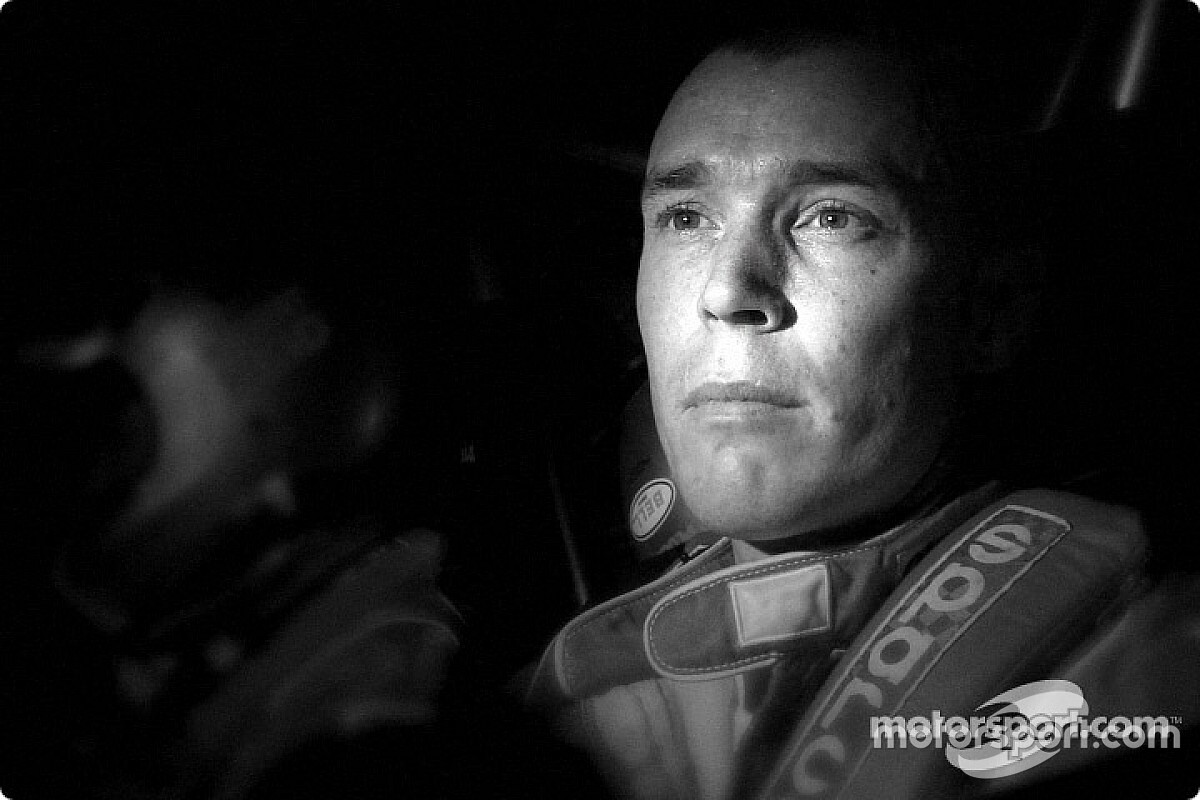 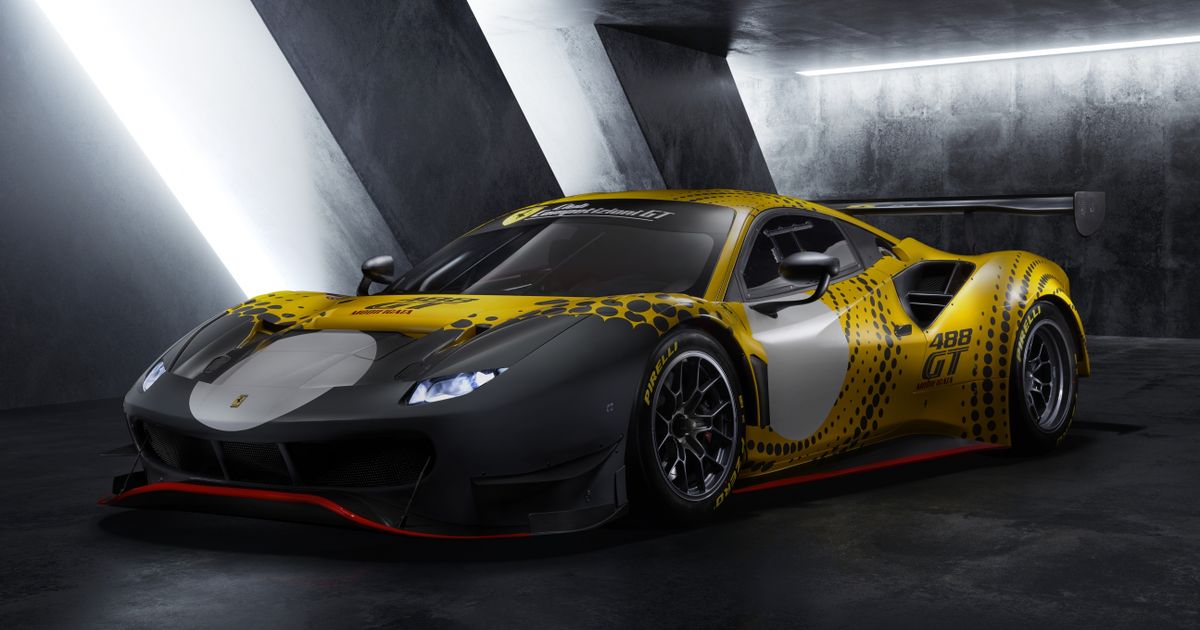 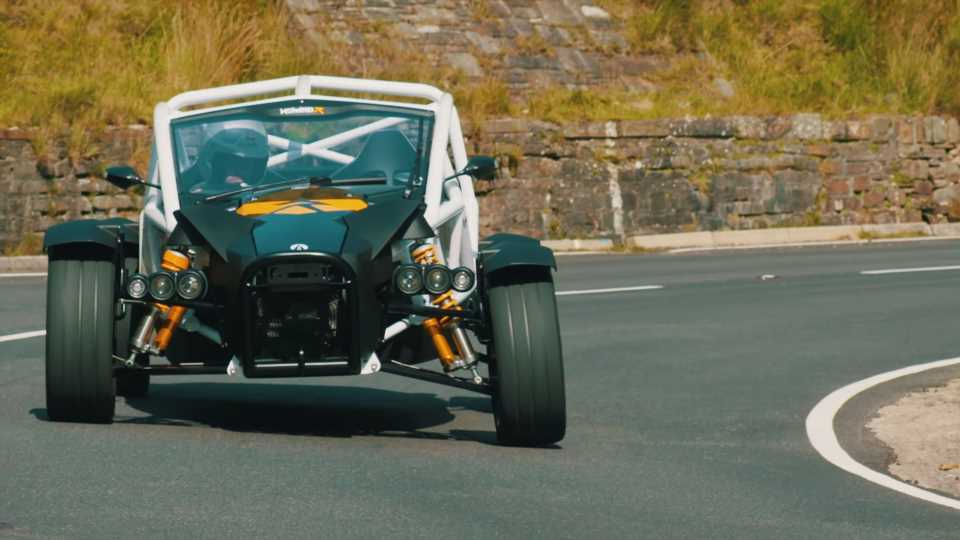 The Nomad R Is Ariel’s Most Intense Creation 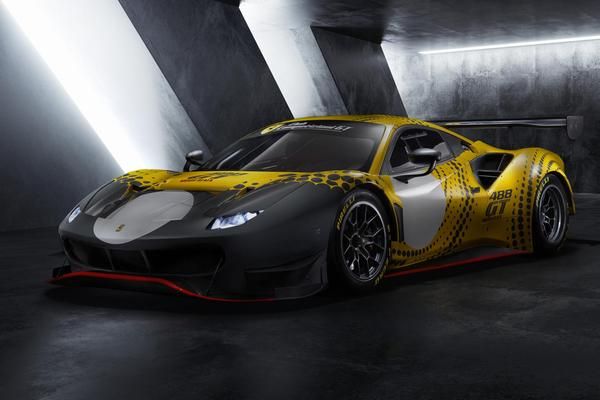 700hp 488 GT Modificata slots between GT3 and GTE
We and our partners use cookies on this site to improve our service, perform analytics, personalize advertising, measure advertising performance, and remember website preferences.Ok