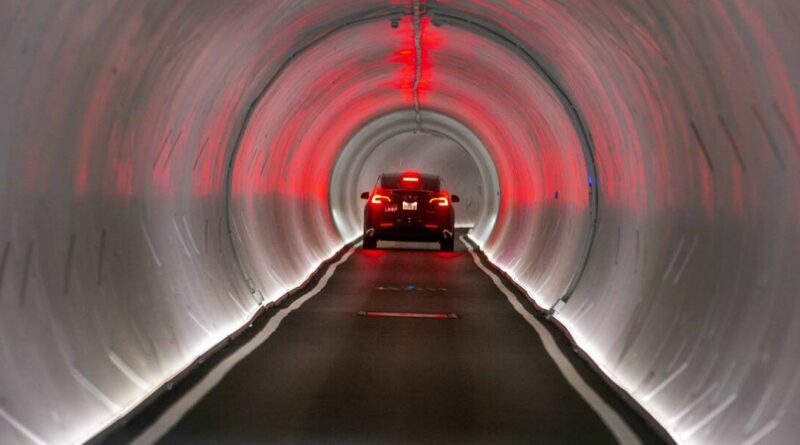 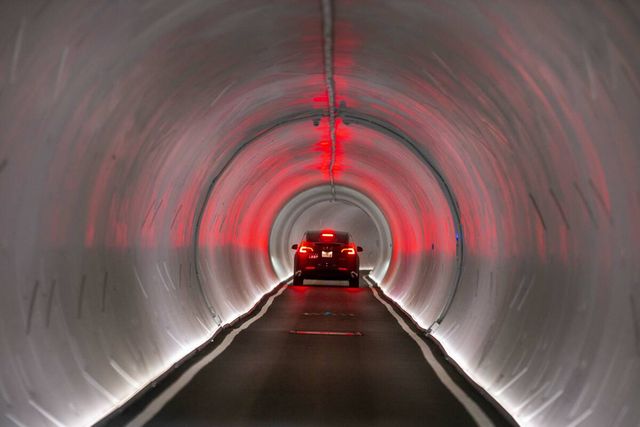 I was a bit skeptical beforehand. I had just assumed there would be long lines and too few cars and that it would be faster and easier to just walk from the all-new West Hall of the Las Vegas Convention Center to the far-distant South Hall, a distance of o.8 mile.

So as I rode an escalator down into the underground tunnels beneath the LVCC, I was a bit surprised to find there was only about a minute’s waiting. I just walked up to a Tesla Model X, said hello to the human driver, and right after the door closed itself, we were off. Two other SEMA attendees had climbed under the Falcon Wing doors and into the Model X’s middle seats. 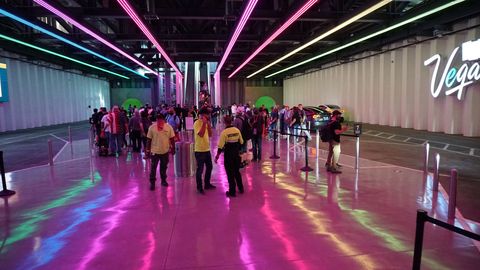 The tunnel we entered had a flat asphalt surface with no curbs. The driver steered through the slightly winding tunnel, which was lit up with colorful blue, green, and red lights. Top speed was limited to 40 mph.

“I hit 41 earlier and got nicked,” my driver said.

Later, on another ride, we hit 42 mph. I took a few rides during my time at SEMA. They were all serene, certainly less terrifying than a ride I had taken a few years ago in The Boring Company’s Hawthorne project tunnel. In that scarefest the Model X was driven autonomously, with spring-loaded side wheels at the car’s corners bumping off curbs in the tunnel at exponentially higher rates. Finally, at about 45 mph, an engineer in the driver’s seat had to grab the wheel to keep us from obliteration. (I must say I prefer the new approach I experienced in Vegas.)

In Las Vegas, there were two tunnels, one tunnel hosting Tesla electric cars in one direction and the other tunnel funneling traffic in the opposite direction. There were three stops in the Las Vegas system, one in the middle and a stop at either end. If you entered at the middle station facing one way and wanted to go the other way, there was an easy and simple turnaround the driver would take and then whisk you to your destination.

In previous SEMA and CES shows, there had been cheerful retirees stationed around the Convention Center in electric golf carts up on the surface. They also drove guests around the LVCC. They got you nearer to where you wanted to go without walking. But the tunnels are faster and more efficient. You could go farther and in less time and there was never anything getting in your way. 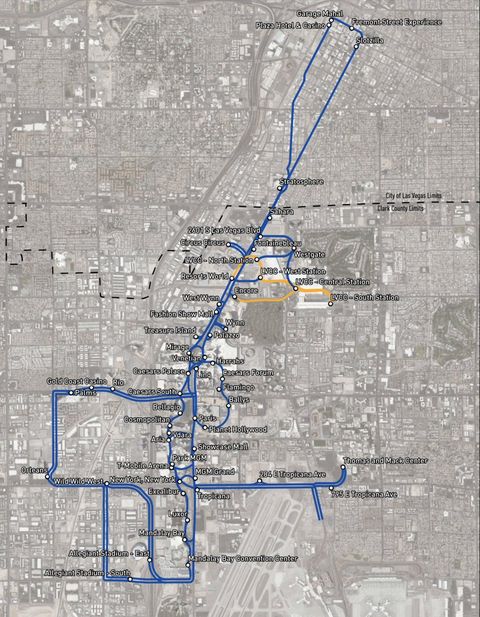 Plans released Oct. 20 by The Boring Company say the Vegas Loop will eventually be 29 miles long with 51 stations and a capacity of 57,000 passengers per hour. It will also be financed without any taxpayer money, being funded instead by The Boring Company for the tunnel portions and by the individual resorts for the stations.

Is this the future of transportation? It will fill a specific need in dense urban areas like Las Vegas. Whether it can expand beyond that to areas with longer distances to cover—like Los Angeles, for instance—is another question. No reason it couldn’t, in theory. Las Vegas’ Clark County Commissioners-approved their “Vegas Loop System” of tunnels to connect hotels, the convention center and even the airport, some day. With those 51 stations planned on that Loop, it, too will be as efficient as you want it to be.

“You don’t have to stop at every station along the way,” assured Steve Hill, president and CEO of the Las Vegas Convention and Visitors Authority. “You can get in the car here and you can go straight to where you want to go without stopping. There aren’t traffic lights, there aren’t stop signs, there are not stations you have to stop at along the way. So it makes the trip really convenient and really quick and will allow our guests and our visitors to experience everything Vegas has in a really fun and efficient way.”

Wouldn’t a subway do the same thing in a more efficient way? Here’s how I would answer that after my quick handful of rides: By just getting into a car and going wherever I wanted, this was more convenient and faster than a subway, where you have to wait for a train. It was like riding in a taxi but with no traffic or stop lights to slow me down. With enough Model Xs in enough tunnels, there’d be no waiting. For relatively short distances like those in Las Vegas, it works. And being way underground means you don’t need massive air conditioning in the summer, right?

Surely there will be hurdles to overcome, but they’re not insurmountable, are they? Leave your insights below in the comments. 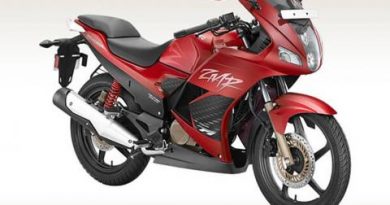 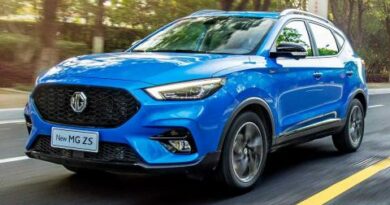 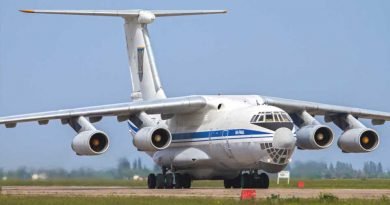 Ukrainian Il-76 Airlifter That Was Tracked Across U.S. Delivered Radar Asset To Utah Air Base