Home » News & Features » How the NHRA Countdown to the Championship Works 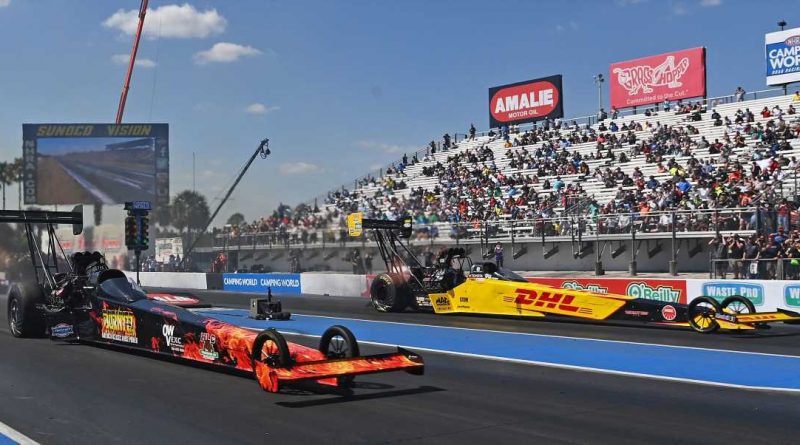 The NHRA established the Countdown to the Championship in 2007 in an effort to increase fan and media interest, although it has offered no data to prove that was the result.

No statistics have been published to prove that the Finals attracted fewer fans when Tony Schumacher ran away with the Top Fuel crown in 2005 by 415 points over Larry Dixon or when John Force left closest challenger Tony Pedregon in the dust in 1996, with 636 more points. Greg Anderson had a whopping 742-point advantage over his Pro Stock teammate Jason Line in 2004, but drag racing fans didn’t seem to mind showing up for the last race of the season or watching on TV.

The Countdown format has provided for an 18-race so-called “regular season” that in a normal season ends Labor Day with the classic U.S. Nationals at Indianapolis.

After that 18-race mark, the top 10 racers in the standings in each of the four professional categories—Top Fuel, Funny Car, Pro Stock, and Pro Stock Motorcycle—qualify for the Countdown to the Championship. That gives those top 10 drivers in each class six more “playoff” races to vie for the championship.

• The top 10 drivers in tte regular-season points standings are the only drivers eligible for title consideration.

• Points are reset among the top 10, with the leader enjoying a 20-point cushion ahead of the No. 2-seeded racer.

• Unlike playoffs in other sports, non-qualifiers are not eliminated. The NHRA welcomes them to participate in the final six races so the 16-driver fields can be filled, optimizing the show for the fans.

• What’s in it for the Countdown non-qualifiers is threefold. Those drivers can be spoilers, scrambling the points a bit. The can still claim top event prize money. And they can use the extra track time to go into test mode for the next season.

In its first year, 2007, the system was referred to the Countdown to 1. It began with just eight qualified drivers after the first 17 races.

The cutoff was the Aug. 19 conclusion of the Toyo Tires Nationals at Maple Grove Raceway at Reading, Pa. And it did start with drama. Top Fuel’s Doug Herbert, who had found himself as far back as 16th place in the standings, entered the race 53 points behind No. 8 Dave Grubnic. Herbert needed to win the race and see Grubnic lose by Round 2. Morgan Lucas defeated Grubnic in Round 2, but Herbert still needed to win the event.

Stubborn rains pushed that final back from Sunday to the following Wednesday, turning up the pressure on Grubnic. And Herbert eliminated Grubnic from title contention, beating Rod Fuller in the final round to claim not only a berth in the Countdown but his first victory in three years.

Then the NHRA pared the title contenders to just four with its “Countdown to Four” that started at the U.S. Nationals. That consisted of four races, ending with the event at Virginia Motorsports Park, near Richmond. Points were readjusted once more as the Countdown to One consisted of the final two races, at Las Vegas and Pomona, Calif.

The format changed the following year to allow 10 racers to qualify in each pro class and let them compete for six races without adjusted point intervals.

During some of the Countdown years, racers were awarded points and a half at the U.S. Nationals and at the Finals in another effort to add drama to the finale.

NOT EVERYONE LIKES IT

Not every racer or fan has been thrilled about the points reset after the regular season.

“You throw all the hard work away that you’ve done to get here, and you reward a guy who was 500 points out of winning the championship and really no threat, and now that guy’s in the middle of everything,” Torrence said in 2017. “I don’t think it’s indicative of a true champion and who really had the better car all year, just who had the better car for the last six races. You have to work for 18 races to be the top seed. Then you throw all that work away.

“We’ve got to race and do what we can and try to win every lap you possibly can. I’m not a fan of this Countdown. But hell, if you beat everybody every time, you win, no matter what.”

He did just that in 2018, becoming the only racer in NHRA Countdown to the Championship history to sweep all six playoff races. 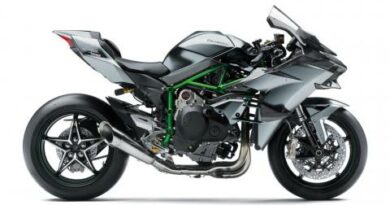 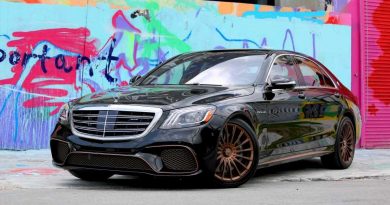 Driving from Bangalore to Ladakh & back in our BMW X3: 30-day road trip