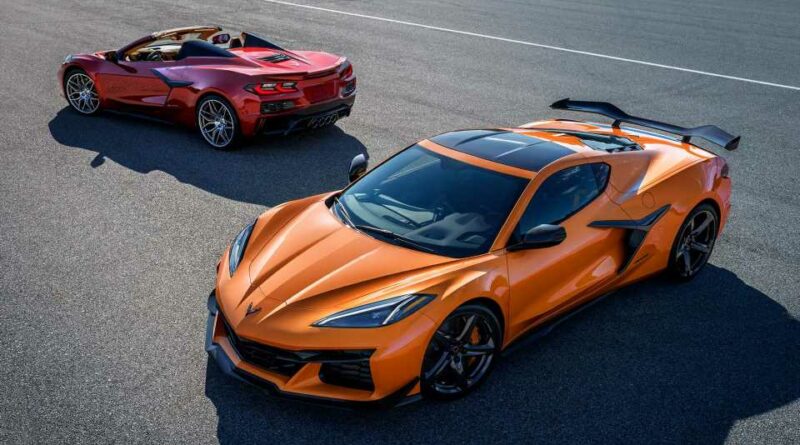 In the nearly 60 years since its debut on the C2 Chevrolet Corvette, the Z06 has slowly matured from a track-prep package to a full-on supercar. In honor of the newly revealed 2023 Chevy Corvette Z06, let’s have a look back at the cars that paved the way for GM’s finest to go toe-to-toe with the best the rest of the world has to offer.

The Z06 debuted in 1963 on the first-year C2, more or less as a factory-prepped racing special. It had a stiffer front roll bar, springs, and shocks, and more track-appropriate brakes with a vacuum booster, dual master cylinder, and upgraded brake shoes inside cooled front drums. Because of its enlarged 36.5-gallon gas tank, it became known as the “Big Tank,” which in the Z06’s case fed a rare fuel-injected 327-cubic-inch V8 producing 360 horsepower. 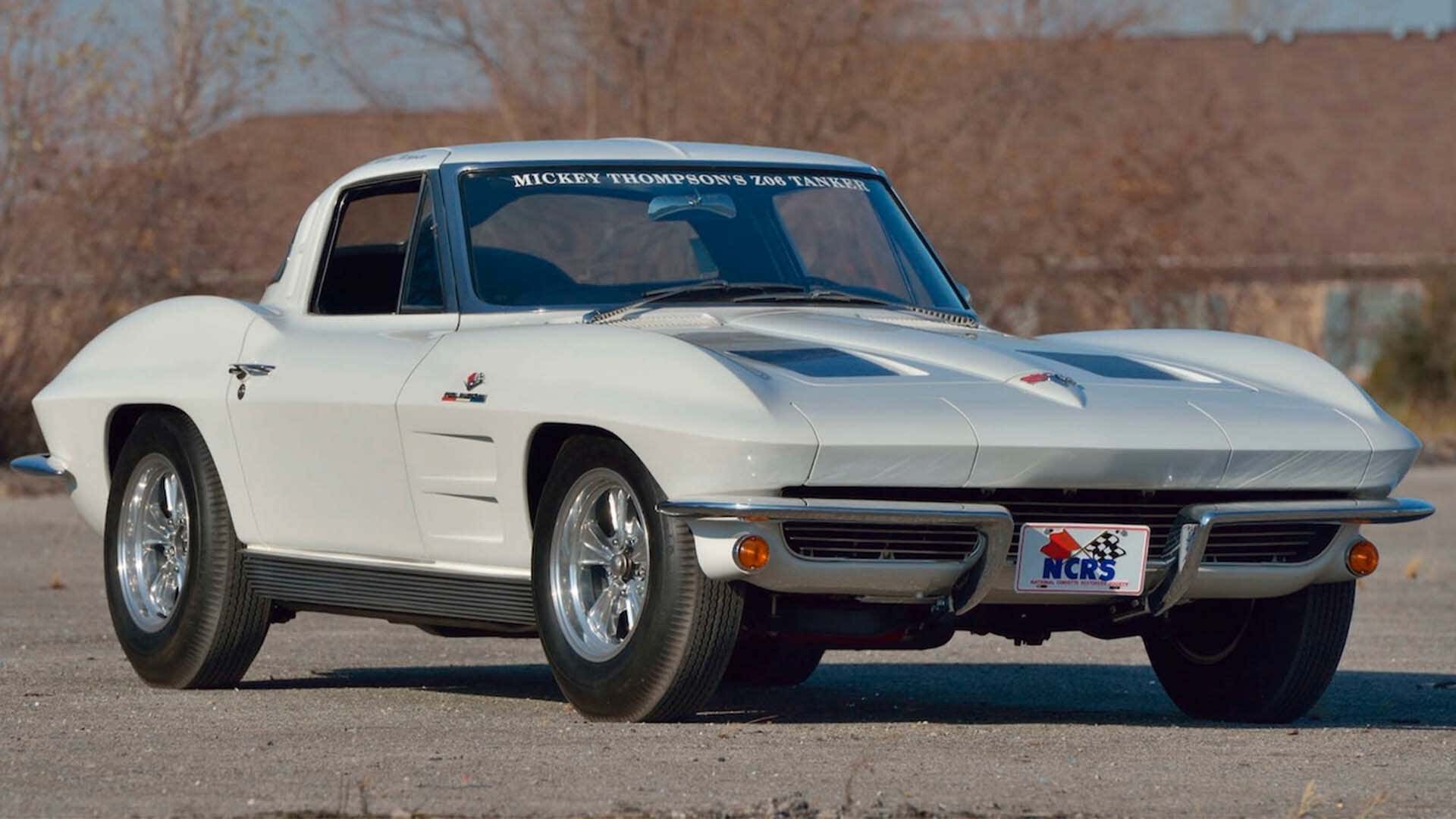 The Z06 didn’t reappear until the C5 when it awoke from its dormancy with a 5.7-liter V8 that in later years produced 405 horsepower. These traveled through a re-geared six-speed manual to larger wheels and tires, which enclosed ducted brakes and hid suspension hoisting a chassis weighing 38 pounds less.

The C6 would carry forward the theme of more power and a sturdier chassis, with a huge 7.0-liter, dry-sump V8 producing 505 horsepower and 470 pound-feet of torque, again laid down through bigger wheels and tires. It shed 136 pounds with an aluminum chassis (as opposed to the standard steel), and more with generous use of composites and magnesium, sharpening handling in coordination with stiffer sway bars, springs, and shocks. Widened fenders, a splitter, spoiler, and brake ducts directed air where it ought to go, such as over the six- and four-piston front and rear brakes respectively. 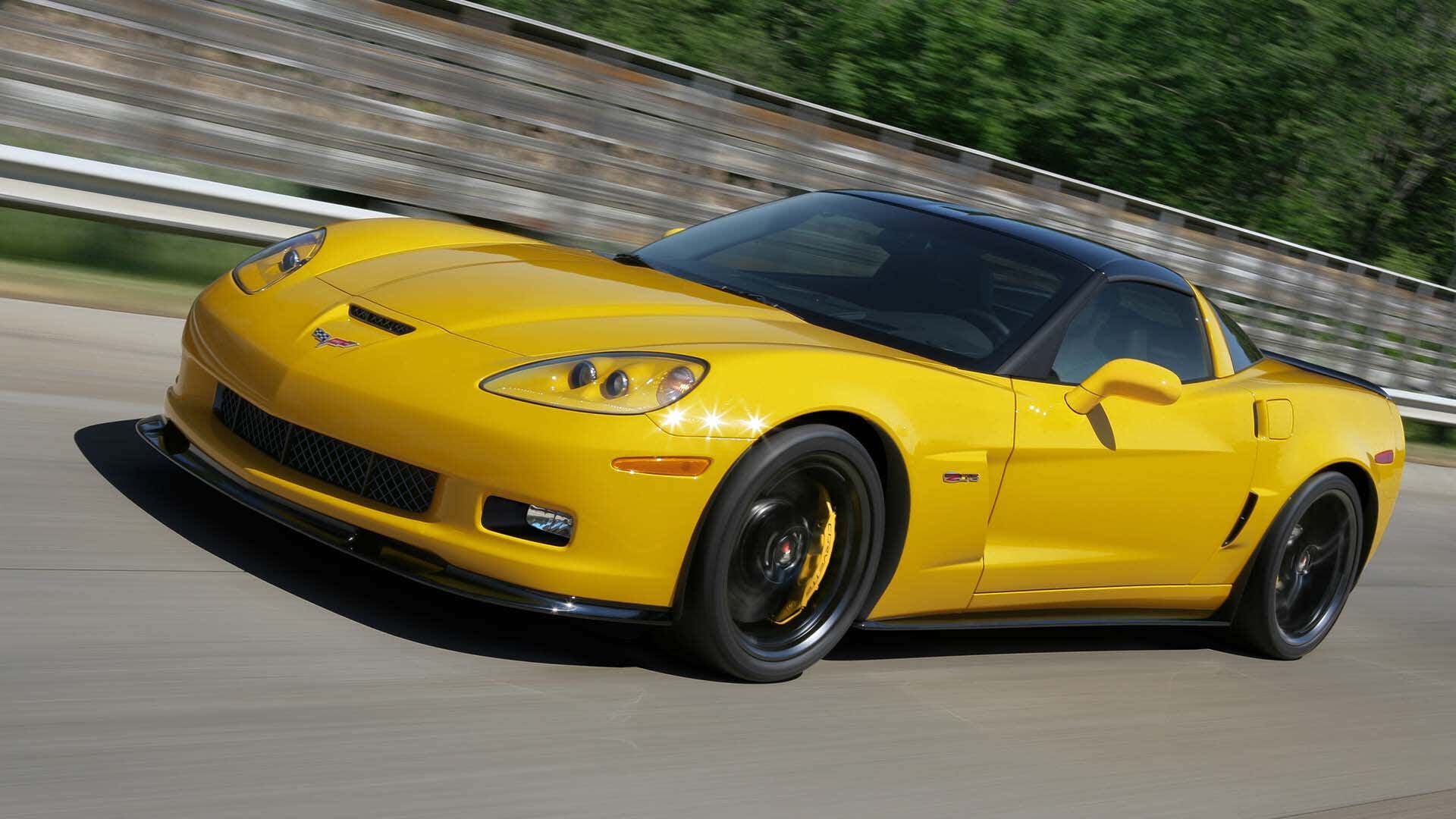 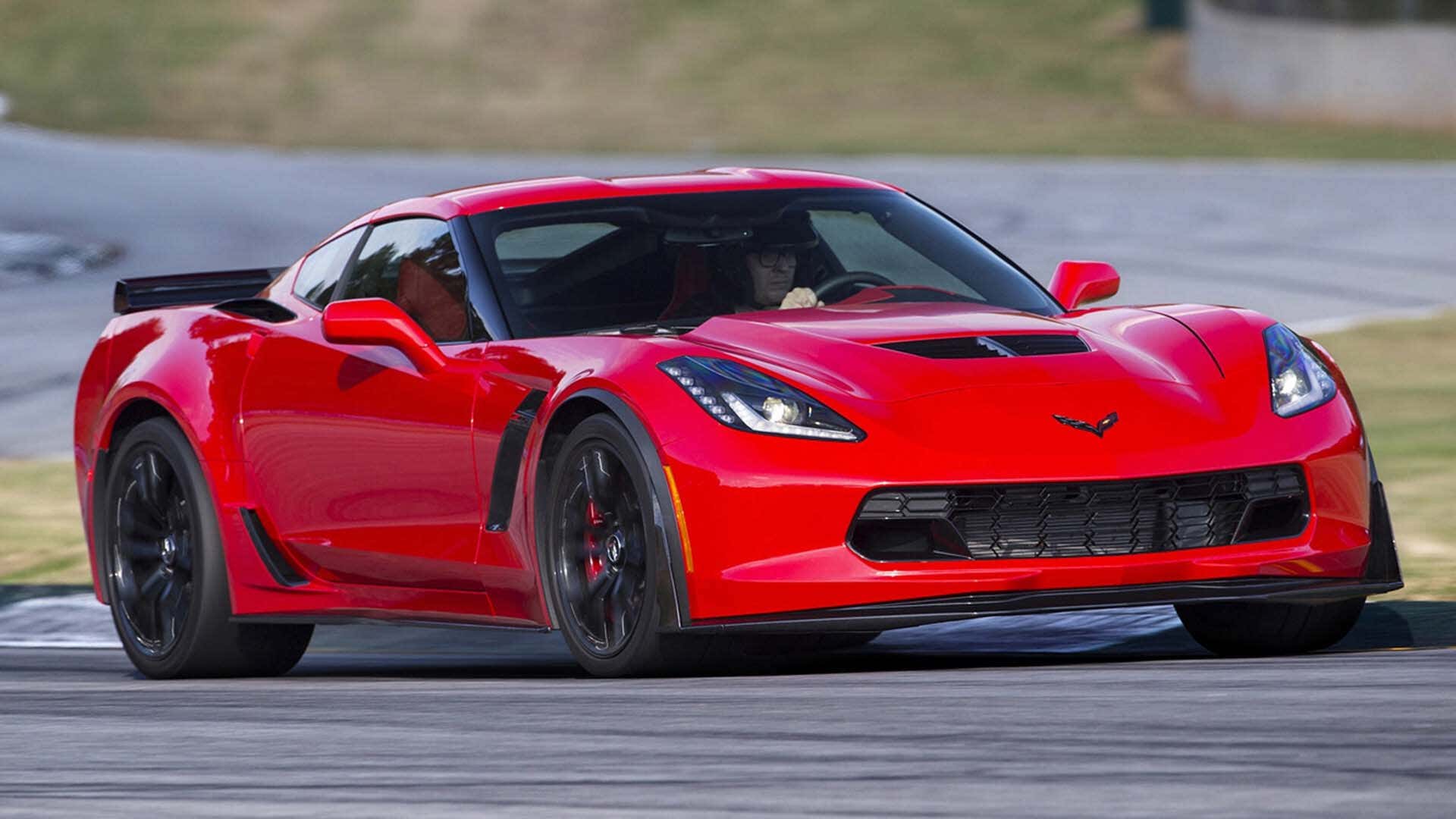 This formula only evolved further on the C7, which was powered by a supercharged 6.2-liter V8 with 650 horsepower, 650 pound-feet of torque, and infamously, some cooling problems. Otherwise, though, it was a who’s-who of the best performance parts out there, with Brembo brakes, GM’s magnificent magnetic shocks, and an electronic limited-slip differential. Its seats were formed from magnesium, and its aero was functional, some of it being carbon fiber. Peak performance, though, was reserved for the available Z07 pack, which added carbon-ceramic brakes, stiffened suspension, and optionally, more carbon aero.

But even the furious C7 Z07 pales in comparison to the newly mid-engined C8 Z06, which was developed heavily from the C8.R race car. Revving to 8,600 rpm, its 5.5-liter, dry-sump engine is said to be the most powerful naturally aspirated V8 in any production car, producing 670 horsepower and 460 pound-feet of torque. That’s almost 122 horsepower per liter, or within spitting distance of the Ferrari 458 Italia, once the record holder for naturally aspirated engines. 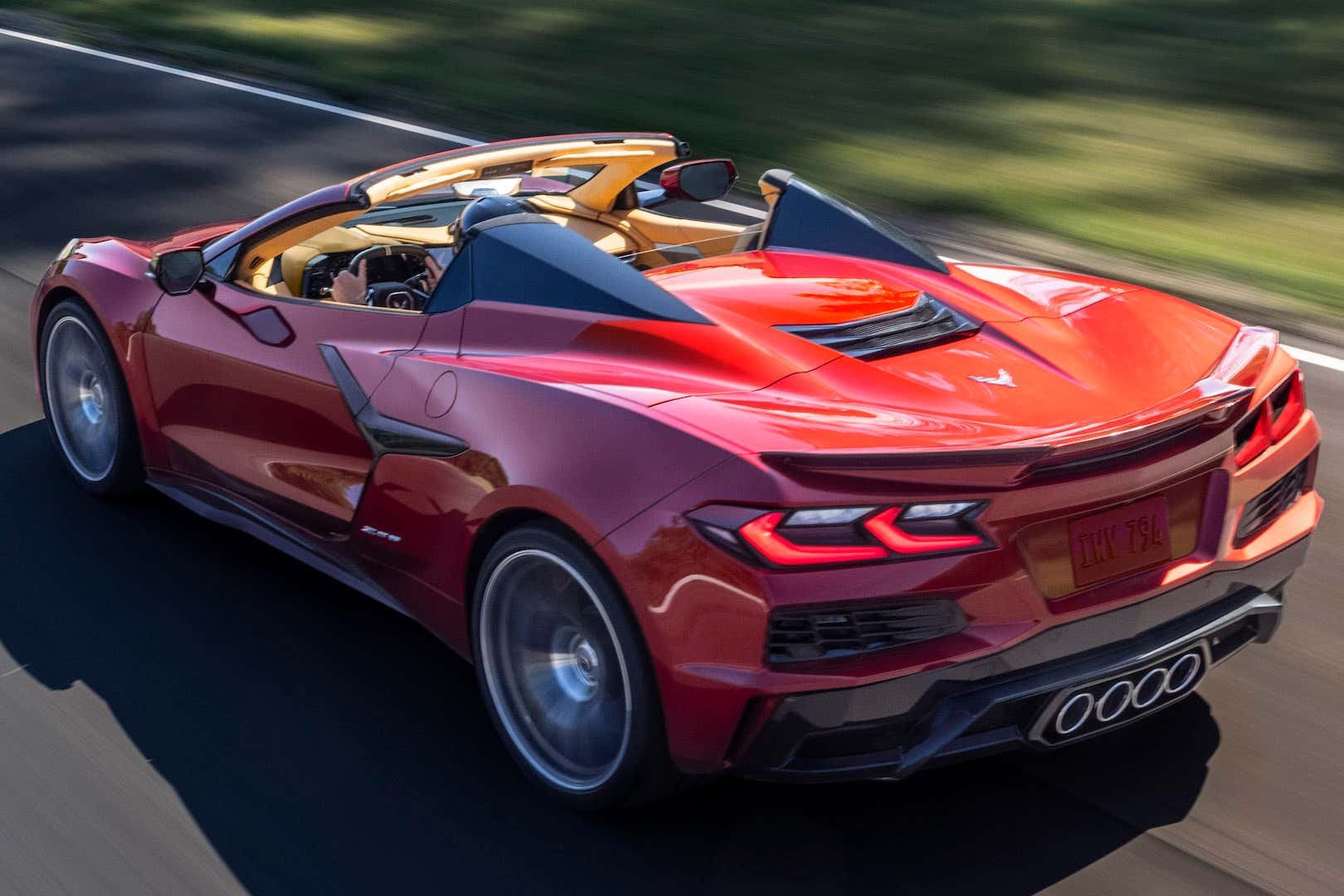 The C8 Z06 lays these down through a shortened final drive ratio—improving acceleration—to 345-section rear tires, which forced Chevy to widen its body 3.6 inches. Its wheels are the biggest of any production Corvette at 20 and 21 inches front and rear, behind which are six-piston front brakes (up from the base four) and of course, magnetic shocks.

Its standard splitter and adjustable spoiler generate 365 pounds of downforce at 186 mph, which can be more than doubled by this Z06’s own Z07 package. The carbon-fiber rear wing and enhanced underbody aero included therein generate 734 pounds of downforce at 186, pushing the C8 into the road through retuned suspension and unique Michelin Cup 2 R ZP tires, which can be wrapped around optional carbon fiber wheels that cut 41 pounds of unsprung weight. They spin, of course, around carbon-ceramic brakes from Brembo.

Fundamentally, the Z06 isn’t what it once was, and it’s all the faster for it, with a flat-plane-crank V8 mounted amidships as opposed to upfront. With all the enhancements to its braking and handling, though, it’s undoubtedly as faithful a Z06 as ever.

Zora Arkus-Duntov, one imagines, would be proud. 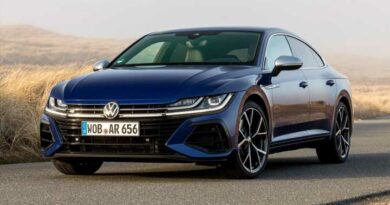 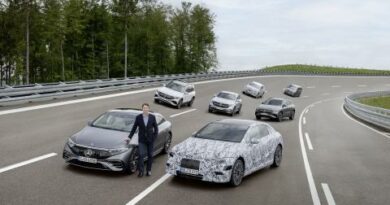 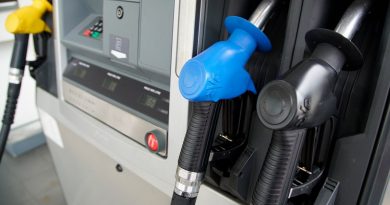