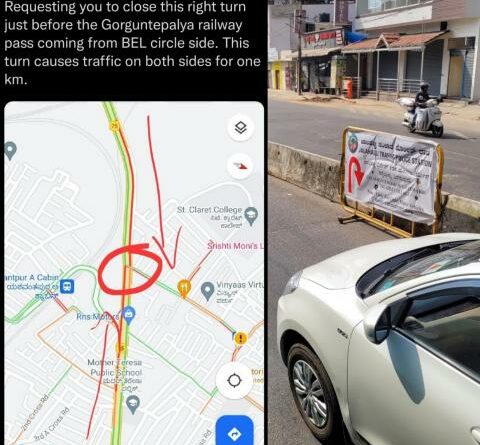 The junction is now permanently closed with cement blocks and traffic is free-flowing both ways.

BHPian FURY_44 recently shared this with other enthusiasts.

A victory of sorts for me and my fellow motorists, by decongesting the infamous Gorguntepalya railway overbridge junction.

I am a frequent user of this overbridge over the last couple of months to reach the outer ring road towards Kengeri. I was quite puzzled why there was traffic piled up all the way to BEL circle at any time of the day. At first, I ignored it might be due to the heavy vehicles struggling to climb the scientifically planned and constructed overbridge. With its generous 1-and-a-half lane, traffic formation is in one single line behind a truck/bus, just like the pictures we saw about how the citizens of Mizoram follow traffic and lane discipline.

On my humble Dio, I filtered through all this heavy traffic week in and week out, a paltry 4.6kms from my home to G Palya Jn used to consume 20-40 mins of my time. I even took the loop road from BEL circle, towards HMT, and reach G Palya Jn via Peenya Metro Stn, but that could not be a permanent solution for me, I was losing more time.

With the traffic thinning out in December, I found the culprit who was creating this long line of traffic. The small right just before the entrance to the flyover which connects to Jalahalli village and on the left we have the BMTC bus stand at the exact same spot. So we have traffic who wants to go right, traffic who wants to go straight, and our boss BMTC who wants to block both lanes by stopping in the middle of the road. A perfect combination to make our rides/drives a lot harder.

I tweeted the possible solution to Mr. Kuldeep Kumar R Jain DCP Traffic West on the 9th of Dec 22, and he replied back by tagging the Yeshwantpura BTP handle. A week went by and my solution and tweet were not addressed, the junction was still manned by cops, and the usual traffic till BEL circle still existed. I did a follow-up on 22nd of Dec 22 with Mr. Kuldeep saying the traffic woes at the junction still continue. Surprise! on my commute during the Christmas weekend, I could see the right turn temporarily closed with barricades and cops guiding light vehicles to make a U-turn under the railway overbridge to reach Jalahalli village.

Such simple logic and it took BTP a tweet from a motorist, and common sense to decongest the junction. The junction is now permanently closed with cement blocks and traffic is free-flowing both ways.

Here’s my tweet and the present condition of the junction 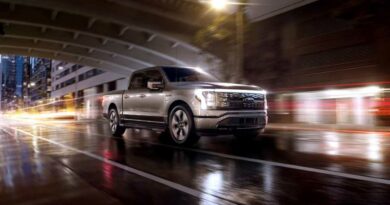 The Ford F-150 Lightning's Range Could Be a Lot Better Than We Think: Report 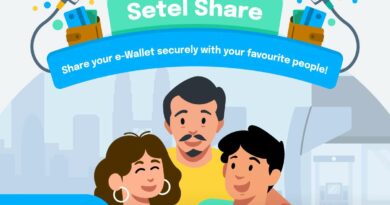 Setel Share launched in Malaysia – share your e-wallet with your loved ones, earn Mesra points together – paultan.org

A Plant’s Been Growing Through This Rusty GMC Sierra for Months. Its Owner Still Drives It