Home » News & Features » How a regular service of my Triumph Tiger ended up with a 2.5 lakh bill

I gave my motorcycle for servicing in April and got it back after 4 months in August.

BHPian Madan Devaiah recently shared this with other enthusiasts.

I am Madan Devaiah, riding all kinds of bikes since 2013. Owner of a Royal Enfield Classic 350, a Yamaha RX100, a Royal Enfield Himalayan 411 (sold) and now a Triumph Tiger 800 XCX. My dream of owning a capable superbike is fulfilled with my last buy, what an amazing machine this is!

Here is the timeline of events

After 4 months of struggle, I have my bike back. I almost lost a perfectly working Superbike after a service with a financial setback of 1.25 Lakhs (50% of the claimed amount)

My intention here is to warn you about what could also happen to you.

Be careful and vigilant

Here’s what BHPian shankar.balan had to say about the matter:

What a horrible state of affairs. With such terrible aftersales service experiences I wonder is it worth aspiring to and owning these exotic steeds at all in a country like ours? Why is it that the brands seem unable to lay down the law with these dealers and service centres?

Here’s what BHPian Turbanator had to say about the matter:

An important lesson for you and the readers, Do not move un-repaired stuff from the dealership. Had you kept patience, they would not have washed off their hands on the damage of ECU while the bike was with them unless your local mechanic was not competent and is the reason for the ECU going kaput.

Here’s what BHPian iamahunter had to say about the matter:

This is horrible and scary.

Owning a bigger bike is a dream for many, thanks to the easily available loan and tempting videos and posts on Instagram, many take the plunge without conducting deeper research. But most are not aware of the post-purchase experiences.

Thank you for sharing, buddy.

I follow a very basic thing while servicing my vehicles – I come and go on the same bike/car and on the same day.

Here’s what BHPian RiderZone had to say about the matter:

Sounds like an absolute nightmare! What do you think happened here exactly? Between April 19th and 28th while the bike was at the Triumph SVC, do you mean that rats bit the wiring harness, which in turn caused the ECM damage? If you were able to ride the bike to Keerthi on the 19th, I don’t see what other possibility is here. Unless it isn’t rat bites but some other form of damage.

Triumph service used to be one big horror story a while back, but I thought things had become a bit better recently. Apparently, that’s not the case. I’m quite interested in picking up a STriple, but living with a Triumph maybe too much for one’s sanity. 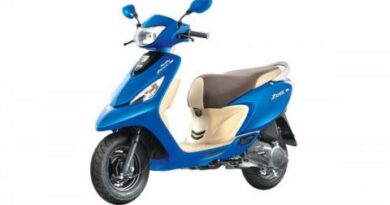 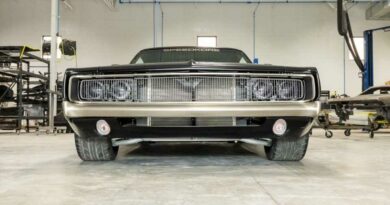 Dom's F9 Charger Builders Reveal What It's Really Like to Drive