Home » News & Features » History behind the Navy Day in India

India celebrates its Navy Day annually on 4th December to mark Operation Trident which was followed up by a similar operation called Operation Python.

BHPian V.Narayan recently shared this with other enthusiasts.

Navy Day 4th December – the history behind the day

Operation Trident was an offensive operation launched by the Indian Navy on Pakistan’s port city of Karachi during the Indo-Pakistani War of 1971. It saw the first use of anti-ship-guided missiles in combat in the region. The operation was conducted on the night of 4th–5th December 1971 and inflicted heavy damage on Pakistani naval vessels and shore-based fuel facilities. While India suffered no losses, Pakistan lost a minesweeper, a destroyer, a cargo vessel carrying ammunition, and some fuel storage tanks in Karachi. Another destroyer was also badly damaged enough to be eventually scrapped. India celebrates its Navy Day annually on 4th December to mark this operation. Operation Trident was followed up by a similar Operation Python three days later.

In 1971 Karachi housed the headquarters of the Pakistan Navy and almost its entire fleet. Since Karachi was also the hub of Pakistan’s maritime trade and the largest industrial city of Pakistan a blockade would be crippling for Pakistan’s economy. The security of Karachi Harbour was predominant and it was heavily defended against any air or naval strikes. The port’s airspace was secured by the strike aircraft based at airfields in the area.

The Indian Navy deemed it unwise to send its World War II vintage cruisers to lay down a naval gun bombardment as they would be too slow and leave the ships vulnerable to a Pakistani air attack. In that era we did not have ship borne surface-to-air-missiles that could have provided some air defense and INS Vikrant, our sole aircraft carrier, had been deployed off the East Coast to blockade East Pakistan. File photo of an Osa class missile boat. The two large canisters on either side house the Styx-guided missiles

The IN decided to think out of the box and use its small coastal 209-tonne Osa class missile boats, which carried 4 Styx anti-ship guided missiles each, to bombard Karachi. These were small coastal vessels designed by the Soviets for harbour defense and Karachi was 600+ nautical miles {1100 odd kms} away which these missile boats were not capable of traversing through the open ocean.

So before hostilities commenced the IN towed the Osa missile boats to Okha, the small naval port at the western tip of Saurashtra from where Karachi was only ~340 km, a range well within the capability of these boats. Also with their top speed in excess of 38 knots {70 kmph} they could just about strike and return between dusk & dawn.

On 4th December, what was now designated as the Karachi Strike Group was formed and consisted of the three boats called the Vidyut-class missile boats by the IN: INS Nipat, INS Nirghat and INS Veer, each armed with four Soviet-made SS-N-2B Styx surface-to-surface missiles with a range of 74 km and ~500 kg warhead, two Petya-class anti-submarine corvettes: INS Kiltan and INS Katchall as anti-submarine and air defence escorts. The group was under the command of Commander Babru Bhan Yadav.

As planned, on 4 December, the strike group reached 460 km south off the coast of Karachi, and maintained its position during the day, outside the surveillance range of the Pakistan Air Force. As Pakistani aircraft did not possess night-bombing capabilities, it was planned that the attack would take place between dusk and dawn. At 10.30 pm the Indian task group moved 330 km from its position towards the south of Karachi. Soon Pakistani targets, identified as warships, were detected to the north of the Indian warships. File photo of PNS Khaibar in better days in British service. She was a 3400-tonne destroyer armed with 6 4.5-inch guns, 10 Bofors 40mm guns, a bank of 5 torpedoes and an anti-submarine mortar. She represented the British state of the art of the early 1950s

INS Nirghat, the first to strike, sailed north at speed and once in range fired its first Styx missile at PNS Khaibar, a Pakistani Battle-class destroyer. Khaibar, assuming it was a missile from Indian aircraft, engaged its anti-aircraft systems. The missile hit the right side of the ship, exploding below the galley in the electrician’s mess deck at 10.45 PM. This led to an explosion in the first boiler room. Subsequently, the ship lost propulsion. Observing that the ship was still afloat, INS Nirghat fired its second missile hitting PNS Khaibar in the second boiler room on the ship’s starboard side rapidly sinking the ship and killing 222 sailors. PNS Khaibar, an ex-British Battle class destroyer was one of the two most powerful warships the Pakistanis possessed at the time. Her loss so early in the war was crippling. PNS Shah Jahan in earlier times in British service. She was a 2500-tonne fast destroyer escort or what today are called frigates.

After verifying two targets in the area northwest of Karachi, at 11.00 PM, INS Nipat fired two Styx missiles – one each at cargo vessel MV Venus Challenger and its escort PNS Shah Jahan, a C-class destroyer. Venus Challenger was carrying American-supplied ammunition for the Pakistani forces from Saigon. It exploded immediately after the missile hit, and eventually sank south of Karachi. The other missile targeted PNS Shah Jahan and damaged the ship very badly. It was eventually towed back to Karachi & scrapped. File photo of an Adjutant class mine sweeper like PNS Muhafiz

At 11.20 PM PNS Muhafiz, an Adjutant-class minesweeper, was targeted by INS Veer. A missile was fired and Muhafiz was struck on the left side, behind the bridge. It sank immediately before it could send a signal to the PNHQ killing 33 sailors.

To confuse the Pakistanis, the crews of these ships, who had all been trained in the USSR, spoke to each other over the radio in Russian! Thus the enemy did not realize the Indian navy was close at hand. Later the Western media claimed that Russians were manning the boats {implying Indians were not clever enough to do so!} little realizing in those days a large proportion of IN officers and Petty Officers were fluent in Russian.

Meanwhile, INS Nipat continued towards Karachi and targeted the Kemari oil storage tanks, placing itself 26 km south of the Karachi harbour. Two missiles were launched; one misfired, but the other hit the oil tanks, which burned and were destroyed completely.

With no casualties on the Indian side, this operation was considered to be one of the most successful in modern naval history up to that time post-World War II. To mark this victory, the Indian Navy annually celebrates Navy Day on 4th December.

File photo of the fleet tanker class of ships to which PNS Dacca belonged.

A follow-up attack, Operation Python, was launched on the night of 8th/9th December 1971. A strike group consisting of one missile boat INS Vinash and two frigates INS Talwar & INS Trishul attacked the group of ships off the coast of Karachi. While India suffered no losses, the Pakistani fleet tanker PNS Dacca was damaged beyond repair, and the Kemari Oil Storage facility was lost. Two other foreign ships stationed in Karachi were also sunk during the attack. Between Operations Trident and Python, and the Indian Air Force attacks on Karachi’s fuel and ammunition depots, more than fifty percent of the total fuel requirement of the Karachi zone was reported to have been destroyed.

Our bold deployment surprised the Soviets pleasantly. Later they told us their satellites had captured a part of the operation! The Styx SS-N-2B surface-to-surface guided missile getting launched. Note the folded wings which are yet to open; note the plume of the booster rocket below; note the main cruise rocket motor on top. The missile was the world’s first successful anti-ship guided missile and was developed through at least 4 successive improved versions. It carried a radar for guidance and to identify and lock on to targets. It could be called the father of all anti-ship missiles in operation today and set the basic principles of coming in low over the sea and being independent in its guidance and targeting. Commander B.B. Yadav {Lieutenant Colonel in the Army} who commanded the Karachi Attack group in Operation Trident. He passed away in 2010 at the ripe age of 81. He rose to the rank of Commodore {Brigadier in the Army} before serving for some years as a Merchant Navy Master. He was awarded the Maha Vir Chakra. The photo above is from the time of his retirement. Line drawing of the Osa class missile boat which spawned a whole family of ships called missile boats or Fast Attack Craft (Missile). It is rare for a class of warship types to be able to identify a single ship or class as the progenitor of a whole type. Osa is one such. HMS Dreadnought the first fast battleship (1906), USS Nautilius the first nuclear-powered submarine (1953) are two which come immediately to my mind. Note the 4-missile carrying canisters on either side. Note the fore and aft radar directed 30mm two anti-aircraft gun mountings. Displacing a little over 200 tonnes these were powered by 3 diesels on three shafts with an output of 12,000 shp in all, driving the boat to a bit over 38 knots. Like all things Soviets, the design was powerful, fast and packed to the gill. The crew of 28 had one shower and one head (toilet) between them. 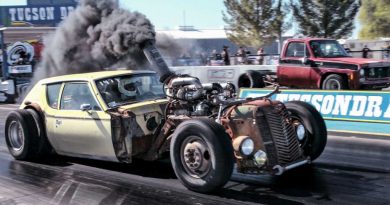 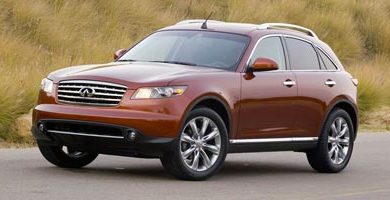 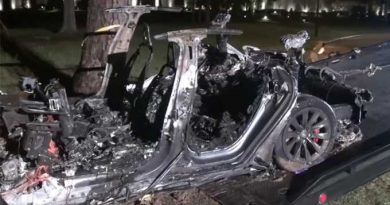