Why does just about every motor vehicle in the world have a four-stroke Otto-cycle internal combustion engine? Surely after more than 100 years of the automobile someone must have thought of something better?

Opposed-piston engines have been around since the late-19th century, so the idea isn’t new. In that time they’ve been placed in heavy-duty conveyances like trains, tanks, ships, and submarines. Their advantage early on was range. An airplane in the 1930s flew 6,000 miles with an opposed-piston engine without refueling. Submarines appreciated range, too. As did trains. You could go farther with the fuel you could carry using an OP engine.

Here’s how an opposed-piston engine works: Two pistons share a common cylinder, each with its own crankshaft and con rod. The pistons move toward one another and (almost) meet at top dead center. As the pistons get closest to each other (or maybe just before) at the top of each stroke, diesel fuel is injected into the cylinder and combustion occurs. Since the engine we’re talking about here is a diesel, no spark plug is required. Then, bang, you get combustion, which pushes the pistons apart. Potential energy has been converted to work.

The two crankshafts, one on each end of the engine, are joined by a set of gears, from which power is sent to the wheels (or the propeller or whatever you’re powering).

The function of the valves is performed by openings in the cylinder walls down near the bottom of the stroke (or up, since each cylinder has two pistons in it). One set of openings lets the exhaust gasses out while the other set of openings, at the other end of the cylinder, lets the intake air in. The exhaust openings are larger and stay open longer to get the combusted air/fuel mixture out. It’s an Atkinson cycle. Each piston fires on each stroke, making this a two-stroke.

The engine has no traditional valves, cams, or camshafts, and no head, so it’s simpler and cheaper to manufacture, assemble and operate. The heat of combustion doesn’t go to a cylinder head, it goes to the opposing piston, which is, again, more efficient.

I learned all of this during a webinar put on by Calstart, a consortium of 280 companies aiming to make cleaner air through more efficient transportation. The webinar covered medium- and heavy-duty trucks, and Calstart was encouraging companies to consider the opposed-piston engine for their trucks.

The company developing the engine is called Achates Power, in San Diego. It was founded by theoretical physicist Dr. James Lemke (1929-2019). Lemke developed all kinds of things over a long and productive career, including magnetic recording heads for broadcast TV tape recorders. If you ever watched TV in the years between live programming and the digital age, you can thank Lemke. He has over 114 patents. He used to like to fly his twin-engine Beech Baron to Baja for weekend getaways. On one such weekend he brought a book on opposed-piston internal combustion engine theory.

“You know, light reading,” he joked in a company video.

He learned that while such engines had been put into use over the years, it had never been developed to its modern potential.

“It was clear when I discovered this engine that it would be possible, using modern techniques like computational fluid dynamics, to improve the performance of the engine well beyond what was possible when it was first developed.”

So he founded a company to do just that. Achates Power was founded in 2014 and began developing the opposed-piston engine. Achates Power is not a manufacturing company; that would be left to engine makers like Cummins, Caterpillar, and Navistar.

“Achates Power works with leading engine companies, licensing designs, development and test tools, software, and patents that enable engines for a range of applications that reduce CO2 and critical emissions and provide robust compliance in a cost-effective manner,” says the boilerplate on the Achates website.

Current projects include opposed-piston engines for passenger cars, medium- and heavy-duty trucks, military uses, and off-road and power generation. The Achates Power opposed-piston engine I saw in the Calstart webinar was a heavy-duty diesel for use in 18-wheelers. The 10.6-liter three-cylinder (with six pistons) makes 400 hp at 1700 rpm and 1,674 lb-ft of torque at 950 rpm. It is aimed at replacing a 13-liter four-stroke conventional straight-six diesel engine. There is an Achates Power test engine that will be running this summer in a Peterbilt 579. The Peterbilt powerplant has a supercharger and a turbocharger for even greater efficiency.

The heavy-duty truck engine demonstrator reduces NOx by 98% and particulate matter by 99% compared to 1990 rates. CO2 is further reduced by 7% compared to 2021 emissions standards. NOx is 96% decreased, too. CARB, the California Air Resources Board, has even stricter standards for truck emissions for 2027 that this engine already meets. 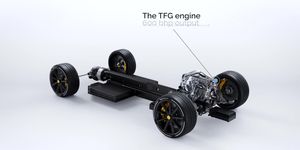 “We found through computational fluid dynamics that when the two pistons come close together, by shaping the contour of each piston to compliment each other we could create a combustion pseudo-volume that would be very efficient in mixing air and fuel and that was part of the solution to increasing fuel efficiency,” Lemke said. “Many engines have a sweet spot where they get maximum efficiency. If you’re off that, the efficiency falls off very rapidly. Ours is a very flat plot that is about the same efficiency everywhere. Any application of diesel at the present time will benefit from this configuration—two-stroke—by better efficiency and cleaner performance.”

“We know of one retail outlet that has 7,200 trucks. Their fuel bill last year just for those trucks was $350 million. We can save them $70 million to $100 million a year just by converting to this engine.” 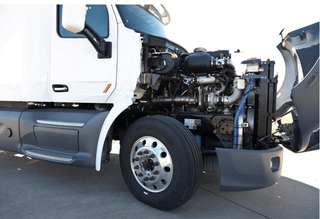 So why isn’t everyone converting to this engine?

“Up until very recently (due to work by us, like what you saw yesterday), nearly everyone believed that two-stroke engines could not meet modern on-highway emissions standards,” Fromm said. “This is because the two-stroke cycle is very complicated—the gas exchange and combustion operate in one continuous event. You have to optimize the system as a whole. Before supercomputers and sophisticated chemically reactive computational fluid dynamics, optimization was done by intuition and trial and error. As a result, all two-stroke engines were dropped from regulated markets.”

So maybe the world has to learn about modern, two-stroke, opposed-piston engines. And that’s where the Calstart webinar and its boost of Achates Power comes in.

“We are putting together a group of organizations to move the heavy-duty opposed-piston engine along the path to commercialization, with a goal to have engines available in 2027,” said Fromm. “I’ll note that another version of this engine—a 1000 hp engine for combat vehicle—will be in series production by Cummins in 2024 for the U.S. Army.”

Is the opposed-piston engine the Next Big Thing? Or is it just another one of a zillion engines other guys thought up 100 years ago that never went anywhere? Have a look at the Douglas-Self link here. It shows 115 engines, from the Bakewell Wingfoot to the Jasper Explosive Motor, that someone at some time thought would be the Next Big Thing.

I myself would selfishly encourage Porsche to replace its current flat six with an opposed-piston engine in a six-piston flat-three configuration. Or maybe Subaru should use one to make a FrankenSoob. I’m available for product planning and engineering consulting any time.

Do you think the opposed-piston engine has any chance of seeing wider adoption? And what are your favorite unconventional engine designs? Let us know in the comments below. 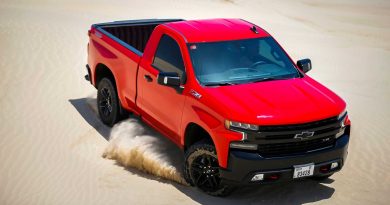 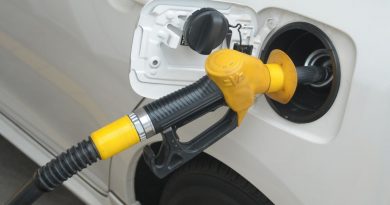 2021 February week three fuel price – all up yet again – paultan.org 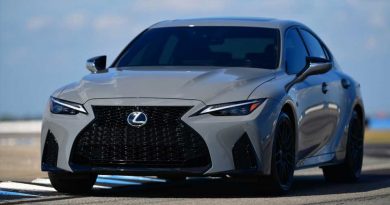