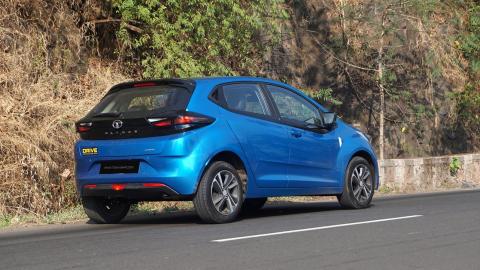 I really like the Hyundai. So much so that now I don’t even want to test-drive the Altroz Turbo!

BHPian sibi6613 recently shared this with other enthusiasts.

And thus began my search for a new car. I did a short test drive of the Altroz DCA (apparently there’s not even 1 Turbo TD vehicle available in Coimbatore according to SGA Motors), and the first thought that came to me was ‘Oh boy, this engine is a dud’. I’ve read about how the 1.2NA was slow and lethargic but I never imagined that our 12-year-old Ritz with an aftermarket LPG kit had a way better throttle response and accelerated more briskly. After about 1-2km, I lost interest in driving the car any further and returned to the showroom. This made me feel a bit sad for Tata because I was genuinely looking forward to having the Altroz as my first-ever car. Apart from the engine and the gearbox, I kinda liked the rest of the car though. I work in Bangalore, so I reassured myself by saying that the Turbo is supposed to be much better and that might change my opinion.

Two days in, I was scrolling Spinny for used 1.0 TSI Polos and I came across a 2021 i20 Turbo petrol iMT. Hyundai was never even on my radar given their lower NCAP safety scores (my primary usage will be on the highways between Bangalore-Karur/Erode with limited usage in the city). I wanted to test the iMT because I’ve never experienced it before and I thought I might do a bit of competitive intel as well, w.r.t the Turbo petrol engine. After all, I was going to take a TD of the Altroz Turbo and it was going to be my first car!

But boy was I wrong! A 10-min of the i20 TD within Coimbatore’s traffic had me smiling for a solid couple of hours! The iMT worked much smoother than I expected it to. It can take most situations thrown at it except for very quick shifts. I wasn’t impressed by the GB enough to consider owning an iMT car, but I was definitely impressed by the Turbo Petrol! I’m sure it doesn’t pull like the Polo does, but it still is VERY capable for our Indian roads! Though I liked the engine, I still wasn’t sure if this was the car for me as I felt that the steering had a lot of deadzone initially and it felt a bit disconnected. I’ve been researching the i20 and the N-Line version of the car for a few days now and I am convinced that the N-Line is the car for me, owing to its stiffer suspension and better steering.

I am back in Bangalore and I stay in Bellandur. Checked out the N-Line version car in the Advaith Hyundai outlet in ORR and the car looks great in person (I wasn’t really a fan of the Altroz for its looks – the rear looked a bit weird for my taste and the front reminded me of the Indica). Unfortunately, I wasn’t able to take a TD of the vehicle as the customer who took it out for a TD just crashed the car as I was waiting in the showroom for him to come back.

Now, here’s the conundrum. The i20 N-Line DCT costs 15.3L OTR. I can maybe save ~20-30k by going for an insurance plan outside but it is still about 8-9L more than my original budget! I really, really like the car despite it costing so much and now I do not want to take a TD of the Altroz Turbo (I did put up TD requests on Tata’s website and I’m yet to hear back from them even after 15 days).

I can afford the i20 on my own but it is going to really stretch my wallet thin for the next few months (until there’s an appraisal in Mar) but the Altroz will not be such a tight squeeze as it is ~4L cheaper on the road. I also haven’t discussed the idea of buying a 15L car with my very budget-oriented family yet (my dad fitted an aftermarket LPG kit when petrol prices hit 100 per litre, what else can be expected). I am also not sure about Tata’s service levels with even more frequent service intervals (every 6 months/7500km vs i20’s 12 months/10000km). Though the i20 is a 3-star rated car, it has ESP+TC which can prevent accidents from happening in the first place and an additional 4 airbags in the unfortunate event of a crash.

I have started going down into existential spirals asking myself questions such as how much this 4L is going to matter in 40 years time or if will I regret choosing a car that does not excite me every day.

My heart yearns for the i20 N-Line DCT while my head says Altroz is a saner choice.

Looking forward to hearing from you folks about how I should be going ahead with my decision.

First thing you should do is test-drive the Altroz 1.2 Turbo. Without driving it, you’ll never know what it’s like for you. Me & Aditya took the car on a long test drive and our review is here.

The Altroz Turbo is vastly superior to the weak 1.2 NA motor, but it is still a “warm” motor at best. The i20’s turbo + DCT powertrain is fantastic, way better than the Altroz’ turbo-petrol.

Both are premium hatchbacks & the best on sale. Personally, I like the Altroz more because of its “big car” feel, more mature suspension, solid build, 5-star safety rating, impeccable highway manners & stunning design.

Here’s what BHPian SavoyWalrus had to say about the matter:

This is a conundrum that I was in a year ago before I purchased the Altroz iTurbo. The price gap between the two cars was much too big in the end for me. Also, I wasn’t really sure about the long-term reliability of the DCT or the IMT, and the usual issues that crop up with dual-clutch gearboxes.

The iTurbo and i20 Turbo are almost in two different categories despite both being premium hatchbacks. I’ve driven my car for 10k kms, most of which has been on the highway, and it performs pretty well over long distances.

Love the high-speed ride quality, space, fantastic AC, comfy seats, and superb music system. Handling is pretty decent too, even though the steering can be a little dead at times. I’ve done quite a few 8+ hour trips and it’s a brilliant place to be in. The power is nowhere near as explosive as the i20, but it does the job well enough either on the highway or the city. Torque down low isn’t very great which means you’ll have to shift a bit if you’re in the city or the hills. I’m planning a remap which should sort out that issue.

Test drive the iTurbo, it has significantly more power than the NA Altroz and is a far superior car.

I’ve not encountered any issues so far and I’m pretty pleased with my decision.

Here’s what BHPian Kosfactor had to say about the matter:

It’s probably unconventional around here to suggest a Hyundai to someone who loves to drive – But times have changed, Hyundai has hired the sort of people who knows how to make it feel like a Hyundai (light controls, excellent NVH, soft ride etc) and yet perform very well on the road.

GDi engine – The actual on-road performance of a GDi and I’d include all their GDi models (KIA too) is excellent, and very well tuned for Indian road conditions, you would not know that it is such a small engine while driving around.

My choice would be the i20 – if you are ready for the asking price, it will stay with you for longer and you will get excellent value for the car when you are ready to upgrade. 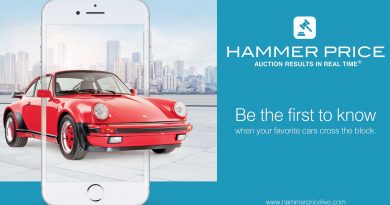 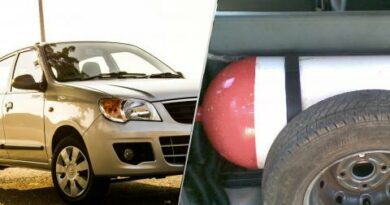 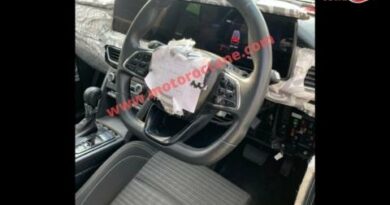