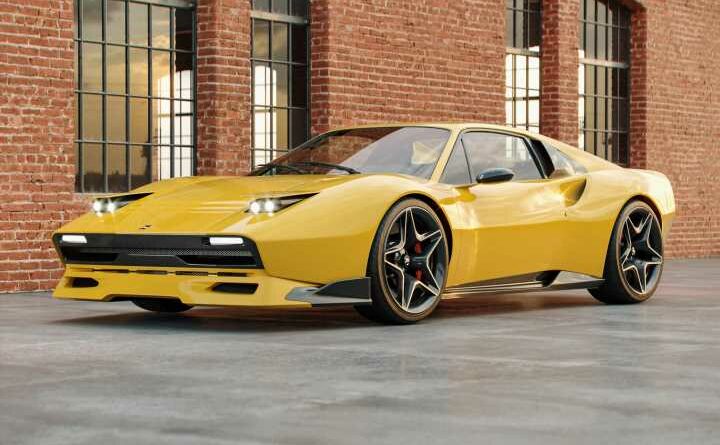 Alright, so this isn’t quite a Ferrari 288 GTO restomod. There aren’t enough millions of pounds in the world (or demand, you might also say) to take apart one of those and attempt to modernise it. Instead, the Automobili Maggiore GranTurismO takes the 308 and aims to “satisfy the demands of those customers who love the 80s, but are looking for a more ‘hardcore’ atmosphere compared Project M”. That’s ‘M’ as in Magnum, Maggiore’s first project that paid homage to the world’s most famous Ferrari-driving PI.

GranTurismO is rather more serious, celebrating Ferrari’s second GTO and the man behind it. Nicola Materazzi was an engineer responsible for developing some incredible cars over the years, including the 288 GTO as well as the F40 and Bugatti EB110; he was collaborating with Maggiore on the GranTurismO project before his passing just a few days ago. So it’s going to be a poignant build for the team, as well as a fearsomely potent one: 600hp from a twin-turbo version of the 308’s 2.9-litre V8 is way more than either 288 or F40 ever produced. Sequential turbocharging aims to make the delivery a little less boosty than either of those old-timers.

Understandably, a whole host of additional tweaks have been incorporated into an engine now producing more than double its original horsepower. Only the crankcase is retained, the GTO now benefitting from redesigned heads, individual throttle bodies and an intercooler in the intake manifold to reduce lag. Now dry sumped and with a host of new bespoke parts, Maggiore reckons the 2.9 V8 is actually 30 per cent smaller dimensionally than the original engine. The reduced size means it can now go in longitudinally rather than the original transverse installation for the 308.

Plenty more has changed beside to keep a lid on that prodigious power, with a new six-speed manual, wider tracks, suspension made of Ergal (an aluminium alloy used for planes), and Brembo brakes. The donor chassis (any of the 208/308/328 family is fine, apparently) is “completely restored and reinforced to withstand the new levels of stress”. Which is good to know.

Maggiore describes the GranTurismO’s design as “taking inspiration from the more muscular 288 GTO”, which is most evident from the rear end. It also points to a coca-cola shape when viewed from above “typical of F1 cars”, rear quarter window intakes like a GT4 RS and rear lights “set in small volcanoes are as if cut in half by a band of shiny material, recalling concepts from the most recent Maranello productions.” There’s definitely a hint of F8 Tributo to the look, and similarly with the new 3D-designed five-spoke wheels. The body itself is all carbon, which will save more weight for the 600hp to shove along.

As only renders and a one-eighth scale model at Hampton Court Concours shown today exist of the GTO for the moment, there isn’t an interior. Automobili Maggiore is promising, however, a modern (read: digital) cabin “with vintage references” as well as limitless customisation options. The firm told PH that the plan is to build around 19 examples of the new model, although it hasn’t confirmed a production start date yet (though late 2023 was suggested), nor a price. Not even a ballpark one. So, seems like there’s one thing for it – anyone who likes the GTO idea best get to Hampton Court pronto, blank cheque in hand. 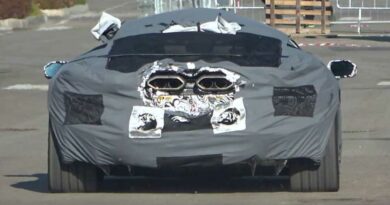 Buying a new SUV: Confused between diesel AT, hybrid & electric 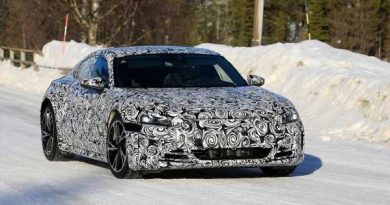 This Is The Swoopy, Model S-Rivalling Audi E-Tron GT