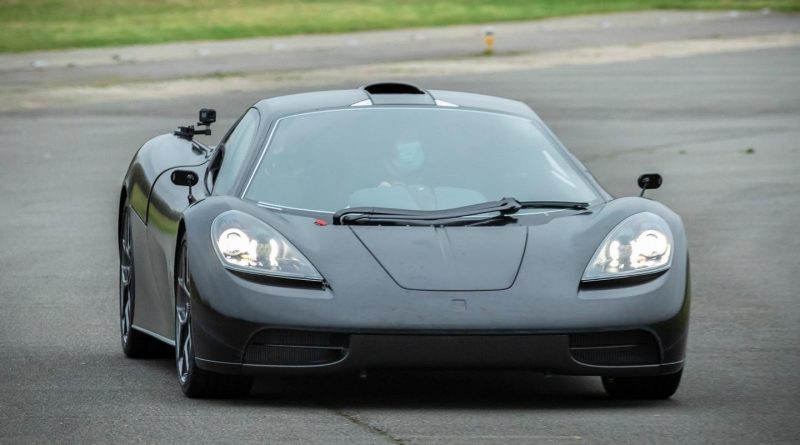 …but only to 3,000rpm. Still, Gordon Murray seems impressed with all-new Cosworth-built V12

Gordon Murray Automotive has officially run an early prototype for its T.50 on the track at Dunsfold, with the boss himself taking the V12 car to an initial 3,000rpm test limit. While this might not seem like the most breathtaking announcement for a machine that’s set to have a 12,100rpm limiter, the significance of the moment shouldn’t be undervalued. As Murray has highlighted to PH in earlier conversations, every component of the T.50 can be considered cutting edge, so to see prototype ‘XP2’ up and running so quickly (in one sense, at least) is undoubtedly impressive. Not that we expected anything less from GMA.

While it’s frustrating not being able to hear the bespoke Cosworth V12 worked beyond 3,000rpm, Professor Murray himself – sat in the central seat alongside an engineer – does appear very impressed with the throttle sensitivity. That’s good, because it’s set to be a key trait in a 663hp motor theoretically capable of gaining 28,000 revs in a second, and should make using the equally bespoke six-speed manual gearbox all the more brilliant. It doesn’t look like Murray got to play with many gears in his drive, but we’re assured that the 986kg car could theoretically reach 277mph. The T.50 isn’t about all that, however.

What it is about, as Murray highlighted when we last spoke to him about the following T.50s Niki Lauda track car, is being immensely involving, visceral and rewarding to drive. Murray says after his short Dunsfold stint that he can sense “a good car” even at pedestrian speeds, presumably meaning he likes the way the car steers, rides and reacts to his inputs. He explained in the accompanying release that “the XP2 prototype is currently running at considerably less revs than its 12,100rpm limit, yet the T.50 felt fantastic.

“The car was responsive, agile and rewarding to drive,” he continued. “It was a fantastic experience to be sitting in the centre of the car once again with great all-round visibility and I can see how much the owners will enjoy this experience. Obviously, there’s still a lot of development miles to be completed and many more prototypes to build. But the trajectory of the T.50 development is where we want it to be.”

No doubt there’s plenty more work to do, and the potential for issues along the way – just ask the team behind AMG’s Project One – but the ball is at least properly rolling and on course for customer cars to be delivered next year. Expect GMA’s engineers to slowly dial up the revs of that incredible engine in the run up to 2022, testing each of the accompanying components along the way so the maximum is reached with as few hiccups as possible.

Don’t forget, Murray’s team is growing day by day as well, with a recruitment drive underway to ensure T.50 and Lauda can be followed by more specials in the future. This first track run is momentous not just for the T.50, then, but the whole company. Expect the pace to pick up in more ways than one very soon. 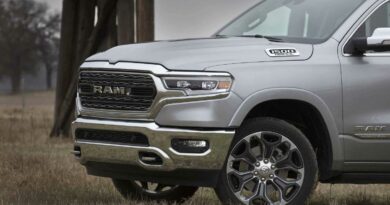 No automatic loan moratorium to be implemented in MCO 3.0, contact bank for targeted assistance – BNM – paultan.org 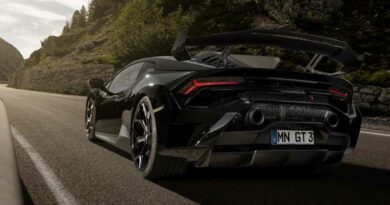