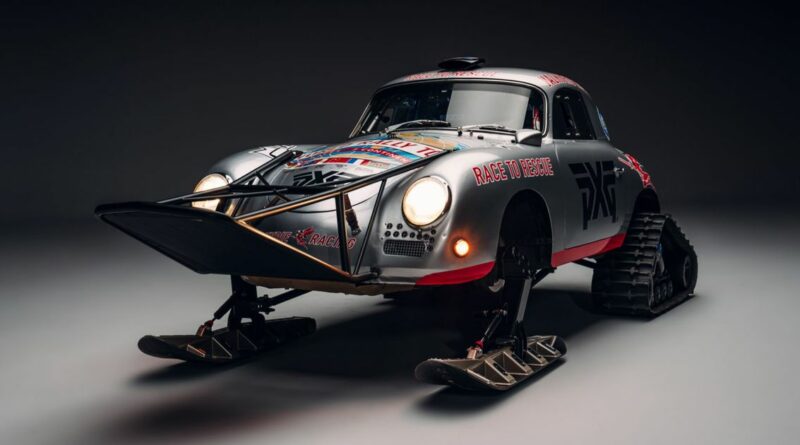 There’s a trend at the moment for making safari versions of old Porsches, but we’d bet that some are destined to never feel rough terrain under their tyres. This one’s different, though, as it’s just about to set off on a gruelling challenge across the most gruelling of continents, Antarctica. And because it doesn’t have any tyres any more.

To cope with the ordeal, this retirement-age Porsche 356A has been thoroughly overhauled. The air-cooled engine has been upgraded with a hot air intake system to stop the carbs and fuel freezing over, while newly fabricated parts by South Pole familiar Kieron Bradley should help with reliability and durability.

One of the biggest changes is the fitment of tank tracks and skis. The tracks give a much wider footprint for the best possible traction, and are also designed to impact the ground much less than a set of chunky off-road tyres. The skis are made from chromium steel and treated for heat resistance. An added side effect of the new setup is that it looks absolutely phenomenal.

You’ll also notice the diving board at the front. This isn’t somewhere to jump into an icy lake from, though, nor is it a place to hang your laundry. It’s actually to stop the car nosediving into crevasses, which can swallow cars whole and can be inconceivably deep. The crevasse bar also has solar panels to power the car’s electricals.

Antarctica is the final stop on one woman’s mission to race across each of the seven continents. Renée Brinkerhoff, a 65-year-old American, has previously raced in Mexico’s dangerous La Carrera Panamericana rally, the Targa Tasmania, the Caminos del Inca gravel rally in Peru that ascends to nearly 5,000m, the 18,000-mile Peking-to-Paris rally and Kenya’s East African Safari Classic rally.

Having only started racing around a decade ago, Brinkerhoff became the first woman to win her class in the Carrera Panamericana. She is now using her racing for her Valkyrie Gives charity, in order to raise funds and awareness to help end child trafficking. In the past, she’s been on missions to Southeast Asia and Latin America to rescue children and help prosecute their traffickers.

Sitting alongside Brinkerhoff will be famed Polar explorer Jason de Carteret, a Brit who has racked up over 50 expeditions and multiple records to his name. He’ll be in charge of navigating across the continent, and will hopefully be able to avoid some of the 200mph winds that can whip across the ice.

The expedition starts on 5 December, and the Porsche is currently on a boat to Chile as it makes its journey to the bottom of the world. 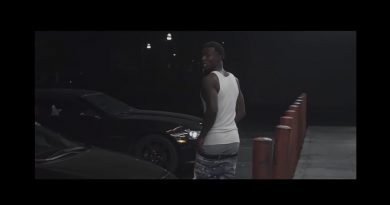 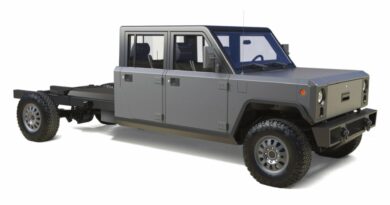 Bollinger Electric Work Trucks Could Have Up to 11,500 Pounds of Payload Capacity 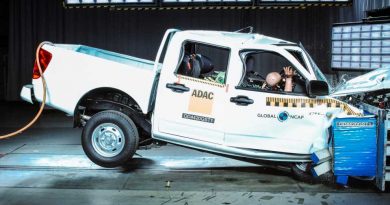