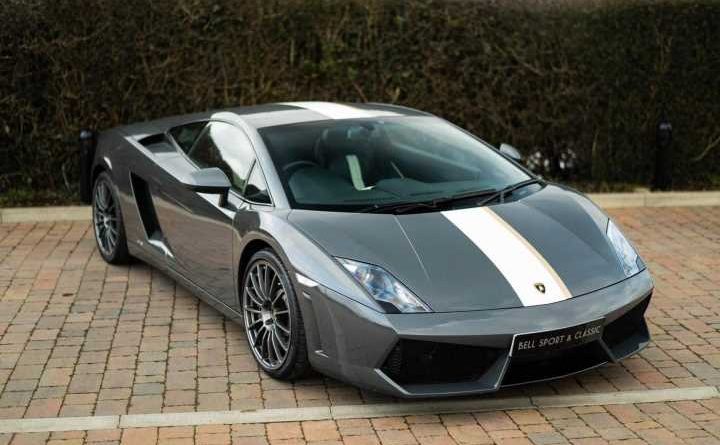 Nowadays it's easy to get some half shafts deleted. Ten years ago you had to be special

While the name might not be as self-explanatory as Lamborghini’s present-day rear-drive offering, the Huracan RWD’s spiritual predecessor, the Gallardo Balboni, is rightly revered amongst enthusiasts. Only the maddest Sant’Agata Bolognese creations bear the name of Lambo’s legendary test driver, Valentino Balboni, and the centre-striped Gallardo duly delivered, mixing sensational V10 soundtrack with the fingertip delicacy and throttle-adjustability of a car no longer in thrall of its front axle.

It came as a surprise, too, because Lamborghini’s Audi-influenced focus on all-wheel drive technology looked to be permanent, in what was to be the first full decade of VW Group ownership. But then came the Balboni, stirring souls with its unencumbered front end, unfiltered steering and 550hp delivered to the axle located just behind that atmospheric motor. In the LP550-2, you weren’t given the beans until 8,000rpm – unless you count the thud in your back of E-gear shifts…

This wasn’t meant to be a flamboyant oversteerer, either, but rather a satisfyingly well-balanced machine that seemed freed up rather than disadvantaged. With Balboni’s honour on the line, the 30kg lighter car bore its own unique suspension and steering settings to go with the magic of the powertrain and simpler driveline. Best of all, you could spec a manual gearbox with the car, making for arguably the most scintillating of noughties packages from a mainstream manufacturer. Just imagine that wail, followed by a click-clack, and then more wail. Perfect.

Incredibly, when it came to right-hand drive cars, only three were apparently specced with three pedals. This isn’t one of them. Although with only 250 made globally, the car you see here, a 2010 build with 17,650 miles on the clock, is rare enough. And this being PH, it’s not the only Balboni in the classifieds; there’s another up for almost exactly the same price.

Our spotted has the lower mileage, although in all honesty, choosing between the two is likely to be a case of preference of colour, or how close to the dealer you are (and if you live near Bell Sport & Classic, lucky you – check out the video below to see why). We’ve chosen the more subdued grey car – that V10 does all the shouting – and from where we’re sitting it looks fairly immaculate. What a way to part with £130k.

Given the car’s condition, rarity and price, we’d imagine the Gallardo is headed for sporadic use. But here’s hoping the next custodian has sought it out for all the right reasons – i.e. the sound and fury aft of your head, bidden by the loafer to the right. Thanks again, Signor B.

What’s It Like Driving A Car With 14 Wheels And No Suspension? 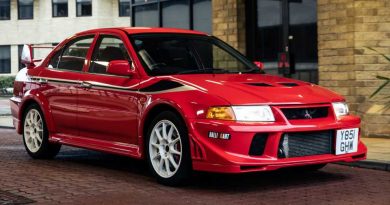