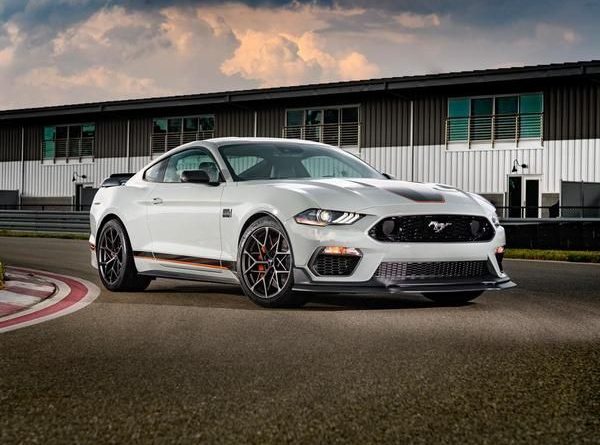 Prospect of range-topping, non-Shelby Mustang in right-hand-drive format almost too much to bear

We had started to worry about the Mustang Mach 1. In straitened times, we worry about the narrowing prospects of any performance car leaving its home turf. (See Nissan's decision making for recent examples.) But four months on from its reveal, Ford has now confirmed that it is indeed going to launch the model outside America. Admittedly, the firm hasn’t yet divulged which markets will get it, but Britain’s well established appetite for hot Fords – and V8 Mustangs in particular – is understood to stand it in very good stead.

In case your memory needs jogging, the Mach 1 comeback – which returns the nameplate to the Mustang for the first time in 17 years – is intended to bridge the gap between the standard range and souped-up Shelby versions. It’s the top pure-Ford variant, basically, and with 480hp and 420lb ft sent rearwards as standard through a six-speed manual, it’s got all the makings of a total hero car. The makeover includes chassis work, pushed to its most extreme with an optional Handling Package, adding magnetic dampers, recalibrated steering and stiffer springs.

Naturally, you also get 19-inch wheels inspired by the Magnum 500s of the original Mach 1, exterior colours with names like Fighter Jet Grey and a whole host of other changes so it looks as purposeful as it sounds. Suffice it to say there’s plenty enough to justify us hitting refresh on the manufacturer's UK homepage for the next few days, or hanging around the Ford area at Goodwood’s upcoming Speedweek event. And if you  think that's over selling it, don't forget that the UK market initially bought more V8 cars than it did 2.3 Ecoboosts; and even now, a few years from launch, the split it said to be roughly 50/50. So expect limited numbers – and big demand.

More than half a century ago, the original Mach 1 capitalised on the Mustang’s formidable reputation near enough perfectly. A few years on from launch, the it brought together some dynamic and cosmetic influence from the Shelby flagships with a price tag more closely aligned to the standard V8s – and created a legend in the process. As well as an incredible 295 speed and endurance records at Bonneville, the original Mach 1 nabbed consecutive SCCA Manufacturers’ Championships in 1969 and 1970. Even in the exalted early history of the Ford Mustang, the Mach 1 is special.

Which makes its return for the 2021 model year pretty significant, Ford having not affixed the badge to a Mustang rump since the early 2000s. As it did in the 1960s, this Mach 1 is explicitly aimed at bridging the gap between standard and Shelby Mustangs; given the calibre of both those cars in 2020, the potential for another standard bearer is fairly considerable.

This new model uses the standard car’s 5.0-lite V8, albeit tickled to 480hp (at 7,000rpm!) and 420lb ft; a six-speed manual is standard (with rev-matching for the first time) as well as a 10-speed automatic option. The oil cooler from the revised GT350 is standard on the Mach 1, meaning it should stand up well to track work. Because you couldn’t own a Mach 1 and not take it to the track, could you?

Speaking of which, buyers of the manual can opt for a Handling Package, which builds on the standard Mach 1 dynamic upgrades – reworked magnetic dampers, recalibrated steering, stiffer springs, bars and rear subframe, plus a brake booster – with new spoilers, wider wheels and rear tyre spats from a GT500. So equipped, a Mach 1 is said to boast 150 per cent more downforce than a Mustang GT. Which sounds bold, but when you consider Ford has moved the Mustang’s underbelly pan 20 inches back just for the Mach 1, the claim becomes more credible.

Understandably, given the heritage, the 2021 Mustang Mach 1 evokes the original to look at. Ford calls the new front end a “shark-nosed section”, the old driving lamps are replicated with cut outs and there are new grilles below the indicators. The low gloss black accents serve the same purpose – providing “a premium look while staying true to Mach 1’s bold, muscular heritage” – and even the new 19-inch wheels are said to be inspired by the original Magnum 500s. Exterior colours include the Mach 1 exclusive Fighter Jet Grey, as well as black, white, blue, orange, silver, yellow and red. An accent stripe optioned on the outside is replicated on the seats, with each Mach 1 also receiving an engraved badge denoting its chassis number.

Which all sounds rather good, right? A V8 Mustang modified for track use, with a standard manual gearbox and a healthy dose of feel-good nostalgia sprinkled on top ticks a lot of boxes. No wonder Ford calls this Mach 1 the “pinnacle”. Furthermore, while the current release only goes as far as confirming North American sales from early ’21, Ford COO Jim Farley is quoted as saying that “there’s never been a better time to bring back Mach 1 and have it go global too.” Which is encouraging. Suffice it to say we’d be very, very keen to see a Mustang like this offered in the UK. Who wouldn’t? 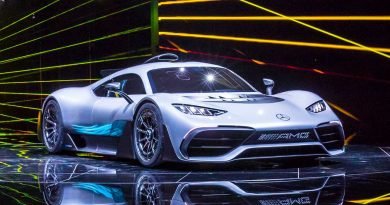 Rare Chance To Hear The Mercedes-AMG One, Sounds Like An F1 Car 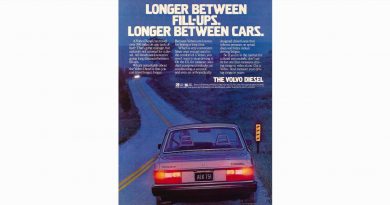 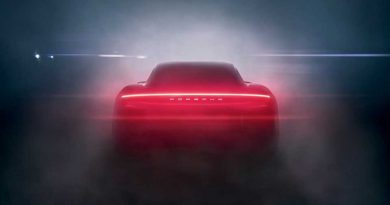 Watch the 2021 Porsche Taycan Reveal Livestream Here at 9am EST