When Ford debuted the new Bronco, it quickly set about showing off a range of cool bolt-on modifications and accessories—including a big, nose-ring-like “Safari bar” or brush bar for the front bumper. This form of a bull bar is essentially a large, open tubular-steel loop for swatting brush and such away from the Bronco’s front end when clambering over obstacles off-road. Only there was one small problem, as highlighted at the Bronco Nation fan site: The brush bar blocked most of the huge “BRONCO” lettering on the grille, leaving only the “B” and the “O” visible.

Ford realized the issue with its accessory bumper add-on after hearing from potential customers eager to show off their new Broncos—and worried the Safari bar would literally get in the way of that mission. After all, the Bronco hasn’t been in production for years, and now, with the smaller (and vaguely similar-looking) Bronco Sport having beaten the resurrected Bronco to market, it’s important to ensure the bigger 4×4 wouldn’t be mistaken for its crossover sibling.

Going forward, Ford has confirmed the brush bar accessory will no longer block the grille lettering as much. Surely aftermarket options also will obscure portions of the BRONCO lettering, as will various auxiliary lights and other bolt-on bumper pieces, but the revised piece (photos forthcoming—the existing one is shown here) now reveals the grille lettering at least from the dead-on forward view.

Good thing, too, because Ford’s brush guard accessory is widely available on the Bronco. It’ll run buyers $300, plus the $825 heavy-duty modular steel bumper option except on the Black Diamond, Badlands, and First Edition Broncos. The brush bar is even standard on the First Edition. 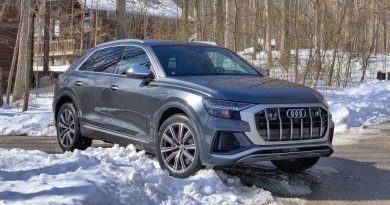 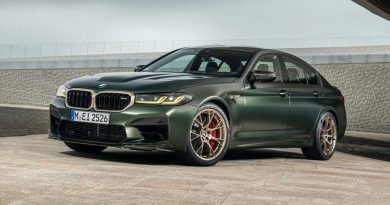 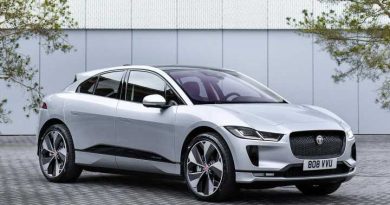