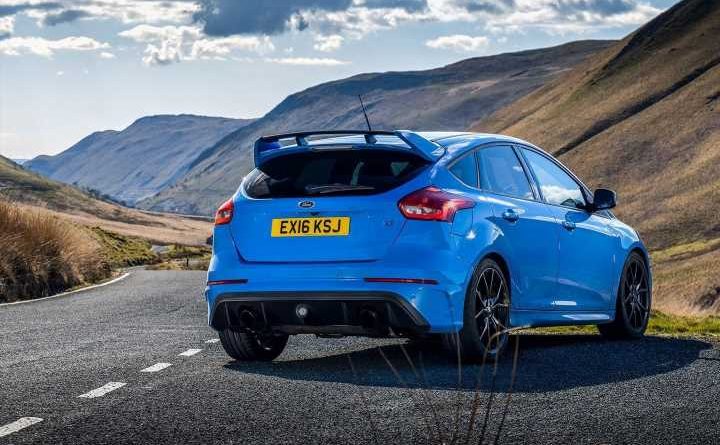 We’re all painfully aware that the automotive landscape is changing pretty significantly and really, really quickly. Perhaps nothing says quite how different the brave new world will be than Ford’s decision, almost exactly one year ago, to not push ahead with a Mk4 Focus RS. There were plans afoot for a four-wheel drive hybrid, but it was deemed not cost effective. And even with the electrification, the project was never guaranteed – it’s simply becoming harder and harder to make anything resembling a traditional fast car.

It was (and remains) a huge decision, because there’s been a Ford RS family car – be that a Focus or an Escort – for decades. And more importantly, there have been some superb performance cars along the way, from Escort RS2000s to three generations of fast Focus. It’s the sort of legacy every start-up would sell their investors’ souls for. And now it’s done. Seemingly forever.

Of course, back in 2016, we knew nothing of the Focus’s future plight. Five years ago, it seemed the entire world was chomping at the bit to have a go; not only because that’s what happens when any Ford hot hatch is launched – at least in Britain, that is – but because of the tantalising spec. For £30k buyers were going to get 350hp, 347lb ft of overboosted torque, 0-62mph in less than five seconds and more than 160mph. And a Drift Mode-enabled four-wheel drive system. How could that not appeal?

Despite only being on sale between 2016 and 2018, a lot was packed into the Mk3 era. The inevitable Mountune upgrades arrived, offering 4.5 seconds to 62mph with a warranty intact, soon followed by an RS Edition that introduced a limited-slip diff at the front. The Red Edition and Heritage were delivered, too, for those who saw the standard RS as too modest. And not collectible enough… For this feature, though, we’ll stick with the regular version that Ford has squirrelled away onto its heritage fleet: forged wheels, Recaro shell seats and searing Nitrous Blue paint. Peak Mk3 RS, basically.

Though Drift Mode inevitably hogged the headlines, the RS was subjected to a major overhaul across the board – it was not merely a skiddy ST. It wouldn’t be in keeping with the RS tradition, following a Mk1 so trick Ford lost £5k on every single one sold and a Mk2 with RevoKnuckle and bespoke engine internals. Say what you will, but Ford does things properly. So for this one the body was almost 25 per cent stiffer than a normal Focus, with bracing for the subframe and rear structure; spring rates were 33 per cent (front) and 38 per cent (rear) up on an ST, with switchable dampers for the first time; and the engine was given its own head, turbo and intercooler to ensure it wasn’t just a Mustang carry over. Plus, of course, an innovative four-wheel drive and Dynamic Torque Vectoring…

It’s always revealing to drive a car after so many years have passed that a) you think you know well and b) blazed a trail for a long line of imitators. It’s to Ford’s credit that few of them feel as purposeful as the RS does. Certainly not for the budget. The latest Golf R has a drift mode, but less power and no manual ‘box. The Renault Sport Megane is now auto only, too. Ford’s own Focus ST is a wallflower compared its strutting, swaggering predecessor. There is still nothing quite like it.

Which isn’t to say the Focus RS is perfect – far from it. Occasionally time is kind to your perception of car, because things move on, and sometimes not. Having been reacquainted, it takes a good deal longer for the ride to seem anything less than abrasive, the driving position to not be perched, and the steering to seem in any way natural. At low speeds and low commitment levels, the Focus RS is still quite annoying: it thuds grimly along a B road (don’t even think about the stiffer damper mode), you operate the pedals like playing a piano and the steering self-centres almost as aggressively as it darts from the straight ahead, which seems more weird than lively. And the less said about the interior, the better – what was perhaps par for the course in 2016 certainly hasn’t reached the endearingly retro stage yet. It’s just painfully outdated.

But the RS doesn’t take long to show off what the fuss was about. Switch from Normal to Sport and the 2.3-litre Ecoboost begins to find its voice, to this day more tuneful than anything comparable; the intake sound is amplified rather than totally augmented, growling its enthusiasm as the revs build. The metallic pops and bangs from the bazookas out back are the perfect accompaniment, too. The RS is a hot hatch to be driven with the back seats permanently down and the windows lowered for tunnels: raucous, rowdy, rambunctious entertainment, from idle to cut out.

It’s fast, too, if perhaps not as rapid as the stats (or memory) might have suggested. Below 2,000rpm it’s pretty sleepy – find a five-year-old turbo that isn’t – from which point the Focus charges through its mid-range with almost unstoppable vigour: 347lb ft is still more than is on offer from a C-segment hot hatch, and it feels good for every last one of them. To Ford’s credit the engine was reworked to improve revviness; while there is enthusiasm beyond the 6,000rpm power peak towards the limiter, such is the muscle on offer lower down you’re seldom inclined to indulge it. Apart from for another gunshot from behind at 6,800rpm. A burly, deliberate six-speed manual fits the butch approach perfectly – not delicate, but heftily satisfying.

This is appropriate because driving the Focus gently or primly is like using a strimmer to cut your hair. It simply isn’t built for it; you just notice how noisy and tactless it is. Its maker only lets you access its hero-status out on the ragged edge, where all fast Fords tend to come good. Only there does it deliver on its hulking promise and become riotously entertaining.

That’s not just playing at Kenny from the Block, either. What frustrates at low speeds makes so much sense going quicker: the stiffness means precision; the steering rotates the car more naturally with load through it; and there’s adjustable attitude in place of what first felt like pig-headed aggression. Though the brakes are reassuring, you tend to scrub speed off in the RS by lobbing it at turns instead; the aggressive camber that can weave its way along a bumpy road ensures mega turn-in grip, the car just settling somewhere between under and oversteer as the momentum moves. From there you can keep the throttle closed for those who like to dangle more angle, or jump back on the power and feel all four wheels drive the car out of the bend. Perhaps the weight robs the RS of some agility, but it still corners in otherworldly fashion. It builds on the standard Focus traits of neutrality and balance (if not quite fluidity with those suspension settings) and adds really engaging four-wheel drive into the mix – it’s quite some combo.

Nowadays a Drift Mode is almost a given in the world of 4WD hot hatches, but it was a genuine talking point at the Focus’s launch. The GKN Twinster permanently sent drive from the front power transfer unit to the rear diff where clutch packs would then dictate how much went to each wheel. A maximum of 70 per cent of drive torque could reach the back end, meaning in theory that all of that could reach one wheel at some stage. Ford reckoned back then the hardware was good for the lifetime of the car, too, if serviced properly. So there was no excuse not to fill your boots…

In keeping with the rest of the car, the infamous Drift Mode is a proper old hoot – in the right scenario. It isn’t one for a sneaky squiggle off a roundabout like a purely rear-drive car. Instead it needs space and commitment, though the faith established in the tenacious front end does certainly help. Chase the throttle early and there’s a sweet over rotation felt through the car (if not as intimately as you’d like given the driving position); what may have once felt contrived seems pretty convincing given later efforts, too, responding pretty authentically to inputs.

That Drift Mode wasn’t strictly necessary for this Focus, yet was engineered only for this project anyway, speaks volumes about the level of effort put into the Rallye Sport cars – and why they’re held in such great regard. Of course it generated a colossal amount of attention (not all of it good) which is why so many manufacturers dutifully followed in Ford’s footsteps, much as they did after the firm endowed the Mk1 RS with trick motorsport bits. Most other brands didn’t bother with 300hp in a front-drive car either, until Ford proved it was eminently possible – to be encouraged, in fact. The RS has been a consistent gamechanger, through three generations and over a decade and a half; where Ford led, others were almost obliged to follow. Which is why the termination of the fourth instalment was so sad – and why this last hurrah will be a Hero for a very, very long time indeed. 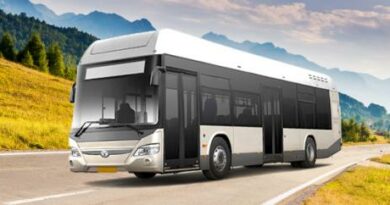 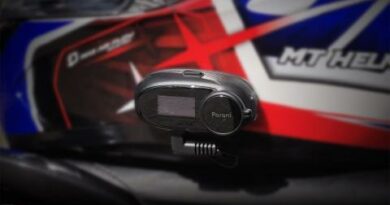 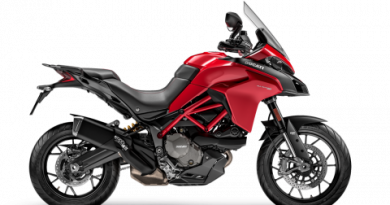