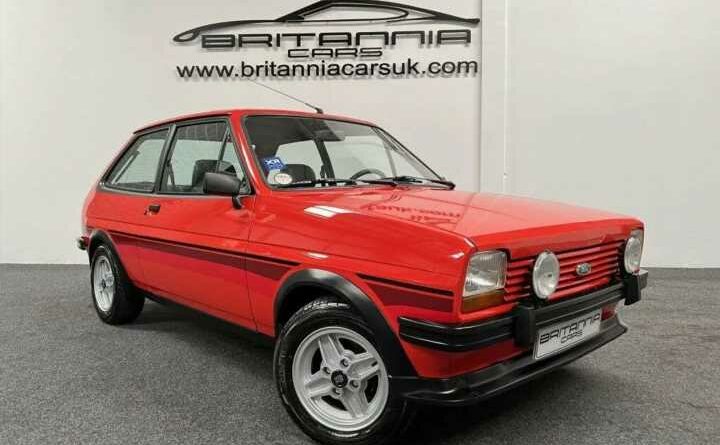 What low-mileage fast Ford from the 1980s looks a million dollars but won't cost you that? Ahh yes…

The Ford Fiesta Supersport wasn’t actually the first hotted-up Fiesta. You’d have to give that one to the 1300 S, which was launched in 1978. The problem was that, while ‘1300 S’ sounded impressive, what did this mighty machine actually offer? A 1.3-litre, overhead-valve, all-iron, pushrod, Kent Crossflow engine with 66hp. Oh yes, and a black strip down the side that said 1300 S. That was your lot.

Still, keen to test the water for what interest there was in something a little sportier, Ford upped the ante in 1980 when it launched the Supersport. With ‘super’ and ‘sport’ in its title, it immediately sounded more exciting. Performance wise it wasn’t, though. The engine was the same Kent Crossflow with the same 66hp. Still, the Supersport weighed just 775kg, so it didn’t need a huge amount of power to energise itself from a standing start – it would get from 0-62mph in 11.8 seconds with its power-to-weight ratio of 85hp per tonne. By the way, those figures are the most consistent of the myriad different ‘facts’ I could find out there in internet land, so feel free to correct them if you have some specialist knowledge.

What the Supersport did bring was head-turning looks. And I don’t just mean from the perspective of 1980, when expectations had been ground down to negligible by record unemployment and the Morris Ital. I mean looks that still catch your attention today. No longer was this a Fiesta decorated with a mere strip down the side; the Supersport was dripping with go-faster tinsel, yet it didn’t, and still doesn’t, look chintzy. Lucky owners had so much to regale their friends with down the pub. The black rubber wheel arch extensions, black window surrounds, front air dam, rear spoiler, bumper overriders, front spotlights and body-coloured grille.

And if that wasn’t enough to gawp at, how about a lovely set of four-spoke RS alloys? These were 13 inches in diameter and sporting low-profile 185/60 rubber, no less. It wasn’t all smoke and mirrors, either. Sure, the engine was still a fairly unremarkable lump – albeit with a twin-choke Weber carburettor to suck on – but the Supersport had been developed Ford’s Special Vehicle Engineering team at Dunton. That lot had thrown on some mechanical upgrades, so along with the wider rubber the Supersport had lower sports suspension and a stiffer rear anti-roll bar.

Inside there was the choice of grey or red check inserts for the sports seats and luxuries such as a radio cassette player, cigarette lighter, ashtray and a rev counter. You could even option a glass sunroof and tinted windows.

The Fiesta Supersport was launched at the Geneva Motor Show in 1980 and not long after, once the market for a fruity hot hatch had been established, Ford wheeled out the big-gun XR2 in 1981. But the Supersport was so well conceived looks wise that the XR2’s was barely any different, bar round headlights, pepper-pot alloys and a black grille. And early XR2 are a sought-after commodity these days, but they look ten-a-penny next to the minuscule number of Supersports left. Just 24 were taxed last year, according to howmanyleft.co.uk.

That’s hardly surprising, bearing in mind that Mk1 Fiestas are basically a Happy Meal for tin worm. Everything rusts as far as I can tell: the floor-pan, wings, battery tray, sills, strut top mounts, rear quarters (around the fuel filler). It’d be easier to list where they don’t rust, except there doesn’t seem to be anything to stick on that list. And apparently panels are becoming harder to source these days, so it’s not as straightforward to recondition them as it once was.

That makes a car in such apparently remarkably good condition as this a great opportunity. Yes, it’s £20,000 for a Fiesta, but you’d easily spend that on a full restoration project and this saves you all the hassle of that. And it’s a fast Ford that’s extremely rare, which means that it’ll probably only go up in value, so should be as solid on the investment front as this one appears to be in the metal. What I love about it most, though, is the looks. It’s just a perfectly proportioned little car that’s accessorised exquisitely. What a find. 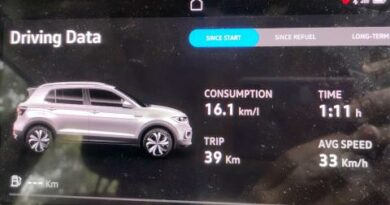 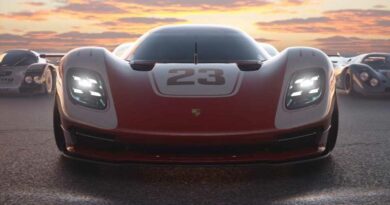 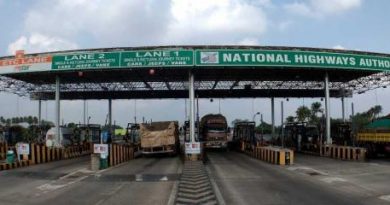