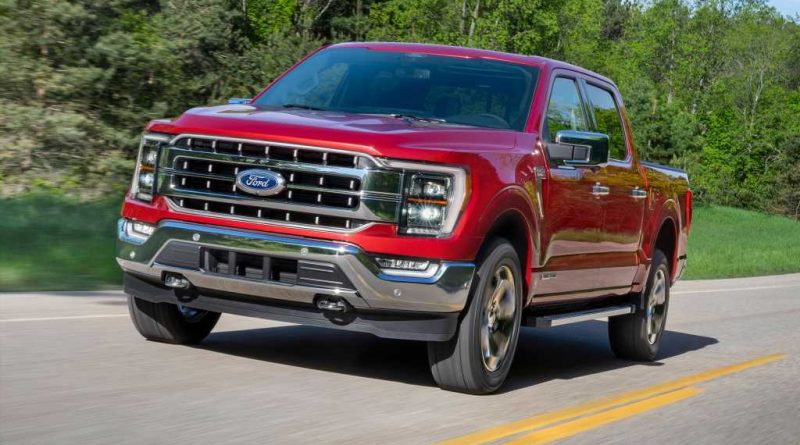 The burly-fendered, desert-marauding Ford F-150 Raptor is taking a breather this year, but might its killer performance be eclipsed by a mild-mannered, Walter-Mitty-esque new 2021 Ford F-150 hybrid? To find out, we borrowed a 2021 Ford F-150 Lariat Sport 4×4 PowerBoost, strapped our gear to it, and were frankly amazed that—even without fender flares, heat extractors, clearance lights, or any other extroverted design details—it’s ready to race Raptors for pinks. But by the end of our three days with this F-150, it was the power in the pickup box, not under the hood, that most impressed us.

Sandwiching a 44-hp, 221-lb-ft electric motor in between the 394-hp, 492-lb-ft 3.5-liter twin-turbo V-6 EcoBoost engine and the 10-speed automatic transmission boosts total output to 430 horses and 570 lb-ft. For reference, the outgoing Raptor made 20 more horses but 60 fewer lb-ft of torque. That makes this the torquiest F-Series this side of a Super Duty Power Stroke diesel.

How Quick Is the PowerBoost Twin-Turbo V-6?

Our modestly equipped midlevel Lariat SuperCrew four-door pickup tipped the scales at 5,832 pounds. That’s 171 pounds heavier than our most recent SuperCab Raptor, which means each of our PowerBoost’s 430 horses caries an extra pound relative to those pulling the Raptor. But the new truck does enjoy a torque advantage of almost 1 pound per pound-foot. It shouldn’t surprise anyone, then, that the new truck runs nearly neck and neck with the Raptor. It zips to 60 mph in 5.3 seconds on the way to a 13.8-second, 102.1-mph quarter-mile run. It’s worth noting that Sport mode returned the best results as it engages the auto-4WD function. Runs in normal rear-wheel-drive mode with traction control off generated too much wheelspin, and attempts to manually shift closer to redline also slowed the truck down (power peaks at 6,000 rpm, and there’s little need to rev higher).

The Raptor’s slight power advantage and 10 percent shorter axle ratio (4.10:1 versus our truck’s 3.73:1) give it the advantage at lower speeds, helping it hit 60 mph in just 5.2 seconds. After that point, the PowerBoost’s superior torque dominates, as the Raptor’s 13.9-second, 97.3-mph quarter mile indicate. The time difference stretches to a few seconds by 100 mph.

One beef I have with the PowerBoost engine is its sound. Somehow, this twin-turbo V-6 manages to moan like a five-cylinder diesel UPS truck. The genius(es) responsible for the 2.0-liter Bronco Sport’s faux-V-8 engine note needs to be reassigned to this team, stat.

What About Braking, Ride, and Handling?

For 2021, Ford has switched from vacuum to electric power braking, and—at least on this hybrid, which attempts to blend regenerative and friction braking—the feel needs work. At city speeds, the pedal feels wooden and the response is not as linear or predictable as one expects. Several times I went for the pedal, felt alarmed at the lack of response, pressed harder, and got too much braking (plus an incredulous look from my passenger). At speed on a twisty road this sensation is less noticeable. Ford’s been in the hybrid game for too long to excuse nonlinear hybrid braking feel like this.

My best stop from 60 mph required 136 feet, which is on the high end of our recent F-150 stops, which have ranged from 118 to 140 feet. Some blame may be due to the slightly knobby Goodyear Wrangler Territory tires (275/65R18), though they managed to generate 0.75 g lateral grip, nailing the F-150 average. The more likely culprit is that 5,832-pound curb weight, which is 185 pounds more than our next porkiest non-Raptor—a Platinum SuperCrew diesel that recorded that 118-foot stop on its 275/55R20 highway all-season tires.

As for handling, the F-150 ran around my favorite handling loop remarkably well for a tall, hefty truck wearing galoshes. Body control was surprisingly reasonable, and the steering generally felt good—slow but perfectly linear. I never felt myself micro-managing the helm midcorner. Ride quality was also quite good for a truck with a 7,350-pound gross vehicle weight rating and 12,400-pound towing capacity.

How Efficient Is the Ford F-150 Hybrid?

Your results will vary—maybe by a lot, if you frequently sample that 5.2-second acceleration or run with traffic at 80 mph on the freeway. That said, during one 75-mile drive that consisted of 45 miles of freeway cruising at 80 mph and 30 back-road miles averaging 60 mph, the trip computer self-reported 20.0 mpg. My 3-hour 169-mile drive that encompassed all instrumented testing and a lively run around my favorite 14-mile rural road circuit averaged 17.7 mpg; and on over 608 miles with multiple media drivers flogging it, the truck reported 16.6 mpg. That’s not bad for 3 tons of truck and driver—and heaven knows it’s way more efficient than a Raptor would be if driven similarly.

How Does Power Pro Onboard Work as a Mobile Generator?

To answer this burning question, I drove up to my cabin on a chilly autumn day, plugged in a 1,500-watt space heater and my 14-inch McCulloch chain saw (880 watt). The heater ran for 5 minutes on the energy stored in the 1.5-kWh lithium-ion battery before firing the engine. Then when I started cutting firewood, still with the heater on, the engine still only switched on for brief periods to top up the small battery. There’s a button on the Power Pro Onboard panel in the pickup box that turns the power on and off (saving you unplugging your chain saw when adjusting chain tension), and there’s a button inside on the dash that allows you to disable the plugs or set them to a low power mode. The screen this activates warns that the engine will periodically switch on and admonishes users not to operate the truck indoors. Much of this functionality can be monitored and controlled by a smartphone app, too.

Is PowerBoost Worth It?

To recap pricing: PowerBoost is available on SuperCrew versions of all F-150 trim grades. Prices for the hybrid and mobile generator tech range from $4,495 on XL and XLT, to $3,300 on Lariat, and $2,500 on King Ranch and up. That’s always $500 less than the Power Stroke diesel and $1,900 more than the gas-only 3.5-liter EcoBoost V-6. If you’re mostly looking to save fuel, my hunch is that most F-150 owners will do better with the diesel, though fuel savings are highly unlikely to ever pay for either engine option.

What can more easily pay for itself is Power Pro Onboard. MotorTrend owns a terrific Honda EU3000iS generator. I’ve recently used it and found that it’s plenty strong enough to run my heater and chain saw. It retails for more than $2,000 and weighs 130 pounds. That’s a lot to hoist into and out of a pickup bed when the need arises, or to lug out of the garage or shed when your power fails and you need to keep the fridge and TV running. Power Pro Onboard as a unique selling proposition is every bit as compelling as Ram’s air- or coil-sprung rear suspension. The fact that it also delivers Raptor performance is delicious icing on a sublime cake. 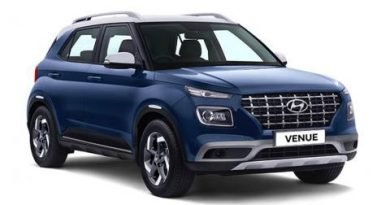 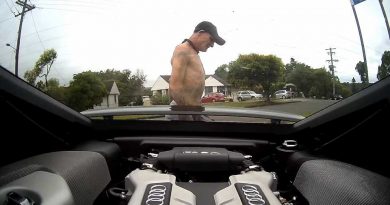 What the EPA’s New Emissions Standards Mean for Trucks