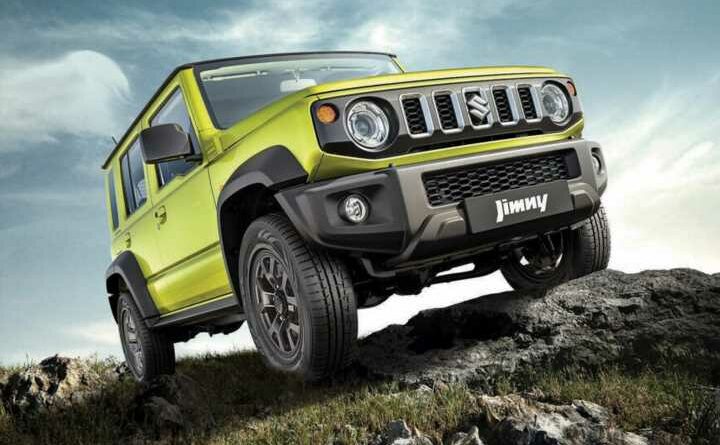 Many people can muster at least a little love for the wee Jimny. Even if the emotion isn’t strong enough to cause you to throw some cash into the commercial-styled variant Suzuki offers in the UK, its cheekiness and strong showing on a muddy track endow it with more than a little left-field appeal. In fact, you could argue that it’s never been more appealing. In a world of evermore amorphous offerings, with little more to pull than a bigger screen than your local IMAX and homogenised electric propulsion, the back-to-basics three-door Jimny is the perfect antidote.

Even the Jimny is becoming more complex now, though – but don’t worry. This added complexity involves nothing more onerous than two extra doors. This is the five-door Jimny, which has been launched at Delhi’s Auto Expo 2023 by Suzuki’s South Asian subsidiary, Maruti Suzuki India Limited. Sales will begin this year, but sadly the mood music seems to be limited to India, Africa and Latin America. That does lead to speculation, of course. Has it been engineered to meet the crash tests and emission regs that it would need to pass in order to go on sale in Europe and North America? Who knows.

Anyway, we can tell you that it’s been engineered with an extra 340mm in the wheelbase to accommodate those two rear doors. That brings the wheelbase up to 2,590mm and the overall length, including the tailgate-mounted spare wheel, to 3,985. Height and width remain the same at 1,702mm and 1,645mm respectively. The engine is also the same 1.5-litre four-cylinder, which in the UK-spec three-door model puts out 101hp and 95lb ft of torque – and with its kerbweight said to have increased to as much as 1,250kg (depending on spec), the performance is likely to seem even more sedate.

Of course, the Jimny has never been about straight-line speed; the point of the five-door variant is to make it a bit more appealing to anyone with people to put in the back. Or things. The reported 332 litres of load space now available with the rear seats lowered is not going to set any records – but it’s 85 litres more than is available to an early Jimny adopter in the UK (if a long way shy of the two-seat LCV version). Either way, you are probably never going to see one – unless you’re planning on becoming a Maruti Suzuki customer in the near future. Production in India is already said to have kicked off, with sales due to begin in May. 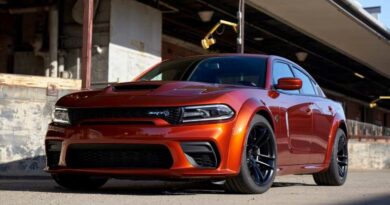 Ford Is Testing a Dodge Charger Hellcat, and the People Demand Answers