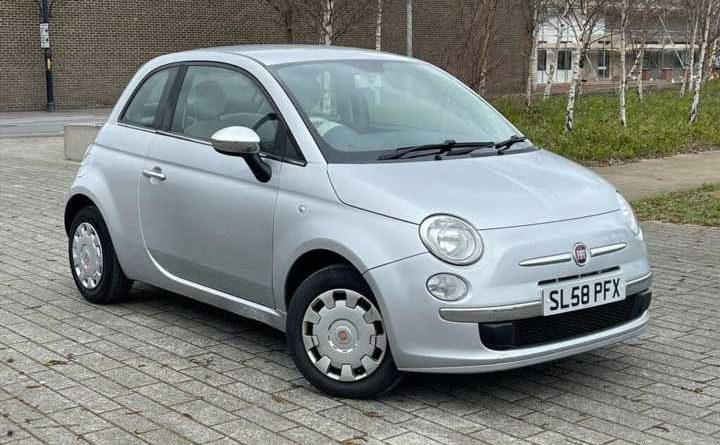 Fiat sold the 500 like hot cakes. One of them was bound to end up in Shed's tractor beam eventually…

What? Two Fiats in a row? It’s a bally outrage! Thing is, Shed always likes to give priority to SOTW debutants, which this 500 is, if only because it means he’s got something new to talk about. The only time a Fiat 500 has been mentioned in Shed of the Week up to now has been in regards to its bonnet’s suitability as a fight venue. For more info on that, if you’re really bored, go to this Fiat Coupe Shed from 2016.

It may come as a surprise to some of you to find these 500s languishing in the £1,500 or less bracket. Most of them tend to start at around £2,000, but the occasional one does come up in our price range. Seems weird when you remember how chi-chi and desirable they were after the immense and incredibly effective global launch programme in 2007. Mrs Shed was absolutely desperate to get one after that. She loved the pastel painted dash, retro switchgear and big standalone speedometer. Even now there’s nothing she likes more than the sight of some chunky knobs and a huge Speedo binnacle, but Shed couldn’t help her in that department as he’s more your small aftermarket speedo type.

Just like last week’s Seicento Sporting, the 500 ticks all of Fiat’s chocolate suspension boxes. The vast majority of the notes on the MOT history of our Shed (an early 2008 example) have been in this area, but it’s all been minor consumable stuff. The driver’s side sill does seem to have a bit of a wobble to it, but it doesn’t look bad. You’ve also got a ding on the nearside wheelarch with ‘fully loaded supermarket trolley’ written all over it.

Perhaps more worrying are the signs that routine maintenance may have been somewhat lacking in recent times. According to the MOTs, somebody managed to install a front brake pad incorrectly in 2019, which is quite scary, while last December the test garage had to add two litres of oil to the engine. Two litres. That’s three and a half pints in Queen’s English, more than enough in the world of ale to get Shed properly squiffy. There’s been no mention of oil leaks on the MOT history, but when 500s were a popular choice among driving instructors – a period that must surely have brought many new female drivers onto the roads – fleet managers noticed that some 1.2s did consume oil, while others used none. Often, any tendency to drink would show up quite early on in a 500’s life. We don’t know how long our poor little Shed had to manage with just 0.8 litres in its sump. Fortunately, these engines are known for being tolerant of low oil levels.

What can go wrong with one of these, though? A fair bit, to be honest. We’ve already mentioned suspension parts. Water pumps, radiators and coolant bottles leak, heater outlet pipes break on the thermostat housing, and coils conk. Rust attacks sumps, suspension tops, rear springs, rear axle beams, exhaust boxes and brake discs. Bleed nipples seize on the rear drum brakes and handbrake cables snap on a regular basis. Luckily that last one isn’t too time-consuming to sort out. The gear selector cable can pop off the gearbox. The wiring and release handle for the rear hatch can play up and the main door handle pivots break.

You might think that Fiat never expected its cars to be used in the rain as quite a few of the reported issues are to do with water getting in where it shouldn’t. Blocked drains can lead to fried ECUs and cars can fill up via dodgy door or hatch seals. Water even gets into the clutch master cylinder reservoir. Oddly flashing warning lights or flickering backlighting on that big speedo usually means it’s time for a new unit, which just goes to show that size isn’t everything. The Pop is the lowest spec 500 and doesn’t have air-con, which isn’t a bad thing as that can bring its own problems with the heater box and recirculation flap motor. Sometimes simple is best.

In 2014 Euro 6 regulations made the 1.2 engine so feeble it couldn’t actually get up certain hills. Not mega rural hills either, but city hills. Fiat’s first response was to deny there was an issue, saying that any failure to get up a hill was down to bad driving. Then Ben Collins aka The Stig failed to get one up a Bristol hill, at which point Fiat admitted that the software fitted to non-ESC Euro 6 cars might have messed things up a bit and that they were going to do an update on customer cars at the next service.

At least you won’t have that problem with this 2008 car. At £1,495 it looks pretty clean. Whether it’s still cool or not, well, that’s your call, as are any Mrs Shed jokes revolving around Bristol cities. 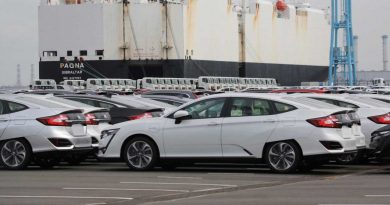 Japan Wants to Ban the Sale of Gasoline and Diesel Cars by Mid-2030s: Report 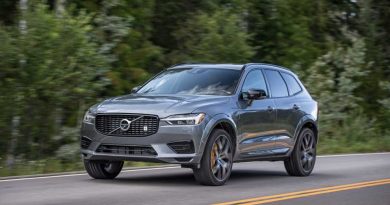 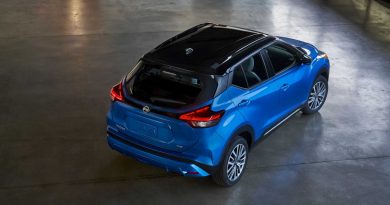 The 2021 Nissan Kicks Just Got a Lot More Techy