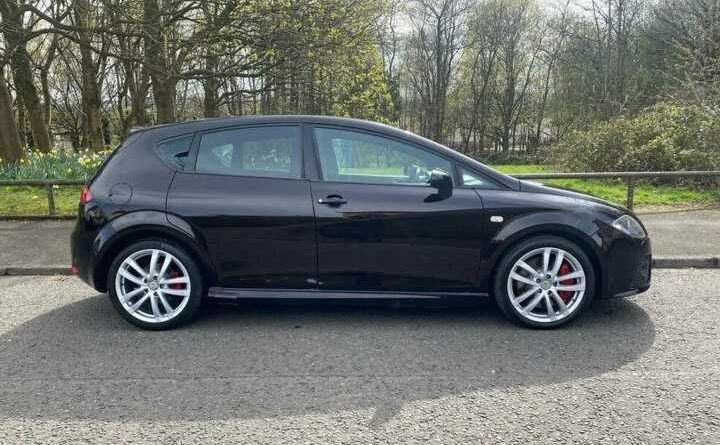 Watching the pennies ahead of a heat-or-eat winter? We got you…

Typically it’s the Mk5 Golf GTI which gets the bargain basement nod, and there’s good reason for that if you’ve got your sensible shoes on. But the Mk2 Cupra is based on the same PQ35 platform and comes with the punchier 240hp 2.0-litre TFSI, meaning 62mph in 6.4 seconds. Additionally, while the GTI might enjoy timeless status, it could easily be argued that the Seat styled version wears its five doors more pleasingly, making it a prime contender for a brisk family runaround. You also get fetching Cupra seats, unique 18-inch alloys and plenty of kit. This tidy example has done below-average miles and can be yours for a fiver under budget. Nifty. NC

It’s right and proper that hot hatches are the go-to segment for most bargain speed hunters. After all, doing fast for cheap is what the segment is all about. But it’s just possible that you might want to bring a bit of style to proceedings, in which case we urge you to buy British – and specifically from Jaguar, which tends to cater brilliantly for penny pinchers. Now, obviously buying a 24-year-old XK8 brings an element of risk with it – nevertheless, you also get a V8 and grand tourer for the ages. True, in this particular case you’ll have to make your peace with 115k and no supercharger, but that’s surely a small price to pay for such a modest outlay. NC

Maybe the VXR creed weren’t the most sophisticated things to drive, but they couldn’t be beaten on sheer bang-for-buck value. And nothing exemplifies that quite like a Vectra VXR. It was rampant, unruly, and capable of more than 160mph when new, for just £23,995. For 2007 it got even more power, the 2.8-litre turbo V6 boosted from 256hp to 280hp. Just before the Insignia arrived, the VXR was signing off the Vectra in an appropriately loutish fashion. All for just £25k. Now £4,000 buys one of those cars with as much power as a new Focus ST (or an Impreza 22B), and a decent one at that: full service history, unkerbed wheels, clean interior and dent-free (if swirly) black paintwork. The best bit? It’s debadged, so nobody will have a clue… MB

The Audi’s 4.2 is even more potent than the Jag’s V8, with 344hp and 302lb ft. With another ratio (six) in its automatic gearbox, this humble A4 saloon ought to be quicker off the mark as well: once upon a time it hit 62mph in less than six seconds. The S4 is perfect for this challenge, in fact, desirable largely to those who want the allure (and don’t mind the bills) of a great big V8. As an automatic, four-door S4, it’s a less desirable variant – premiums are certainly out there for manual wagons. It would probably be fair to say, too, that this era of S4 is not the most fondly remembered; the V8 is great and all, but it’s lost in the shadow of the contemporary RS4. And that car is great – it’ll still only do the same 155mph as this one that costs a quarter as much, though. MB

Anything with an STI badge these days commands silly money. Which is a shame because they had been the bastion of affordable lunacy. But all is not lost. If you can do without the pink badging and blue seats, there’s still an awful lot of fun to be had with a regular WRX at a third of the price. These Hawkeye cars came with a slightly beefier 2.5-litre boxer engine – the same unit you’ll find in the STI – though, naturally, power takes a slight dip to 227hp. Still, you get a proper all-wheel drive system, manual gears and a punchy 0-62mph time of 5.6 seconds. All for around £10,000 less than an STI. Not that many will notice, anyway, given its metallic blue paint scheme… CT

Yes, I’m well aware that this is widely considered the worst Civic Type R. But after some back-to-back driving with the FN2 and EP3 for our recent Civic Type R mega test, I’d have the FN2. It sounds nicer, the ride quality is better and the interior plastics don’t feel quite as Fisher Price as its predecessor. Besides, the bashing it’s received over the years means you can pick one up dirt cheap. Let’s face it, the 142,000-mile S4 is a terrifying prospect, while this Civic Type R is barely run in at 95,000 miles. And, best of all, you won’t need to re-mortgage your house in the unlikely event something goes wrong. Come on, this is a no-brainer – right? CT 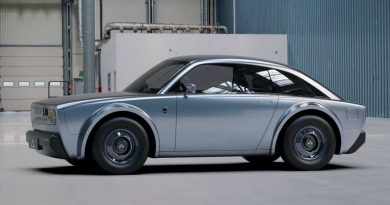 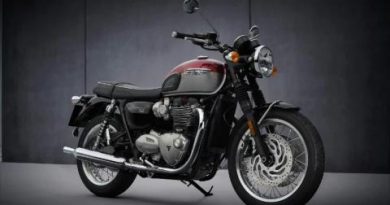