Home » News & Features » Electric car batteries: How concerned are you about replacement costs

I don’t think the batteries under mainstream EVs will have the quality (and thus, durability) of Tesla batteries. But I remain concerned about the life of EV batteries. Let’s please not keep Tesla as a benchmark because Tesla competes at the higher end of the market, and that premium pricing gives it the freedom to choose the best-of-the-best batteries. Not only does Tesla have a close relationship with Panasonic, but there are also its gigafactories. Let’s also not overlook Tesla’s expertise & experience in EVs; they are fanatical about battery health.

I don’t think the batteries under mainstream EVs will have the quality (and thus, durability) of Tesla batteries. IMHO, a lot of long-term EV owners are going to be in for a rude shock.

Of course, the point to note is that, as production increases, the price of batteries will go down.

Here’s what BHPian shortbread had to say about the matter:

Before we discuss the battery-related arguments, I would like to flag the unconscious bias towards EVs vis a vis ICE cars.

The most important word we cannot ignore is ‘Progression’.

Here’s what BHPian Jeroen had to say about the matter:

From what we see today EV batteries are lasting way beyond the 8-year mark already. Also, when do you want / need to replace a battery. Just because it doesn’t hold as much charge as originally, when do you change it out.

As battery technology improves, the battery life will improve. E.g. a battery that gives you a new 300 km range, might still be acceptable at a 200 km range, which is only 66%. A battery with a new 500 km range at 66% efficiency still gives you 330 km.

The 8 year mentioned is what EV manufacturers currently use as a warranty.

That doesn’t mean it stops working after eight years! Those EVs will run for years after those 8 years.

Most current batteries are likely to last anywhere up to 10-20 years easily!

Have a look at this article which also makes some predictions on how much more the price of batteries is coming down.

We are likely to buy our first EV in the next 4-5 years. By then I doubt this is an issue at all. And it probably isn’t a real issue currently on most cars.

I think the biggest problem with new technology is we all worry way too much. And we tend to get stuck in rethinking and arguing around the initial shortfalls and problems. We should keep up with the current state of affairs and look beyond it as well. Then all old initial problems and challenges will disappear.

I can’t think of any new technology ten years after mass adoption that has any real concerns left!

Here’s what BHPian ninjatalli had to say about the matter:

I kept the car for 8 years. Around the 6th-7th year mark, post extended warranty period, the injectors went kaput. Had to plunk 1L extra for that. More expenses for other maintenance issues that came up but you get the draft. Could have stuck to ‘safer’ options of Maruti (SX4) and Hyundai (Verna) which offered a decent option but nowhere close to what the Germans were offering.

Here’s what BHPian cool_dube had to say about the matter:

My Nexon EV comes with a battery warranty of 8 years, which is a LONG period of time in today’s uncertain world. Why lose sleep on something that far ahead in time?

It is not that the battery is just going to die the very next day after completing 8 years. Sure, it will lose some capacity leading to some loss in range, which would certainly not render the car unusable.

With the pace at which EV tech is progressing, I am sure I will have a plethora of inexpensive, hassle-free, and high-quality options to replace my Nexon’s battery when the need arises (minimum of 8 years). 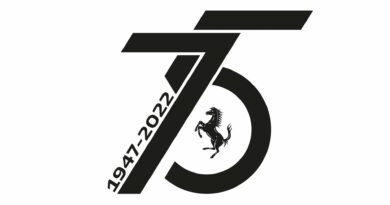 Ferrari Shows Off New Logo to Celebrate 75th Anniversary in 2022 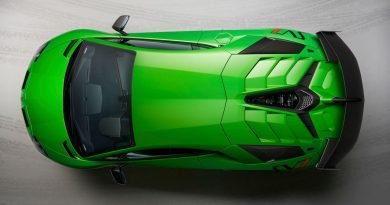