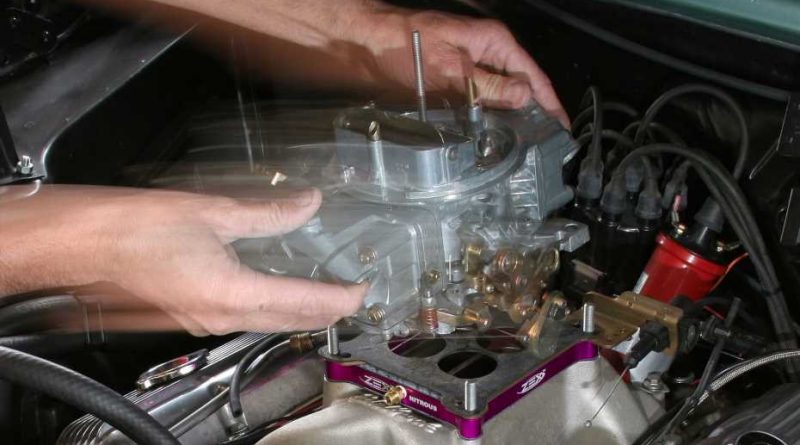 If done right, nitrous is an affordable and easy way to add a lot of performance to your street car.

The quest for more horsepower is a frustrating one. It seems like no matter how much we get we just end up wanting even more. This desire to have our engines push out more power generally leads to bigger cams, higher-flowing heads, and a host of other performance upgrades. The only problem is that this extra power comes at a cost. Maybe it’s terrible gas mileage or a cam that’s so radical that the car becomes a pain to deal with on the street or maybe it just costs more money than you want to spend. Enter nitrous oxide: that magical combination of atoms that lets the user run a relatively mild engine and still put down some serious power with the flip of a switch or two.

Related: Everything You Need to Know About Nitrous!

Nitrous oxide (also known as dinitrogen monoxide or dinitrogen oxide in nerd speak) works by introducing extra oxygen into the intake charge, which, in turn, allows for a greater amount of fuel to be added and converted into energy. This can greatly increase the power produced by the engine. Another benefit is, since nitrous oxide is stored as a liquid, the evaporation of it in the intake manifold helps drop the intake charge temperature. This cooling causes a denser charge and can increase power output, as well as reduce the chance of detonation.

But, like everything in life that sounds perfect, there’s a cost involved. That cost is vigilance. When using nitrous you have to be very careful with bottle pressure, fuel pressure, timing, and a host of other things. If all is set-up right, then it’s a beautiful thing, if not then disaster looms on the horizon. Nitrous isn’t for lazy people that like short cuts.

We wanted to see how a basic nitrous system could up the power on an average engine. Our test mule was Scott Miller’s 1966 Nova with a mild 350 small-block engine. For a system we chose to try out ZEX’s perimeter plate nitrous kit. The engine has a dual-plane intake which can be problematic when using a spray-bar-type nitrous plate, but with the perimeter plate the nitrous and fuel is discharged around the outer edge which helps evenly distribute everything.

This kit from ZEX (PN 82040) includes everything needed for a basic nitrous install. It included the bottle, valve, longer carb suds, braided lines, solenoids, brackets, gaskets, switches, wire, perimeter plate, and enough hardware to get it all working.

What is a perimeter nitrous plate?

The heart of the ZEX system is this trick perimeter plate. It fits any square-flange, 4150 style, carburetor equipped engine and is quite a bit different from tradition “spray bar” type plates. Arranged around the perimeter of the plate are 12 injection points. This provides a more even distribution of nitrous oxide and fuel to the engine resulting in more power. Also, since the chilled nitrous travels through the plate, it drops overall charge temperatures during use. ZEX calls this Cryo-Sync technology and feels it can really help increase power output by cooling the carburetor and intake manifold while you spray resulting in a denser charge. The plate is tunable for a 100 to 300 hp shot of nitrous.

Do I need a bottle warmer for my nitrous kit?

Two items that can really help you get the most out your nitrous system is a bottle heater and a purge kit. The heater (PN 82006) helps increase bottle pressure and keep it in the optimal range of 900 to 1,000 psi. The purge kit (PN 82010) makes it easier to clear unwanted vapor out of your system before use so that you’re delivering pure, cool, nitrous when the system is engaged.

This is our starting point for the nitrous install: a very typical 350 small-block Chevy engine. It has a stock rotating assembly, Keith Black Hypereutectic pistons, 10:1 compression, a Edelbrock Performer dual-plane intake, mild cam, and a Holley 750 carb.

We removed the carb then installed the ZEX plate using the supplied gaskets. According to ZEX, this nitrous system is ideal for a dual plane intake, like the one on our Nova’s engine, since it supplies nitrous and fuel more evenly than a spray-bar type system.

Our car had a kick-down plate between the carb and the intake manifold. This plate was reinstalled above the ZEX plate so as not to interfere with the spray pattern. This did mean we had to reuse one of the original gaskets.

Next up, we mounted the fuel and nitrous solenoids to the supplied brackets and attached them to the carb studs. We then installed the jets. Even though the ZEX plate is a fundamentally different design from other systems, changing the jets is done the same way. To begin with, we set-up the plate for a 100 shot per chart supplied by ZEX.

We mounted the activation switch to the bracket and set it up so the system would only trigger at wide-open throttle. It took some work to get the switch in just the right spot, but the bracket is designed to be easily bent to the right position.

Finding a good spot to mount the nitrous purge solenoid was sort of a pain. It needed to be in a spot away from heat and close enough to the cowl area were we wanted the purge hard line to exit. In this location we only had to drill one tiny hole in the rear cowl panel. The two wires from the purge solenoid were then run into the interior of the car so they could be wired into the supplied momentary switch and a 12v power source. The purge line exited the car where the windshield washer nozzle would have ran.

We then moved to the trunk to mount the bottle. The easiest way was to put the brackets on the bottle, set it in place and mark the holes. You will also need a hole for the nitrous line to exit the trunk as well as a hole for the wires that feed the bottle heater.

Here’s the installed nitrous assembly. The heater has built in thermostats to help maintain optimum bottle pressure. All the electrical components, such as the relay, are molded into the heater. The bottle heater wires were run under the car then up into the interior so they could be attached to the supplied switch. The nitrous line runs under the car to the front of the engine bay. It was nice that ZEX included more than enough wire and braided line to route the system on our Nova. If you wire the so the heater will work with the ignition off then you need to be careful that you don’t forget and leave it on. Best case is that it would kill your battery and the worst case would be that it would overheat the bottle causing a spectacular failure.

After getting the system installed we realized that we didn’t have a nitrous pressure gauge anywhere in our system. We ran down to our local speed shop and picked a ZEX gauge (PN 82005). Since bottle pressure is so critical to the successful use of nitrous, we didn’t consider this an option. Get a gauge of some sort.

Inside the car we followed the detailed wiring instructions supplied by ZEX and did all the electrical connections. The Nova’s owner, Scott Miller, owns a sign shop so we were able to fab this switch panel out of a scrap piece of aluminum and add some labels. For the reasons mentioned above we wired the heater so it would only work with the ignition on.

Originally, we had the two ZEX solenoids mounted to the carburetor, but found they interfered with the air cleaner. After some trial-and-error we discovered that mounting them to the valve covers as shown was perfect.

The wires from the solenoids were then wired into the system as show in the illustration.

Here’s the engine after install. Scott decided to finally ditch the old points-style distributor and drop in an MSD unit along with some new plug wires. With the system installed and tuned, it was time to hit the dyno and see what kind of power gains we would get at the rear wheels.

Since Scott plans on doing a few upgrades to the engine down the line, he decided to go a few extra steps in regards to his nitrous install. This way he will be able to safely run larger shots down the line. These modifications are nice, but are not required for your typical 100-150 shot, provided that your fuel system is up to the task.

This sump, from Competition Engineering (from Summit Racing), was added to a new factory tank and allows for two separate fuel lines. The first line goes to the mechanical fuel pump for normal driving. The second line goes to a Holley Blue electric fuel pump (Summit Racing and includes the regulator) that comes on when the nitrous system is armed. This pump directly feeds the ZEX fuel solenoid to help ensure that the proper fuel pressure of 6 psi is maintained. The worse thing for a nitrous system, and your engine, is a lean condition during a run.

In the engine bay there’s a dedicated adjustable fuel regulator, fuel pressure gauge ($19.95) and safety switch ($38). The safety switch will de-activate the nitrous system if the fuel pressure drops below a safe level. It’s cheap insurance in case something goes wonky.

How much power is nitrous worth?

We decided to test out the system on a local Mustang Dyno that was available. The plan was to make a couple base pulls and then to try pulls with the 100 and 150 hp jets installed. The Nova was running 91-octane gas and, at 10:1 compression, even the 150 shot would be pushing it a bit. The base runs (211 hp and 230 lb-ft torque) were done at 38 degrees of timing. For the nitrous runs, Scott retarded the timing 4 degrees for the 100 shot and an additional 2 degrees for the 150 shot. We ended up picking up 59 hp and 85 lb-ft of torque with the 100 shot. This was a noticeable gain in power on such a mild engine. It was when we moved up to the 150 hp jets that we really had a huge bump in the numbers. The best run was a gain of 93 rear-wheel horsepower and a stunning 164 lb-ft of torque (304 rwhp and 394 rwtq). That’s a gain of over 70 percent in rear wheel torque! On the last run we did pick up a tiny bit of detonation, so Scott will bump up the octane a bit with some racing gas when he hits the track if he’s running the 150 shot. 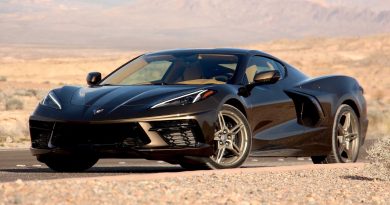 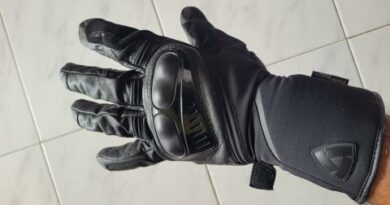 China Says It Has ‘Too Many’ EV Companies