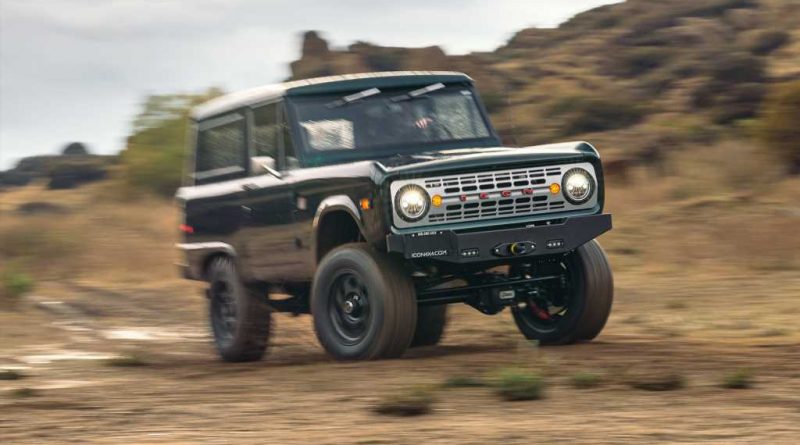 It’s the wheels and tires that really give it away. Even the casual car fan will recognize they’re not even close to original. Serious car fans will notice a bunch of other tells, like the modern LED headlights, the blocky painted steel bumpers, and the “Icon” badging in place of the iconic Ford lettering and Bronco badge on the grille and fenders. It takes a serious Ford Bronco fan to notice the front turn signals are the wrong shape, the spare tire is on the wrong side, and all the chrome is gone.

Spotting all of Icon CEO and chief designer Jonathan Ward’s changes is half the fun of an Icon vehicle. Even when he isn’t trying to be particularly subtle, his style tends toward enhancing the original design, not throwing it out.

When it comes to the Icon BR series of classic Ford Broncos, though, you’ve got options. The rig you see here is a 1969 Icon BR Ford Bronco New School, and it’s the way Ward has been doing them from the start. Because some customers wanted a more subtle, more original look but the same world-class craftsmanship, there’s also the Old School series that’s much harder to spot as a custom. Most of the tells I listed above don’t apply.

Either way your taste takes you, there’s no shortage of the trademark Icon upgrades. Under the hood is a 460-hp Ford Coyote 5.0-liter V-8 and your choice of a five-speed manual or four-speed automatic. From there, a twin-stick Atlas II transfer case and Currie axles based on the Dana 44 front and 60 rear handle the twist. Controlling the axles are Fox shocks with coilover springs and adjustable anti-roll bars. All of that is bolted to an Art Morrison chassis and topped by your choice of body style, be it full-roof hard top, full-roof soft top, half-cab pickup, or a Roadster with no doors and only a bikini soft top. Each body is stripped bare and repainted with a marine-grade primer the body shop hates for how hard it is to sand, then painted any color you want. Ward strongly discourages modern flat paint finishes on Old School Broncos, but for a New School like this one, go nuts.

Not just with the paint, either. Go nuts. Ward builds his Broncos to be used like Broncos. Those Currie axles are loaded with ARB air-locking differentials for serious crawling—if you’re willing to risk the paint job. Those are 33-inch BFGoodrich KO2s on the Icon billet aluminum wheels, and that’s a proper Warn 9.5 Ti winch integrated into the front bumper. The Atlas transfer case is good for an 87:1 crawl ratio in low gear, better than a Jeep Wrangler Rubicon. These things aren’t made to be trailer queens.

They don’t drive like old trucks, either. Even with this New School Bronco’s anti-roll bars in their softest setting for better off-road ride and articulation, this thing drives as well as a brand-new Wrangler. Around here, off-road parks tend to be in the mountains, and cruising out the winding roads to get there was actually fun in its own right. Despite the soft setup, the body doesn’t lean nearly as much as you’d expect looking at it. All the leaning it does is measured and well controlled, making the Bronco feel confident and sure-footed on the road.

Not tipping over in the first sharp bend is only one part of the equation. Big Brembo disc brakes front and rear take orders from a Wilwood dual-circuit master cylinder that provides excellent pedal feel and immediate engagement. Nothing puts a driver’s mind at ease—especially in an old truck—like good brakes, and these are great brakes.

You want great brakes when your rig has, at minimum, more than double the original horsepower. The vintage 220-hp 302-cubic-inch (4.9-liter) Windsor V-8 this particular truck came from the factory with was no doubt a massive improvement over the standard 105-hp 170-cubic-inch (2.8-liter) I-6 and more than enough for the original chassis, but damn if the 460 hp provided by the modern Coyote V-8 doesn’t feel just right today. It feels like this engine and this truck were designed for each other—it matches up that well. It has plenty of power for showing off, ripping onto the freeway, and passing slowpokes. Plenty to put a smile on your face, but not so much the truck feels overpowered and unwieldy.

That power is accompanied by the ideal soundtrack, an unmistakable Ford V-8 rumble that eschews the Mustang’s scream at high rpm for a mellower sound befitting a truck. This truck having a manual, you get to decide how much you want to hear of any particular rpm range, and you’ll want to. The shifter is ridiculously long and mounted up close to the dash, as befits an old truck. The throws are inevitably long, but the action is surprisingly precise and the gears easy to find. Even with my short legs, comfortably reaching all the odd-numbered gears requires sitting up on the pedals and steering wheel, just like in an old truck, but one that’s more satisfying to drive than a modern manual transmission Wrangler.

Although the shifter looks the part, it’s a lot easier to spot the Icon parts inside the Bronco than out. The steel center console looks too modern to be original, and a peek under the lid reveals the touchscreen navigation and entertainment system. The steering wheel is an Icon piece, but it looks like it could be a vintage aftermarket part if not for the Icon lizard mascot in the center of the horn button. Similarly, the machined billet knobs on the dash that control the wipers, fan, headlights, and temperature look like they could be vintage, but they aren’t. Same for the stainless steel trim pieces. The marine-grade Chilewich carpeting and seat covers are cut and trimmed in ways such things weren’t done in the ’60s, but the real giveaway is the gauges. Although they’re fitted in the same hard-to-see spot as the originals (to the left of the steering column), they’re obviously modern.

All those pieces are great, but as always, it’s the little touches that make an Icon. The grille, the subtle trim rings around the taillights, the exterior door handles, door mirrors, and interior window cranks are machined from solid aluminum. It’s a ridiculous amount of over-engineering, but boy, do they feel substantial in your hands. What’s more, the windows are electric. The cranks actually only move an inch and actuate hidden switches. Double-tap the driver’s window crank to control the passenger’s window.

Then there are the bits borrowed from the similarly over-engineered world of aviation. The sun visors are built of sturdier stuff than any you’ve ever seen in an automobile because they were designed for jets. The little spotlights that protrude from either end of the dash came from a Russian MiG fighter jet.

As always, parts and craftsmanship of this caliber don’t come cheap or anything close to it. A full hardtop like this starts at a cool $207,000, and this particular one came in at $260,000 all said and done. As with any Icon build, though, the sky’s the limit if you want to customize. Just get your order in now, because there’s currently a multi-year wait on new builds. Not many can afford them, but among those who can, these things are popular, and it’s easy to see why. At least selling my house would actually buy me one of these, unlike Ward’s even more impressive Derelict models.

READ MORE
Driving Icon’s 1949 Hudson Commodore Derelict: It Will Eat Your Mind for Breakfast
Ford Working on More Spin-Offs After Success of Mustang and Bronco Sub-Brands
Icon’s Old/New 1970 Ford Pickup Packs a Coyote V-8 and So Much More 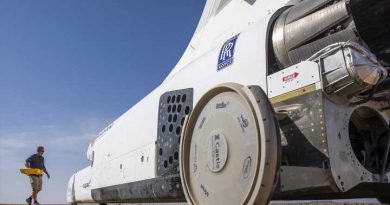 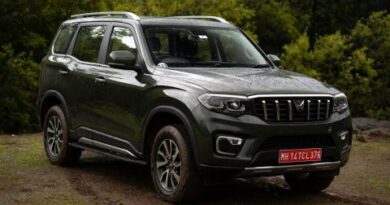 Need advice: Booked Scorpio-N but now have thoughts to get the XUV700 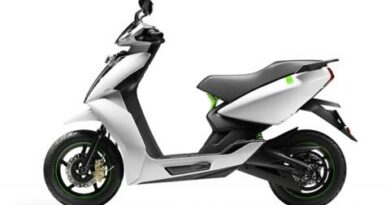