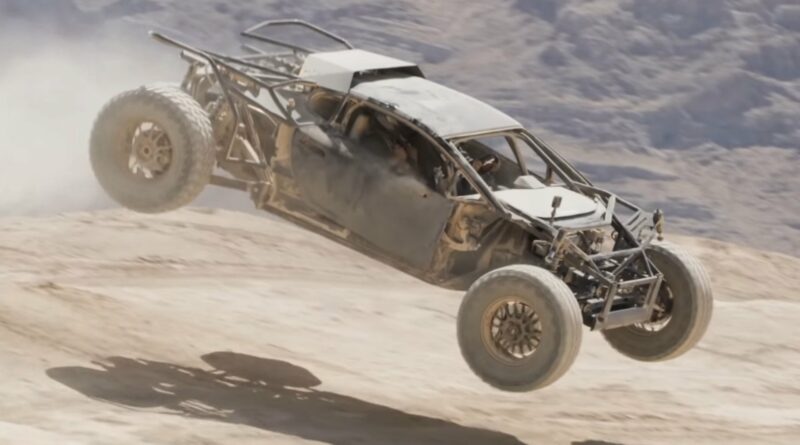 Safari builds are the latest soon-to-be-played-out trend in the automotive world, but some are a lot cooler than others. Adding some shovels, extra lights and all-terrain tires to a Porsche 911 is one thing, but turning a Lamborghini Huracan shell into a legit desert racer is another. That’s what the YouTubers at B is for Build
set out to do months ago, and the channel has finally shown it testing in the desert.

The caged-up, LS-swapped Lambo is shown drifting around the sand and going off a few shallow jumps, but one jump in particular—captured in the lead image—showed the creation still needs dialing in. The landing was so hard, in fact, that the passenger suffered a back injury. 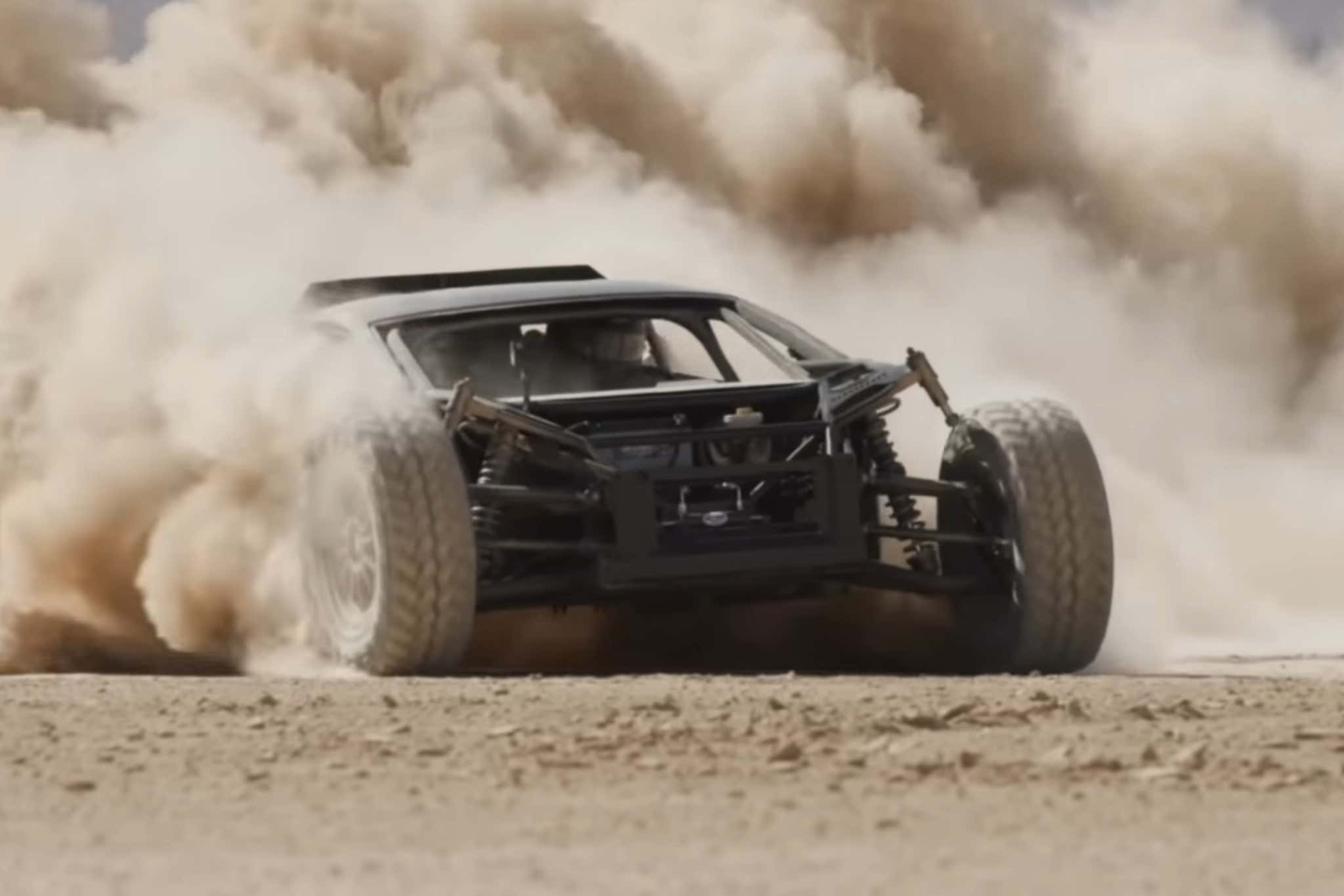 Oscar, who happens to be one of the channel’s co-hosts, is expected to make a full recovery, but it was a scary moment. As the channel’s host Chris Steinbacher says, those sorts of injuries can stay with you for the rest of your life, so it’s relieving knowing he’ll be alright. To ensure those sorts of hard landings don’t happen in the future, the car is going to need at least one change, as well as a few others to make sure the so-called “Jumpacan” will be able to perform in the desert for future events.

First off, let’s actually see what went wrong. If you watch the clip below, you can see the suspension is a bit too soft and the car’s ride height is too low. It compresses too far when the car comes down to land, with parts of the chassis clearly smacking the ground.

“That leads us to what’s next on the Jumpacan, which is basically a full re-working of the suspension,” Steinbacher says. He continues to explain that stiffer springs are necessary, as is a higher ride height and re-valved shocks. Clearly, the dampers aren’t doing their jobs as well as they could be in the video, seeing as the suspension almost completely collapses during the hard landing.

The lighter note of all this is that the car does look great and function well, for the most part. It had no trouble drifting around the desert and going off shallower jumps before it reached its limits. That’s not to say the actual structure of the vehicle is in any danger, though. The wrecked Huracan chassis has been thoroughly reinforced by a custom cage and body structure made by SE Motors in California. Once what was left of the Huracan was scanned into a computer, all of the custom parts were designed and sent to Steinbacher for assembly.

Unfortunately, the shell didn’t come with the 5.2-liter, 610-horsepower V10 typically found in Huracans. Installed in its stead is a Chevy LS V8 paired with a six-speed manual transaxle taken from a Lamborghini Gallardo. Even without a V10, it’s a potent combination, a point demonstrated further with extra footage below from The Mint 400 YouTube channel.

B is for Build has performed other off-road conversions before, and they informed this build. A custom C5 Corvette meant for the dirt was assembled by Steinbacher and his crew back in 2018, but issues with chassis strength prevented the car from reaching its full potential. Steinbacher thinks that the mid-engine nature of the Lambo makes it more suitable for jumping, a theory that seems to be holding up so far.

The Corvette build is being completely replaced by this Huracan, but in any case, let’s hope the suspension gets all fixed up so there are plenty of safe jumps to come. It’ll be exciting to finally see this thing at full tilt when it eventually races in The Mint 400. 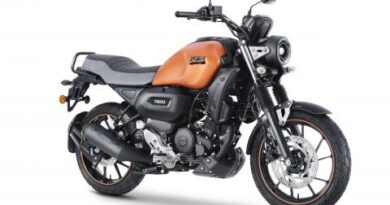 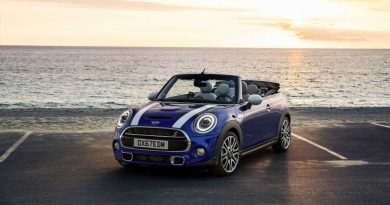 The Mini Cooper Convertible Won’t Be Around Much Longer: Report 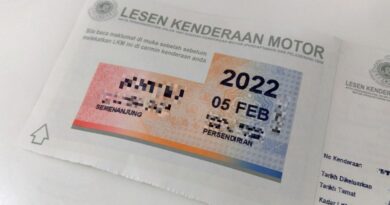