Home » News & Features » Dallas Woman On the Hunt for Auto Theft Ring That Stole Her Corvettes, 11 Other Cars 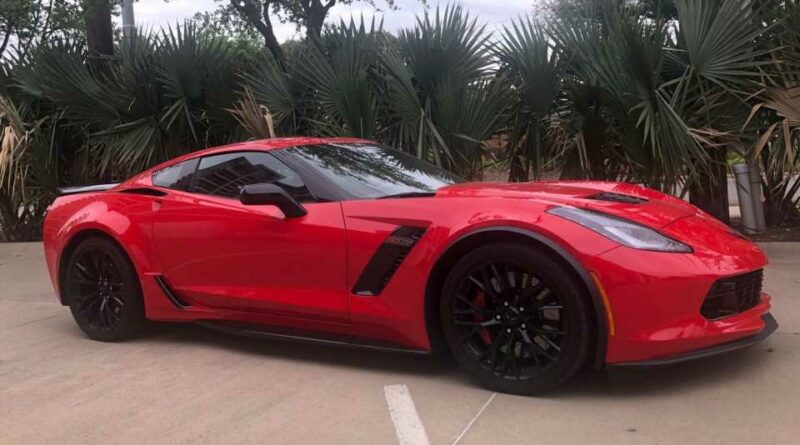 In the movies, car theft is made to look glamorous. Nobody feels sorry for the owners of the vehicles in Gone in 60 Seconds as Memphis deftly whisks them away to pay the ransom for his brother. In real life, however, it’s terrible to be the one whose car is stolen. Having two of them pilfered in 90 days is beyond reason.

That very scenario presented itself to Dallas resident Melissa Anderson this year; her 2018 Corvette Z06 was stolen from her apartment garage and only a few weeks after she bought an almost-exact replacement, that one was taken as well. With dogged determination and investigative skills, Anderson has uncovered an auto theft ring that has left her apartment garage empty of the luxury cars that were once there, and she is on the hunt for the thieves. 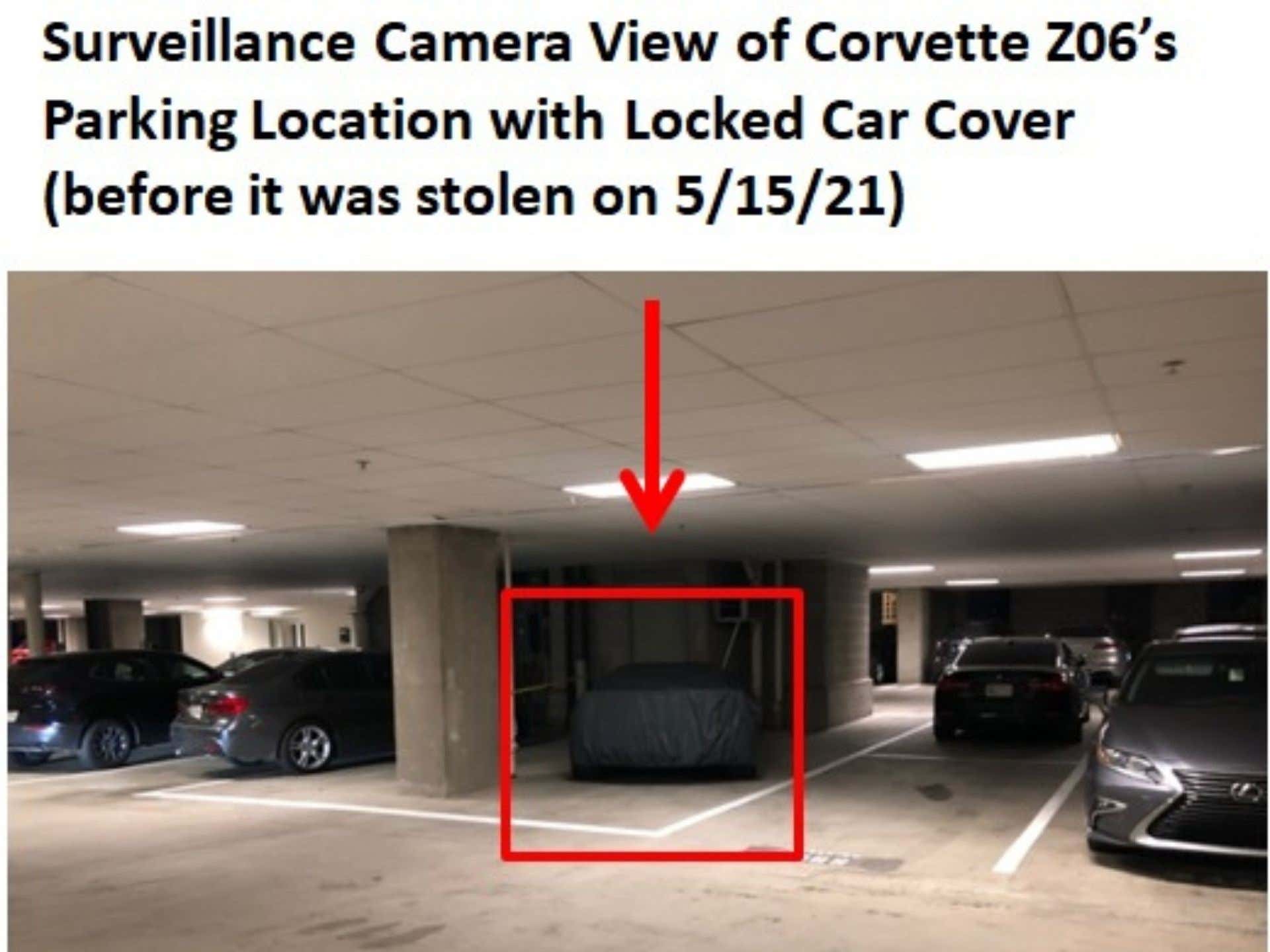 If you’ve ever been the victim of any kind of theft, you know that you’re left feeling violated and vulnerable. The summer after I graduated from college, someone waltzed into my apartment and stole my stereo system; a few years later, another robber smashed my car window and stole my CD collection. It’s incredibly frustrating.

Anderson caught the car bug when she was nine. Her dad was taking her to the library when a “red beast blew by us,” she says.

“My dad was driving a Buick and I’m pretty sure it had wood paneling,” Anderson told me. “He said, ‘I don’t know, I think it was a Ferrari.’ I asked him how to spell it and wrote it down in my coloring book and when I got to the library, I said to the librarian ‘I want a book about this.’” 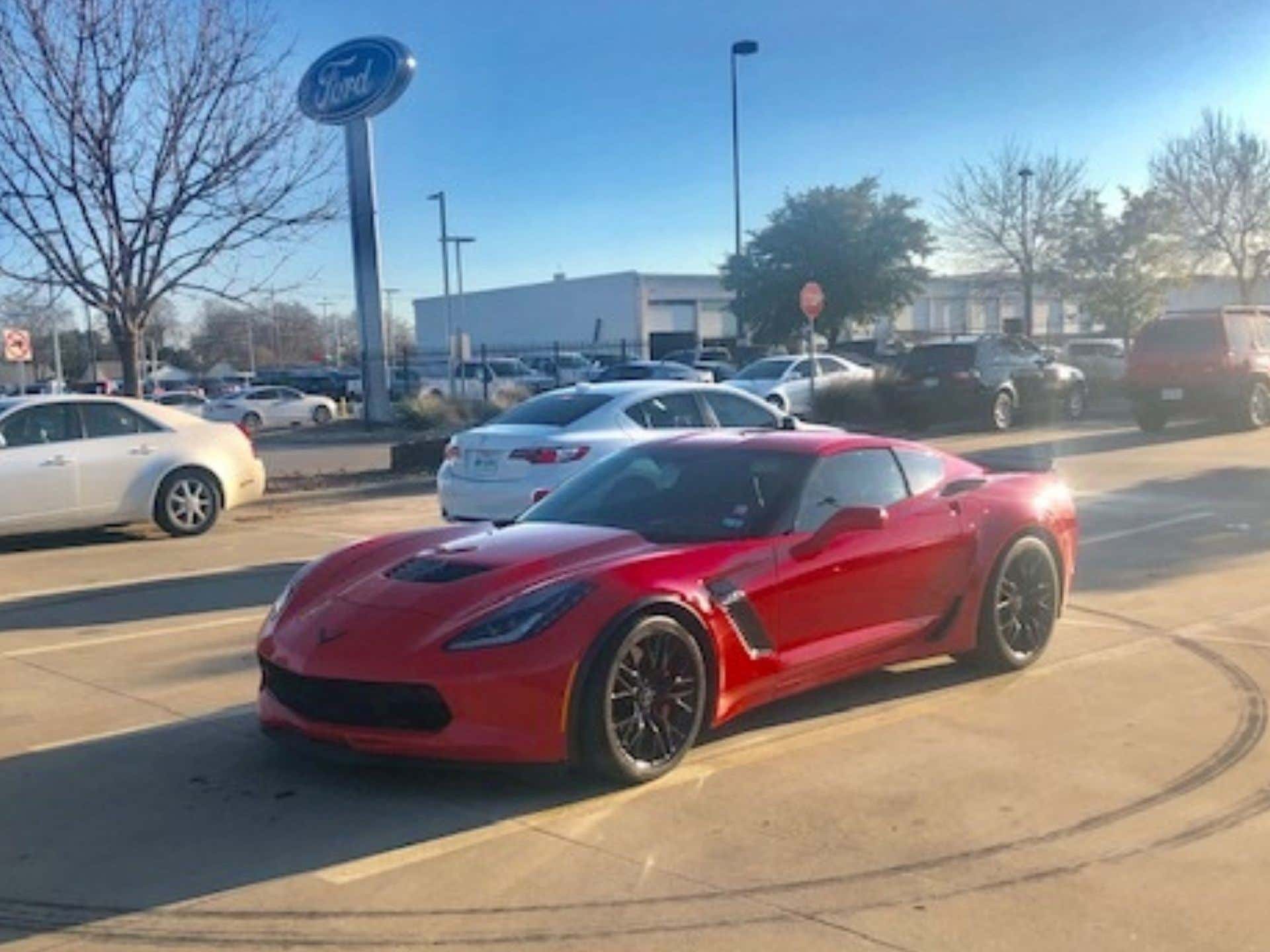 Anderson’s first Corvette, stolen in February of this year.

Anderson says she has never owned an automatic car in her life and she has never owned a car with a back seat. Her first sports car was a Dodge Daytona she bought with her own money, and as she worked her way up in her career, she saved money to buy the 2018 Corvette Z06. It was exactly what she wanted.

As first reported by the Dallas Morning News, the first theft took place at her apartment in the Amli Design District near Stemmons Freeway in Dallas. Anderson scoped out the garage situation carefully, choosing a well-lit parking space near the elevator so she can keep an eye on it. And so, ostensibly, could the building’s security team.

“A guy with a McLaren parked adjacent to me, and a Lamborghini, Ferrari, and Bentley were parked nearby. I figured of all of these cars, mine would be the least likely to be stolen anyway,” she says. 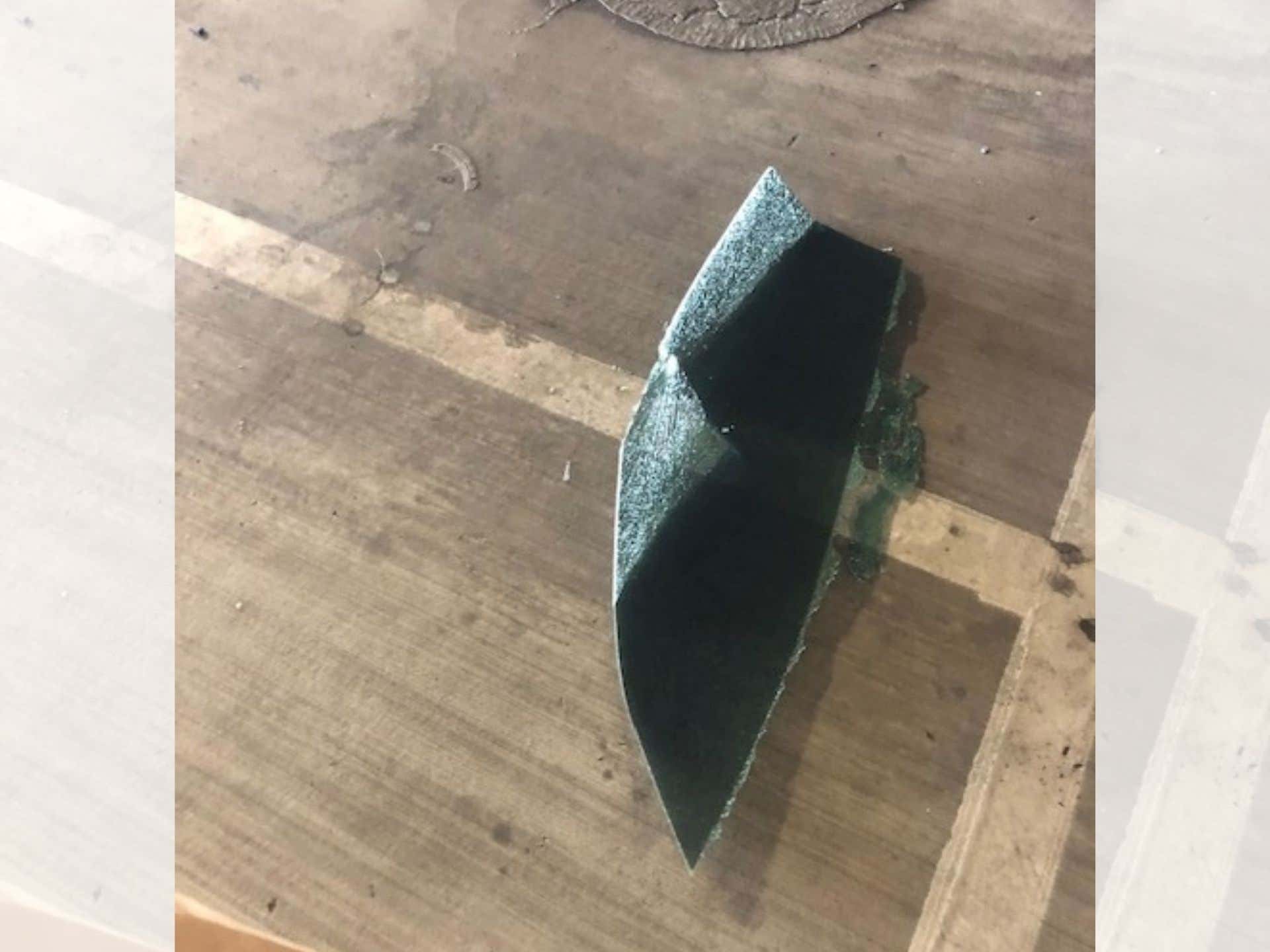 Evidence from the crime scene

Anderson last saw her car on Wednesday, February 17 during the wild Texas snowstorm and subsequent power outage. She went down to the garage to make sure it would start and idled it for 30 minutes to warm it up. She discovered it was stolen that Saturday when she went back for it; the thieves had cut through the driver’s side window completely in order to steal it.

What followed was a nightmare that consumed a lot of Anderson’s time, between police reports, insurance adjustors, and tracking down clues herself.

“I’ve never gotten even a speeding ticket or made a claim on my insurance. The insurance adjustor treated me like a criminal; it took two months to get paid,” Anderson laments.

After that, it took her two months of scouring the internet and every source she could find to get a replacement for her $90,000 ‘Vette. Finally, she found it and parked it in the garage on April 22. But this time, she was ready with a thick car cover that was difficult to cut, secured with braided wire and not one but two Master locks. A friend was going to install a kill switch and LoJack for her, but it was going to take a few weeks to get it done; Anderson had learned from the first theft that the OnStar system was ripped out immediately, rending it difficult to track the vehicle. 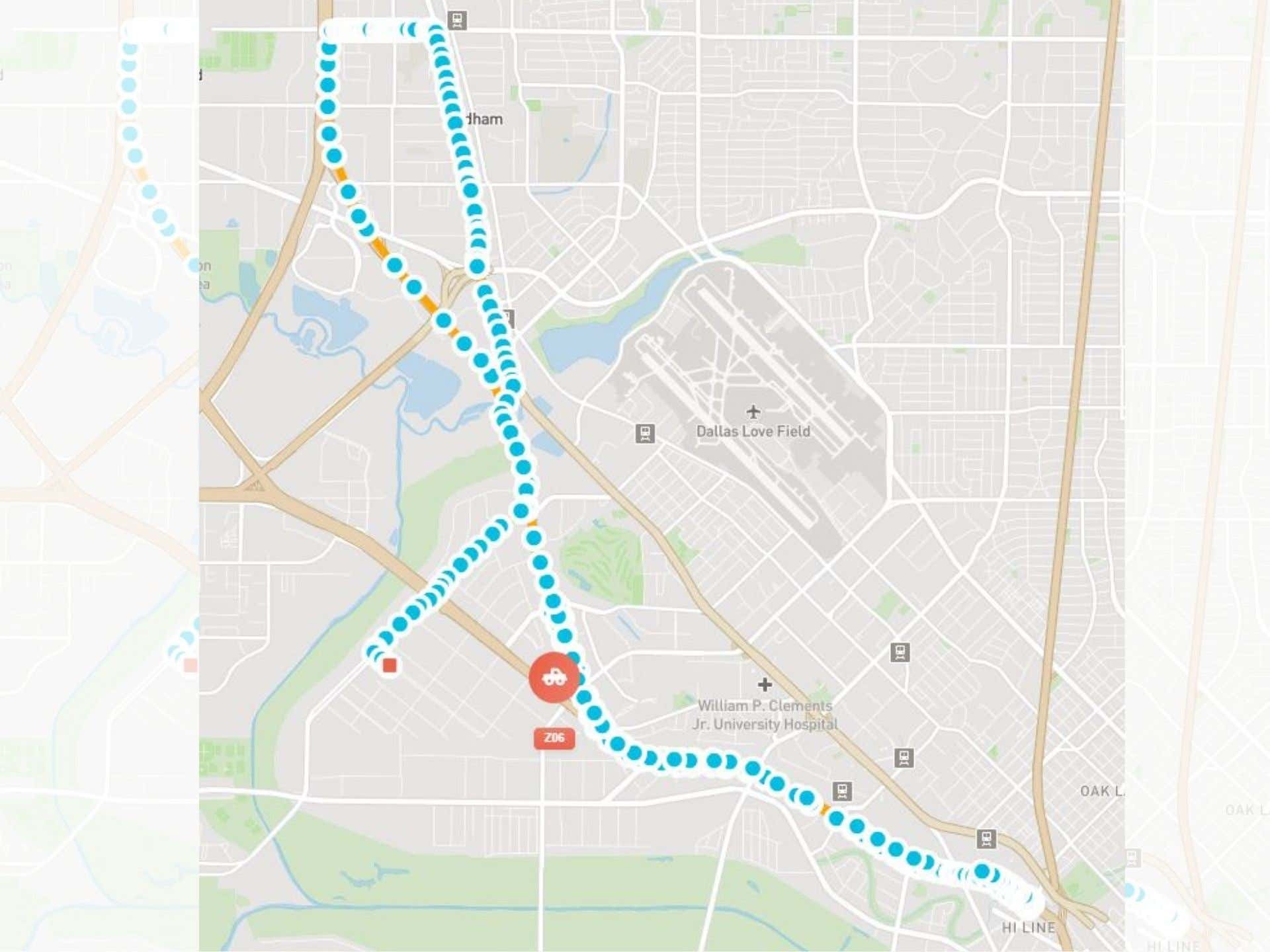 Anderson tracked the car with remote GPS until the thieves disabled it.

Once again, Anderson looked for a smart parking space. As she was driving through the garage, she noticed that all of the luxury cars that had been there before were gone. But she didn’t have any place to go; she was in a lease and couldn’t move out yet.

“Before my second car arrived, I noticed there was a tow truck that had no branding or badging or even a license plate on it in the garage,” she says. “A guy was hanging around by the gate into the third floor and I realized that’s how they did it and I started recording. The guy ran away as soon as he saw me recording him. That’s when I figured out they broke my window and put my car into neutral and towed it out.”

Not three weeks later, on May 15, Anderson got a call after 3 a.m. from the concierge, who had observed two men driving it out of the garage. Apparently, they programmed a key this time to steal it. Devastated, Anderson started searching DallasPolice.Net and was looking for her police report from the first theft. She selected a date range and was shocked to discover how many cars had been stolen: 11 since January 5, not including burglaries. She alerted the police that these were being reported as individual thefts, when in fact they could all be tied together.

Now she is launching an investigation. In the meantime, Anderson is moving soon and doesn’t know what she’s going to do next. But she does know one thing: she wants these criminals caught.

If you have tips on this theft, please contact Dallas Police Department’s Auto Theft unit at 214-671-3535. 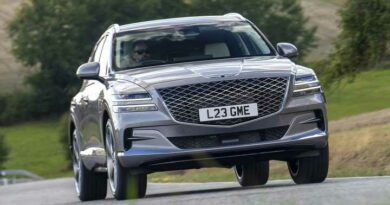 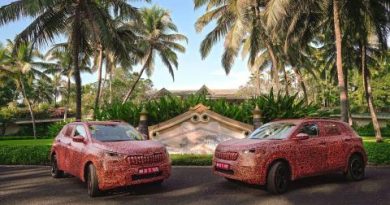 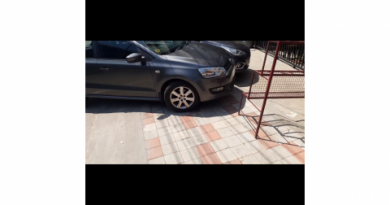 Parking on footpaths in Bangalore – Here’s what I did