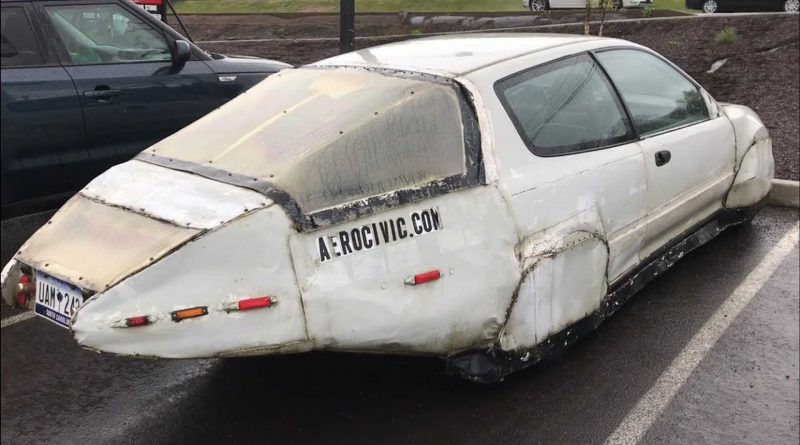 It was spotted in Pennsylvania looking functional if a bit run down.

Do not attempt to adjust your screen. What you see here is neither a small submarine, nor is it a janky airplane without wings. In fact, it’s a 1992 Honda Civic with just a few modifications, and while it may not look the greatest, it gets 100 miles per gallon and can still reach 140 mph. Wait, what?

Say hello to the Aerocivic, which garnered its name for obvious reasons. If you’re a resident of the Middle Atlantic states you may have even seen this contraption hustling along the highway, though YouTuber Jay Drone caught it parked in Hazelton, Pennsylvania. We don’t know how many miles it’s done, but thanks to the peeling letters on the side advertising aerocivic.com, we learn that this plucky Honda had an engine swap back in 2009 when no less than 512,000 miles showed on the odometer. Considering that was 12 years ago, it’s safe to say the digits are a bit higher now.

Fortunately, the website also gives us the backstory of this peculiar gas-sipping machine. The Civic was purchased brand new by the owner in 1992 and apparently, the owner commutes a lot. After Hurricane Katrina hit the US mainland in 2005, a plan was implemented to try and increase the Civic’s already frugal 45-ish mpg rating. Research on aero components looked at previous aero-themed projects going back to the 1930s, with the end result being this crazy Civic with a drag coefficient of just 0.17. By comparison, the slippery Mercedes-Benz A-Class – considered to be the most aerodynamic production car – has a coefficient of 0.22.

As such, this car can achieve some properly impressive mileage. The website claims a maximum mileage of 120 mpg at 40 mph, but whereas most efficiency experiments abandon speed for range, this one seeks the best of both worlds. To that end, the car reportedly gets 95 mpg at around 60 mph, and with the throttle tipped a bit further, still manages 50 mpg at 90 mph. In fact, the car has a theoretical top speed of 140 mph with just a 102-horsepower engine under the hood. We don’t know if that’s been put to the test, but the website does mention the car going 120 mph. Yikes.

The last update on the website is dated October 2011, so there’s no telling if the Aerocivic still has the same engine or is even still in the care of the same owner. The website does say the car was involved in a couple of collisions, which could explain some of the janky bodywork. Nevertheless, we suspect it garners all kinds of attention wherever it goes and hey, perhaps this public sighting will encourage the current owner to drop an Aerocivic update to the website. Technology has really changed in the last 10 years, so maybe 150 or even 200 mpg is possible now. 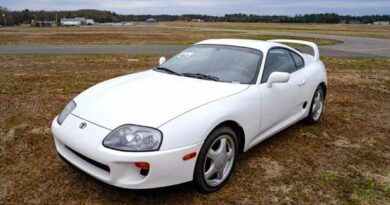 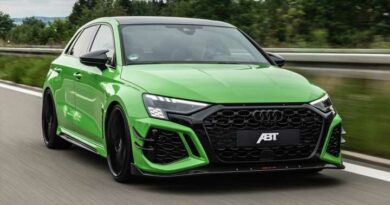 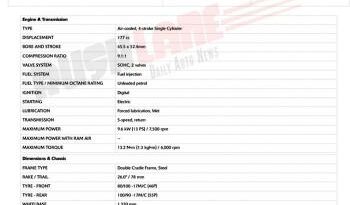