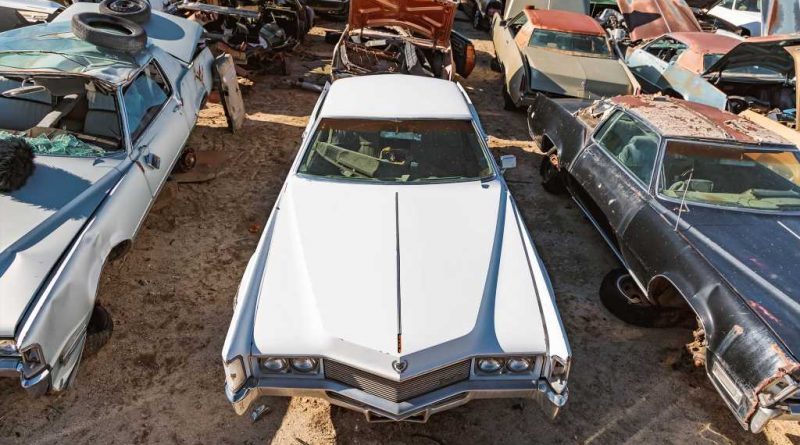 Stuck at home? Why not binge Roadkill’s Junkyard Gold? Steve Magnante will teach you everything you could ever want know about American automotive history, and you can take advantage of the DEAL OF THE YEAR by subscribing to the MotorTrend App for only $1 a month!

If all you think is “land barge” when Cadillac is mentioned, boy, have you got the wrong idea. Steve Magnante is at Cadillac King in Palmdale, California, exploring 16 acres worth of the legendary luxury brand’s revolutionary, innovative, and trendsetting designs. Cadillac is responsible for the control layout in all cars we know and use today, first used in the 1916 Type 53. Hot rodding would not be what it is without Cadillac’s ground-breaking 331ci overhead valve V8.

Cadillac pioneered displacement-on-demand, common on many large-displacement engines today. They were the first to offer front-wheel drive in an American car—something relegated to cheap European cars during the 1940s through the 1960s—after refining it to provide the smooth, quiet ride Cadillacs are known for of course. And we would be loath to forget the tailfins, oh, those glorious and absurd tailfins!

The Series 60 has three things going for it, other than the nearly unparalleled luxury of course. First, it was MotorTrend’s first ever car of the year in 1949, not an award given to any old, boring econo-box. Second, the tailfins. Penned by Frank Hershey after a trip to Southridge Field in 1940, the tailfins debuted in 1948 and were inspired by the Lockheed P-38 Lightning fighter plane. Nearly every American car maker from the late 1940s to the early 1960s copied the styling cue. Third, the legendary 331ci overhead valve (OHV) pushrod V8 that sparked a battle between American car manufacturers that still rages to this day. Hot rodders, get on your knees and praise Cadillac for this innovation. Between the much freer flowing intake ports and the over-square bore and stroke (3.81-inch bore, 3.62-inch stroke), the potential for performance in this engine was nearly limitless. In stock configuration, topped with a 2-barrel carburetor, the OHV V8 made 160 hp, 10 more horsepower than the flathead it replaced. Without this engine, hot rodding would look very different today. 1949 was also the last year any Cadillac (before the modern, “V” performance variants came along) was offered with a manual transmission, 1950 and on was all smooth shifting automatics.

The Series 60 was a four-door only model, unlike it’s shorter wheelbase Series 61 and 62 brothers. Because of this, the Cadillac faithful would not be upset that Steve would restomod the heck out of this ’49 if he decided to take it home. He would ditch the stock chassis in favor of a Pro Touring model from Chris Austin Chassisworks, 4-link the rear suspension, and replace the 331 with a Cadillac 500 big-block V8 backed up by a 4L80e transmission. He wouldn’t touch the gorgeous body lines; he would paint it Pewter Silver from the 1976 Seville (pink Cadillacs are only for people who sell makeup) and throw a set of aluminum wheels from the 1994 Fleetwood on it. CTS-Vs, you’ve been warned.

The Eldorado debuted in 1967 and was the first American car to come with front-wheel drive (FWD) since the 1930s Cords. But traditional FWD, as found on cheap European cars from the 1940s through the 1960s, wouldn’t cut it for Cadillac as they were prone to ride-ruining vibrations. Cadillac revolutionized the system by using CV-joints and offsetting the steering knuckle pivots from the wheel centerline, dramatically cutting the harshness. This triggered the need for a unique wheel design, one with a lot of negative offset, to bring the tire back under the car and help with that all-important steering. We can’t talk about Eldorados without mentioning that enormous hood, totaling 6-feet 3-inches long! It was so big, it had to be made in two pieces and welded together down the middle. Lead-filler work and chrome trim disguised the weld, techniques Cadillac perfected on the two-piece tailfin cars from the late-1950s and early-1960s. Cadillacs have the reputation for being bought only by retirees, but the Eldorado’s sporty styling brought fresh, young buyers to dealerships to the tune of over 267,000 cars being sold in 1969—23,333 of which were Eldorados. That’s three times more cars than Lincoln and Imperial sold that year, combined!

FWD gave the Eldorado something that only one other car (it’s cousin from Oldsmobile, the Toronado) could claim—a completely flat floor front to back. Not even the rear-engine Chevy Corvair could claim that. All that space created by the flat floors and all the standard equipment—power windows, power steering, power seats, A/C—set the standard for American luxury cruising in the late 1960s. Cadillac even went as far as limiting the Eldorado to single exhaust, keeping the 375 hp coming out of the 472ci V8 quiet. Steve wouldn’t do much to one of these first-gen Eldorados, just get it running and maybe add a dual-exhaust system for some crazy FWD burnouts.

Cadillacs first 60 years were all about “bigger is better,” but the 1970s changed that, what with federal CAFE (corporate average fuel economy) standards and the oil crisis. Cadillac needed a smaller car, fast and the 1976 Seville was just that—Cadillacs first ever midsize offering. Cadillac started development of the Seville in 1973 and just 16 months later the first Sevilles were rolling off the production line. How, you ask? They started with the Chevy Nova. But a Cadillac Seville is not just a Nova in a tuxedo. Cadillac simplified and refined the body lines, getting rid of the glitzy chrome trim and fins, for a much more elegant and austere look, a styling choice that influenced automotive design the world over for the next 10 years. Inside, Sevilles were soft touch everywhere—plush carpets, padded dashboards and door panels, soft headliners—much more comfortable than a Nova. To dampen the vibration and harmonics the Nova was prone to, Cadillac added small shock absorbers connecting the front subframe to the inner fender walls, making the ride truly Cadillac worthy. They even spiffed up the trunk, carpeting every single surface and covering the deck lid arms with elegant plastic trim pieces. Under the hood, instead of Cadillac’s thirsty 428ci V8, was an Oldsmobile-sourced 350 small-block but equipped with another Cadillac first—electronic fuel injection (EFI). The EFI Cadi 350 was good for 180 hp, 10 more than the Oldsmobile version with a 4-barrel carburetor and good for 21mpg on the highway. Being 1,000 pounds lighter than a Sedan DeVille from the era probably helped too.

Sevilles did not come cheap, starting at $12,479—a whopping $2,100 more than the larger Eldorado. How did Cadillac justify that? Well, buyers not only got the refined performance and fuel economy of the EFI 350, but standard equipment on the Seville waseverything. Power steering, power brakes, power windows, power door locks, power mirrors, cruise control, A/C, velour seats—about the only option was leather. All this made the Seville and easy choice for the MotorTrend car of the year in 1976. Buyers loved them too, Cadillac sold 215,659 Sevilles between 1976 and 1979. Critics say Cadillac should have named the Seville the Avon (Nova spelled backwards), but if the Seville is just a Nova than a Mustang is just a Falcon, and we all know that just isn’t true. If this ’76 were Steve’s, he would paint it that gorgeous Pewter Silver and drop the Olds 350 for a Cadi 500 with a 200 shot of nitrous just for good measure and go hunting for BMWs and Mercedes Benz’s of the same era.

The second-generation Eldorado (1979-1985) was another play at pleasing the feds and their 18-mpg CAFE standards. They were 12 inches shorter than first-gen cars and 1,150 pounds lighter, but the biggest step in meeting CAFE standards was the L62 V8-6-4 engine with displacement-on-demand. Another Cadillac first, the L62 could run in a V8, V6 and V4 configuration and worked by attaching solenoids to the rocker arms for cylinders 1, 4, 6, and 7 and lifting the rockers off the valves keeping them closed, effectively reducing displacement. The control module would also shut off the fuel injectors to the closed cylinders, reducing fuel consumption. While the displacement-on-demand was enough to satisfy federal standards, it did not satisfy customers. The control system lacked the processing power to be effective under all load conditions and buyers often experienced bucking, a decidedly un-Cadillac trait. Most dealers ended up disconnecting the systems.

This 1981 Biarritz example is more than just the L62 engine, however. The $2,937 Biarritz option package brought a stylish, brushed stainless steel roof panel to the car, a woodgrain dashboard, plush Tampico carpets, and integrated pillow top seats to the already luxurious cabin on the second-gen Eldorado. This is another car Steve wouldn’t do much too, just a refresh to remind the world that Cadillac was first when it came to displacement-on-demand.

Cadillacs aren’t just big, floaty land barges. Their 331ci OHV V8 kickstarted the American V8 wars in the late 1940s. They brought FWD drive to luxury cars and were the first American manufacturer to offer the drivetrain layout. They pioneered EFI and displacement on demand. And, despite what BMW, Mercedes-Benz and Lincoln might say, they have been the world standard for automotive luxury for nearly 120 years! Don’t forget that every car in the world today owes its control layout to the Type 53. While some of their classic models might not go for very much, they are still junkyard gold. Until next time, “Hasta Magnante!” 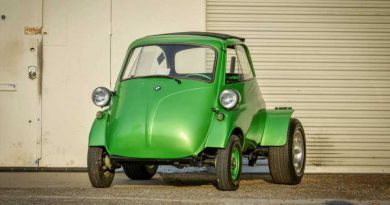 This VW-Powered 1957 BMW Isetta Is Wheelie Something Else 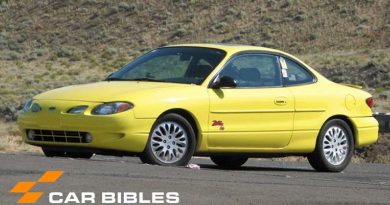 The Forgotten Ford Escort ZX2 S/R Was a Parts-Bin Masterpiece, Thanks to the Aftermarket 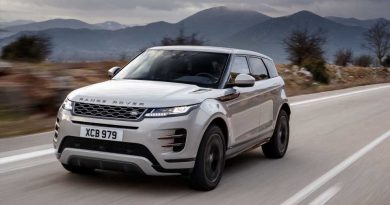 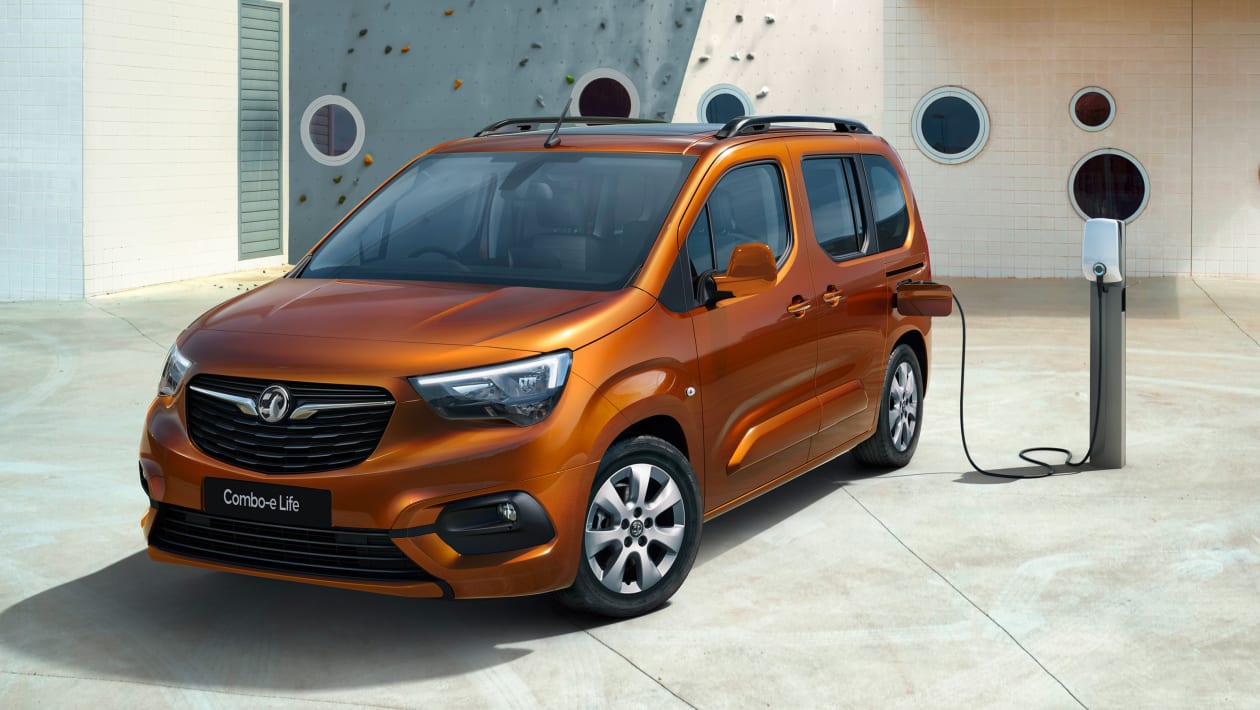 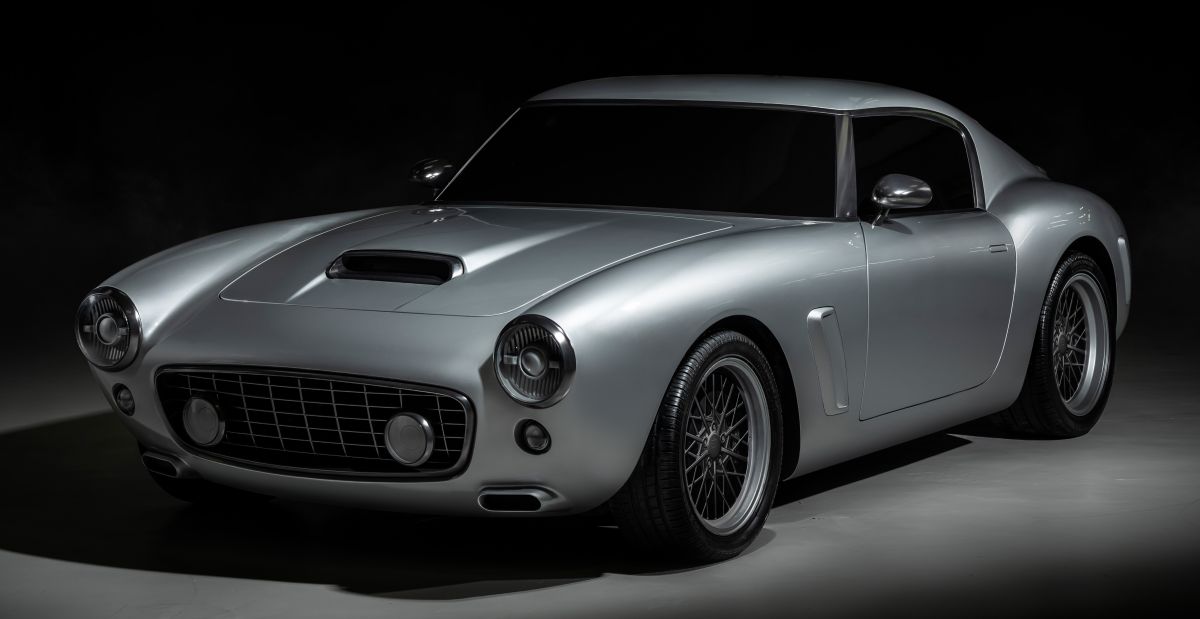 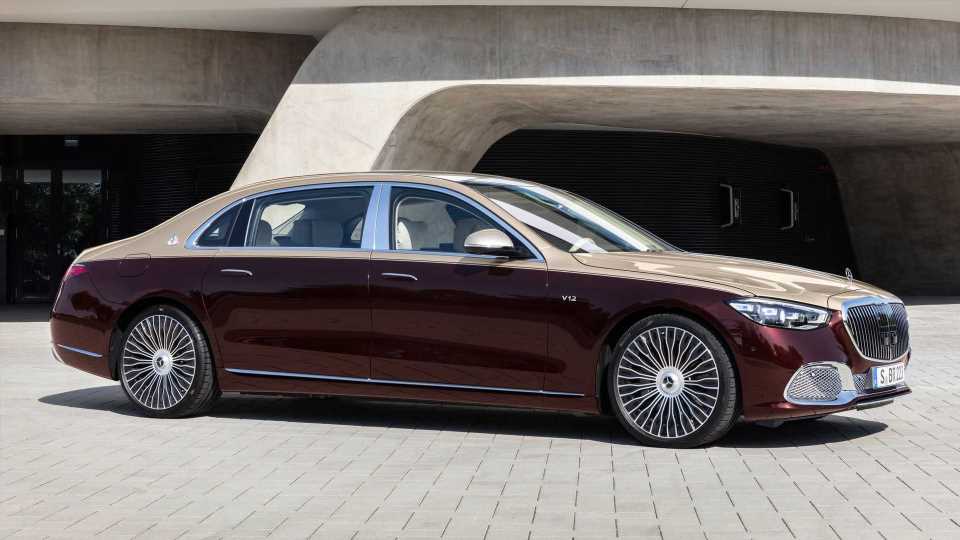 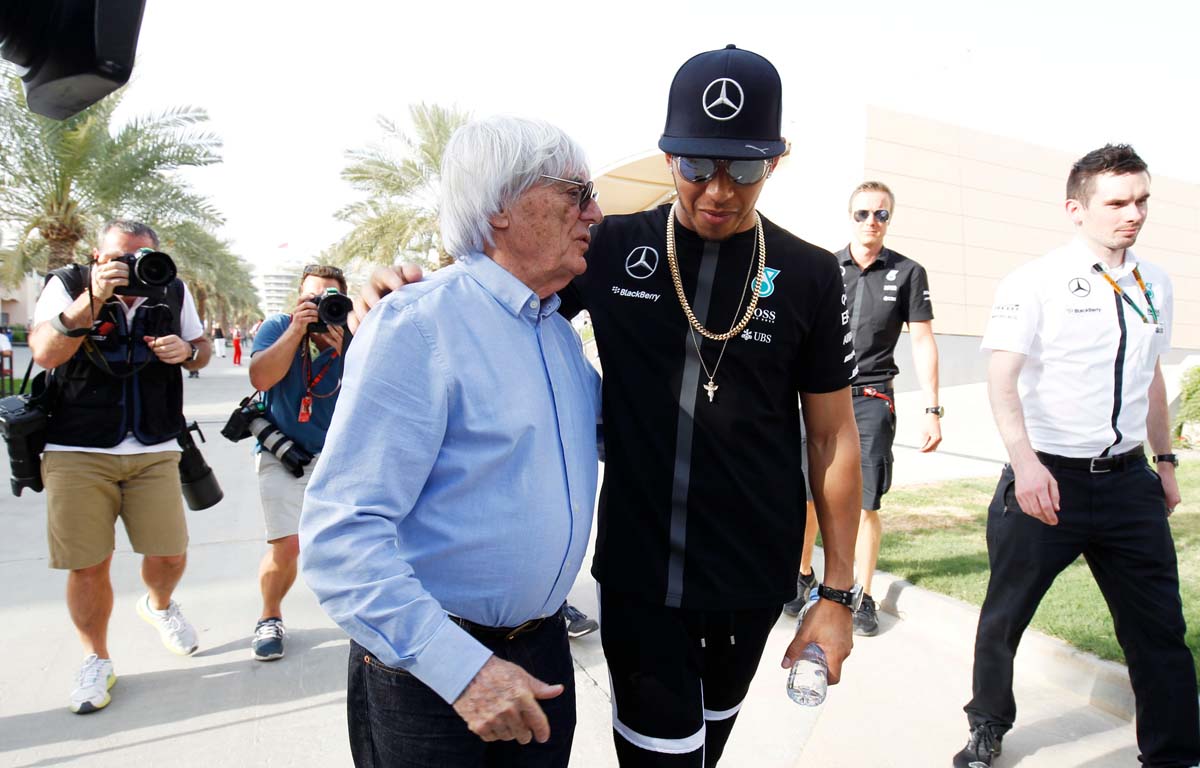 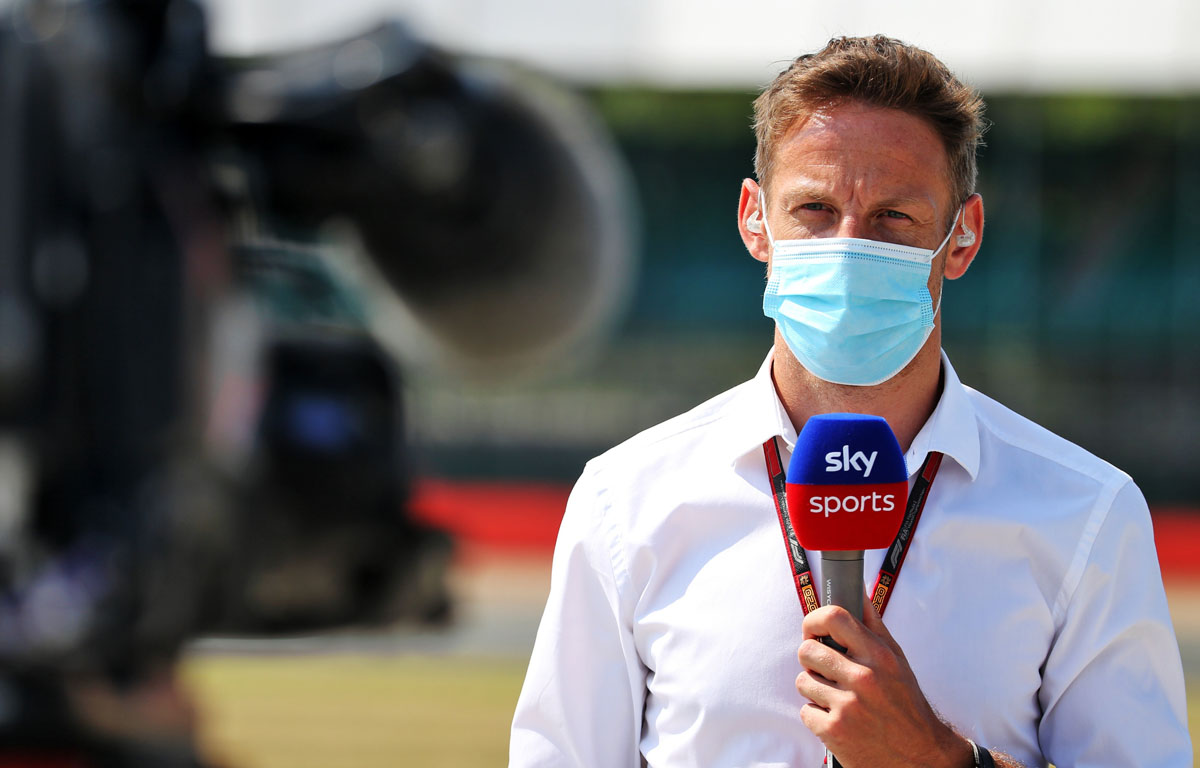 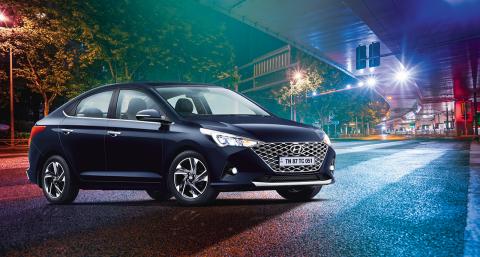 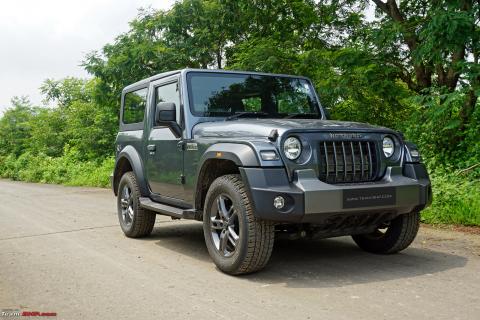