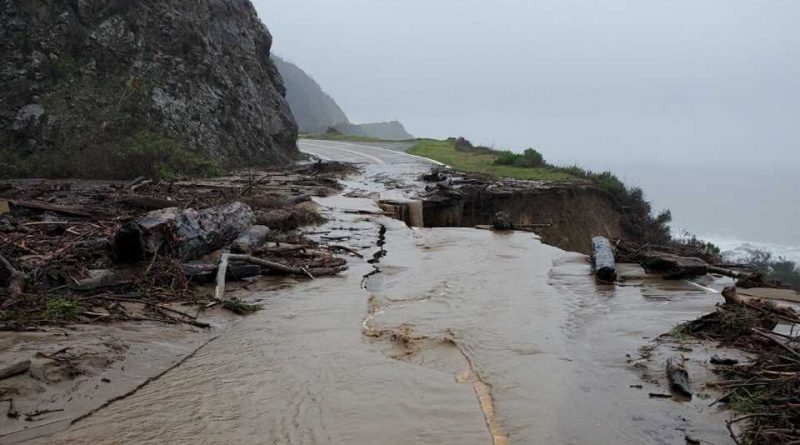 California’s State Route 1, or the Pacific Coast Highway, may be America’s second most-romanticized road behind Route 66. Its winding turns and Pacific Ocean-overlooking views are some of the most spectacular on the planet—it’s little wonder the route inspired a song by The Beach Boys. But the PCH’s location on the battered coast means it often takes the full force of incoming storms, and over the years has proven at times unstable, with multiple closures due to landslides occurring throughout the 2010s. Earlier this week, nature struck again, this time not by making the road impassable with mudslides but by washing away some of its surface altogether in a landslide.

The partial collapse occurred near mile marker 30, near Rat Creek, in an area that Caltrans District 5 closed to the public on Tuesday according to KSBY. Evacuation orders were issued by the Santa Cruz County Sheriff’s Office in reaction to severe rainstorms in the area, and they proved the right call; the California Highway Patrol’s Monterey division shared a photo of the storm’s damage on social media, where it was quickly picked up by local media such as KRON4 News. 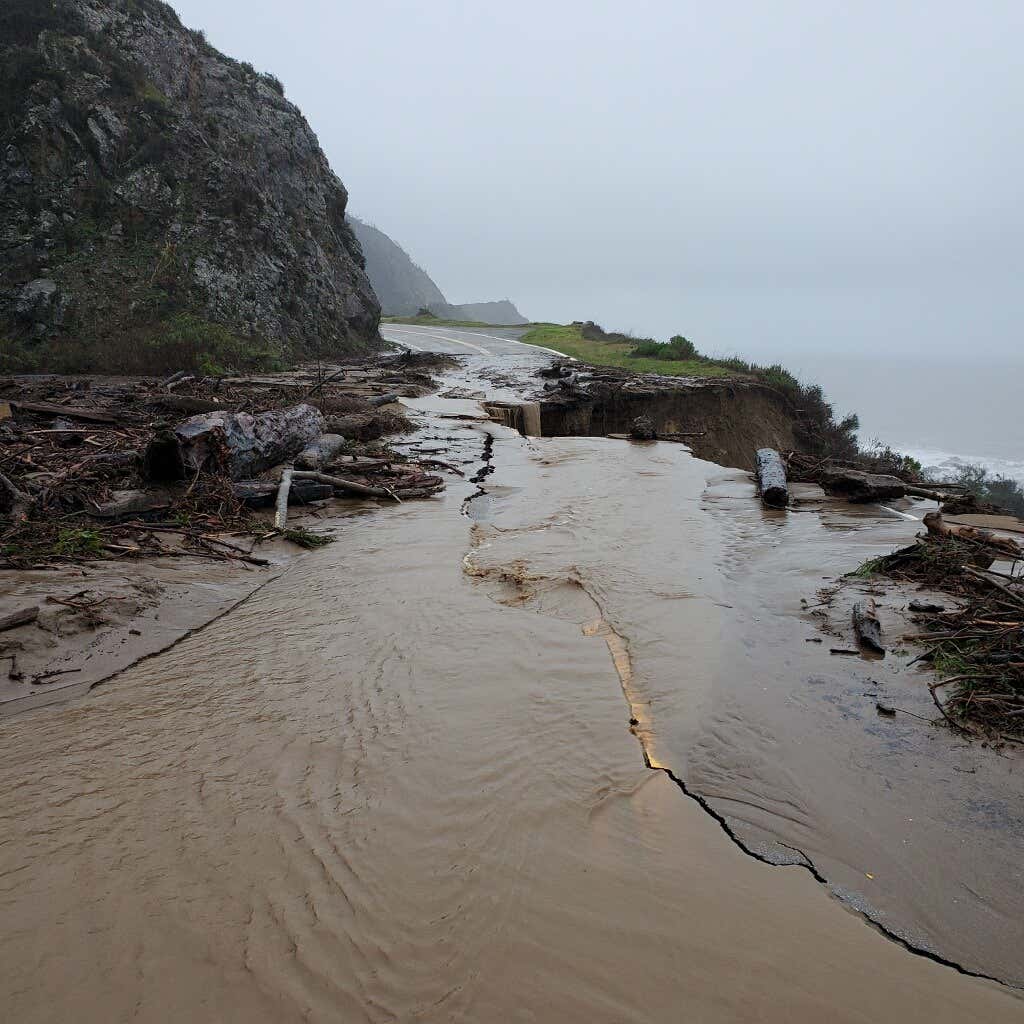 Caltrans District 5 stated on Twitter that this section of the PCH “will remain closed to thru traffic until further notice,” adding that road repair efforts would commence at dawn on Friday.

“State Route 1 between MPM 40 and the San Luis Obispo county line continues to be impacted by inclement weather, debris flow, flooding, and slides,” commented the CHP’s Monterey office in a Facebook post. “This area is closed to the public. Remain clear of the area and plan alternate routes. Please continue to exercise extreme caution on rural roads, especially at night.” 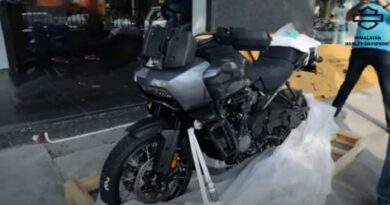 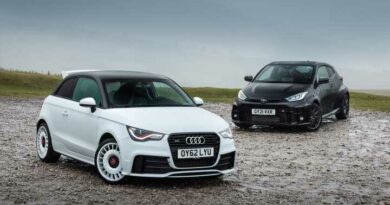