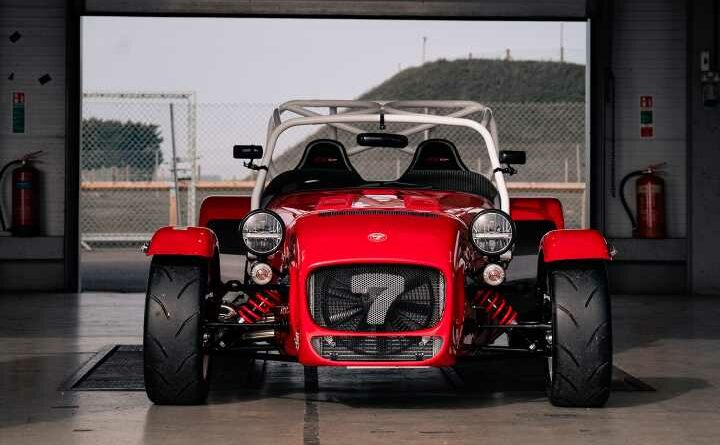 Welcome proof that less can definitely be more

What’s better than a Caterham? Three Caterhams, of course. Plus, in this case, a racetrack packed with other Caterhams to play with.

Much as I love the Seven, I’ve always found a little goes a long way. I’ve had great drives on quiet roads when the weather is temperate and dry. But I’ve also had some completely miserable experiences, none more so than a hungover slog back from Le Mans in pouring rain piloting a roofless Superlight. Which is why I’ve always preferred them on circuits, where even a moderately rapid Caterham feels truly special, and 15-minute stints spare me from the sort of aches and pains that come from longer road trips. If I did ever buy one, I’d likely be one of the people with a trailer and a plush tow car who the braver owners regard as being a total wuss at the end of a track day.

Which is why, despite its number plates, I’m not sad to have only experienced the Seven 420 Cup on circuit at Snetterton. This is definitely one of those cars that is better thought of as being road legal than road sensible, explicitly aimed at the top-tier track day market rather than long trips in the real world. While the idea of a car with its engine in mid-ranking ‘420’ tune having a higher base price than the regular Seven 620 might invert the natural order, it comes with a six-speed sequential gearbox, fully adjustable dampers and track-biased Avon ZZR tyres as standard. Even the seriousness of a £54,990 kick-off for the standard chassis still makes it a bang-per-buck bargain, thanks to 350hp-per-tonne and pace to humble even top-end supercars.

The media drive at Snetterton takes place during an all-Caterham track day, with everything from modestly powered roadgoing Sevens to full-spec racers running around. I get to drive three cars in ascending order of performance: starting with the XL Seven 420 Cup SV, moving to the smaller, lighter, regular chassis version, and then – taking things to a different level – some laps in a slick-shod racer from the Caterham Seven Championship.

Large and slow are definitely relative terms here. Even in full ‘fat boy’ spec the 420 Cup is tailored rather than loose fit, with the optional full cage making the process of climbing in a minor gymnastic feat. Once strapped in the view is appropriately serious: a nice carbonfibre dashboard with classic-style toggle switches in the middle – Caterham has been using them so long they’ve become fashionable again. Fuel, temperature and oil pressure dials are offset to the left, rev counter and speedo tucked behind the dinky steering wheel. Trim is unsurprisingly minimal: red fabric around the gear selector and on the seat pads is the limit of the party. But the press car came with the luxury of £1,600 heated carbon seats.

The fitment of the Sadev six-speed sequential gearbox hasn’t liberated any extra room in the footwell, because the 420 Cup still has a clutch pedal. This is used for setting off and manoeuvring, but also I’m told when changing down – upshifts can be taken flat. It doesn’t have steering wheel paddles, instead using a nice, weighty push-pull lever strongly reminiscent of an early WRC-era rally car. Yet while the engine is predictably keen to rev at the slightest throttle pressure, I don’t have any problem getting it rolling with reasonable smoothness before rumbling through the pitlane and heading out into the fray.

The first lap is spent getting everything up to temperature, trying to keep out of the way of everybody else and reacclimatising to the strange, parallel dimension of Caterham physics. It’s several years since I last drove one, and I’d forgotten just how kart-like they feel on track. This might sound like the sort of hyperbole commonly employed by marketing departments, but in the case of the Cup it really isn’t. The slack-free reactions and abundance of lateral grip really do make almost any conventional car seem big and rubbery by comparison.

With my right foot pretty much denting the bulkhead and upshifting at the behest of the change-up lights the 420 Cup feels impressively quick, but not outrageously so. A sharp-end modern sports car has comparable thrust, and there are plenty of ludicrously fast SUVs that could show the Caterham a clean pair of heels in a straight drag race. But not a contest involving corners: slowing and turning in the Seven are from a different universe thanks to the combination of minimal mass and grippy rubber. A point that is made by some comically early braking points and timid corner entry speeds at the start of my stint.

But although the 420 Cup’s limits are higher, it shares the friendly dynamics of every other Caterham. Within a few laps we’re close personal friends and – reacquainted with Snetterton’s layout – I’m happy pushing to the edge of adhesion and enjoying the ability to play with the balance at each end. There’s so much grip that the limited slip differential doesn’t need to play bouncer; serious oversteer only happens when provoked. Yet the diff’s effect is obvious in the way the Cup tightens its line tidily and progressively under power.

It’s not all smooth sailing. I get caught out by the lack of ABS a couple of times and experience the strange sense of a car accelerating as the front wheels lock. (It’s not gaining speed, of course; just not losing it at the same rate.) It’s operator error, but something that must be pretty common for those jumping into Caterhams after spending time exclusively in the world of anti-lock. There are also a couple of chirps from the rear tyres as I mis-synchronize sequential downshifting and clutch inputs – most of these while slowing for the awkward, tight right-hander called Nelson that comes before the famous Bomb Hole. Yet by the time I return to the pits I’m wearing an appropriately Caterham-sized grin.

Switching to the regular body car makes the accommodation tighter, by enough to make me glad I’m not trying to squeeze in next to a passenger. But it doesn’t feel too cramped for a 15-minute track session and saves £2,500 on the build price. The 105mm reduction in track width, 250mm trim in length and 25kg cut in mass doesn’t dramatically transform the 420 Cup’s driving experience. But they do make the car feel noticeably more wieldy and willing to turn in tighter stuff, and obviously able to take slightly shallower lines.

Caterham was also keen for me to experience how easy it is to tweak chassis settings. My first stint in the narrow-bodied 420 Cup was done with the suspension wound close to full stiffness, with a brief pit stop seeing the dampers clicked back to what was, by the standards of track-going Caterhams, pillowy softness. The difference was an impressive indication of just how important shocks are to defining the way a car drives, with the Cup losing a noticeable amount of front-end bite but gaining amusing, progressive rear-end breakway. Given the huge pace of the car in any state of suspension tune, there is actually lots to be said for the rollier, slidier setting even in dry conditions.

Leaving just the Caterham Seven Championship racer. Which I’m not here to review, but there was zero chance of me saying no to a turn.

The first problem with writing it up is that I’ve already referenced levels, dimensions and even universes. So let’s just say the slick-shod Challenge car is on a different plane of existence, the subjective gap between it and the Cup at least as big as the one between the Cup and a road-spec Seven. While the racer has less power than the 420, just 180hp according to Caterham, it can use much more of this much more often, and pretty much every other car on track suddenly seems to have run into treacle. Small wonder the Championship is so spectacular with the prospect of a pack of these fighting for space.

While not wanting to finish on a downer, there are some storm clouds gathering on the horizon for Caterham and Britain’s other low-volume makers, all dependent on bigger companies to provide them with powerplants. There are few engines suited to lightweight sports cars left, and that number is going to steadily diminish as the world heads towards its fully electrified destiny. Given the weight and space required for EV battery packs, that’s a future that is never going to be as much fun as this present.

Caterham admits the 420 Cup is aimed at a fairly narrow niche; those who want a Seven for regular track use, but not outright competition. It is certainly not cheap, especially considering the value further down the range, but it is also clearly benefiting from its motorsport grade tech. Broaden the comparison to the world outside the Caterham range and it suddenly makes far more sense when you consider the sort of exotica this humble-looking Seven is going to be quicker than. 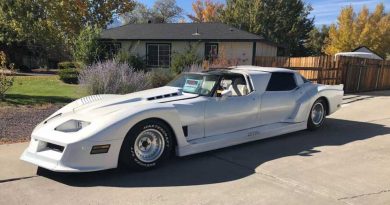 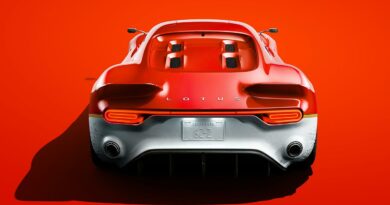 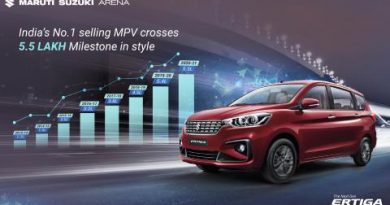