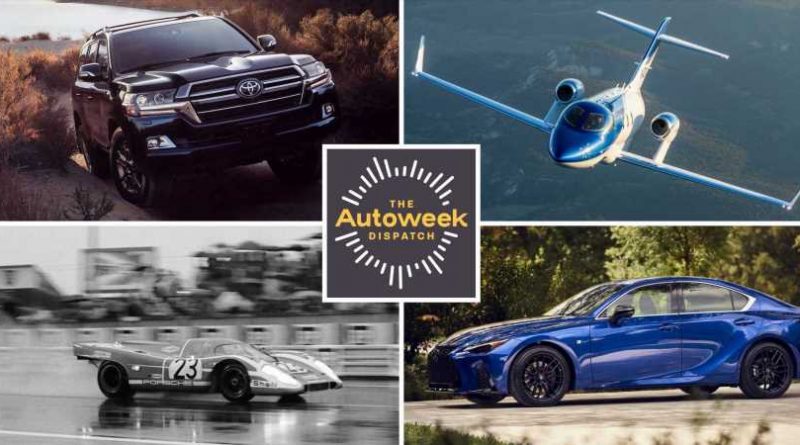 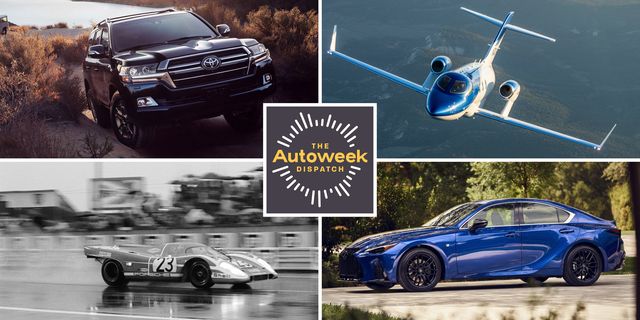 I know I’m not alone in being more than ready to kick 2020 outta here. Be safe and we’ll see you next year.

FROM THE EDITOR’S DESK

To say good by to a dreadful 2020 I asked a few people for their thoughts on what they loved/hated/whatever about the year. It could be a drive they took, a story we did, an experience they had, whatever. What will 2020 be remembered for?

Here are a few responses.

From Los Angeles Mark Vaughn reported that he got to “drive/ride/fly a lot of cool cars/bikes/jets.” You can check out his list.

Vaughn said that of the supercars/sports cars he liked Chevrolet’s new Corvette best. “It was the most liveable day-to-day while offering almost as much performance,” he said.

His favorite bikes were actually a tie between the Ducati Panigale V2 and the Triumph Rocket 3. “The Ducatti offered the crazed, flypaper grip of a superbike, while the Triumph offered 165 lb ft of torque,” he wrote. “I can’t pick between the two.

“However, of the cars I drove this year that I would be perfectly happy owning and driving every day it would be: A VW Golf GTI that Volkswagen had me car-sit for three months. It was both fun and practical, with enough room for everyday living and enough sporty composure for twisty road enjoyment.”

Vaughn said he also liked Ford’s F-250 Super Duty 4×4 Crew Cab Limited. While he had it he loaded it up with mountain bikes and gear. “It was huge, yes, but that was its only drawback (except price: $88k!). It was as comfortable as a Rolls-Royce. Speaking of the Rolls Vaughn says it had the most-refined suspension he has ever driven. Ever! “Drawback was sticker price at $332,500.

“And finally,” he wrote, “after 35 years of circling the globe in big commercial jets, this year I really enjoyed not traveling anywhere. While I hope the pandemic eases soon, I am also hoping its lingering presence has changed our ideas about work and how it gets done.”

Patrick Carone said no month in 2020 was more topsy-turvy than March. By its conclusion of course, schools and businesses were closed, masks were essential, and the entire planet was under total lockdown.

“That’s what makes it almost impossible to comprehend that, at the beginning of the month, I hopped on a plane to Florida to surround myself with thousands of fellow enthusiasts at the Amelia Island Concours d’Elegance,” Carone wrote. “While attending such an event would be a highlight of any year, the memory of gawking at priceless Alfas and Ferraris, toasting with dear friends in crowded bars, and simply walking around without fear of passing on or being infected by a deadly disease is all the more meaningful in 2020. We recorded an episode of the Autoweek podcast the week I returned, which stands as a surreal reminder that we truly had no clue what was in store for the world.”

While Jay Ramey reflected on the year being one of tremendous loss he did manage to find a few automotive bright spots.

“Ford debuted not one but two new Broncos which immediately saw plenty of interest in the marketplace, more than I had pictured, and they weren’t a rehash of some existing vehicle,” he wrote. He pointed out the Bronco attracted attention from a wide ranging group, including a generation that barely remembered the old Broncos or knew what they were supposed to look like. Ramey said it will be interesting to see if the new model can break the Wrangler’s monopoly on angry headlights in the U.S?.

Ramey said the best racing story of the year was Formula 1 driver Romain Grosjean surviving that fiery wreck in November. “Even a decade ago an identical crash would have ended poorly to put it mildly,” he wrote, “but it also demonstrated that F1 has not been made entirely safe even with all the modern tech, and all courses have not been lined with stacks of tires to make it as consequence-free as Mario Kart.

As for the least-appetizing development in the auto industry in 2020 Ramey reminded us there was also “that one time in June when Nikola’s market cap exceeded Ford’s.

“I’m tempted to write that off on all the self-medication that traders holed up at home were downing,” he wrote “but I suspect this is really a symptom of a larger problem with ‘stonks,’ as they say, for which we’ll see pay plenty of dividends in the coming years that will make Pets.com seem like a small snafu.”

Last but certainly not least Murilee Martin wrote that it been 15 years since he’d gone more than a few weeks without traveling to an out-of-state junkyard, so 2020 forced him to pay more attention to the stuff in his local yards.

“So I paid more attention to vehicles in Colorado junkyards that might not have caught my attention before, and found one of the final Pontiacs ever produced, one of the few Taurus MT-5s sold, and a rare example of the last car sold in America with a 3-speed automatic (2002 Toyota Corolla CE). I’d call that a good junkyard year.”

What will you remember about 2020? Log in to the comments below and let us know.

The Toyota Land Cruiser is going away, at least as we know it, after the 2021 model year. The Land Cruiser and its Lexus LX570 sibling has been rumored to be on the chopping block for some time as sales slowed to the low thousands of units a year for the past few years. The company is rumored to have been working on the next generation, expected to land elsewhere next year as the Land Cruiser 300 Series. The new truck ditches V8 engines altogether to rely on six-cylinder gas engines and even a 3.3-liter six-cylinder diesel. One of these V6 engines is expected to be a twin-turbocharged 3.5-liter V6, while another is expected to be a hybrid version of that engine. We are still investigating when the new truck will land here.

Sad to hear that John Paul Jr. died Tuesday, December 29th at 60 years of age after a long battle with Huntington’s disease. In his racing career Paul started 58 major open-wheel races (USAC, CART, Indy Racing League) from 1982 through 2001. In addition to his success at the Rolex 24 (wins in 1982 and 1997), Paul finished second at the 24 Hours of Le Mans in 1984. He also won the 1983 CART race at Michigan International Speedway.

How do you cope with winter driving? We know of some drivers who always seem to be taken by surprise while others plan for winter driving with the precision of a military deployment. What’s your strategy? Log in to the comments and let us know.

On this week’s episode of Quick Spin Robin Warner puts the 2021 Lexus IS350 F-Sport rear-wheel drive through its paces, and gives you a real-time walk around of its highs and lows and then throws you in the car with him while he records a drive review. In between those segments, Warner gives more context about this Lexus with host Wesley Wren. Tune in here, on Spotify, Apple Podcasts, Stitcher or wherever podcasts are played.

QUOTE OF THE WEEK

“Vic said he liked the 917. I don’t know if it was bravado, but the first time I drove it in practice for Le Mans, it was wandering horrendously. The testing had been done on an airstrip, and I don’t believe they were getting to the terminal velocity, maybe 185 mph. If you looked in the mirror in the pits you got a very good view behind, but on the Mulsanne Straight you couldn’t see anything.”

—Richard Attwood, referring to Vic Elford, talking about the legendary (for reasons other than just speed) Porsche 917. Porsche has won Le Mans a record 19 times. Check out our story chronicling them all!

That’s it for this week. As always we’re on the case this weekend, monitoring and reporting on automakers’ and sanctioning bodies’ latest happenings. We’ll continually update the site of course — you’ll know what’s happening when we do. Check back often and here’s to a safe, happy, healthy new year!

Thanks for reading Autoweek and please stay safe. 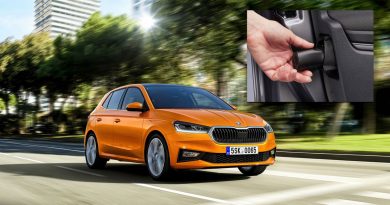 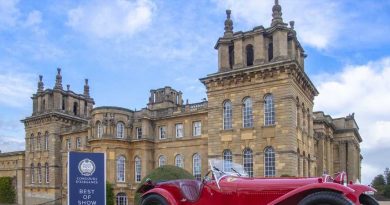 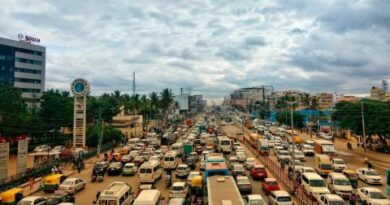 Terrifying experience driving in a large city after a long time