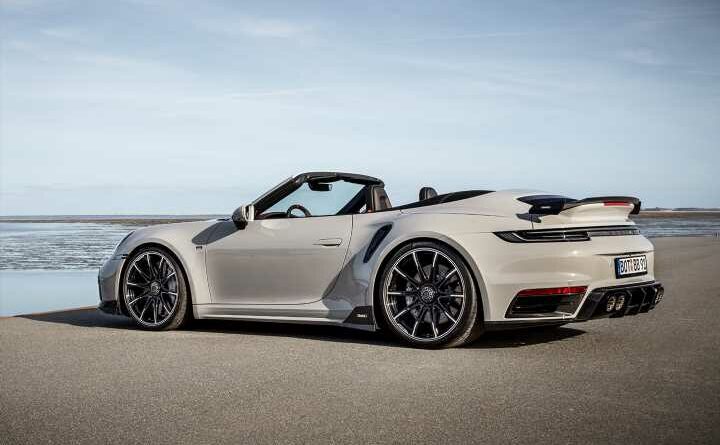 Big wheels, big power and big price, but these aren't Brabuses like they used to be…

It’s been said on PH before that you know what you’re going to get when it comes to a Brabus-modified Mercedes. Clue’s in the name, after all – you’ll get an even more powerful mad Mercedes, with one or two unmistakeable visual upgrades for good measure. It’s served tuner well for decades, and hopefully will for many years yet.

But now Brabus is branching out into new areas. Similar methods, of course – the average horsepower of these two cars is 760hp and both are offered with 22-inch wheels – albeit employed on very different vehicles: the Porsche 911 Turbo S and Rolls-Royce Ghost.

Now the 911 is already one of the fastest cars on the road, although that was never going to deter Brabus. The PowerXtra P38S-820 may sound like a lawnmower, but it’s an upgrade for the flagship 911 – including new turbos, boosting to 2.1 bar – that makes it almost as powerful as a Ferrari 296 GTB. Brabus claims its 820hp 911 is capable of 0-62mph in 2.5 seconds and 211mph. Given what the standard, 650hp car has already achieved, there seems little reason to doubt that.

Additional tweaks for the Porsche include a new bodykit, an Inconel exhaust, giant 21/22-inch wheels and adjustable springs that can drop the ride height by as much as 25mm. For those that maybe feel the 911 Turbo S lacks some impact given its performance potential, Brabus is here to help. And wait until you see inside…

Still, if you thought a Brabus Porsche was a break from the norm, wait for the Brabus Rolls-Royce. Its Ghost build is described as “individuality at the highest level of perfection for owners of Rolls-Royce Ghost.” But this one is black, of course.

Up to 700hp and 701lb ft is available from the 6.75-litre, twin-turbo V12, which are worthwhile gains from the standard 563hp/627lb ft, should a buyer find those inadequate. Brabus reckons it trims a couple of tenths from the 0-62mph time, making for 4.6 seconds. Perhaps of more interest will be a sports exhaust with butterfly valves and the promise of a “thrilling twelve-cylinder exhaust note.”

The rest of upgrades are as might be expected from a Brabus beast, if rather more incongruous on a £300k Rolls. See the forged 22-inch wheels, exposed carbon aero bits and 30mm ride height drop. Apparently, though, the suspension work has been done “without impairing ride quality.” And we’ve all seen a few modified Rolls-Royces now (if not many with porcelain leather) – it’s easy to imagine the Brabus Ghost finding some interested parties.

For which a donor car will be required, of course. The carbon add-ons, should you want them, will complement this black Ghost just nicely – it’s available for £315k. And, of course, there are plenty of 911 Turbos to get to work on. This one is already pretty eye-catching in black and gold with red leather; there’s even the odd one around at less than £200k, leaving more to spend at Brabus… 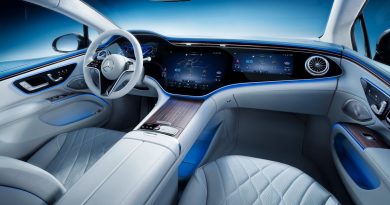 Here's What Mercedes' New 1.4-Metre 'Hyperscreen' Looks Like In A Car