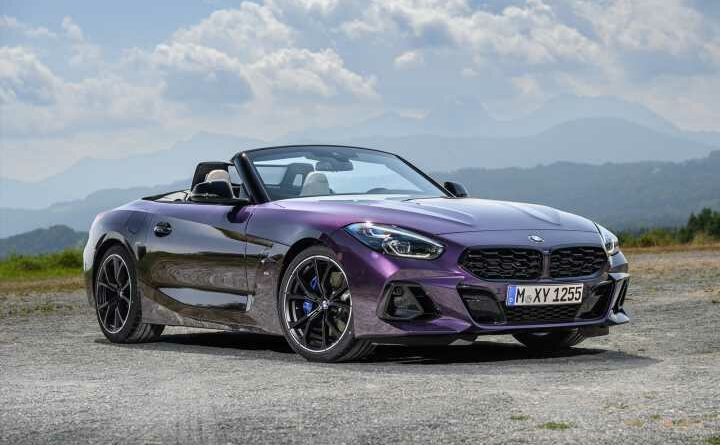 With suspiciously good timing, BMW reminds us that it also still knows how to do small and sporty…

It’s easy to feel a little sorry for the third generation of BMW Z4. Lost in the furore around lots of its important bits underpinning the Toyota GR Supra was the fact that those bits were pretty good on their own. And the roof went down. The Z4 boasted 50:50 weight distribution, rear-wheel drive, a sonorous six under the bonnet and bold styling in a sector short on all those attributes – but it’s not often you hear much about the Z4. Cue the mid-life facelift…

Actually, that summary sells the Z4 short, because the G29 generation has quietly been doing well for itself, apparently selling 55,000 units since its 2019 launch. And it’s hardly been a great time for selling two-seat sports cars. It’s been popular in Germany and the USA, which have accounted for 43 per cent of sales, with the UK its fourth biggest market. BMW says the Z4 ‘has been by far the highest selling model in a hotly contested class’, adding that it has ‘consistently increased its market share’ ever since launch. So the update is modest, to say the least. Suggesting BMW is content with what’s out there – or reluctant to meddle too much with a model that might not have long left.

In the UK the range will be slimmed down to a four-cylinder 20i with 197hp and the 3.0-litre, 340hp M40i. Though the straight-six flagship has no more power than before, it’s still capable of 0-62mph in 4.5 seconds and 155mph, which ought to be enough for most. Expect a similar driving experience to before, especially with no chassis tweaks published. The Z4 uses struts up front and a five-link rear axle, with adaptive M suspension, M Sport brakes and limited-slip diff.

The significant changes are in the design, the Z4 now benefitting from a new look for the kidney grilles, larger intakes, and redesigned LED lights. BMW believes the new details ‘shine an even brighter spotlight on the roadster’s width and powerful stance’. The four-cylinder car will be offered exclusively as an M Sport in the UK now as well, which means a sportier look even with more modest performance. New colours – Thundernight, Skyscraper Grey and Portimao Blue – join the palette, along with fresh designs for the 18- and 19-inch wheels.

In essence, then, it’s your classic minor update. And we won’t be mean about that because it’s not like there are many open-top sports cars left. Moreover, BMW fills out the Z4 press release with an entire history of the Z cars back to the Z1, which if nothing else indicates just how little has really changed here. Still, it is a nice reminder that a Z4 of one kind or another has now been with us for 20 years now, the first E85 making its debut at the 2002 Paris show.

And if it never quite lived up to being the Cayman crusher or Boxster basher it was sometimes built up to be, the Z4 has built up something equally important over two decades: a receptive fanbase. And truth be told, it’s quite nice to write about a BMW sports car that’s no more complex than big straight six up front, two seats in the middle and rear-wheel drive. You suspect we’ll miss them when they’re gone. Or when you read about what else the firm is working on. The new car is priced from £42,305 for the 20i M Sport, or £53,720 for the M40i. 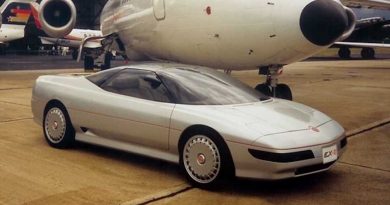 My story: 6 hours in Bengaluru floods & how good samaritans helped me 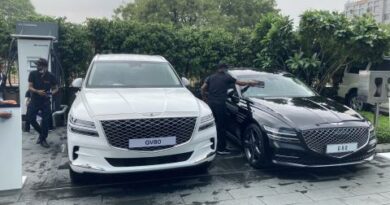