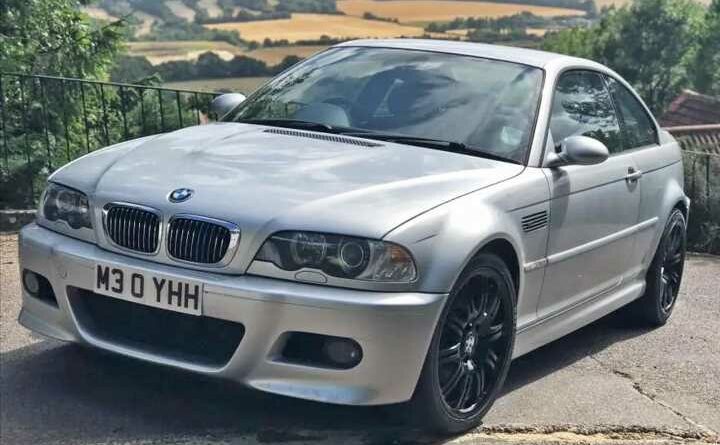 Some classics have been knocking around for long enough to have historical value charts that look like sine waves, but more modern ones tend to follow the graph most favoured by populist statisticians – the bathtub curve. This means a sharpish decline as depreciation humbles what would have been an originally lofty price tag, some wilderness years bumping along the bottom and then, as hype builds and spectacle lenses grow pinker, a sudden rise, often one that takes the car beyond its original cost when new.

So far, so obvious: but longer-lived dynasties will often have different generations at different points on this journey, something that can lead to strange contrasts. Never more so than when it comes to the BMW M3.

The original E30 has long since achieved both deification and escape velocity, and even leggier and less-desirable versions of the four-cylinder one often change hands for similar money to a brand new G80. The E36 has settled into the role as the franchise’s equivalent of the 996-generation 911, only the more desirable Evo versions having rallied significantly. But the much more plentiful E46, which was available for minimal money until recently, seems to have finally left the launchpad. Prices being asked now overlap heavily with those of the later V8 powered E90/ E92 generation. We live in a world where this week’s Brave Pill now looks like decent value at £13,995, even knowing the same car would probably have been about half as much five years ago.

The increasing prices of E46 M3s reflect what seems to be the verdict of history: that this is one of the greats, the sweetest part of the sweet spot when it comes to the early 21st century’s accessible performance cars. The basic E46 was already pretty special, the boggo four-cylinder versions lacked punch, but the smooth, revvy six-cylinders were all lovely.

But the M3 was a masterpiece. It combined a more muscular take on the two-door coupe body with a new S54 six-cylinder, that had been developed from the S50 engine of the E36 M3. The new 3.2-litre motor had VANOS variable timing on both inlet and exhaust camshaft, an increased compression ratio and a fly-by-wire throttle. It revved to 8,000rpm and relished the chance to do so, producing its peak of 338hp just 100rpm before the limiter called time. The M3 also got various chassis tweaks and a modified, reinforced bodyshell. But the most significant change over the standard car was the arrival of a limited-slip differential, this delivering traction and the easy driftability that quickly made the M3 a favourite for both enthusiasts and magazine editors.

Because putting an M3 on the cover was an almost guaranteed way to bump circulation, especially if it was fully oppo’d with a helmsman gurning a full oversteer face behind its wheel. Indeed it may well have scored more covers than any other car from the era, the launch of rivals taken as another opportunity to get one back in to test. Over the years, comparisons involved both obvious alternatives, in the shape of Audi S4s, junior AMGs, Imprezas and Lancers, but also more obscure ones, like a twin test with a 330d based around a convoluted fuel economy formula. The only time I remember the M3 being beaten in a story I was involved with was by the newly launched Cayman, a verdict that earned an icily polite letter from BMW’s PR boss asking if the Porsche could also transport four people and their luggage.

It wasn’t all critical plain sailing. The basic M3 coupe was such a winner that almost all attempts to broaden the portfolio seemed less impressive, with the exception of the heavenly CSL. The M3 convertible was, unsurprisingly, both heavier and floppier than the coupe, always more of a dynamic spoon than a scalpel.

The arrival of the SMG II gearbox option a year or so after launch also divided opinion. Late versions of the E36 M3 had been offered with a less advanced version of this robo-transmission – one that gave a free headbutt with every upshift. The E46’s system was better and came with variable levels of severity, but it was still snappier and less rewarding than the manual ‘box. Early reviews of SMG were mostly lukewarm, but dealers pushed it hard and buyers were clearly convinced of the benefit of this alleged F1 tech, a majority ticking the £2,400 option box for it. But the cannier customers were those who resisted it; these days manual cars are worth up to a fifth more than SMGs and the gap seems to be increasing.

Our Pill is a coupe that, like most cheaper examples, has the flappy-paddle transmission. The selling dealer says that the prone-to-failure SMG pump has been replaced at least once, although the claim this took place at 80,000 miles means sometime between 2008 and 2009 according to the MOT history. The online record also shows that it has been off the road (or on a forecourt) for some time, having last passed a test in March 2018. But there doesn’t seem to be any terrors beyond that, with advisories and fails for lumpy and worn tyres, non-functioning lights and a broken spring, but no mention of the structural corrosion that can really get its teeth into any E46. The vendor reports a service has been carried out just 200 miles ago and also that the car sits on fresh tyres. Both good points, and it will presumably also get an MOT before being sold. The limited set of pictures also show what appears to be parking dings and some lacquer peel on the rear bumper.

There are other risks with an E46 M3, the biggest being the infamous boot floor cracking issue. This happens around the subframe mounting points and can initially spread invisibly before turning the bottom of the luggage compartment into a slasher flick. Many cars were fixed by BMW under warranty or goodwill, and others have received aftermarket repairs to varying standards – but experts reckon it will happen to all untreated cars eventually. Other ongoing spend will be higher than that required for a lesser 3 Series: the advert for this one claims the service history includes receipts totalling £30,000. Which is either reassuring or scary, depending on how you look at it.

This one certainly looks ready for some more adventures. If E46 M3 values continue their steady rise, then it won’t be long before cars like this one cease to be affordable for those looking for something to be driven rather than treated as a speculative investment. And cars like this are definitely intended to be driven. 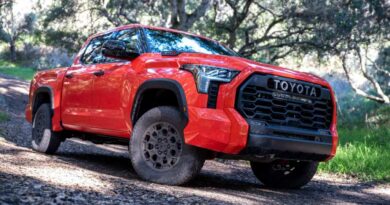 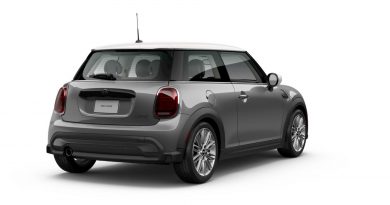 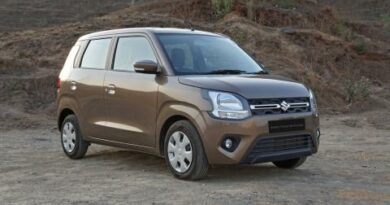 Budget 15 lakh: Need suggestions for a car to replace my Dad’s WagonR