It was 10 years ago now that BMW unleashed the 1M Coupe onto the world. In limited numbers for the UK, as is well known, but what a car. The potential that had quite clearly existed in the 1 Series Coupe was realised in spectacular fashion. Some had reservations about using what was a tuned 135i motor, though they didn’t last long – the 1M was, and is, an M car icon.

It also proved BMW’s willingness to usher its smallest model into the M car fold; it had never done so with the 3 Series Compact (although had flirted with the idea) and it took until the final year of E8x production for the Coupe. But it happened, and it was brilliant – hopes were high that BMW wouldn’t hang around so long in future with proper high performance 1 Series models.

It didn’t, and in the process created some fantastic cars. The M2 has been a hit in all its forms, and BMW M Performance cars arrived in memorable fashion with the M135i and M235i. Previous six-cylinder hatchbacks from BMW hadn’t quite hit the spot; the M135i, which debuted all the way back in 2012, most certainly did. Since then, through various LCI updates, the M140i, the M240i, M2 Competition, M2 CS and more, BMW finally delivered on great small cars with burly straight sixes. It had to happen eventually!

And while we live in hope that the next 2 Series will retain its straight-six power and rear-wheel drive, the days of 3.0-litre BMW hatchbacks are most certainly done. The compromises necessitated by a rear-wheel drive layout hobbled the rest of the 1 Series range with a cramped interior – not ideal in what is ostensibly a family hatch. There’s no doubting the current car is better in that regard (by a mile, in fact), and that the M135i xDrive is better flagship than many give it credit for, but something was undoubtedly lost in the transition. It was inevitable, sadly.

However, anyone eyeing up a used six-cylinder 1 Series is now spoilt for choice. Between the N55-engined M135i and later B58-powered M140i, there are 182 cars for sale on PH – that isn’t including any of the 2 Series, either, so buyers can afford to be extremely picky.

In amongst all of those, this M140i is unique. It’s red, it’s three-door and it’s manual – there isn’t another one in that spec for sale. An old school hot hatch spec for what’s looking more and more like an old school kind of car. Though some might prefer the larger iDrive screen, this one has plenty to recommend it: full service history, one owner, offered for sale at a dealer specialising in BMW.

With just under 27,000 miles recorded, it’s for sale at £20,500. Early, high mileage M135is are around for half that, and the very last cars can command £25k – there really is one to suit almost every budget. Perhaps more crucially, there’s nothing quite like them either, by virtue of what’s under the bonnet. The M Performance 1 Series is the BMW sports saloon experience concentrated into a hatch – which is probably why it proved so popular. Don’t expect that to wane one bit in the coming years. 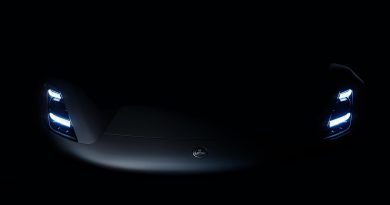