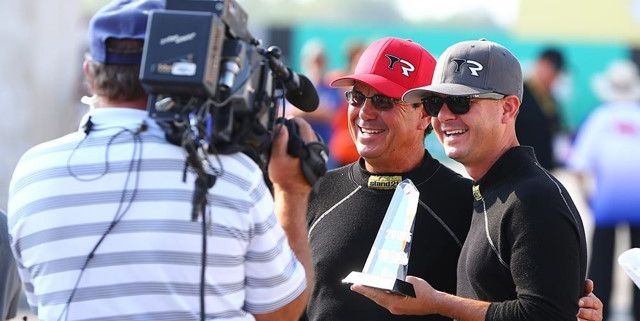 They’re ranked first and third in the NHRA’s Top Fuel class standings (exactly like they were in 2020’s final points) as the Countdown to the Championship continues this weekend at Concord, N.C.

They live across the street from one another.

And they both openly dislike the Countdown.

Father Billy Torrence, a two-time 2021 winner and winner of the most recent race on the Camping World Drag Racing Series tour, and Steve Torrence, the points leader virtually all season and victor at eight of the 13 completed events, have taken curiously different courses in playing along with what Dad calls “The Loser Appreciation Program.”

When he won the Mopar Express Lane Nationals last Sunday at Maple Grove Raceway near Reading, Pa., Billy Torrence received his trophy and said, “I don’t care too much for the Loser Appreciation program, but you know, we’ll take it.”

Later, in conversation with reporters, he said, “I’m not an advocate of The Loser Participation Program. I think I’ve started out about 900 points behind (Editor’s note: 768, for the record). If I were to actually win the (season championship) trophy, I’d give it away.” 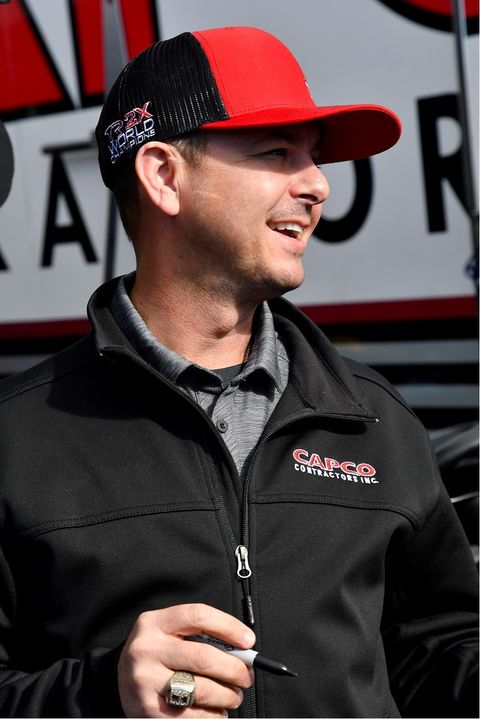 Steve Torrence, meanwhile, is pursuing his fourth consecutive series title, but he has contended that if the Countdown didn’t negate all the hard work teams do to earn legitimate positions in the standings, he would be seeking his fifth straight.

In 2017, Brittany Force started the Countdown 562 points behind in sixth place before the NHRA reset points to bunch the top 10 in 10-point increments. That allowed her to zoom in and claim her lone championship. Torrence knows she took the crown fairly, according to the rules. But he expressed complete contempt for the concept.

He said four years ago, “It is what it is. This whole NHRA deal with the welfare points system is just a crock of crap. You come out here and race for 24 races and you only get to count six. Brittany got hot in the last few races and did good, and you can’t take that away from them, but those guys wouldn’t even be in contention if it wasn’t for this bullshit points system they’ve got. So it is what it is and we’ve got to play by their rules.”

Here she is again, chasing him in a Countdown that has expanded to seven races with the addition of race at Bristol, Tenn. But she isn’t the issue.

“You throw all the hard work away that you’ve done to get here, and you reward a guy who was 500 points out of winning the championship and really no threat, and now that guy’s in the middle of everything,” Steve Torrence said then. “I don’t think it’s indicative of a true champion and who really had the better car all year, just who had the better car for the last six races. You have to work [in the so-called “regular season”] to be the top seed. Then you throw all that work away.”

He offered a somewhat-palatable solution: “I would be more of a fan if they would structure it to where you cut your points in half. That would be more fair.”

However, he said, “They’re not going to change it,” he said, “so we’ve got to race and do what we can and try to win every lap you possibly can.” 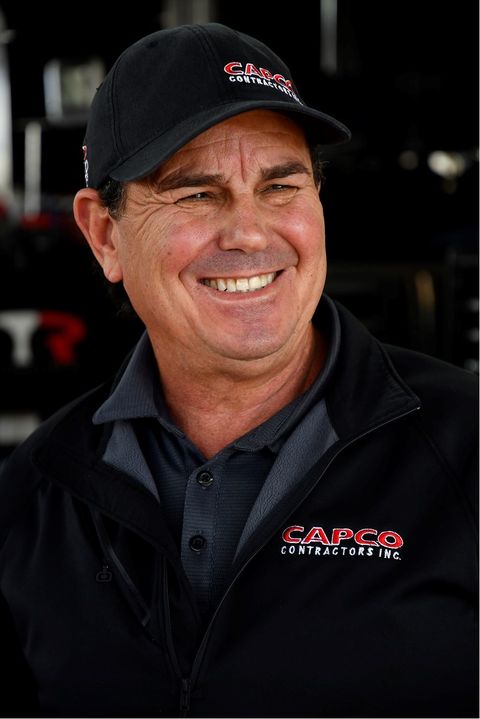 So the Torrences have voiced their opinions but know those won’t change matters. So they compete within the established structure, Steve doing what he has to do to maintain his dominance and Billy performing his best in an effort to help his son’s quest.

Fellow Top Fuel racer T.J. Zizzo coined the term “super part-timer” to describe competitors who strategically enter the events they choose to run for financial and/or scheduling reasons but are a threat to the tour regulars every time they show up. And Billy Torrence certainly is one of them.

He won the New England Nationals June 13 at Epping, N.H. and is perfect in two finals this season. But because of Billy Torrence’s feats, the NHRA has modified its Countdown. In January 2020, the NHRA announced that any non-top-10 racer was eligible for a title if he/she appeared at every race on the schedule and made at least two qualifying runs.

The sanctioning body eventually shelved the Countdown last year because of a COVID-shortened series, but the pre-Covid Countdown rules apply to this season. And this year, across all four pro classes, three non-top-10 racers entered the Countdown, all with decidedly losing records—Funny Car’s Jim Campbell (2-13), Pro Stock’s Kenny Delco (1-11), and Pro Stock Motorcycle’s Cory Reed (5-9).

Even among the top 10 racers in all four pro categories, seven overall had race-day records below .500 – one seeded as high as fifth. It’s understandable why those who disapprove of the “Everybody Gets A Trophy” theory are not fans of the NHRA’s Countdown.

Billy Torrence has said before that he races “by invitation only” from team-owner wife Kay Torrence and that he simply competes for fun and, when necessary, to run interference for his son.

“I love to race,” he said. “I get out and race my (sportsman-level) Super Comp car as often as I can. Just racing is fun. I think Steve and, we’d foot-race if that’s all we had. We’d race wheelbarrows, motorcycles, bicycles, you name it. We’re going to get out and race.”

For the Capco Contractors founder, participating simply is a diversion from the hard physical labor he encounters for 12 or more hours a day in the field and the office: “We could be running up and down one of them pipeline right-of-ways, welding piping. Just to get out here and hang out with everybody and race those cars, we’re going to be automatic having fun.”

But when it comes to engaging in a pressure-packed Countdown battle with anybody, he’s not interested in losing a match-up, nor is he interested in getting wound up in the drama.

“I get out here, and these guys (his Jason McCulloch-led crew) just make me look good. I try to do the best I can. There are some people who are race-car drivers, and I can just drive a race car. That’s basically it. I had a good car,” Torrence, 63, said after winning Sunday. “I’m not near the driver to get around, but I still have a good time. And like Steve, I’m going to take all the wins I can get.”

This weekend at zMAX Dragway in the DeWalt Carolina Nationals, Steve Torrence could become the first pro driver in any of the NHRA car classes to win six consecutive events at one venue. He shares the record of five with legends Bob Glidden and John Force, but those came in traditional two-car format, while Torrence’s streak includes four-wide races in which the top two in each quad advance.

Regardless of what Steve Torrence thinks of the Countdown, he said, “It won’t change the way we do things. We go out and try to win every race. That’s what we’ve always done. I’m competitive by nature. Whether it’s going out and racing a Top Fuel car, racing Super Comp with my dad, playing golf with my buddies, or flipping quarters, I want to win, whatever it is. If we’re going to color in the coloring book, I want to be the best. That’s what drives me and not only to win, but to be the best, not to just barely win or barely get by, but to make a statement.”

He said, “Now I’m going to be looking over both shoulders, over one for Brittany and Grubby (Force’s crew chief, David Grubnic) and over the other for my old man.”

But it won’t be because his dad puts any stock in The Loser Appreciation Program.

After the U.S. Nationals, the top 10 racers in the standings in each of the four professional categories—Top Fuel, Funny Car, Pro Stock, and Pro Stock Motorcycle—qualify for the Countdown to the Championship. That gives those top 10 drivers in each class seven more “playoff” races to vie for the championship.

• The top 10 drivers in the regular-season points standings are eligible for title consideration.

• In Top Fuel and Funny Car classes, drivers who compete at each regular-season event and participate in at least two qualifying sessions at each event will also earn their place in the playoffs.

• Points are reset among the qualifiers ahead of the first Countdown race, with the leader enjoying a 20-point cushion ahead of the No. 2-seeded racer.

• The remaining qualified drivers follow and are separated in 10-point increments.

• Unlike playoffs in other sports, non-qualifiers are not eliminated. The NHRA welcomes them to participate in the Countdown races so the 16-driver fields can be filled, optimizing the show for the fans.

• What’s in it for the Countdown non-qualifiers is threefold. Those drivers can be spoilers, scrambling the points a bit. The can still claim top event prize money. And they can use the extra track time to go into test mode for the next season.

GETTING STRAIGHT TO THE POINT(S)

Top Fuel Standings at close of 2021 NHRA Regular Season (after U.S. Nationals) and standings after first of seven Countdown races: 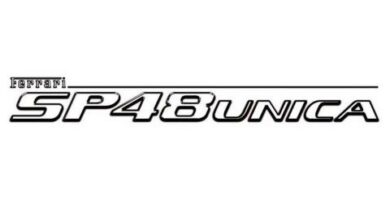 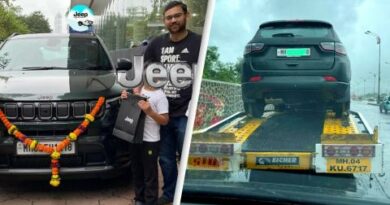 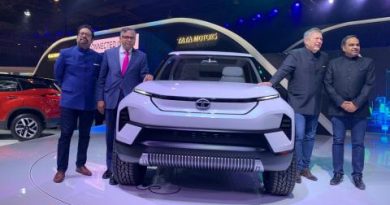