TPMS is possibly one of the most understated yet very crucial safety features for a two/four-wheeler.

BHPian JoshMachine recently shared this with other enthusiasts.

A Tyre Pressure Monitoring System, or TPMS, is possibly one of the most understated yet very crucial safety features for a two/four-wheeler.

For the uninitiated, the TPMS is defined as “a system fitted on a vehicle, able to perform a function to evaluate the inflation pressure of the tyres or the variation of this inflation pressure over time and to transmit corresponding information to the user while the vehicle is running”.

Through this thread and the associated poll, the intention is to gather views about your experiences regarding the usage of TPMS so that the wider audience gets to understand and ultimately use it for improving their own safety.

Personally, even though I was aware of TPMS, I saw it used in the mainstream only about 3-4 years ago when I started seeing folks buying external tyre sensors. However, now that I have a car which has an in-built TPMS, this has made me aware of its importance explicitly.

In this thread/poll, firstly, I have tried to call out certain merits of having this feature. Then, have tried to distinguish between the various categories.

The dynamic behaviour of a pneumatic tyre is closely connected to its inflation pressure. Key factors like braking distance and lateral stability require the inflation pressures to be adjusted and kept as specified by the vehicle manufacturer. Extreme under-inflation can even lead to thermal and mechanical overload caused by overheating and subsequent, sudden destruction of the tyre itself. Additionally, fuel efficiency and tyre wear are severely affected by underinflation. Tyres do not only leak air if punctured, but they also leak air naturally, and over a year, even a typical new, properly mounted tyre can lose from 2 to 10 psi, roughly 10% or even more of its initial pressure.

Some no-brainer advantages of having a TPMS:

The European Union reports that an average under-inflation of 40 kPa produces an increase in fuel consumption of 2% and a decrease in tyre life of 25%. The European Union concludes that tyre under-inflation today is responsible for over 20 million litres of unnecessarily-burned fuel, dumping over 2 million tonnes of CO2 into the atmosphere, and for 200 million tyres being prematurely wasted worldwide.

Now onto the different types of TPMS:

To elaborate, an indirect TPMS typically relies on wheel speed sensors that the anti-lock brake system uses. These sensors measure the rate of revolution each wheel is making and can be used by onboard computer systems to compare with each other and to other vehicle operation data such as speed.

Based on the rate of revolution of each wheel, the computer can interpret the relative size of the tyres on your vehicle. When a wheel starts spinning faster than expected, the computer calculates that the tyre is underinflated and alerts the driver accordingly.

Examples: Since the Indirect TPMS is part of the ABS assembly, so an aftermarket setup is difficult to find. The car manufacturers integrate the sensors directly during production.

Directly measuring, hardware-based systems. In each wheel, most often on the inside of the valve or the rim, there is a battery-driven pressure sensor which transfers pressure information to a central control unit.
Further, sensors in a direct TPMS may even provide tyre temperature readings. The direct tyre pressure monitoring system sends all of this data to a centralised control module where it’s analysed, interpreted, and, if tyre pressure is lower than it should be, transmitted directly to your dashboard where the indicator light illuminates. A direct tyre pressure monitor usually sends all of this data wirelessly. Each sensor has a unique serial number. This is how the system not only distinguishes between itself and systems on other vehicles, but also among pressure readings for each individual tyre.

A TPMS is a great thing to have in your car. Although the methods may be different, both direct & indirect systems serve the same purpose and activate the same indicator light.

Even though a TPMS can deliver accurate alerts when properly maintained, it’s not a replacement for manual air pressure checks, consider it just another item in your car maintenance checklist.

Now onto the poll, hoping that the above information has provided you with adequate information to make an informed choice.

Request you to answer the poll Qs and share your views & experiences, as applicable.

Have indirect TPMS and hate it. It only detects a difference in tyre pressure at speeds above 60-70 km/h. The last time I had a flat tyre at crawling speeds, it didn’t even alert me. There is no substitute for proper TPMS, having accurate PSI readings is also such a boon.

This happened at low city speeds. My TPMS thought “all is well”, not even a warning: Here’s what BHPian dhanushs had to say on the matter:

Since JK Tyres have launched their “Smart Tyres”, i.e, tyres with TPMS, and since the local JK Dealer is a friend, all my vehicles have JK Tyres TPMS.

Never really had a problem with the tyres, but, does help when I air down the Montero tyres for Off-road trails.

Here’s what BHPian MSC had to say on the matter:

I have the Hyundai Venue 2020 model which came with the low line type of TPMS. Frankly speaking, this type of TPMS ie the low line type is as good as having nothing. It doesn’t give any tire pressure or temperature reading. It only illuminates the warning lamp on the instrument cluster of the car when any tire has a pressure lower than 7-8 psi than the recommended one.

The biggest folly is that you never know which tire is the culprit. If any tire is punctured and has seriously low pressure, you can make it out visually, but if it’s just a fresh hit, you need to check every single tire manually.

And to make matters worse, if I change the tire with the spare one, it will keep showing the warning lamp on the console till I visit the Hyundai service station and get the sensor deactivated or else till I get the original tire repaired and fix it back at its place.

Here’s what BHPian SS-Traveller had to say on the matter:

I’m an early adopter of direct TPMS – in 2009, my Scorpio VLX had internal direct TPMS with constant tyre pressure and temperature display on the dashboard. The tyre sensor batteries lasted for over 9 years, and I’ve never had to replace them in all the years the car was with me. The only potential problem with an internal sensor is if the tyre deflates completely and rolls, the sensor would break and need replacement. But that’s what TPMS is for, to prevent the driver from running (and ruining) a completely flat tyre!

Since then, I’ve also used the cheap TPMS with external sensors on my other cars (had procured a few sets from Aliexpress when they gave them at throwaway prices), and haven’t had any issues apart from needing to replace the batteries once (CR1620 button cells IIRC), because the reading started going haywire. I’ve not had an issue with sensor theft yet, but once lost a little rubber gasket from one of the sensors – that took me a while to find, and I now have a couple of spare gaskets. These cheap units are by and large reliable and durable, though I tend to remove them from the dashboard top during summers (the heat damages the LCD screen & solar panel).

I’ve managed to trigger a false positive warning on indirect TPMS in a Škoda Octavia when taking fast turns in the hills, due to wheelspin on one side, and that, coupled with the inability of indirect TPMS to read tyre temperature, is why I am not a big fan of the system. 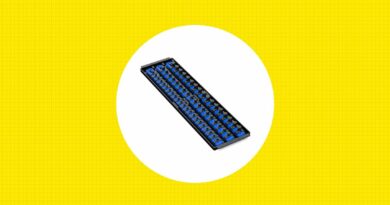 Trick Out Your Toolbox with These Helpful Accessories 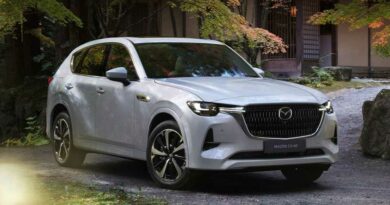 Mazda Will Focus on Larger Electrified SUVs, But Don't Lose Hope Yet